A Reverse Ranking of the Least Annoying San Antonio Spurs Ever 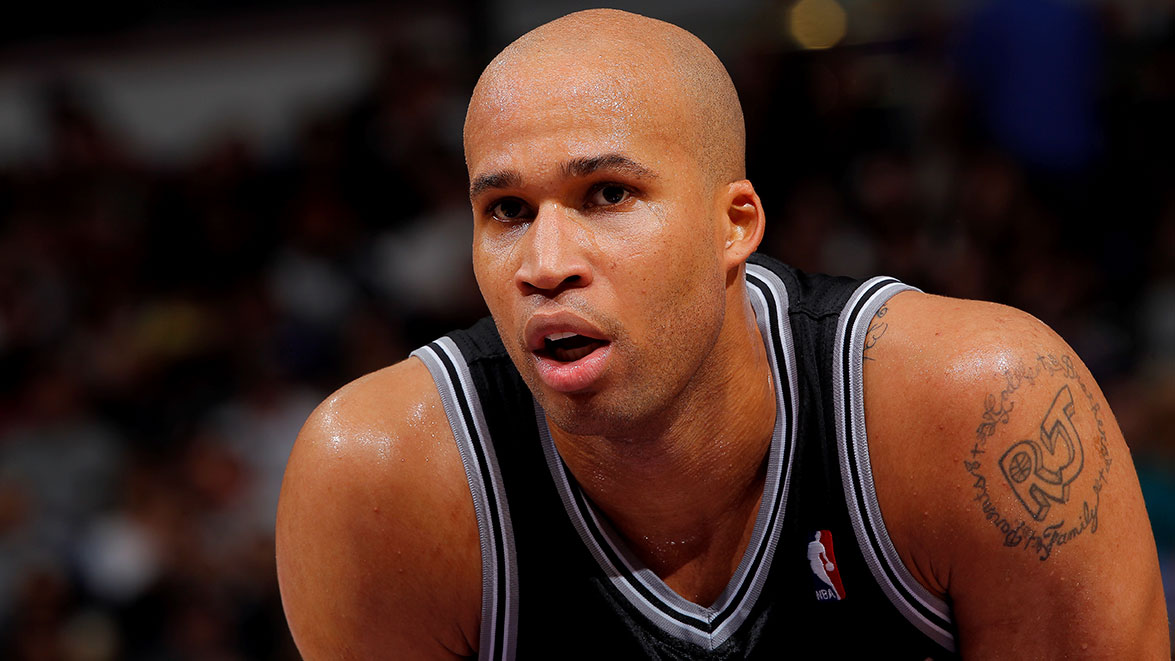 I like the Spurs — maybe a little too much, if that’s even a thing that can happen. When they play well, I love life and I love everything and I even love my children more than I would otherwise. When they play poorly, I hate life and I hate everything and I guess I don’t hate my children, but I definitely don’t feel like I love them as much as I do when the Spurs are winning. That’s a little thing called being a real fan.

However, I am not blind to a very real fact: The Spurs have employed an above-average number of annoying players, and (I suppose) basically every player the Spurs have ever had has been at least a little bit annoying. Tim Duncan, I imagine, is annoying to some, as are Manu Ginobili and Tony Parker. I’m sure there’s a whole subsection of the Internet dedicated to disliking Bruce Bowen or even beautiful angel of perfection David Robinson. Those five, though, are actually among the least annoying Spurs of all time. This doesn’t concern them. No, this is a reverse ranking of the least annoying Spurs players.

A reverse ranking is like a normal ranking, except instead of counting toward the best, or even toward the worst, it begins at an imagined bottom and works upward toward the least worst (but not the best). What that means is, OK, not including the random 10-day contracts and overseas hideaways, the Spurs have had 379 players since they first started in 1967 (back when they were accidentally calling themselves the Dallas Chaparrals, like that was ever a good idea). A normal ranking would end with someone being in first place. But that can’t happen here. There’s no first place in Least Annoying Spurs Players history. There’s just a not-last place.

Man. What a toad. He played just one season for the Spurs. He was supposed to be this cool, young, showstopping shogun. And I was real excited when they brought him in because he dunked in a game once and dribbled through his legs once, things I’d only ever heard about but had never really seen any Spurs player actually do. Anderson never panned out, though. For all of his talents, he mostly just spent his time in San Antonio referring to himself as “the X factor” in TV interviews. He got hurt during the Spurs’ playoff series against the Mavericks that year after being upended by Juwan Howard on a drive and dislocating his shoulder. Howard was the least fabulous of the Fab Five. Any player who gets hurt by Howard automatically defaults to the bottom of every list.

Jefferson was absolute murder when he played for the Nets. He helped them to two straight NBA Finals and was seen as their most devastating two-way player. (Bill Walton all but started calling him the next Michael Jordan during the 2002 Nets-Lakers Finals.) That’s who Spurs fans thought they were getting when Jefferson showed up. But we didn’t get Murder Jefferson. By the time he got to us, he was, like, Shoplifting Jefferson, or maybe Shouted Something Mean at You From Across the Street Jefferson. No thank you, ma. Go away forever, ma.

The late, great, Dwayne Schintzius looked like Ivan Drago from Rocky IV, but he played like the little fat kid Rocky’s son beats up in Rocky V. I will never understand how you could be 7 feet tall and average fewer than three rebounds and one block per game. Here’s a very perfect Schintzius highlight video from when he was with the Celtics. It’s basically exactly the same as his Spurs highlight video.

We thought we were getting:

Parker won his first championship in 2003, but it wasn’t until 2005 that Spurs fans began to really trust him, and it wasn’t until 2007, when he won Finals MVP, that we fully stopped disliking him. From 2001 to 2005, he was just a too-small point guard with aggressive eyebrows who couldn’t shoot a jumper. (If you’ll recall, Pop benched him at the end of Game 6 in the 2003 Finals, opting instead to trust his championship in the hands of Speedy fucking Claxton.) He seemed squeamish and insecure; he’s even had interviews in which he’s described his former self as such.

Today, Parker is a fire-tested vet, an unquestioned legend in San Antonio, an unstoppably likable hero who 100 percent has earned the loyalty of Spurs fans forever. He could murder my whole family, and I’d testify at his court case like, “Yeah, but do you remember that crazy jumper he hit in Game 1 of the 2013 Finals over LeBron, your honor?” He wasn’t the immediate commodity that Timmy was, or even the immediate sensation that Manu was, but that only made him more beloved. I for real named my third son Parker because of how amazingly Tony played in the 2012 playoffs. That’s a real thing. But back then, back in the early part of his career, man, get 2004 Tony Parker all the way outta here.

This is absolutely a retrograde decision, inspired by his signing with the Mavericks and then turning into a Spurs foil when they played the Mavs in the playoffs last season. If Blair had stayed in San Antonio, he’d have had a statue built up in his honor in front of every H-E-B in the city. He was the kind of player Spurs fans adore: a superheroic workhorse stretching well beyond the limits of his own physical capability. Instead, he left, and so now his name is always followed by “… what an asshole.”2

He probably hung out with Derek Anderson a whole bunch, that’s my guess. He was a toad.

The Spurs actually jettisoned Daniels in favor of Parker, which is especially crazy if you consider that letting Anderson leave is how they ended up getting Ginobili. The Spurs keep Antonio and Derek instead of getting Tony and Manu and, oh great, now I gotta go cut my own head off for even thinking that thought.

Semi-related: The very best thing of all is when a player you don’t like on the team you do like leaves for somewhere else and has a moment when he’s dunked on real bad or misses a wide-open game winner or whatever. The very best instance of that was Daniels leaving the Spurs, eventually finding his way to the Wizards, and then having all the tendons and ligaments snatched from his legs by Allen Iverson:

I went to church that whole next week and prayed thanks to our cornrowed Lord and Savior A.I.