A Hater’s Take on DeAndre Jordan in Dallas 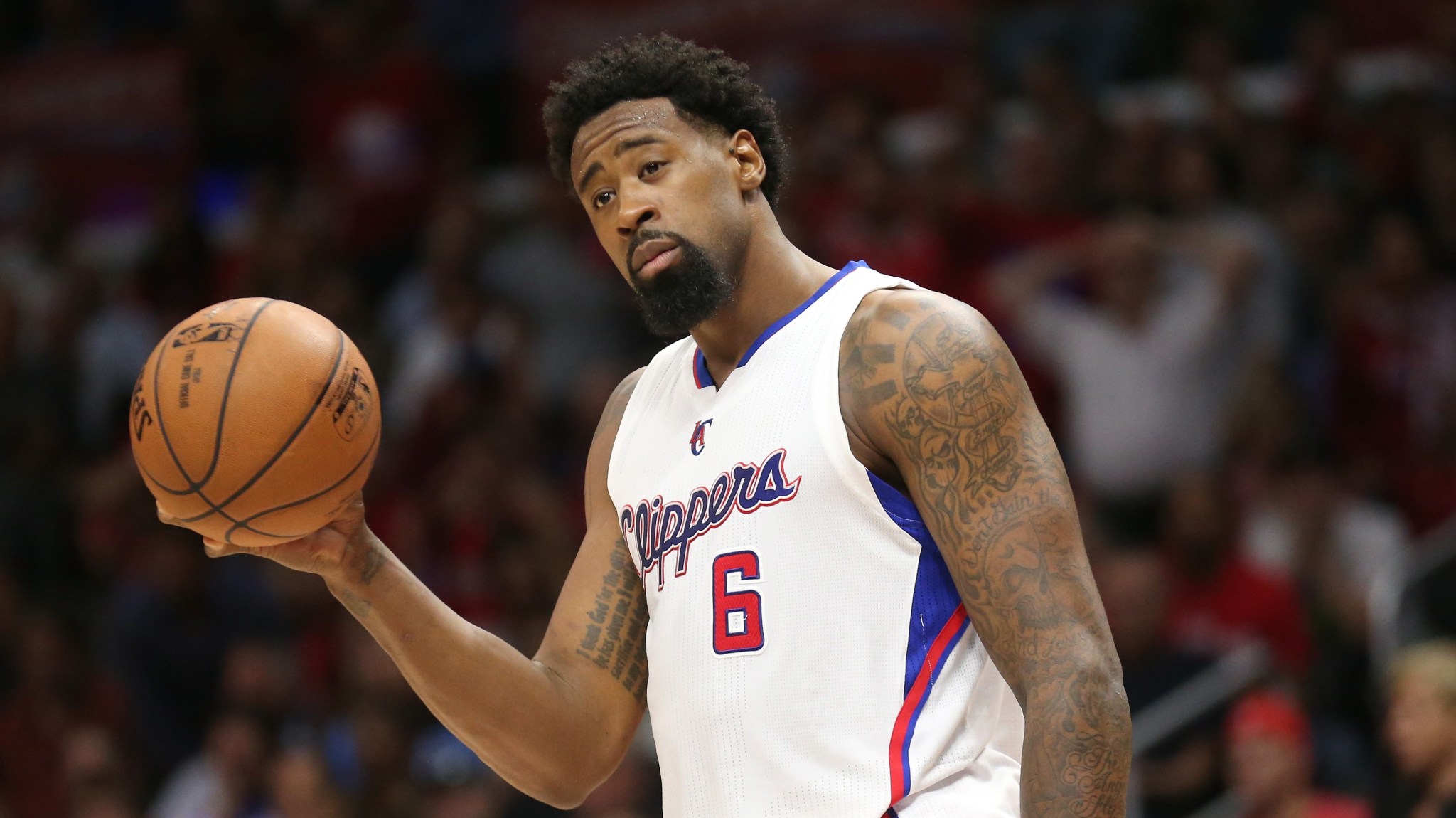 Ever since rumors leaked that DeAndre Jordan was seriously considering the Dallas Mavericks in free agency, I’ve had this voice in my head. It’s the voice of a hater, and it just won’t stop. I’m not proud of it. But now that Jordan is officially joining the Mavs,1 I have to vent for a second.

And why did he sign a four-year deal? If he was going to make a horrible decision, at least he could’ve given himself the flexibility to get paid again in two years. Was Chandler Parsons really that impressive?

I believe this is the fifth straight night that Chandler Parsons dined with DeAndre Jordan.

Also, if anyone can be wooed by Chandler Parsons, isn’t that a strike against them? Putting faith in Parsons is not that far off from sinking your fortune into Turtle’s tequila company.

Don’t get me wrong, skepticism about the Clippers’ future makes sense:

As for the Clips. DeAndre has concerns about roster. Doesn't know if it will age well. Worries what happens with only 2 years left of Blake

But how much thought did Jordan give to the future of the Mavs?

Look at what the Spurs have done to build around Tim Duncan over the past five years. They’ve drafted well, they’ve developed castoffs into affordable role players, and they’ve stayed flexible. Now imagine the opposite of that. That’s how the Mavericks have been building around Dirk Nowitzki.

They’ve drafted nobody, they’ve paid role players (Parsons and Wes Matthews) like stars, and their actual role players are a disaster. Jordan worried about Blake Griffin leaving in two years? Dude. J.J. Barea was just playing 30 minutes per game in the playoffs.

Granted, we’re living in the same summer in which the Kings tried to reunite Monta Ellis and Rajon Rondo. But outside of Sacramento, I don’t think anyone will find more delusional logic than what the Mavs are rocking with right now.

“I was basically just telling him that we want you. You’re our priority. We believe that you can be a 20 and 15 a night kind of guy. We think that you are the best center in the NBA, and we think that there’s no other place better than Dallas [to prove it]. With coach [Rick] Carlisle’s system, adding guys like me and Wes and Dirk, savvy older veteran point guards like J.J. [Barea] and Devin [Harris] and Raymond [Felton] all around you, we can make you the best player possible that you can be.”

I still can’t decide what’s most insane from that Parsons quote.

Good god. This just makes me sad. I understand how we got here. I really do. Jordan wanted to carve out his own starring role, he wanted to get away from Chris Paul …

Jordan and Chris Paul had gotten into it more than once, which led Jordan to start seriously contemplating what it might be like to play elsewhere in 2015-16. He was tired of Paul’s constant barking and petty gestures, like distributing high-fives to the three other guys on the floor following a timeout but somehow freezing out Jordan.

That part makes sense. Everyone would want to walk away from this:

But when the alternative to daily life with Paul is tying your professional fortunes to Parsons and Matthews, shouldn’t that trump any emotional concerns? It’s one thing to hate the people you live with; it’s another to join a house that’s crumbling before you move in.

Besides, life with the Clippers had its perks. Jordan never got blamed when things went wrong, and when the season ended, he was in Hollywood. On the court, CP3’s passing is probably the biggest reason Jordan grew into something better than JaVale McGee on offense, and Doc Rivers helped him turn into a real weapon on defense. Neither of these guys has been perfect, but they were so, so perfect for DeAndre.

The Mavs? They are the anti-Sixers — this is the team that refuses to accept it’s time to start over, and it won’t stop until Mark Cuban has overpaid every third banana in the league to try to steal the seventh seed. Jordan doesn’t need to be dragged to the middle with the rest of them. He was so much fun as the dunk-everything defensive specialist who rebounds like Bill Russell. He will be so much less fun as the poor man’s Dwight Howard, trying to prove he can be an MVP candidate. Why does he need to prove anything? Who cares? Wasn’t he a million times better as the world’s most overqualified role player who popped up on Jimmy Kimmel every few months? How did we let this happen?

And now we’re back to where we started. 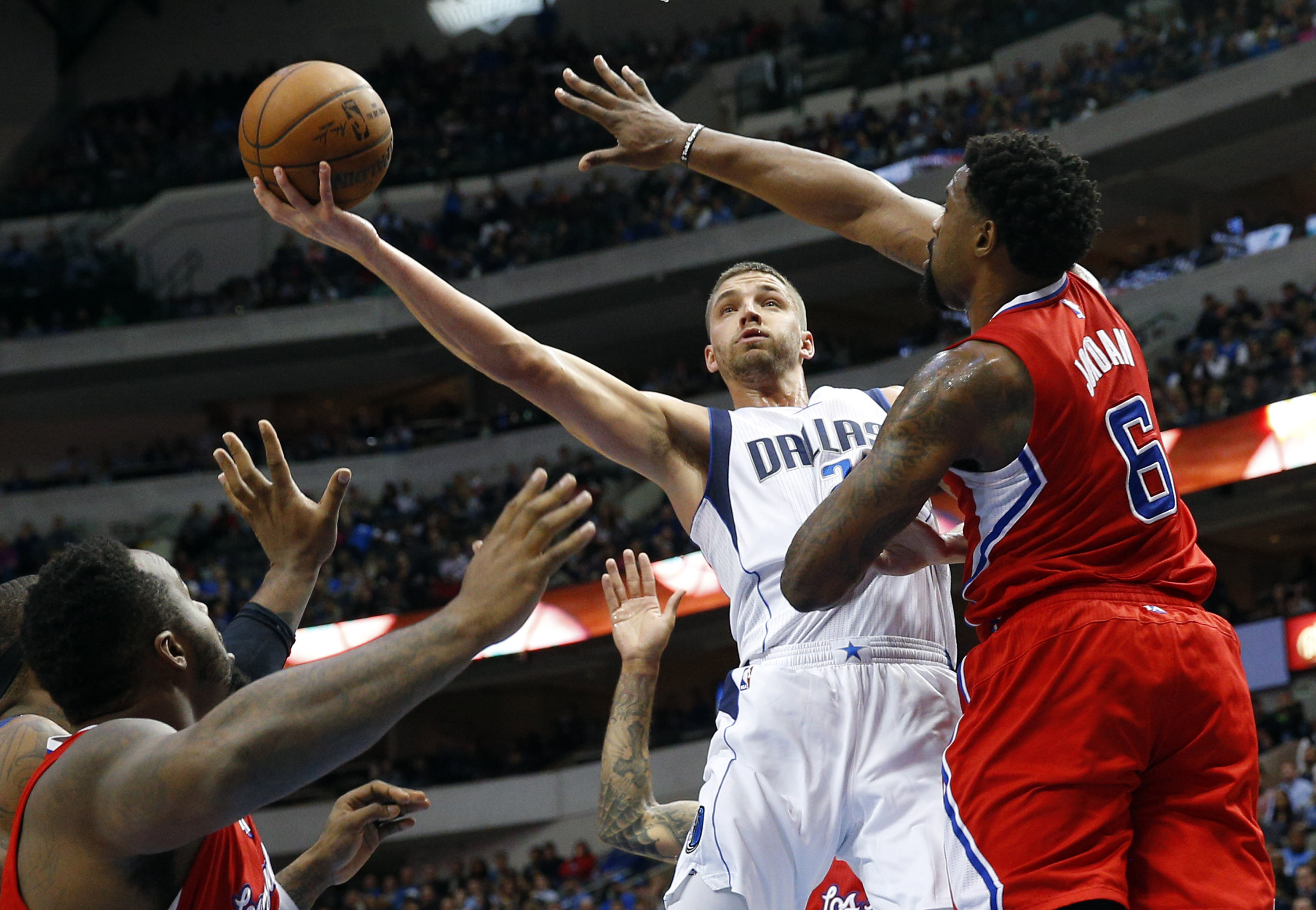 Who knows? The hate might sound ridiculous a year from now. Dallas always finds a way to be decent. Maybe the extra space playing next to Dirk will free Jordan up to wreak havoc off the pick-and-roll, and maybe he really will drop 20 and 15 every game. Maybe Parsons is due to blow up, maybe Matthews will come back as good as ever, and maybe Dirk can keep things going one more year. Maybe having Jordan in place next summer will make it easier for the Mavs to add another big piece.

Or maybe the Mavs won’t get any better, but Jordan and Parsons will start a reality show and live happily ever after — much happier as an eighth seed than Jordan would have been on a 3-seed with Paul. Maybe that’s what’s most important.

Regardless, it’s hard to fault anyone for having big dreams and the guts to act on them. We just watched every other big-name free agent play it safe. From LaMarcus Aldridge to Kevin Love to guys like Greg Monroe or Ellis, just about every star on the market chose the best basketball situation. Except DeAndre Jordan. That’s where the haters and I are missing the point. Whether you agree with it or not, this decision was so crazy and emotional and impulsive, we should all be rooting for it to work.