Here’s a look at the relevant vendettas carrying into the 2015-16 NBA season, on a sliding scale of beefiness. 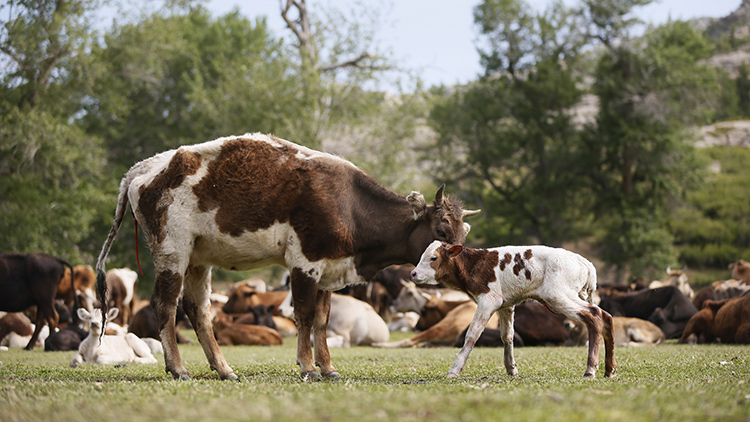 Old Chief Triangle, the Zen Master — that tangy, wizened product of the flower-power generation whose acid-singed philosophies on life and basketball, pressed between the pages of his multiple tell-all books, will be preserved for generations to come — has forgotten more about basketball than Bargs or Son of Larkin are likely to ever know. That does not reflect poorly on them; Ol’ 11 Rings simply has a multi-decade lead in existing as a living being on Earth.

Everything you need to know about the coming season.
Still, criticism never feels great, and it feels increasingly less so in direct proportion to the stature of the appraiser and accuracy of the dart to sensitive places. Bargs — dragged dumbly into the NBA’s hype machine in the wake of our collective desire for more Dirk Nowitzkis — came over from Italy to become the first European player to be drafted first overall. Shane Larkin is the son of baseball great Barry Larkin. Last season, both helped make history by contributing to the shittiest (by record) Knicks team ever assembled.

As parting gifts, Knicks president Phil Jackson got them a weirdly anatomically specific comment about the relatively doll-like expanse of Son of Larkin’s hands and a cryptic thing about Bargs being “a big tease.”

Neither seemed particularly thrilled about it, adding just a hint of salt and vinegar to the meager laundry-water soup that is the Knicks-Nets rivalry.

Is this episode related to Klay Thompson’s ex-girlfriend — Instagram model Hannah Stocking — putting the wooden-faced shooting guard on blast for apparently cheating on her? I’m pretending it is.

Had this been any other year, Whiteside’s tweet would have come and gone peacefully.

But this was the year when the Warriors — powered by all-purpose defender and cutting-edge avatar of the small-ball movement Draymond Green — dominated the league to the tune of 67 regular-season wins on their way to an NBA title. Among Green’s numerous talents is an abnormally low fucks-given rating (FGR). Which is to say: This is not his only appearance in this column! Dray apparently has a Google alert set up for “small ball.”

The Sixers are still in the midst of a multi-year tanking strategy that sells short on winning in favor of acquiring low-cost, potentially high-reward assets as a way to build value over the long (like, super long) term. In a sense, then, it makes total sense that Philly’s one league beef would be with a freaking bank. Short version: In 1994, CoreStates Bank, which is now part of Wells Fargo, entered into a $40 million, 29-year1 deal for the naming rights to the former Spectrum Arena. That cash, 21 years into the 29-year2 deal, apparently does not add up to much, if anything, of substance to the current Sixers regime, who would like the bank to kick in some cash. Wells Fargo’s stance is basically, “Nah.” So Philly is now minimizing the bank’s on-court logo and removing its name from various signage, and their on-air personalities are referring to the arena simply as “The Center.” 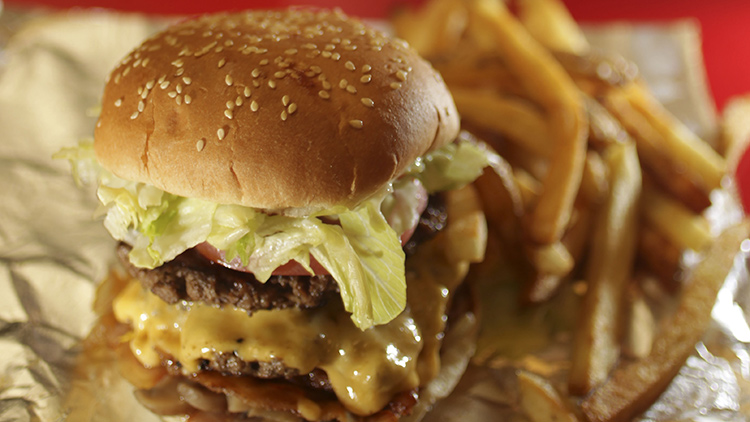 Chicago and Milwaukee are only 90 miles apart, but that proximity hadn’t fully fermented into contempt (at least in terms of the NBA) until just last playoffs. The Bulls triumphed in six games over the upstarts just up Lake Michigan; the denouement was a nearly 60-point scourge that saw Dark Giannis emerge from his chrysalis of innocence, spread his wings, and soar downcourt to knock Mike Dunleavy Jr.’s low-key dirty ass into the expensive (for Milwaukee) seats, many of which were being inhabited by Bulls fans.

The Clippers are the team most other Western teams hate. They whine about every call; they’re spurred on by Doc Rivers, whose motivational style involves boosting his players’ confidence meters firmly into irrational while simultaneously creating an “everyone is against us” seige mentality. Nobody does it better.

The Grizz, meanwhile, are like the Clippers’ alt-dimensional grime twin. Where L.A. has the transcendent athleticism of Blake Griffin and DeAndre Jordan, Memphis has partners in grime Marc Gasol and Zach Randolph. Like Superman and Bizarro Superman, it’s only natural that they would hate each other from jump street. Their two playoff meetings (2012, 2013) and various regular-season donnybrooks have generated enough animosity and near-brawls to create a respectable top-five Z-Bo vs. Blake moments list. Grizz fans still speak with reverence and awe more befitting a UNESCO World Heritage Site about the moment in the 2013 playoffs when Randolph momentarily one-hand strangled Blake as the two writhed around on the court.

The Clippers are now clearly the better team, which kind of makes this feud even greater. 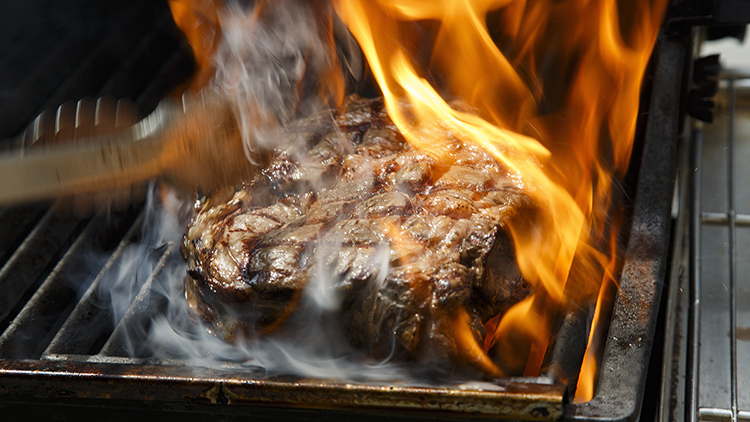 During this past summer league, I was chatting with a super-low-level Mavericks employee who doubled as a bottomless fount of Daryl Morey slander. This beef loses some of its juiciness simply because the Mavericks are going to be high-key bad, but don’t discount the roots-deep animosity that these two franchises have for each other.

For more on the best beef of the summer, please refer to last month’s breakdown.

Barnes and Fisher were former teammates with the Los Angeles Lakers and “good friends at one point.” Fisher is apparently in some kind of relationship with Gloria Govan, Barnes’s estranged wife, which precipitated a Barnes-being-Barnes physical confrontation between the Knicks head coach and Grizzlies swingman. New York and Memphis are scheduled to play twice in early 2016.

What follows is an incomplete list of Clips-Dubs beef moments.

October: DeAndre Jordan objects to a hard professional foul from Andrew Bogut and the two exchange shoves. It will later be reported that among the numerous things the Clippers don’t want to share with the Warriors is the holy word of Jesus Christ. Before the aforementioned game, the Clippers had refused to pray with their upstate rivals and had the Warriors barred from the chapel.

December: Keeping with the theme of schismatic religious thuggery, during the nationally televised Christmas Day game, Draymond Green tagged Blake in the esophagus with a people’s elbow, garnering a well-deserved sojourn to the locker room. Andrew Bogut and Blake also got into a shoving match. Will nobody think of the children? Blake later calls the Warriors’ Christmas Day play “cowardly.”

May: The Clippers knock the Warriors out of the first round in seven games. After the game, a unnamed Clips assistant allegedly hollers “It’s a little quiet in there” several times outside the Warriors locker room. Which is awesome. If you beat your hated rival in seven games, you have every right to liberally rub your victory in their faces. As the victorious Gallic leader Brennus told the Romans after sacking the eternal city, “Vae Victis.” Woe to the vanquished. The W’s took offense, naturally, and charged into the hallway. Arena security was required to calm the situation.

March: After the Clips fall to the Warriors 110-106, Doc Rivers, in full reality-distortion mode, implies that Warriors coach Steve Kerr held Draymond Green out of the fourth quarter to save him the indignity of being on the court during a potential Clippers win.

“That was pretty predictable; they didn’t want to take the risk of going 2-2 [in the season series] with their regular guys,” Rivers said. “You could pretty much predict they weren’t going to play everybody.”

To which Kerr replied, “Either that or we have a nine-game lead and a couple guys banged up. Somewhere in there.” It was actually a 10-game lead.

October: Doc Rivers, in a conversation with Grantland’s own Zach Lowe, suggests that the Warriors were “lucky” to win the title. “You need luck in the West. Look at Golden State. They didn’t have to play us or the Spurs.” Which is true in the most technical sense of the word. Every NBA champion, to some extent, gets lucky — with injuries or lack thereof, with the draw. That doesn’t mean that pointing it out isn’t a terrible look for a rival team. On the other hand, the first step to winning a title is believing you can win it, and Doc is just expressing that and in an appropriately Clipperish way.