The Surprising Second Life of the Unbreakable, Train-Wrecky ‘Smash’ 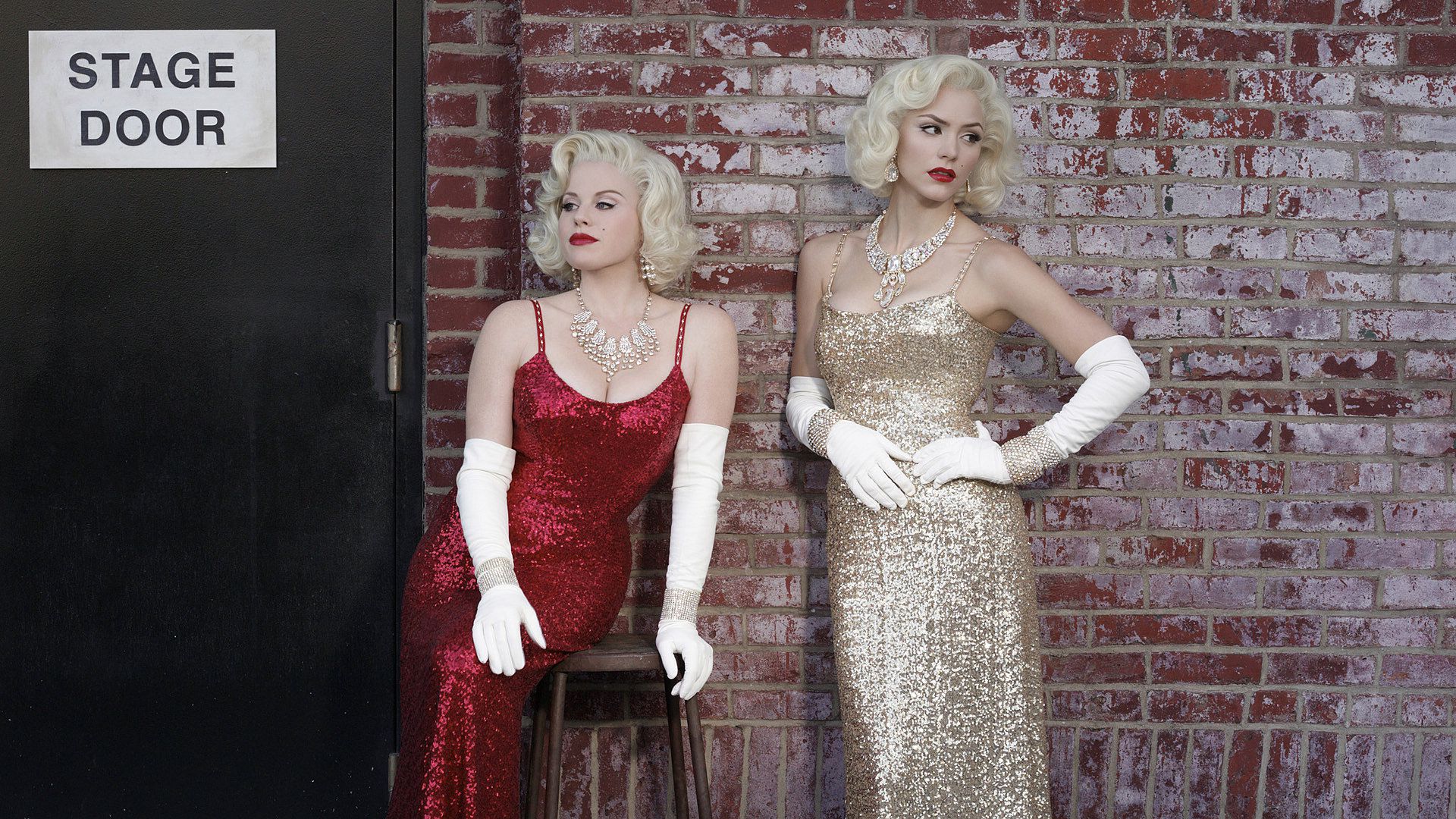 For two years, it has haunted me. The spirit comes at weird, unexpected times, like whenever CBS promotes its “nerds solving crimes” drama Scorpion during the NCAA tournament and all of a sudden I see Katharine McPhee, the woman formerly known as plucky Iowa-bred singer-actress Karen Cartwright. Did you guys see that, or was I hallucinating? There was also that time a few months ago when I watched Kingsman: The Secret Service and noticed Jack Davenport — the guy who once played Derek Wills, my all-time favorite predatory, duster-wearing theatrical visionary — being swiftly murdered in the opening sequence. Maybe it wasn’t that strange seeing Christian Borle last winter as Christopher Walken’s top henchman in Peter Pan Live!, as hate-watching one NBC musical-theater disaster couldn’t help but remind me of hate-watching the ultimate NBC musical-theater disaster. But I felt a chill nonetheless.

I guess I can’t quit Smash.

For the uninitiated: Smash was a TV show that aired for two seasons on NBC in 2012 and ’13. It was about a fictional Broadway musical based on the life of Marilyn Monroe called Bombshell. Smash starred people with actual Broadway experience (like Borle and the talented Megan Hilty), an NBC lifer (Will & Grace’s Debra Messing, who played Bombshell’s scarves-obsessed writer), an Oscar winner (Angelica Huston, Bombshell’s martini-tossing producer), and a curiously vacant former American Idol contestant aggressively positioned by Smash’s pre-release marketing as the show’s prospective breakout star (McPhee). Smash was conceived in 2009 by Showtime president Robert Greenblatt and Steven Spielberg, who envisioned Smash as The West Wing but with show tunes subbed in place of policy debates. When Greenblatt took Smash to NBC after being named network chairman in 2011, he tasked respected playwright Theresa Rebeck with turning his and Spielberg’s vision of Smash into a reality.

Hopes were high, not just for a hit but for a prestige magnet that could “generate the kind of qualitative raves that have been few and far between for the network’s programming in recent years,” as Variety reported. Prestige doesn’t come cheap — $7 million was spent on Smash’s pilot, and subsequent episodes averaged $3.5 million. For a little while it seemed to pay off: Ratings and reviews were strong when Smash premiered after the Super Bowl in 2012. But the tide soon turned. Smash was sold to the public on the promise of old-time pizzazz cut with an incisive and authentic depiction of show business dirty dealings. What Smash delivered instead were dead-end subplots about Messing’s sullen pothead son Leo and Huston’s villainous bisexual assistant Ellis. (Meanwhile, Huston’s legitimately cool bartender boyfriend Nick was woefully underutilized.) For all the money and attention lavished on Smash, the show could be downright incompetent when it came to storytelling. As ratings sank, guest stars were shuttled in and out to no avail. Smash became a show you watched in order to chortle at Uma Thurman being poisoned by one of Ellis’s peanut-infused smoothies.

Rumors of real-life backstage dissension started trickling into the media. Rebeck was portrayed as difficult and controlling, resisting any outside help or assistance, even as Smash veered in a smoothie-driven direction. Smash became a cautionary tale about giving a showrunner too much power, with Rebeck cast as Michael Cimino in a TV version of Heaven’s Gate. But Smash’s problems persisted after Rebeck was dismissed as the conclusion of the first season.1 Smash’s core problem — aside from the plainly implausible contrivance that McPhee could seriously compete with Hilty for a lead in a Broadway show — was tone. It was too campy for the Smash that Greenblatt and Spielberg originally envisioned, and not campy enough for what it should’ve been.

In retrospect, Smash would’ve benefited from premiering a few years later, in the wake of Scandal and Empire revitalizing the network soap opera as a playground for viewers seeking self-aware scenery-chewing to endlessly tweet about. Smash was sort of heading in that direction anyway before it was canceled in 2013 — Messing/Rebeck’s general insanity and how it impacted Bombshell’s/Smash’s narrative incoherence were major plot points in Season 2. In another life, Smash would’ve aspired to Lee Daniels, not Aaron Sorkin. But Smash never had the chance to achieve full sentience.

Smash postmortem is typically described as a train wreck in the vein of Sorkin’s Studio 60 on the Sunset Strip. But the “train wreck” designation isn’t totally accurate. Smash wasn’t just a show that inspired incredulous gawking by haters. Smash truly could be good sometimes, even great, so long as the focus stayed on the songs written by Scott Wittman and Marc Shaiman. This is where the Studio 60 comparison breaks down — nobody is arguing that “The Very Model of a Modern TV Network Show” is brilliant comedy. But even critics who hated Smash gave it up for the show’s musical numbers. No matter how wrong Smash was about everything else, Bombshell always seemed like a pretty good musical.

The wonder of watching Smash was how it could be so silly from one angle and so stunning from another. It was like staring at a minotaur.

Last week Vulture reported that a Kickstarter set up for a one-night-only benefit performance of Bombshell performed by the cast of Smash has already raised more than $300,000, making it the most successful Kickstarter for a theater show ever. There’s still nine days left to pledge if you’re so inclined. The June 8 concert comes after a special, one-time staging of Hit List — Bombshell’s hipper, Rent-aping alternative that dominated Smash’s B-stories during Season 2 — in December. The Kickstarter’s original goal was to raise $50,000 to cover production costs, but the campaign raised that figure four times over in just 18 hours. (The rest of the money will be donated to the Actors Fund.)

The reaction has left the composers nonplussed. While Shaiman and Wittman are best known for the Tony-winning Hairspray, Bombshell has proven to be oddly enduring, even though Bombshell isn’t really a stand-alone musical. It was only ever supposed to be a show within a show. In the Vulture interview, Shaiman claims that he and Wittman have heard the songs from beginning to end only once. Nevertheless, the music from Smash has had an unlikely second life. Jennifer Hudson sang “I Can’t Let Go” from Hit List during the “In Memoriam” segment at this year’s Oscars. And Shaiman says he gets messages from Facebook followers asking for the rights to stage their own productions of Bombshell. “And I say, ‘Well, there is no Bombshell,’” he told Vulture.

Except that now there is a Bombshell. It’s been willed into existence by thousands of people who have put down their hard-earned cash in order to revive a fixture of the Smash-iverse for one more night. Once again, the line between fiction and fan fiction has been eradicated. The web-enabled afterlives of Community and Arrested Development have proven that long-struggling network shows can subsist solely on the passion of diehards elsewhere. With the Bombshell Kickstarter campaign, fans have found a way to actually improve what they’ve resurrected — a Smash without Leo, Ellis, Uma, smoothies, and all other remnants of the badly managed TV version.

Now, who’s interested in hearing my pitch for a Nick the bartender spinoff series?

Who Has the Upper Hand? Ben Stiller vs. Owen Wilson