What is it that unites the great glut of quality television we enjoy in the 21st century? One could certainly point to the struggles of outsize, difficult men and the concurrent rise of equally demanding showrunners — or perhaps the preponderance of ominous deer. But if you squint, most lauded shows can be reduced to a single, solitary obsession: power. Whether it’s acquired by guns and swords (The Sopranos, Game of Thrones, and The Walking Dead), cash and cunning (Breaking Bad, Sex and the City), or the entrenched lethargy and corruption of failed urban policy (The Wire, It’s Always Sunny in Philadelphia), the thirst for power is what has fueled an entire generation of prestige TV. Characters lust after it, kill for it, and, once it’s been achieved, will do anything to maintain it.

This monomania sets contemporary TV apart from the staid ’90s, when the civic-minded objectives of the protagonists were usually spelled out in the titles of the shows: Law & Order, Chicago Hope. I’m not saying that the relentless ascent of Marlo Stanfield and Walter White was presented as a good thing — the other dominant theme of 21st-century TV has been nuance, after all. But I am arguing that recent television has, on the whole, portrayed the accumulation of power — whether as an antidote to midlife depression, social injustice, or zombie apocalypse — as a reasonable course of action.1 This makes for smart programming, of course: It can feel awfully good to watch dangerous, charismatic people break bad. Power seduces audiences as easily as it does characters. It’s a couch-bound allure that unites the gangsters of Boardwalk Empire with the goofs of The League.

Is that Cersei’s music I hear?!?

But it can also be one-note. Of the great contemporary shows, only Mad Men has revealed a deep skepticism toward America’s traditional trophies: money, authority, blondes. Otherwise, from Westeros to West Baltimore, the broad strokes have more or less been the same: Empires are ruthlessly built and then violently dismembered. Wisdom, if acquired, generally comes posthumously. Humor, if allowed, is darker than midnight. This well-trod path has its rewards. The quicker one dispatches of weighty notions like consequence and responsibility, the buzzier a show tends to be. Just look at the Machiavellian high-wire act of Empire or House of Cards, the latter of which entertained for the better part of two seasons thanks to a relentless focus on appetite. But in Season 3, the show accidentally called its own bluff. Having reached the mountaintop, Frank had precious little to do there — but 13 yawning hours in which to do it.2 It was like the after-party of a hot-dog-eating contest: gassy and unpleasant. Gluttony loves company, but we don’t have to love it back. 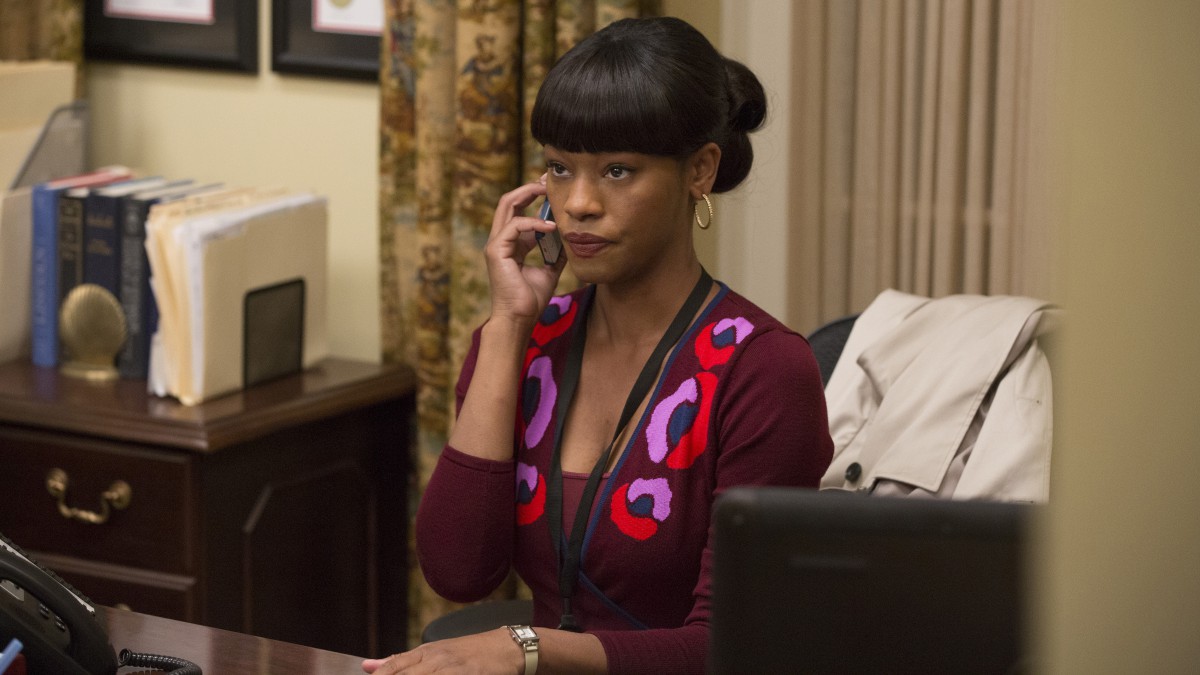 Thankfully, there are two current series that serve as potential antidotes to all this indulgence. Veep and Silicon Valley, both of which returned for new seasons this past Sunday on HBO, are set in the twin cradles of 21st-century American might: Washington, D.C. and the anodyne office parks that dot the landscape just south of San Francisco. Each show takes us inside the rooms where air strikes are launched and billion-dollar deals are made; they chronicle rarefied worlds in which an errant quote or a few stray lines of bad code can start a war or crater a company. It’d be impossibly heavy stuff if it weren’t so terrifically light. What makes Veep and Silicon Valley essential in addition to being entertaining is that both shows are comedies. They don’t defer to authority. They blow great honking raspberries in its general direction. If the dominant message from the last decade of televised drama was that mobsters, criminals, and sellswords live more passionate, vicious, and intense lives than the rest of us, then Veep and Silicon Valley are here to provide a devastating counternarrative, one far more unsettling to consider. What if those blessed with great wealth, influence, and responsibility — presidents and CEOs, rapacious strivers, and brilliant programmers — are cursed with the same crushingly mundane problems as the rest of us? What if they put their pants on one leg at a time too? And what if those pants are pleated?

It’s worth noting that Veep and Silicon Valley are the work of two of the great satirists3 of our time: Armando Iannucci and Mike Judge. The former is an erudite, soft-spoken Scotsman previously best known for helping to create Steve Coogan’s fatuous Alan Partridge and Peter Capaldi’s carnivorous Malcolm Tucker, a sort of Goofus and Godzilla of British public life. Judge, of course, is our preeminent chronicler of modern monotony; think Beavis and Butt-head parked on their couch or the Office Space drones popping a cap in a printer. It’s to HBO’s great credit that its executives saw fit to loose these disparate geniuses on such rich targets. There’s nothing marginal about D.C. or Silicon Valley. Both are inflated with tangible power, yes, but also populated with ego-monsters that make Frank Underwood look like St. Francis of Assisi. What sets Iannucci and Judge apart is that they don’t approach these ghouls with pitchforks. Their most devastating weapons are mirrors. They’re the creators we want embedded in the places that fascinate and frighten us the most.

A third member of this exclusive circle is Charlie Brooker, creator of the brilliant and unsettling Black Mirror.

Of the two resulting shows, Veep, now in its fourth season, is both older and considerably better. There’s simply nothing sharper or funnier on television — something that’s particularly true this year, as Julia Louis-Dreyfus’s grinning Selina Meyer has somehow stumbled her way into the Oval Office. (It’s a remarkably similar story line to that of House of Cards and, once again, Veep outclasses its rival from across the aisle.) Rather than compromise Veep‘s core mission — celebrating the bureaucratic and hubristic incompetence that hangs in the halls of power like drapes — the promotion only amplifies it. The flailing and grasping that defined Selina’s tenure in the Old Executive Office Building has been replaced with a slow-burning horror: The brass ring was actually a noose. The first half of the season was provided to critics, and it’s uniformly terrific. The banana peels are bigger, the slips more outrageous, the falls more perilous and absurd. There is no grandeur or majesty to the Meyer administration — only flopsweat, quick fixes, and a primal instinct to survive. JFK instructed us to “ask not what your country can do for you.” Selina kvetches over what her country just did to her. “I’m the president, see,” she scowled on Sunday night. “Everything’s my fault now.”

The defining characteristic of Iannucci’s comedy is the way soaring and precise language is conscripted into the service of ludicrously low aims.4 In the premiere, rather than construct a competent congressional address for their boss, staffers delight in building teetering Jenga towers of verbal abuse.5 (Needless to say, the speech is left peppered with placeholders like “future: whatever.”) It’s a democratic — small d! — spirit that informs the entire show. If the dominant trend in ensemble comedy is to treat it like jazz (provide a steady backbeat, then clear out plenty of room for everyone to solo — even the guy on the flute), then Veep is a tightly wound symphony. No instrument is out of place; each bow stroke supports another. While the peerless Louis-Dreyfus conducts, virtuosos like Kevin Dunn and Gary Cole are content to blend in with the larger group. Together, they produce a dazzling, swirling vacuum of sound and fury — what Dan, staring at the pablum he’s written, calls “noise-shaped air” — meant to distract from the existential emptiness that lurks just beneath them all. Contra House of Cards, which flatters politicians with Shakespearean gravitas, public figures are rarely set upon with daggers like Caesar. Usually it’s enough to papercut them to death.

It’s worth noting that Iannucci has announced he is stepping away from Veep ahead of the recently ordered fifth season. Many of his lieutenants remain, and his replacement, Seinfeld vet David Mandel, is no slouch. But let’s hope he packed a thesaurus for the long flight to the nation’s capital.

With its mouse-level view of tech commerce and culture — savants with money but no social skills, companies with earnings potential but no actual earnings — Silicon Valley introduced itself last year with Veep-like promise. Yet the first season sagged and then staggered to the finish line due to the tragic and untimely death of actor Christopher Evan Welch, whose cracked-egg delicacy as financier Peter Gregory elevated both the show’s humanity and its humor. In his absence, Judge and his co-showrunner Alec Berg (Seinfeld) fell back on the bro-iest of tropes. The last few episodes were awash in (admittedly great!) dick jokes and the intramural wet willies of nerds attempting to code their way to a higher and more popular tax bracket. That this fratty backsliding is, apparently, endemic to the actual Silicon Valley makes the show’s failure to interrogate it all the more frustrating.

Season 2 has righted the ship, even if it still appears to be drifting in the wrong direction. Silicon Valley is an enormously difficult show to dislike. Its cast, particularly T.J. Miller as douchey dungeonmaster Erlich and Kumail Nanjiani as the quietly seething Dinesh, is spiky and surprising. And the quietly observed, Judge-y details (broken holograms, expensive jeans scratching more expensive sports cars) are delicious. Silicon Valley is expert at skewering the extremes of its setting, from the messianic vanity of Matt Ross’s Gavin Belson (“I don’t want to live in a world where someone else makes the world a better place better than we do”) to the blinkered, Kickstarter capitalism of Dinesh’s cousin. (His app? One that sends the word “bro” to friends and followers. His funding? Inevitable.) Suzanne Cryer makes a fine, if obvious, addition to the cast as Peter Gregory’s replacement at the VC firm and on the spectrum.

My lingering issues with the show, like Richard’s breakthrough compression algorithm, emerge from the middle out. Silicon Valley is frequently compared to Entourage not because it features lazy misogyny or lazier humor — in fact, the jokes are uniformly excellent, especially in the season’s third episode. What the shows have in common is that they are both, ultimately, lossless fantasy engines. Despite a litany of roadblocks — Pied Piper loses funding, Richard loses his lunch, etc. — there’s never any real sense that our heroes are going to fail. There’s always another million-dollar check to be cashed. Worse, there’s zero insight into why Richard and his pals want to become the titans Silicon Valley happily mocks — other than, I suppose, basic greed. As Gavin tells Richard just before a bravura gag at the end of this week’s episode: “You think you’re building something different, but you’re building something that is exactly the same. Except with you instead of me.” Instead of steering into that messy suggestion, Silicon Valley retreats. Chris Diamantopoulos is quite funny as a d-bag investor, but his extremity — “I don’t want to make a little bit of money every day. I want to make a fuck-ton of money all at once!” — allows team Pied Piper to appear virtuous while behaving in exactly the same way.

Unlike Veep — and very much like House of Cards — Silicon Valley is larded with cameos from real-life luminaries, from supposed critics like Re/code’s Walt Mossberg and Kara Swisher to ethically questionable entrepreneurs like Michael Arrington. It’s a coziness to power that softens the satire and muddies the show’s mission. How can Silicon Valley poke fun at anything when everyone appears to be in on the joke? I’m happy that the show has been renewed but concerned by this tendency to go floppy just when a hard drive is needed most. On TV, as in life, power corrupts. But fealty to power corrupts absolutely.

This column has been updated to correct a Gavin Belson line from Silicon Valley.