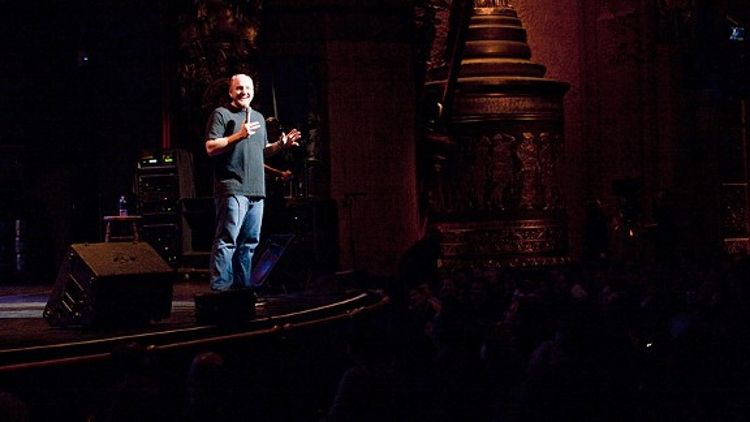 First, it’s time for another losing Thursday night football pick! I’m grabbing Jacksonville +12.5 points in Atlanta for the simple reason that the 2011 Falcons shouldn’t be favored by that many points over anyone except the Rams and the Indianapolis Orlovskys.

OK, so last night was a big for the BS Report studio: the great Louis C.K. stopped by for a lively chat about his new comedy special (“Louis C.K.: Live at the Beacon Theater”), his superb FX comedy Louie, the story behind the famous Dane Cook episode, the ups and downs of his standup career, his creative process, and topics like “Why does Hollywood try to meddle so much with creative people?”, “Can Chris Rock become a serious actor some day?” and “Is it OK to want to beat up kids in your daughter’s school without actually beating them up?” Somehow we babbled on for two parts without ever mentioning Boston (he grew up there), the Celtics (he loves them) or boxing (his favorite sport). Maybe next time.

If you want to download C.K.’s latest special for $5, go to www.louisck.com.

An Open Letter to Kim Kardashian and Chris Brown