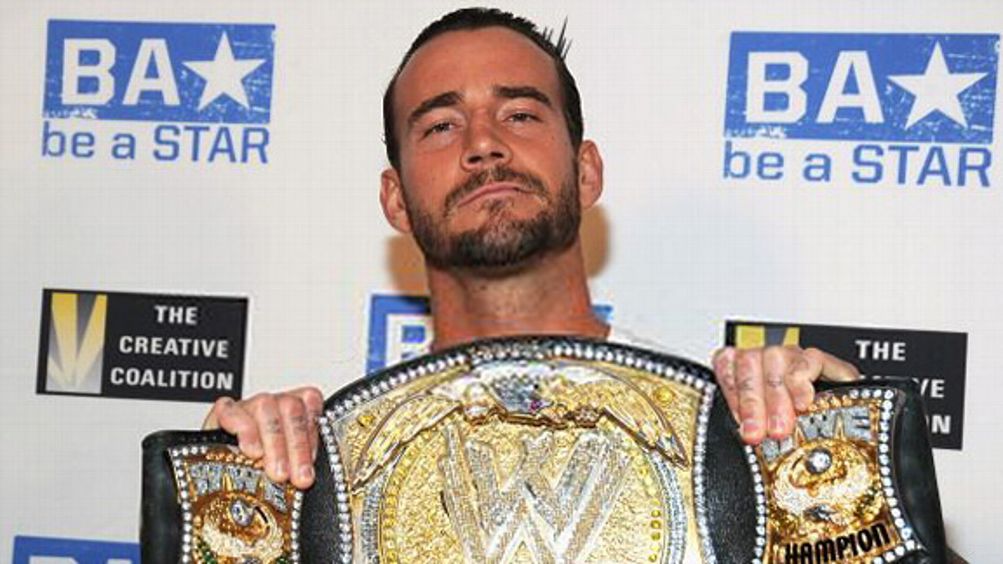 The fourth wall in pro wrestling has a remarkable recuperative ability. Every time a wrestler or chief operating officer or Karl Malone shatters it, the wall manages to refortify itself. A lot of this is purely functional. The institutional makeup of any company — especially one as big as WWE — makes it near impossible to make a clean break from norms that have defined the industry for decades. Moreover, though, it’s the nature of the beast: An industry founded on unreality will always revert to the scripted end of the spectrum.

When WCW spent the better part of five years assaulting the fourth wall with wrestlers’ real names, backstage insinuations, and shoehorned-in revisionist histories, fans deserted the company. It wasn’t just because WWE was producing a better product, but also because fans longed for the less complicated days of yore, when you didn’t need a degree in Pro Wrestling Rumormongering to discern the plotlines and make sense of the players’ motives. Which is not to say that WWE wasn’t scripting some innovative stories back then. They were: Vince McMahon, outed in 1997 as the owner of the company, was playing a prominent on-screen role, and top stars of the day Stone Cold Steve Austin and the Rock weren’t traditional heroes, but more like old-school baddies who received good-guy cheers. WWE had learned from WCW and ECW’s success and co-opted their narrative techniques — the real-life reference, the antiheroic impulse. But the storylines were still very much storylines, and the characters were still obviously characters. They were tapping on the fourth wall, not attacking it with a sledgehammer.

A couple of months ago, CM Punk cut a promo that, as far as game-changing worked shoots go, seemed up there with Shane Douglas’ throwing down the NWA championship belt and Hulk Hogan’s joining the nWo. Punk turned a burgeoning feud with John Cena into an unreality-bending monologue that brought the worked shoot into the modern wrestling era. He raised fans’ issues with the current WWE product, which had largely reverted to a sort of 20th-century simplicity, name-checked other wrestling promotions, and castigated backstage players for their incompetence. The wrestling fan base went bananas — this, they said, is what we’ve been waiting for.

Of course, that’s what they said when Kevin Nash and Scott Hall first turned up on a WCW broadcast, teasing a WWF takeover of the competition and announcing (along with Hogan) a “New World Order” in pro wrestling. It was the ur-Reality Era — they used their real names, they came to the ring in jeans and black T-shirts, and, hell, they hardly ever wrestled. But self-confident shtick from the mouth of a professional wrestler sounds a lot like asshole bloviating from anyone else, and their act quickly became insufferable. For wrestling die-hards, Nash and Hall are among the most despised figures of the past decade; Hall is ridiculed not only for his substance abuse issues but for his fluctuating weight, and Nash is referred to as “Big Poochie,” a reference to the cartoon dog on The Simpsons whose cloying “coolness” garnered him nothing but viewer hatred.

Such abandonment of our heroes is a constant in American pop culture — call it the Vanilla Ice theory of celebrity regression. As Hall and Nash got comfortable in their roles as wrestling messiahs, they became caricatures even more severe than the cartoon heroes they played in the WWF. They were long-winded, self-important jerks, guys who were so entertained by their own minimal effort that their “realness” became their demise. The in-jokes became circle jerks, and soon WCW’s ratings plummeted and the company was sold to WWE for pennies on the dollar. The unreal takeover Hall and Nash had warned of became real, less as a result of WWE’s machinations than WCW’s limp storytelling. Did the promotion’s overdependence on reality doom them?

It’s a question worth asking now that the CM Punk storyline has caused, to put it mildly, audience consternation. To pull a random tweet from my queue: “Are you surprised how badly they’ve dropped the ball with Punk angle or just par for the course for modern WWE booking?” To the “smart” wrestling set, Punk’s ascendance was attributable solely to Punk, and the drop in quality since his storyline died down is attributable solely to the WWE’s incompetence.

A quick recap: The last WWE pay-per-view ended with Punk’s defeating John Cena for the WWE Championship, only to be attacked postmatch by Nash, who seemed to be acting on the behest of Triple H, his real-life buddy and WWE’s on-screen chief operating officer. After four weeks of in-ring arguing, the story goes that Nash interfered on his own accord (though he texted himself from Triple H’s phone to implicate his erstwhile pal). Even so, Punk still believes that Trips is pulling the strings. Triple H was sufficiently inflamed by Nash’s meddling that he fired him, and angered enough at Punk’s “shoot” comments about Triple H and his wife (Stephanie McMahon, daughter of Vince) that he demanded a match between himself and Punk at this Sunday’s Night of Champions event.1

Cena, meanwhile, is sidebarred in a championship feud with Alberto Del Rio after defeating Punk (thanks to some more interference from Nash) a few Mondays ago to become the no. 1 contender. The Cena-Del Rio feud is a throwback to the pre-Reality Era, in which Cena regularly feuded with various insipid baddies, frequently of foreign origin, over abstract notions of “hustle, loyalty, and respect.” This despite the fact that Cena was as integral as Punk to the reality-skewering events of recent months. As the icon of the establishment, Cena played the straight man to Punk’s loudmouth insurgency, legitimizing it even as he went nose-to-nose with Punk in the ring. If Punk’s pedantic feud with Triple H has caused him to lose some luster in recent weeks, it’s fair to say that Cena has fallen even further in the adult audience’s eyes, and even his (literally) winking at the camera can’t gloss over the fact that he’s reverting to his bag of worn-out, PG tricks.

And yet there’s still something in the air, this feeling that Punk changed the game. Conditioned by repeated assaults on the fourth wall, the crowd expects something revelatory to happen. On one hand, this is a natural reaction to an entertainment business built on “Holy Shit!” moments; on the other hand, it’s also the inevitable failure of the reality style in wrestling: Eventually, you run out of large-scale swerves and real-life things to talk about, and then you’re stuck with a bunch of wrestlers.

Here we are at Night of Champions, with a fan base begging to have their minds blown but expecting to be disappointed. The three marquee matches employ “real-life” storylines in drastically different ways, as if WWE is testing a different narrative style with each fight.

These three matches show WWE’s current approach to storytelling, which is to say there is no single approach. If the Orton-Henry match exists in ignorance of the Reality Era, and Cena-Del Rio is trying to co-opt its flavor, Punk-Triple H may be finding the awkward end point of where reality and unreality meet. As great as Punk has been in recent months, pro wrestling has never been able to sustain a reality-driven narrative for long. Eventually, the balance is reset in favor of scripted plots; reality has its limits.

With the exception of the Shane Douglas promo, which launched the ECW revolution, none of pro wrestling’s high-profile worked shoots have amounted to much. They became a too-common cover for lazy storytelling in WCW, when no amount of shock value could shade the fact that the company was moving in the wrong direction. When the nWo lampooned Ric Flair or when Hogan went off on head writer Vince Russo, it felt less like a new dawn and more like the death knell. Steve Austin and Mick Foley’s ECW work redefined them as performers, but didn’t affect the industry at large. Both ECW owner Paul Heyman and announcer Joey Styles delivered shoots on McMahon and WWE in their time with the company, but despite considerable crowd reaction, neither led to a sea change within wrestling.

This is the WWE way. They learn from other promotions, they co-opt them, and they conquer them. They’re like corporate takeover artists who buy their competitors, parcel out the assets, dilute the product, and fire the employees. Which is not to say that WWE is evil, only American.

The worked shoot is an age-old form. One could draw a straight line from the soliloquies of Hamlet — and, for that matter, the time-outs of Zack Morris — to the stylings of CM Punk. But that parallel works only as long as wrestling fans acknowledge that these faux-real monologues are planned, controlled, and part of a longer story arc. To demand something bigger and better every week is like expecting Jim Rome to start a fistfight on each of his shows.

If Punk’s reality suffers the same fate as the nWo, we may have to stop and consider if reality is something we ought to crave. It’s unfair to assume that WWE will botch everything they do; the company does a lot of things well. But it is fair to ask if they have it in them to redefine the sport. If they don’t, and if the WWE can’t find a new path forward, the Reality Era will almost certainly devour itself.

There’s one match on the Night of Champions card that may show us the next step in this saga, and it’s not the Punk match. I wrote after Capitol Punishment that guys like Del Rio and the Miz needed to find their footing in “reality” if the style were to survive. Del Rio, as noted, is tied up with Cena in a decidedly unreal rivalry. But the Miz — along with his new running buddy R-Truth — may be forging a path that will combine reality with wrestling’s traditional unreality. The two men are united in their complaint against Punk for stealing the show. They’re two unpopular characters who have found common cause and unexpected chemistry. Two guys — and this is the key — whose real-life gripe is wrestling related. By rejecting the Reality Era, they have become one with it. They’ve been the most entertaining part of Raw for the past few weeks, and despite the fact that their Night of Champions match is against the uninspiring tag-team champs “Air Boom,”5 they still might steal the show.

That is unless Punk doesn’t steal it himself. And while he’d surely find a shocking way to do it, nobody would be surprised.

Previously from The Masked Man:

SummerSlam and the new WWE champion
John Cena, a Villain? The Masked Man’s SummerSlam Preview
Introducing the Worked-Shoot Era
On Wrestling and Reality