Coldhearted: A Visit to the Frozen Four 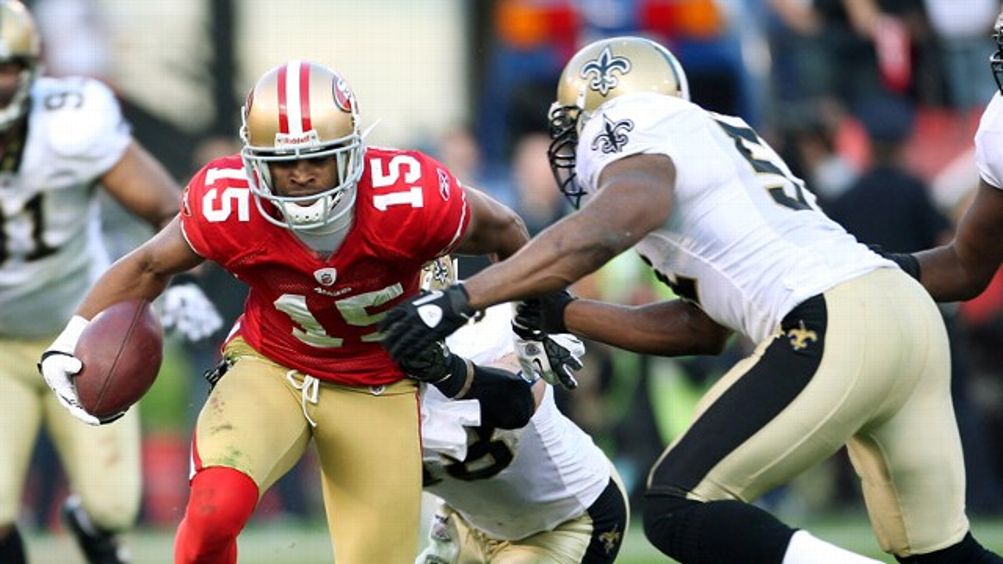 Yeah, I heard the audio of former New Orleans defensive coordinator Gregg Williams urging his players to injure various 49ers before their January playoff game. It’s pretty compelling — not just because he wanted to maim Michael Crabtree and Vernon Davis, and not just because he may have been illegally taped without his consent, but because Williams might be the worst motivational speaker in recent American history. No wonder the Saints lost that game. If that was a sports movie scene, the director would have fired Williams and replaced him with another actor. What a buffoon.

Of course, it’s 2012 — the Year of Internet Self-Righteousness — which means we need to feign disgust, pile on the Saints, argue for Williams to receive the NFL’s death penalty and basically freak out that a football coach would ever do that. So let’s concede the following points. No, you shouldn’t instruct your players to hurt people. Yes, you should be fined and suspended for that. Yes, Gregg Williams came off like an insensitive Neanderthal, and yes, it would be difficult (if not impossible) to take him seriously as a coach again. His professional career is over. The tape is pretty damning. Even if it’s far-fetched that any Saint listened to that speech and thought to himself, Maybe my creepy weirdo of a coach is right, maybe I SHOULD go after Michael Crabtree’s ACL!

But there’s a bigger story here: the laughable notion that anyone can change an ingrained culture of violence overnight. Any parent knows that kids never listen the first time — it takes four or five times, and usually a raised voice or a threat, before they heed your wishes. Players and coaches are wired the same way. The league never turned off its “We’re gonna look the other way, keep being violent and keep those hits coming” switch until the 2010 season, after that infamous October weekend with all the signature hits, when Roger Goodell said, “Oh, crap, maybe I should start fining these guys because the Sports Legacy Institute has accumulated three-plus years of rock-solid concussion evidence and lawsuits are coming. Better later than never!”

And so the league started cracking down. Less than 18 months later, we’re supposed to be baffled and appalled that the Saints would shrug off those warnings, that they wanted to win money for crippling opponents or knocking them out … you know, because football players aren’t supposed to think that way or something. (Watching ESPN this morning was pretty funny — it’s like every talking head took an oath to forget the network was running “JACKED UP!” segments a few scant years ago.) My two favorite Patriots victories were Super Bowl XXXVI (over the Rams) and the 2003 AFC Championship (when the defense beat up Colts receivers so badly that Colts GM Bill Polian convinced the league to change the line of scrimmage contact rules the following summer). I am not naive enough to believe that, before both of those games, Bill Belichick didn’t tell his players, “I want you to beat the absolute crap out of (fill in: Marshall Faulk, Isaac Bruce, Marvin Harrison, Reggie Wayne, Dallas Clark, Ricky Proehl, etc.) and make them remember you the next time they go over the middle … do whatever it takes.”

Actually, I wouldn’t be surprised if Belichick uttered something more ominous than that. That’s football, a sport in which coaches holler things like, “NOW GO OUT THERE AND KILL THEM!” Do they mean, literally, to murder them? Of course not. It’s just the way these meatheads talk. It’s the language of their barbaric game. Watch this clip, for God’s sake. Normal human beings don’t interact like this. When it came out that Williams (and his players) crossed the line, the Saints became The Scapegoat Du Jour for a league that desperately needed one. In case this wasn’t clear, everyone, the NFL is taking player safety seriously now! Emphasis on the word “now.” It’s a transparent ploy to make up for decades of real negligence, as well as mounting evidence that the next generation of football players (any teenager, basically) can be ruined by one concussion. Meanwhile …

1. Football is a really violent sport. There is no right way to play football that doesn’t include the words “exert your physical will.” Every current player grew up hearing instructions like “I want hats on the ball” (translation: “Lead with your head”), “I want guys swarming the ball” (translation: “If your teammates are tackling someone, come flying in as hard as you can and join them”) and “Make them think when they’re crossing the middle!” (translation: “Keep hitting the receivers as hard as you can so that they’ll start thinking about you instead of the catch”). I’m sure they heard even more vicious and inhumane instructions than that. So deconditioning them (and their coaches) is going to take time. We’re going to have some hiccups along the way. Hopefully, Gregg Williams’s bizarre “inspirational” speech that was only missing a stretcher and a metal Hannibal Lecter mask will be the biggest hiccup. But I doubt it.

2. Here’s what I wrote after Goodell belatedly started cracking down (in October 2010): “[He’s] a total hypocrite for pretending to care about the welfare of his players as he’s pushing for an 18-game regular season that would lead to more injuries, more concussions, more collateral damage, more everything. Hey, Roger: If you cared about the welfare of the players, you’d shorten the season to 15 games and add another week of byes. Right? But hey, that would cost owners money. Instead, you’ll continue to position yourself as the Sheriff of Player Safety, puff out your chest, crack down on hard hits and swagger around like you’re Tim Olyphant in Justified.”

Allow me to add the following: When will Goodell admit publicly that he waited waaaaaaaaaaaaaaaaaaaaaaaaaay too long to start cracking down on violence (and the culture behind it), or that he’ll always regret looking the other way as evidence mounted that concussions were infinitely more dangerous than we originally believed? You’re telling me Goodell never watched this Real Sports piece about Chris Nowinski, Andre Waters and concussions in 2007? Come on. The man was three years late. On everything. Maybe that’s not as bad as what Gregg Williams did, but Goodell’s not exactly one of the heroes of this sordid story, either. You looked the other way, Roger. You did.

3. As Peter King wrote in his column this week, the same league that’s making such a fuss about violence ran a show called 10 Most Feared Tacklers on its own network last week. The truth is, the NFL doesn’t know what the hell it wants. It’s the most successful sports league ever; the value of its franchises has never been higher; its television money haul has never been greater. Only there’s an elephant in the room — and it’s not the Williams tape, Bountygate or even the hundreds of concussion-related lawsuits from former players that are coming. If they change how football is played and turn it into a glorified version of the Pro Bowl, there’s a chance people won’t like the sport as much.

So what do you do? You pretend you care. You make an example of the Saints. You crack down on the language of your game. You overreact to cheap hits, and you fine players because sometimes they can’t control their bodies at 18 miles an hour in the split second after an opponent ducks his head. You lean on media cronies and convince them to spin stories your way. You hope and pray nobody notices, and that CTE awareness never moves into the mainstream. But meanwhile, your players are bigger and faster than ever, and they’re colliding at speeds at which human beings aren’t meant to collide.

You’re walking a tightrope, basically. Only one thing can save you: the knowledge that fans won’t really care because of the whole “people just want to eat steak, they don’t care how it’s made” mentality. Sadly, that’s the best thing you have going for you. Before yesterday’s Cardinals-Marlins game, I watched Muhammad Ali (one of my childhood heroes) trembling so severely that he couldn’t throw the first pitch. Poor Ali could only hand the baseball to Miami’s catcher … and he could barely do that. Boxing did that to him. He took too many punches; now he’s a quivering mess. I noticed this, digested it and felt absolutely horrible about it.

Yes, I will keep watching boxing.

Which makes me a hypocrite.

That’s what the NFL is banking on these next few years — hypocrisy, basically — as more stories emerge about the tortured lives of retired players. Many of them can’t walk, sit down or remember anything. Some battle debilitating headaches and gulp down pills like they’re peanuts. A few weeks ago, Jim McMahon confessed in an interview that his short-term memory was gone, then admitted he wouldn’t even remember the interview as he was giving it. You hear these things, you sigh, you feel remorse, you forget … and then you go back to looking forward to the next football season. Gregg Williams crossed the line; he won’t be there. I just wish someone would decide, once and for all, where that line really is.