I’m Chevy Chase and You’re Not 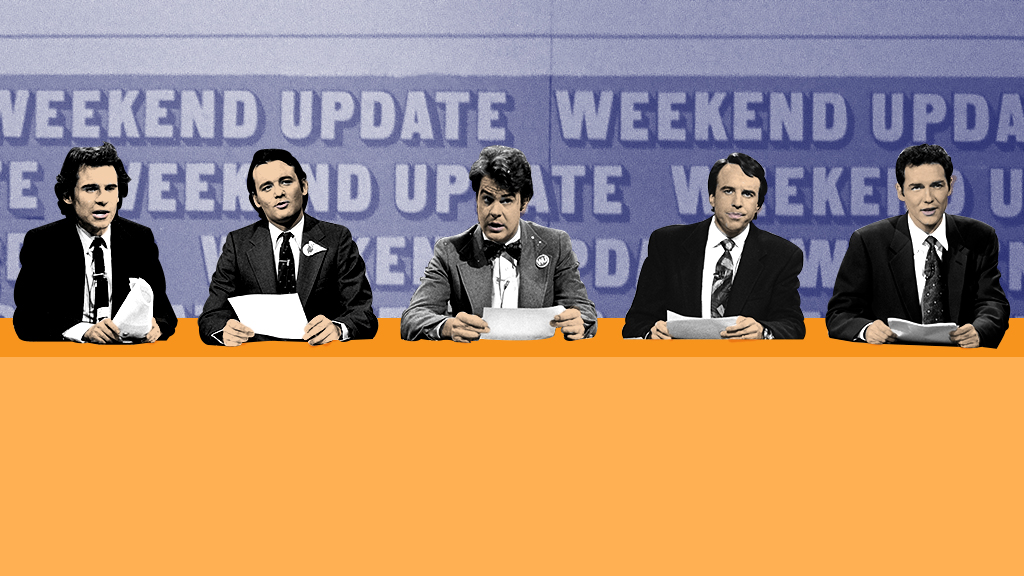 News is inherently viral. It is information that is meant to be spread. The epoch of Upworthy can make it hard to remember this, but the virality of the news predates the Internet — Paul Revere was both America’s first newscaster and its first retweet request.1 What the Internet has done is simply decentralize control of the virus. Walter Cronkite and the midcentury New York Times — gray, grave, and removed — have given way to hashtag journalism, Instagram, and most-emailed lists.2 It has shown us things the old news might have kept hidden: Michael Brown’s body is archived on YouTube. But as has often been noted, the share button has also accelerated our withdrawal from the objective,3 public truths the old news constructed for us. It has emboldened us to view current events from the private castles of our own assumptions. The news increasingly exists to prop up our increasingly consensual realities.

I thought about this over the past week while watching the horror in Ferguson unfold on Twitter and on TV. I had been asked to write a piece about “Weekend Update,” the recurring news-parody sketch from Saturday Night Live, which meant, uncomfortably, that I was spending my days watching the fake-comedy version of the news and my nights watching tear gas flow through the very unfunny reality. Three o’clock meant Tina Fey smirking into the camera, ten meant assault rifles and arrested journalists. My afternoons were satires of the terror of my evenings. The disorientation this caused was of no interest to anyone but me, but it was a singular feeling. It got so that the sight of Kevin Nealon filled me with a vague queasiness about the fall of the Constitution.

In a way, though, this collision of tones felt appropriate to the moment. Because for all the seriousness of events, the important news just now is very much the fake news. I am talking about The Daily Show, The Onion, Last Week Tonight, ClickHole, Stephen Colbert: all ostensibly irresponsible, all ostensibly comic, yet all sources to which the liberal half of the electorate regularly turns to hear it told like it is, away from the Botoxed inanity of serious media. Understandably so; if your choice is between, say, CNN’s Rosemary Church asking why the police in Ferguson don’t turn water cannons on the protesters, seemingly clueless about the history of their use against the civil rights movement …

… well, which seems more valuable? More serious? Which is asking harder questions? Comedy is often a way to press truths too charged to be stated in any other form.4 In America in 2014, over-charged truth has somehow come to mean anything but a sort of doe-eyed, time-filling, gently panicked denial. You can tell which anchors are phony by the lack of desperation in their eyes.

“Weekend Update” is, of course, the caustic parent of all these unruly offspring. It didn’t originate news satire; Bob Elliott and Ray Goulding were spoofing journalistic gravity as part of their radio show as far back as the 1940s, and Laugh-In and Monty Python did the same years before SNL debuted. The first medieval town crier probably spawned a fake town crier who went around bellowing that the archduke was a gooseberry tart. But “Update” is part of a hit program on American TV; it appears with the same reassuring consistency as a regular newscast (halfway through the show, right after the first musical guest); and it runs for years and years. It has a platform that puts it in front of every smart, disaffected young insomniac (i.e., future comedy writer) in America. And it has had time to evolve most of the comedy-news grammar — actual news clips mixed with doctored photos, editorial commentary interspersed with manic absurdism, Colbertish characters, celebrity guests playing off their public personas — that’s more or less ubiquitous today.

Compared to the shows that came after it, “Update” can seem curiously lighthearted, even frivolous. The anger that animates Jon Stewart’s The Daily Show and Oliver’s Last Week Tonight is here replaced by a preening silliness (Chevy Chase), or else a fervent silliness (Jane Curtin and Dan Aykroyd), or else a snide silliness (Dennis Miller), or else a gentle silliness (Seth Meyers). The sketch’s topical humor typically nuzzles rather than bites. Chevy Chase, the first anchor, did jokes about Ronald Reagan opposing gun control but supporting hair dye; the current anchors, Cecily Strong and Colin Jost, do jokes about Obama’s equal-pay law plan being opposed by the characters on Mad Men. That’s about the standard level of indignation. Sometimes it’s funny and sometimes it’s not. Often, especially in recent years, the sketch can feel like a warm-up exercise for stalled joke writers: “Kanye West this week asked Kim Kardashian for her brand in marriage,” Meyers deadpanned in 2013. Hey, good tweet.

It would be a mistake, however, to write off “Update” as the less subversive precursor to a more radical age of news satire. In the early years in particular, it wasn’t that “Update” was soft; it was that the target was different. Saturday Night Live first aired a year after Nixon resigned, six months after the fall of Saigon. The old American public reality, I mean the Walter Cronkite, Fit to Print reality, was cracked down the middle but still more or less in place. TV channels were confined to a few stiff buttons on an oversize remote. Newspapers still published late editions. There was no Internet. The structure of American authority had been shown up as fatally flawed, but nothing emerged to replace it. The early “Weekend Update” sketches were less interested in using the power of the news to castigate corruption than in pointing out the fraudulence on which the power of the news was based. They showed Chevy Chase, a mock-up of the oracular newsman, murmuring dirty talk into a telephone, unaware that he was on the air.

Or they showed Dan Aykroyd and Jane Curtin, in a “Point/Counterpoint” debate, dropping the pretense of civility and saying what they really thought: “Jane, you ignorant slut.” “Dan, you pompous ass.”

Above all, they made the news, that somber institution, look innocuous and foolish, a province of irrelevant weirdos and harmless egomaniacs.

It didn’t matter whether the jokes all landed. There was a wild countercultural energy in taking Walter Cronkite, the Most Trusted Man in America,5 and making him spout sarcasm and vanity and nonsense. In saying, essentially: This is a psychosis. Chevy Chase once stared into the camera and said, “And now, our game of the week,” then looked down and began frantically stabbing the spaces between his fingers with a letter opener. Saying nothing. Not explaining, just stabbing. Jon Stewart and John Oliver use the medium of broken news broadcasts to attack a broken politics. “Weekend Update” stayed closer to home. It broke the news broadcast in the first place.

The energy didn’t last. How could it have? By the middle of the Reagan administration, when a straight-out-of-Harvard Conan O’Brien took a job writing for HBO’s “Update”-influenced Not Necessarily the News, the cow had been bled of its sacredness. Saturday Night Live itself became a mainstream institution. CNN launched in 1980, after which TV news ceased to be a hermetic hour of received truth and became a noisy parallel world, an always-on commentary track of talk and speculation. The idea that the nightly news hour was just another variety act no longer seemed so threatening, partly because variety acts like SNL had absorbed some of the old news hour’s authority, and partly because, well, of course it was.

And from that point “Weekend Update” stood or fell mostly on the quality of its individual anchors. Norm Macdonald’s fast-casual, crooked-tie patter, his happy contempt for the medium, was brilliant in the mid-’90s. Tina Fey and Amy Poehler were brilliant a decade later as the smartest girls in a room the size of the universe. Kevin Nealon always looked like he was lost in a snowstorm, searching for the joke. Colin Quinn looked like he’d be happy just to find the snowstorm. And so on.

Is it strange that, of all the current-events products currently on television, it’s often Fox News that feels most like a “Weekend Update” bit? Critics are constantly asking why there’s no conservative Daily Show, but there is; it just won’t admit it’s a joke. The structure of Fox News is so deeply and basically comic that it’s impossible not to read it into the tradition of news satire. All those weeping paranoiacs! The fist-shaking curmudgeons! The gun-toting robo-blondes! Like “Weekend Update,” Fox succeeded by taking the elements of a normal news broadcast and exaggerating them to ludicrous proportions. Only instead of Opera Man, it has Angry Immigration Crusader; instead of Mr. Subliminal, it has Jowly Operative Insinuating Things About Hillary Clinton’s Health; instead of Gay Hitler, it has Outmatched Token Liberal; instead of “Generalissimo Francisco Franco is still dead,” it has Benghazi. And I mean: 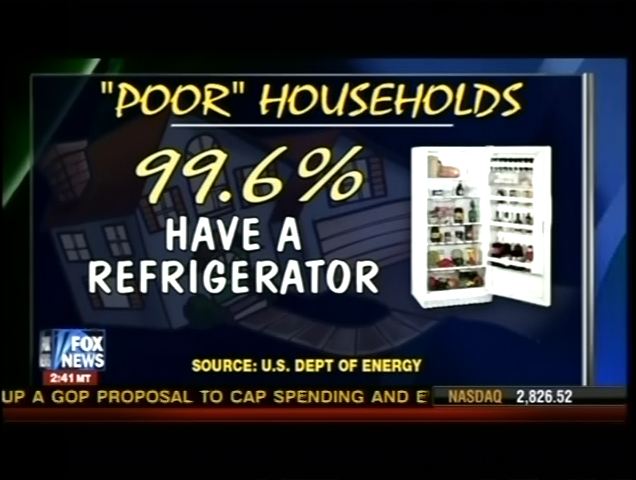 Not to leave out: 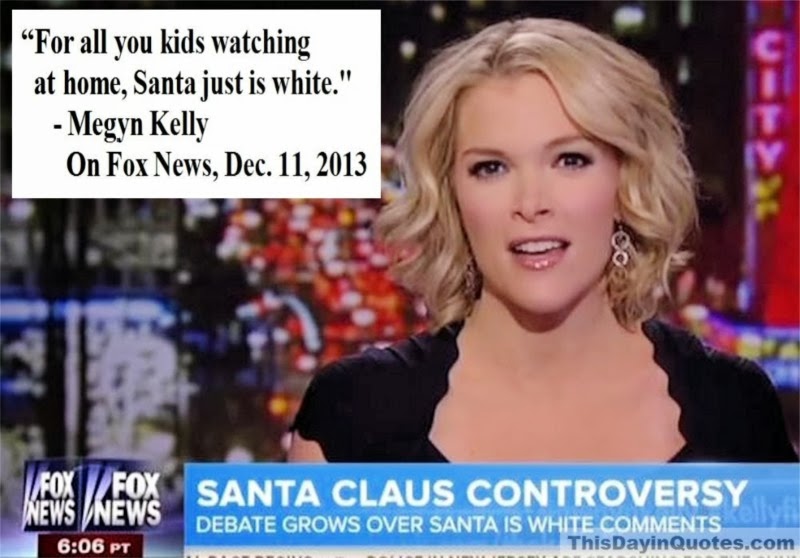 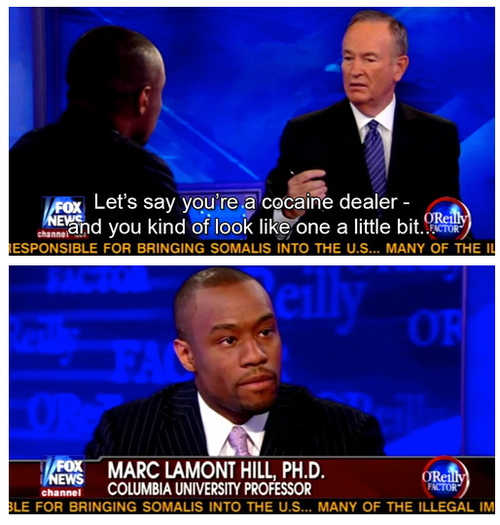 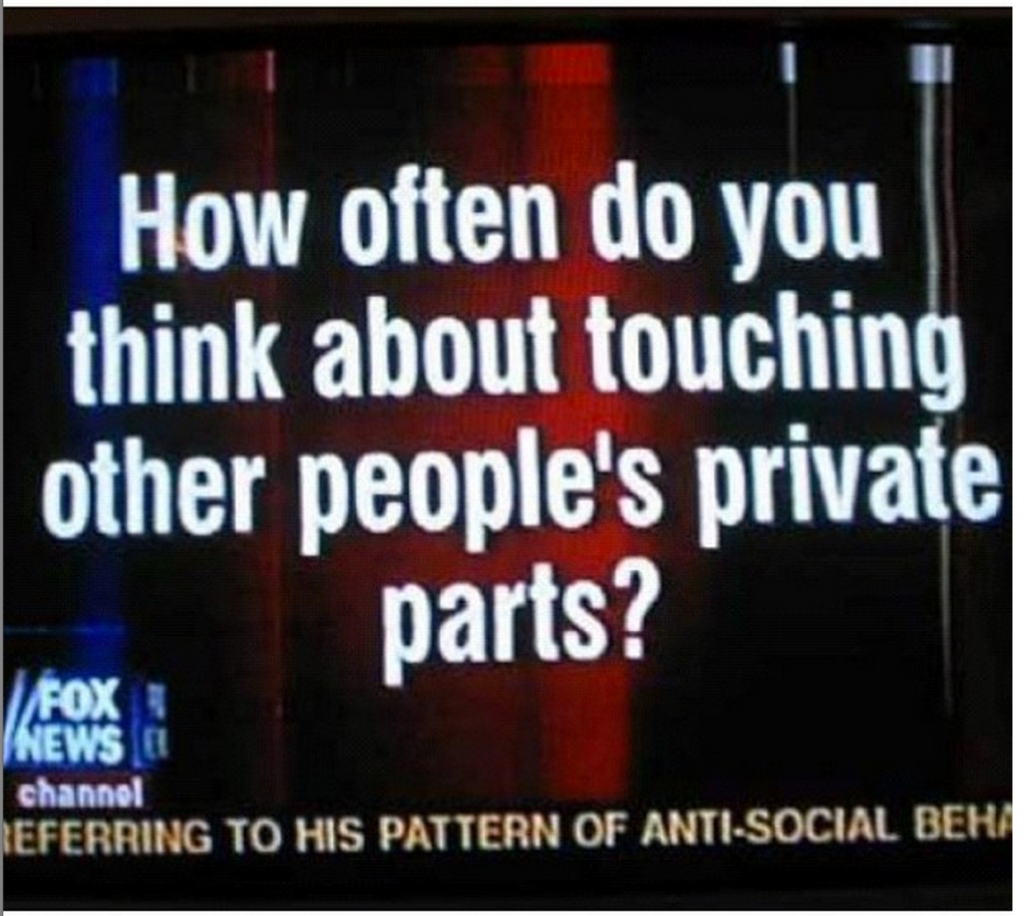 And then there was last week, when a gang of camo-clad warrior-cops decided to go shock-and-awe on a legitimate protest in Missouri, and the network of small government and individual liberty responded with:

“How can anyone think this is real?” I found myself murmuring when this aired. But who gets their news from real news anymore? We get our news from morning-after viral videos attacking the real news, or from videos attacking the videos. Our entertainment becomes a kind of horror. Our horror becomes a kind of entertainment. The lines between irony and truth blur in ways we barely notice.

Where is this heading? On the day that the Ferguson police released the footage of what they said was Michael Brown in the convenience store, Mashable ran a story about how ClickHole, The Onion‘s parody of BuzzFeed-esque clickbait sites, is frequently indistinguishable from the targets it sets out to satirize. So many Facebook users mistake Onion links for real news that the social network is testing a “satire” flag. Earlier this summer, Japanese roboticists unveiled “the first android newscaster” in Tokyo. She has “perfect language skills, and a sense of humour,” according to the AFP video of the event. Maybe she does. But it has grown harder to say what is funny in 2014. It has grown harder to know what is real.