All Talk and No Wrestling Makes WWE a Dull Watch

The Rules of the Game 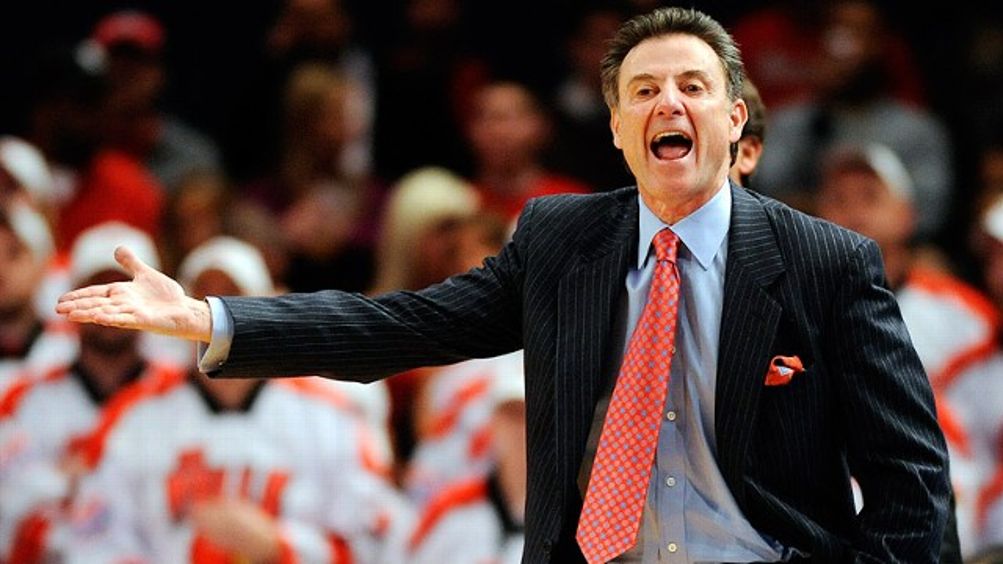 On Saturday night, Louisville beat Cincinnati, 50-44, to win the Big East championship in what was one of the more singularly preposterous matchups of the entire run-up to the NCAA tournament. Prior to this weekend, these two teams had played each other in championship games in two other conferences — the Metro and Conference USA. One of those conferences even still exists.

All weekend, there was about the tournament the slightly musty smell of encroaching obsolescence. There was a time, and not so long ago, when the Big East was a spotlit thing, playing its tournament in New York, its original membership constructed from schools with long basketball traditions and large eastern media markets. It made stars, like Pearl Washington at Syracuse, and it made people like Patrick Ewing who already were stars into superstars. This year, its championship game was a contest between two teams from the Ohio River basin.

And the game itself was a rock fight. Cincinnati scored 14 points in the first half and, while Madison Square Garden was properly filled, the whole atmosphere felt like someone had lifted a Midwest state high school championship game and dropped it into an NBA arena. It was a stone dropped down a deep well. Ultimately, the Bearcats managed to overcome their nearly disembodied start and make the game close, but they made just enough mistakes in the last three minutes to lose it.

The whole scene was otherworldly. Louisville played in its new Adidas uniforms, garish concoctions that were orange all the way down to the shoelaces. When the players lined up for the anthem, the team looked like a closed exit ramp. (These were the same line of uniforms that produced Baylor’s bilious yellow/green drapery over the weekend. Allegedly, these are made from some revolutionary new lightweight fabric. But can’t revolutionary new lightweight fabric come in colors that don’t look like they were pumped out by the Hubble telescope?) And the overwhelming sense of the proceedings was that of great loss.

The Big East is losing big teams and replacing them with smaller ones, because, as is the case with so many colleges in so many conferences around the country, the administrations of some of its members have let their greed eclipse both geography and common sense. Pittsburgh is leaving for the ACC, and West Virginia is joining the Big 12. The latter is a perfect measure for the silliness of the whole affair. The West Virginia fan base is famously fervent, and more than willing to travel, but the state’s median household income is $38,000 a year, and now, instead of trips to New Jersey and Philadelphia, those fervent fans will have to haul that fervor to Lubbock, and Waco, and Stillwater, Oklahoma. It is absurd, but conferences are nothing more these days than the staging areas for extended television programs, and the Mountaineers are simply moving their show to another studio.

But the real blow came when Syracuse announced that it, like Pitt, was joining the ACC. Syracuse was a charter member of the Big East. It has been central to Big East history. Its fans pour into New York for the tournament every spring. The league can replace Pitt and West Virginia with Memphis and Temple, but it can’t replace Syracuse with, say, Houston. Oddly enough, Rick Pitino, the coach of this year’s Big East champions, whose career began as an assistant at Syracuse, and whose history with the league goes back to his days at Providence, seemed to catch best the odd malaise that hung over the weekend.

“Some of us who were born in New York City can’t fathom Syracuse being in the Atlantic Coast Conference. The strange thing about it is that certain schools don’t need money. All of you say money is the reason, and it really is not the reason.

“We’re the number-one revenue producer in college basketball by $11 million, according to Forbes last year. We made $40 million and Duke was second with $29 million. So, with that in mind, when we make decisions of what to do with our program, it’s based on our athletes and our alumni. We polled all our athletes and our alumni, and 90 percent of them said they loved the league.”

Some of it is football, which always wags the dog despite the fact that there would not be an NCAA without the revenue from college basketball. But most of the dynamic is propelled by the merciless drive for profit and the soulless imperatives that are engaged when sports becomes about “producing content” rather than playing the games. None of this is reversible anymore. None of this is escapable. Rick Pitino, no longer a young coach, knows this more than most.

Pitino saw the future of the whole game as a player at the University of Massachusetts when a gangly freshman named Julius Erving showed up at practice. He wasn’t one of the legends who was already there. He wasn’t Dean Smith or Lute Olson, or Denny Crum at Louisville. He was the next generation. In fact, he was part of the first Next Generation.

Pitino was there, coaching, in the late 1970s, when college basketball was first taking off, largely because ESPN was launched, and because CBS lost the NBA and needed some sort of basketball to fill in the time between the NFL and the PGA. The game peaked dramatically over the following two decades, helped in no small part by the advances in technology that made following the college ball, and concocting wagering pools on the NCAA tournament, easier for a mass audience. What used to be a vague cult on the fringes of the sports consciousness — I went to my first Final Four in 1973, and paid nine bucks for my ticket — exploded into a destination event.

Then, over the past several years, as the economy tumbled, and as the structure of college sports became as stable and reliable as an Italian government, the game lost some of its glow. Syracuse is leaving the Big East for the ACC and two big paydays a year with Duke and North Carolina. West Virginia’s moving to the Big 12, and its fans surely must already be saving the egg money for those trips to Texas A&M and Oklahoma State. Nothing makes sense anymore.

Over the past several years, as the economy tumbled, the structure of college sports became as stable and reliable as an Italian government.

Pitino and I go back a long time. In the late 1970s, I was working for an alternative newspaper in Boston — this was what was once called an “underground” paper, until it started turning $5 million a year, which was when it became alternative — and he was coaching at Boston University. I didn’t write a lot about sports then. There were too many crooked state representatives with whom to have fun. But I hung around college basketball, because I’d been hanging around college basketball my entire life, first in Worcester, Massachusetts, when my father and I went to every Holy Cross home game for most of the first 20 years of my life, and then at Marquette, where I paid fervent (and liquid) pilgrimage at the shrine of the Blessed Al McGuire for four years, and for long after that as well.

In 1979, I went to New Orleans to visit my old roommate, and to go to the Sugar Bowl. As a kind of busman’s holiday, we went to watch Pitino’s Boston University team play LSU, which had Rudy Macklin and DeWayne (Astronaut) Scales, and which had an entire roster of dudes who could jump over Pitino’s entire roster, even if the Terriers stood on each other’s shoulders. The game ended pretty much as you thought it might, and a couple of writer friends and I were outside the BU locker room. Inside, it sounded like boot camp for Armageddon.

“I WILL NOT BE EMBARRASSED THIS WAY!” Pitino hollered, even though the only mistake his team made was not bringing automatic weapons. My writer pals and I looked at each other and wondered where they kept the defibrillators in the Maravich Center.

He moved along and I moved along, Pitino to the Knicks and then Providence College, and me to the Boston Herald, where I covered college basketball full-time. While he was at PC, Pitino and I developed a kind of cabaret act. I would snipe at him in my column and then he would snipe at me in his press conference. (Once, when he missed a game because of a “stomach ailment,” I wrote, “Swine flu, mayhaps?” God, I was a pain in the ass.) But, at the time, he was also going through a dreadful personal tragedy and I decided to back off. Eventually, we started speaking again, and he and I decided that we both loved basketball too much to hate each other.

He had his success with Kentucky, and then failure with the Celtics, and then the grotesque carnival he made of his personal life when he went to coach at Louisville. But his teams still play with blood-dimmed fanaticism on defense, and it’s such an odd thing to me that Rick Pitino is now an object of nostalgia, a monument to the way things used to be.