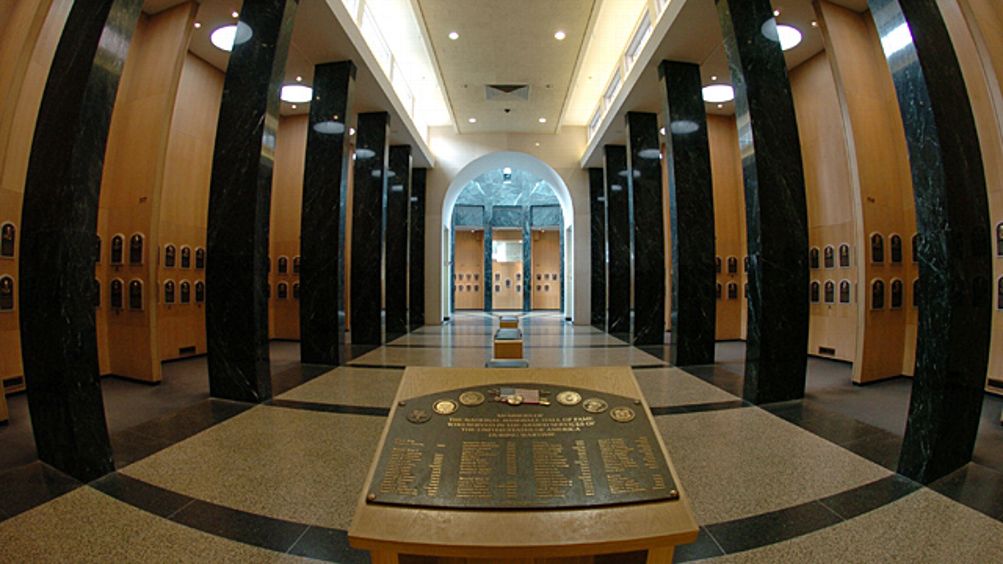 Sorry I missed you this weekend. I was in the minds of baseball’s Hall of Fame voters. You know, the collective conscience of 569 ballot-casting writers — Peter Gammons, Ken Rosenthal, etc. — who ensured that no living soul will make it to Cooperstown in 2013. You might think that sounds grueling. Hall of Fame voters are the condo board of baseball. But the minds of Hall of Fame voters is also sort of fascinating. If we’re going to be at the mercy of this bunch of guys every year, it’s worth studying how they think.

Here in the minds of the Hall of Fame voters, I can report they feel they worked hard last week. “Those choices came after some soul-searching and not a little deliberation on my part,” one voter wrote. Said another, the Baseball Writers’ Association of America “asks me to vote and I take my duty seriously. I try never to shirk a moral choice.” The vote, according to a third writer, was a “nuanced, complicated, and moral debate.”

But as Deadspin noted, the writers didn’t have any fun. “It used to be easy, voting for the Hall of Fame,” one voter moaned. BALCO changed everything. “This isn’t just about evaluating a player’s career,” another writer explained, adding, “It’s now about ethics and morals and right and wrong and accountability.”

Whereas the minds of Hall of Fame voters used to be crammed with stats and memories, now it’s filled with Juiced, Game of Shadows, and the contents of Jeff Novitzky’s briefcase. This is bad. Because when Hall of Fame voters write about a player who might have used PEDs, they use legally proscribed phrases like “persistent suggestions” or “mentioned 82 times in the Mitchell Report.” Hall of Fame voters seem like they hate lawyers. But you wonder if it’s because they’re starting to write like them.

Here in the minds of Hall of Fame voters, baseball is something that needs protecting. Note I didn’t say baseball’s Hall of Fame — that was toast when Hughie Jennings was inducted in 1945. But writers see their ballots as a way to retroactively reclaim baseball’s purity. “[Y]ou’re telling me it’s OK if baseball — the national pastime — is morally mediocre compared to those other sports,” one voter wrote. “I do not accept that.”

“We’re talking, after all, about the game’s soul,” another Hall voter wrote.

The strange thing is, the issues Hall of Fame voters are worrying about snatched baseball’s soul a long time ago. Watching the debate each year is like watching an Outside the Lines episode from 2004. And it has been this way for years.

Consider: Jackie Robinson broke baseball’s color barrier in 1947. But 24 years later, the Hall of Fame blundered back across the color line when it tried to confine Satchel Paige to a separate exhibit for Negro Leaguers. “I ain’t going in the back door of the Hall of Fame,” Paige said. (The Hall backed down.)

Pete Rose was banned from baseball in 1989. But writers have relitigated baseball’s case against him annually, and were doing so at least as recently as this 2011 Sports Illustrated column, which argued Rose should be inducted.

When Moneyball was published in 2003, baseball writers, with a few trollish exceptions, accepted advanced stats. Except this year, one voter still swiped at “new-age stats guys who are envious of the writers.” Another voter compared them to the tea party. (Note to self: While we’re in that guy’s mind, find out what he thinks of the tea party.) As a Deadspin survey noted, voters who supported stathead fave Larry Walker also voted for Rock Raines and Edgar Martinez, proving the Moneyball cleavage still haunts the voters.

The other issue that’s getting a second airing is PEDs. Among fans, I’d say PED furor peaked between 2005 (when Jose Canseco published Juiced) and 2009 (when Alex Rodriguez was outed by Sports Illustrated‘s Selena Roberts and David Epstein). These days, a former user can coach hitting and, one league over, a guy who got suspended for 50 games takes cuts for the Blue Jays, and nobody gets hysterical.

Except in the minds of Hall of Fame voters. In here, Victor Conte is passing out “the cream” and “the clear” to a Boy Scout troop in the upper deck. “The users of performance-enhancing drugs will have to be elected to the National Baseball Hall of Fame by someone other than me,” one writer declared.

As SB Nation’s Rob Neyer notes, it’s hard to find a voter who argued Barry Bonds and Roger Clemens weren’t Hall-worthy before learning that they used PEDs. But last week, Bonds and Clemens were picked on fewer than 40 percent of ballots. Meaning, the typical Hall voter felt they were deserving candidates but decided, Screw it, I’m going to punish them anyway.

Punished how? By not voting them in this year. “Not yet” is the favorite weapon of Hall of Fame voters. As one put it, “[L]et’s take a year to think Bonds and Clemens out.”

“Since this issue first came up — when Mark McGwire was first on the ballot — I don’t feel like the discussion has advanced any,” says Neyer. It hasn’t — few voters, for instance, have thought more about why it was OK to use amphetamines in the ’80s but wrong to use steroids in the ’90s. But the delay isn’t about clarifying a moral distinction or gathering more data. It’s about milking the clock and cutting into the 15 years a player has on the writers’ ballot.

“[I]n 15 years, with baseball under a new commissioner and with the perspective of time,” one voter wrote last week, “the story and its fallout may look different. I could change my mind and check the box next to Barry Bonds.”

Think about that: In 2028, a writer is reserving the right to change her mind.

The most interesting question is, why is the Hall of Fame voter doing this? Why the performance? “It’s a safety valve, perhaps,” says John Thorn, Major League Baseball’s official historian. “We release a little bit of steam.”

Baseball writers were duped by juicers and have the clips to prove it. Their “no” votes are a method of venting. As one writer put it, “Some may view this ballot as our punishment for doing such an awful job of protecting the game from steroid abuse.”

Another way to think about it: Bonds, Clemens, and Sammy Sosa were never suspended by Major League Baseball for PEDs, and short of one count of obstruction of justice, never punished in a court of law. The Hall of Fame voter becomes a vigilante. To quote the voter in the previous paragraph, “This isn’t like [Clemens’s] case where the lawyer gets to pick the 12 dummies who might fall for his courtroom BS.” It’s typical of the minds of Hall of Fame voters. When the system fails, they take the law into their own hands.