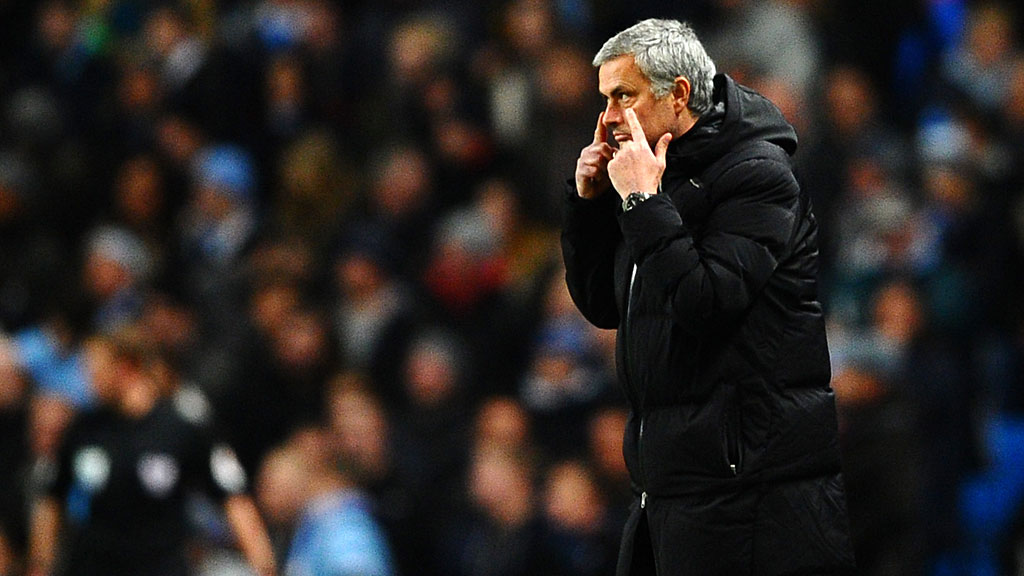 Jose Mourinho knows how to lie in a way that sounds deeper than the truth. Of his many usefully unscrupulous talents, this is one of the most useful and least scrupulous. He says things that he knows are untrue, and that you know are untrue, and that he knows you know are untrue, but that somehow or other just stick. In 2005, during his first run as the manager of Chelsea, he called Arsene Wenger a “voyeur” when the Arsenal boss publicly questioned Mourinho’s transfer policy. It wasn’t fair, but neither is poetry. The jibe captured something weird and curdled in the impression the hawk-eyed Wenger makes; they were still talking about it in England eight years later. No one actually believes Wenger spends his free hours gazing into the rear courtyard, but that’s not the point. The goal of Mourinho’s lies1 isn’t to persuade you to believe anything. It’s to hit you at a level below belief, to shock your sense of reality into thinking it agrees with his.

This is why the soccersphere went into medium-intensity convulsions last Friday when Mourinho, now back for a second stint at Chelsea after a three-year run at Real Madrid, bellied up to the table at his weekly press conference and called Wenger a “specialist in failure.”2 On one level — the correct one — it was a dumb quip. Wenger’s won more than twice as many games as the next manager on Arsenal’s all-time wins list. His goblet game is Robert Baratheon–esque. He once won the Premier League with an unbeaten team, for Preston North End’s sake. There’s a bronze bust of him at the club where he’s still the coach.

On the Mourinho Distortion Effect level, however, the line was an H-bomb. It’s been nearly nine years since Arsenal last won a trophy, so calling Wenger a “failure” wafts up a fan angst that’s gotten pretty dank at this point, and also invokes a whole complex of player-morale issues exquisitely timed to the club’s recent slump in the table. But the really wicked part of the phrase wasn’t the word “failure.” It was “specialist,” which played on the old sense, once celebrated, that Wenger is a soccer-obsessed technician, a dyspeptic tinkerer who lies awake pondering his players’ individually customized nutritional programs.3 When Wenger was winning championships, his melancholy-scholar image stood out as something to admire. Now, though, admiration has eroded into the widespread critique that his idealistic system for running a team has compromised his ability to win matches — that he has focused too much on youth development, cared too much about pretty passing, taken too long to shore up a leaky defense that never recovered from the loss of Patrick Vieira, and so on. All Mourinho had to do was take a widely accepted way of thinking about the Arsenal coach — that he’s a professor of soccer style, say — and twist it into a synonym one shade too dark. The result was a micro-portrait of a haunted masochist that you both could and could not immediately reject as a characterization of Wenger. It was brilliant. It was evil.

If it seems like I’m overthinking this, I probably am — but then, the major reason Mourinho’s taunts work so well is that they’re almost too slippery to think about at all. And like it or not, what managers say to the press does help to establish what I’m going to go ahead and call the conceptual framework within which soccer is understood. You wind up thinking in their terms because their terms are so endlessly talked about. I’d argue that Wenger never fully recovered from the “voyeurism” comment, that it actually meaningfully affected his ability to do his job, even though everyone agreed that he was mostly blameless and that it was a scummy thing for Mourinho to say.

The problem is that most managers, faced with Jose’s level of pithy cruelty, lack the requisite verbal dexterity to respond in kind. You get a lot of stiff ripostes in which the word “embarrassment” is heaved forgettably into the void, with the result that Mourinho enjoys a disproportionate influence over the basic conceptual agenda of whatever soccer league he’s coaching in.4 An influence, it goes without saying, that he wields entirely selfishly, because unacknowledged legislators are the worst.5

And sometimes this drives his opponents absolutely nuts. Back in 2011, when Pep Guardiola was coaching Barcelona and Mourinho was still at Madrid, Mourinho dropped some snide aside about something,6 and the normally mild Barça boss went shrieking into the gulch:

In this (press room), he’s the fucking chief, the fucking man, the person who knows everything about the world and I don’t want to compete with him at all. It’s a type of game I’m not going to play because I don’t know how. I won’t justify my words … Off the pitch, he has already won, as he has done all year. On the pitch, we’ll see what happens.7

Pep Guardiola’s head is a place of indoor waterfalls and harp music and palm fronds used as giant fans. Anyone who can do that to it has a legitimate calling in aggravation. Pele likes to call himself the Beethoven of soccer; Jose Mourinho may be the Mozart of pissing people off.

These days, of course, Pep Guardiola is managing Bayern Munich, a team so great you can see the light they emit from space, and he met Wenger’s Arsenal squad8 in a Champions League knockout tie this week. You could call it the Dudes Who’ve Got a Bone to Pick With Jose Mourinho Derby, but that’s everybody. Both on paper and in practice, it was a fun game, an overmatched Arsenal side battling the whirlwind-plus–Arjen Robben that Bayern drops on the pitch. A bunch of guys missed penalties, Arsenal goalkeeper Wojciech Szczesny was sent off in the 39th minute for a gentle, gentle foul that resulted in a classic Robben agony boulder, Toni Kroos bull’s-eyed the upper right corner of the net from outside the area; it was great. German hearts were smiling, as usual.

But I couldn’t escape the feeling that it would have been more fun if the teams were really playing each other. There’s this weird ghosting effect that soccer gets sometimes. You know how when you’re doing time trials in Mario Kart, you’ll sometimes race against the translucent shape of whoever holds the record for the track? You can see them, but you can’t bump them over the edge as they go rocketing ahead of your slow self in Wario’s Gold Mine? It’s like that.

Every Arsenal match, at least, until the Premier League race is won or (probably, I guess) lost, is really about whether Wenger can still win a trophy. Every Bayern match is really about whether Guardiola can live up to the hipster-servicing glories he achieved at Barcelona. And what that means right now is that for both teams, there’s a little ghost figure on the pitch, untouchable but still setting the pace. And for both teams, it looks like Jose Mourinho.

All I know is that Mourinho colonizes soccer games like nobody since Brian Clough, and it’s hilarious and maddening, and we should probably name the whole era after him, if only to shut him up. You can’t get away from it; people who complain about how irritating it is that everyone talks too much about Jose Mourinho are talking about Jose Mourinho, solely because Jose Mourinho talks so much. When he left Chelsea for the first time, his successor, the gloomy Avram Grant, once did a whole press conference in five minutes and 39 seconds; it was nominally a protest against the stupidity of the press, I think, but of course it was really about the legacy of Mourinho. Why, this very column was supposed to be a match report on Arsenal-Bayern and a look ahead to their second-leg match on March 11, but Mourinho just walked into it. And as usual, I still can’t decide whether I love him or hate him for it.

That’s the thing about a guy like Jose. He’s a poet. You can’t hope to gain an insight into him until you let him ruin your insight into everything else.