Martinez vs. Macklin: Down by Madison Square Gardens 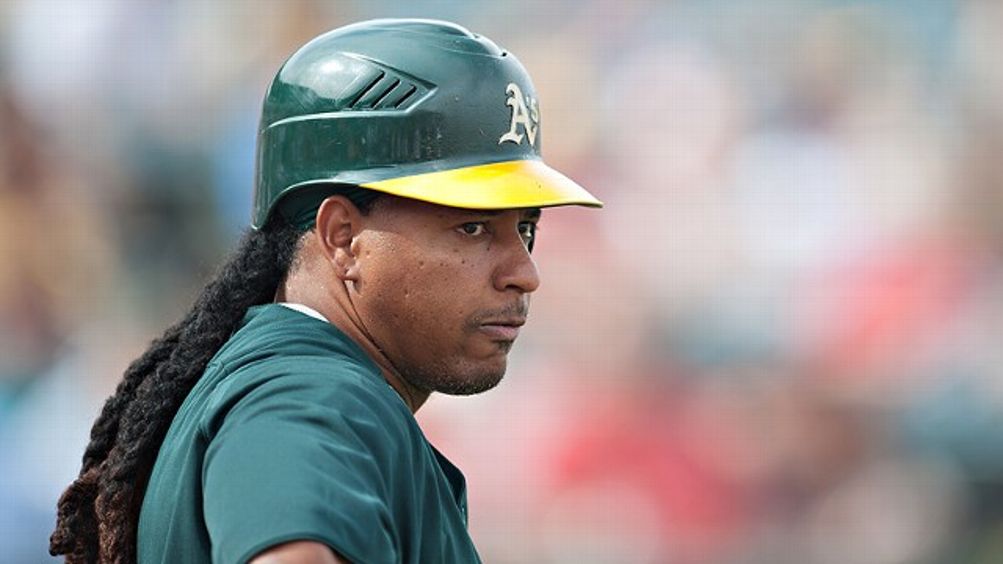 Spring training is nothing if not a vehicle for the exercise of the intangible. Not much else about it makes sense. Its original function was to get baseball players out in the hot sun so they could sweat out whatever they’d ingested in various brothels, or rid themselves of the 40 gazillion beers they’d all drank at deer camp in upper Michigan. These days, in terms of physical exertion, it looks more like a way to throttle back your offseason conditioning regimen, a kind of two-month glide path into the long season. Most players, truth be told, look as though they’d worked a lot harder in the gym over the winter than they’re working in the flat Arizona sunlight.

If, as the baseball romantics tell us, the ineffable joy of baseball is the leisurely unwinding of the drama over 162 games, then spring training begins the whole shebang as an accelerated, fragmented opéra bouffe. For example, on St. Patrick’s Day last Saturday, half of the Chicago Cubs were working out at Hohokam Park in Mesa. Later, this half of the Cubs would get on a bus and drive 15 minutes to play an exhibition game in Phoenix against half of the Oakland Athletics. The other half of the A’s were a few cacti up the road in Scottsdale. The rest of the Cubs were playing in Las Vegas. If the most important job of a manager is to maintain consistency over the long haul, to keep everyone on an even strain from April through October, then it’s hard to see how spring training contributes to that in any real way. It’s like starting a marathon with a pie fight.

Instead, what spring training does do is help a team create an identity that it can carry through the months ahead. It does this by opening a space wherein individual players can create identities for themselves. This is not as easy as it looks. On the afternoon before St. Patrick’s Day, I took myself on a busman’s holiday to the grandstand of Kino Veterans Memorial Stadium in Tucson, where half the Milwaukee Brewers were playing half the Seattle Mariners. The guy sitting in the seat next to me was grumbling loudly that the Brewers hadn’t brought a single player that was going to be on their major league roster on Opening Day. That wasn’t entirely true. By the fifth inning, however, almost every position on the diamond was occupied by a player carrying a uniform number usually associated with tight ends or, at best, with a middle linebacker.

But, for that one day, they had the uniform itself. They were big league ballplayers. Their shirts and caps said so. The scoreboard proclaimed “Brewers” and “Mariners.” The PA announcer prefaced their at-bats with, “Now batting for Milwaukee … ” Not Denver, or Tucson, or someplace else in the bus leagues where they’d be playing in June, but The Big Club. And if some of these guys began to identify with being a big league ballplayer on one sunny afternoon in the desert, then who was to say that the identity wouldn’t take in him? That it wouldn’t make him work harder in the cage, or take the extra 200 grounders during infield? Every athlete’s true identity is self-constructed, after all. The dangerous identities are the ones that the world constructs for him.

And, as these dozens of little identities are forged, so is the larger one of the team itself. How, for example, would the Milwaukee Brewers maintain the identity they’d built for themselves over the last few seasons, what with Prince Fielder gone off to Detroit, and with the incredible and inexcusable circus that Major League Baseball had made out of Ryan Braun’s alleged use of performance-enhancing drugs? There is no telling what the essence of being a Milwaukee Brewer will be this season. But the process of developing it begins here, in front of grumbly and leathery old snowbirds, nursing beers long gone warm and sour, who complain about how the stars are always somewhere else.

So, the next day, I followed half the Cubs across town to their game against half the A’s because there was an issue of identity I wanted to study over there. And it wasn’t the conversion of the ballpark into Gilbert and Sullivan Irishry for the day, beer vendors dressed as leprechauns and all the rest of it, that I was looking for. (Every March 17, under the sod in Sligo, I swear Mr. Yeats is going at 78 rpm.) Instead, it was one act of identity at the end of what may be a lost career. Someone who’d already had a clutch of identities developed for him by his own foolishness and by other people — idiot savant, childlike genius, clubhouse killer, reckless hedonist, drug cheat — when the only real identity he ever had was one of the greatest hitters of the baseball in the past 50 years. Had he managed to cling to that, I wondered, and let the devil take the rest of it? The long season, to be sure, makes for long, long stories.

Hey, man, how you been doing?” he asks, and does not wait for an answer. There’s a brief, Cheshire cat of a smile on the broad face underneath the luxurious braids, and then he’s gone into the weight room. Manny Ramirez has work to do.

Back in February, Ramirez signed a minor league deal with Oakland that will pay him $500,000 if he makes the big league roster. He still has to serve a 50-game suspension for violating baseball’s substance-abuse policy, and he retired last year rather than face a 100-game suspension for a second failed test. Last September, he was arrested for striking his wife. He will be 40 years old in May, and this is his last second chance in a career that seems constructed of nothing but second chances.

His last great run was in Boston, where he helped the Red Sox win the only two world championships that the team has won since 1918. It ended ugly there. Ramirez was accused, in no particular order, of being disloyal (for meeting New York Yankee Enrique Wilson after a game), of being violent (for an altercation with a clubhouse man), for jaking it with injuries, and, literally, for being opposed to veterans and to children with cancer. His achievements at the plate, where he hit 274 home runs, were attributed to his uncanny “natural” ability to hit the baseball in the middle of all the drama he created around himself. His talent was infantilized. He was a child genius on the field, and he was the personification of mature menace off it. That was the identity that attended him in Boston.

He was shuffled out of town during the 2008 season in a three-way deal that landed him with the Los Angeles Dodgers. The deal was attended by some strategic leaking from the Red Sox front office — something of an administrative trademark under present ownership — whereby the local media could exercise their tender consciences over the departed blight that was Manny Ramirez. His name was among those that turned up in the strategic leaking of the allegedly “confidential” results of a 2003 drug testing survey. When he failed a drug test with the Dodgers in 2009, half the Boston media took victory laps on his head. When he retired from baseball last year rather than face a 100-game suspension for failing another test, much of the national media followed.

(Ridding the Red Sox of bad characters was considered one of the triumphs of current Red Sox ownership. This view held until last autumn’s complete collapse, when it was discovered that several of the gritty gamers that management had brought in spent their time downing beers and chowing down on fried chicken during games. This, it appears, will be the topic of media outrage until approximately 2016.)

He contributed mightily to his own several demises, but he never was the villain he was made out to be. Nobody could be. He pleaded out the second suspension, agreeing late last year to sit out 50 games before he was eligible to return. This allowed him to come to spring training, play in exhibition games with the A’s both here and in Japan, and, theoretically, be with the big club until the gates are unlocked on Opening Day. “It’s unusual,” admits A’s manager Bob Melvin. “But it is what it is. At least we know when he’s not going to be able to be with us, so you deal with it.”

By all accounts, Ramirez has been a legitimately constructive presence around the A’s, mentoring the team’s younger hitters, particularly Yoenis Cespedes, a hugely gifted 26-year-old Cuban outfielder in whom Oakland has sunk $36 million. He’s also continued to be the grind in the batting cage that he’s always been, studying video of his swing until his eyes burn, shaking off the rust that’s accumulated on his game. The swing, at least, is completely within his control.

“He’s a smart hitter,” said Kurt Suzuki, the young Oakland catcher. “You can really tell that he’s studied the craft of hitting because the tips he offers you really show that he’s focused on the little things that can make you better.”

He bounces around the clubhouse, his signature dreadlocks tied up in a cone-like wrapping that makes him look like a woman who sells pots in a Moroccan bazaar. He jives around bilingually, interrupting a game of hearts that’s raging in one corner of the room. There is no telling how long this will last, or if he will manage to screw everything up again, giving aid and comfort to the people who so eagerly made him the face of everything that was wrong in the game, and who minimized the 555 home runs and everything else he accomplished. This is his last second chance. In May, he will be 40 years old, and there aren’t many springs left to him.

Against the Cubs, he demonstrated that, at the very least, his eye is still keen. He worked the count deeply in all of his at-bats, even though he hit the ball hard only once, a vicious top-spinning grounder that blew through Chicago third baseman Josh Vitters and ignited an early three-run burst by the A’s. He was greeted at the plate by an odd, if thoroughly lubricated, reception. There was booing and cheering in equal measure, along with some catcalls about the suspension and about “warning-track power.” This is the life he has made for himself. This is the life that has been made for him. Perhaps this spring is the chance for Manny Ramirez to finally disentangle the one from the other. That is all spring training is for, after all. To build identity here in the desert, ringed all around by the stark, stunted mountains of a broken, unfinished horizon.