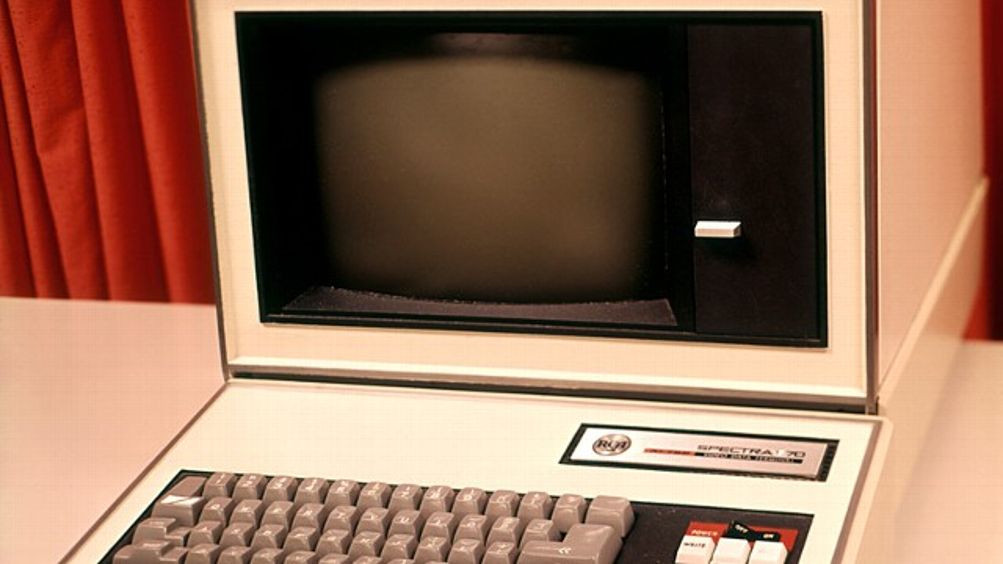 I was waiting in line on the third floor of the Boston Convention and Exhibition Center on Friday to pick up a boxed lunch before heading to a presentation on “Predicting the Likelihood of Field Goal Success with Logistic Regression” when some guy milling around nearby ran into someone who was either a buddy or business associate.

“It feels good to shake your hand, man,” I heard him say. “I’ve gotten so many dead fishes today.”

Limp handshakes can strike anywhere, of course, but I suspect that at the annual Sports Analytics Conference hosted by MIT’s Sloan School of Management, their percentage relative to total glad-handing might be a little bit higher. (If I were as academically rigorous as so many of the attendees, I might already be hard at work devising a study to measure this. We could call the resulting stat QualGrip or Squeeze Versus Threshold or something.) Of course, there’s also the strong possibility that there are fewer firm grips because there are just so many more hands being shaken. Now in its seventh year, the SSAC has grown from a small meeting of the minds in a few empty MIT classrooms to what feels like an entire ecosystem. That it was held this time around in Boston’s massive convention center and heavily sponsored by ESPN only added to that vibe.

There were an estimated 2,700 attendees this year, a mix of students (really low QualGrip with that crowd), writers, employees of start-up companies whose names are all various puns on the word “analytics,” front-office bigwigs and lil’wigs, accented academics, and — according to the official attendance list that everyone loves to pore over on the first morning to see whom they want to mildly stalk — one Reggie Love.1 It’s a funny environment. Mark Cuban stalks the halls trying out video games, trailed by aspirational geeks like a pasty Pied Piper. Michael Lewis, hosting the keynote discussion “Revenge of the Nerds,” looks over at America’s most adored prophet, Nate Silver, and casually remarks that he can’t remember whether he interviewed him for Moneyball. (I wish my own memory lapses were as highbrow as that.) There are basketball-shooting robots in one room, and guys giving talks about tracking the eye movements of soccer players in the next. One night, while out to drinks with a few colleagues and others, I turned to one of those others and was about to politely inquire “So, what do you do?” Before I could, a bunch of the other guys at the table started peppering him with questions about the San Antonio Spurs. As it turns out, he was R.C. Buford, the team’s GM. Nice guy!

It’s hard not to have what I call the New York City Nightlife Problem while you’re at the SSAC: There’s so much going on at once that you’re always kinda wondering if you’re missing something better. I went to a really great panel on labor negotiations that featured some lively debate, an excellent moderator in Harvard professor Deepak Malhotra, and — a sad rarity at the conference this year — some in-depth discussion of the NHL. Still, that meant I missed out on hearing Herm Edwards devote almost an entire panel to throwing Tyler Thigpen under the bus, dragging him back out, and then throwing him under again. (I also went to that soccer eye-tracking panel in lieu of being present for the fireworks at a gambling panel in which professional NBA gambler Bob Voulgaris and bookmaker Matthew Holt got prettttty testy indeed.)

One presentation that I thankfully didn’t miss was Kirk Goldsberry’s talk on tracking and evaluating interior defense in the NBA.2 Grantland and/or NBA enthusiasts may be familiar with the work of Goldsberry, a Harvard visiting scholar who focuses on spatial analysis. He uses the data captured by SportVU, a company that has placed high-definition cameras that capture every movement by every player during every instant of every game in half the NBA arenas. The resulting X and Y coordinates are a treasure trove of information for Goldsberry and his team, who weave all that straw into gold by turning multimillion-cell spreadsheets into CourtVision infographics that are easy to understand without seeming dumbed down.

That last part is what’s key. By and large, the discussions at this year’s SSAC routinely came back to the importance of communication, collaboration, and context. The stereotype of the fuddy-duddy GM being harassed and condescended to by a nerd with a spreadsheet is crumbling somewhat. Front-office types are incorporating such analyses into their operations, and at the same time the stats crowd has broadened: In the past year I’ve come across more researchers and writers who use advanced metrics or optical data in conjunction with more “traditional” methods, like narrative writing and video clips. (The new wave of visual data, I think, will only push this further.)

There’s still a long way to go — in one telling exchange, Craig MacTavish of the Edmonton Oilers barely paused to consider a research paper on NHL zone entries, despite it being one of only two dedicated hockey presentations being featured at a conference he chose to attend. (He’s missing out: It’s some really great stuff.) In a panel I attended on “Hall of Fame Analytics,” which focused on the way HOF voters make their decisions, ESPN’s Buster Olney made an interesting point that goes the other way. The analytical types, he said, often deride older-generation players who may look good by standards like RBIs but don’t hold up to the newer Moneyball-style rubrics. But, he argued, those guys weren’t trying to do the sorts of things that the sabermetrics crowd approves of, such as take walks.3 For years, MLB salaries were strongly tied to RBIs, Olney found when he went back and looked. How are we to know that they wouldn’t have been just as good by more modern metrics if that’s what they were getting paid to do? As is usually the case, one side of the story leaves you half-blind.

The other major tension I picked up on at Sloan is that someone like a team general manager has neither the interest nor the incentive to spill state secrets in front of hundreds of strangers. That’s all fine and good, but a more worrisome phenomenon has started to take place: So many of the best and brightest in the stats world have been snapped up by teams, which is good for the teams, yes, but bad for everyone else. In a thought-provoking piece on Slate, Jason Schwartz shows how the leading basketball researchers have been picked off one by one, leaving a once-robust collaborative community walled off and secretive. (He compares this to the MLB, which, by being more obstinate about accepting new acronyms, actually helped advance work in baseball analytics.) It will be interesting to see how SSAC might evolve in light of this: Some of the panels suffered from vague statements and nonspecific examples in the interest of institutional discretion, and I get the sense that in the future we may be seeing more “topical” talks. This year, the concept of “Big Data” (such as the SportVU stuff, for example) was a clear theme, and the enthusiasm of the people discussing its vast potential shined through.

After spending two days and nights talking and thinking and hearing about data visualization and correlation coefficients and Big Data (to be perfectly honest, I couldn’t not think of Big Mayo every time I heard those words) and things like “Dequantizing the Player Draft Using Extreme Value Theory,” I probably ought to have prepared myself better before walking down Causeway Street toward TD Garden for a real live Bruins-Canadiens rivalry game. The Sloan conference had been, for the most part, a place of deliberately clinical dispassion; Causeway Street was a drunken locus of nutso hockey fans, a few of whom were wearing bear heads. My weekend was a living “Harlem Shake” YouTube video.

Prides of Massholes in their black-and-yellow spilled out of bars and pranced toward the arena, some of them almost up on their tiptoes in pregame anticipation. Car horns were honked as T-shirts were hawked.4 Various “Let’s go Bru-ins” chants rose and died. There weren’t a lot of dead-fish handshakes being offered, I don’t think. It’s not that there was anything particularly unusual going on — change the colors and you’ve got the scene outside any pro sporting venue — but that’s part of why it resonated. It was like attending a wonkish composium on educational policy versus showing up for the routine daily mania (open my juice box! Tie my shoes! THAT’S MINE!) of a kindergarten classroom.

It was a classic Bruins-Habs matchup: numerous lead changes, goals ranging from gorgeous to gruesome, an ugly uncalled crosscheck on Tyler Seguin by Alexei Emelin that broke Seguin’s stick and almost immediately drew the wrath of 6-foot-9 Bruins captain Zdeno Chara. He pounded on Emelin for a while (not knowing, he later said, that the Montreal player has metal plates in his face following a 2009 fight in Russia’s KHL and tries to avoid getting punched). For his chivalry he was rewarded with a hugely appreciative TD Garden crowd, the respect of his teammates … and 17 penalty minutes, the bulk of which spanned a third period that saw the Canadiens come back to score the tying and game-winning goals while the Bruins’ best defenseman sat in the box.

The whole thing could be a case study in the never-ending debate about the actual effectiveness of a hockey fight. Personally, I was torn: In the context of the game, I appreciated Chara’s move. (Head coach Claude Julien said that while it’s obviously a loss to have Chara off the ice, he supported his decision: “When people take liberties on our good players, we go to their defense.”) On the other hand, I’ve been brainwashed by science into being skeptical that the strategy is worth it in any sort of statistically significant way, and it mildly upsets me that I can’t really animalistically rah rah even a good scrap with an understandable backstory anymore without having phrases like “statistically significant” pop into my head.

Oh well. The more you know, after all, the more you know how much you don’t. But at this point, the majority of people who like sports remain blessed by the eternal sunshine of the statless mind. Midway through the game, TD Garden briefly swelled with a creative chant about star Habs defenseman P.K. Subban: SUBBAN SUCKS!5 No one had any data to back up this bold and collaborative hypothesis, but they didn’t really need to.