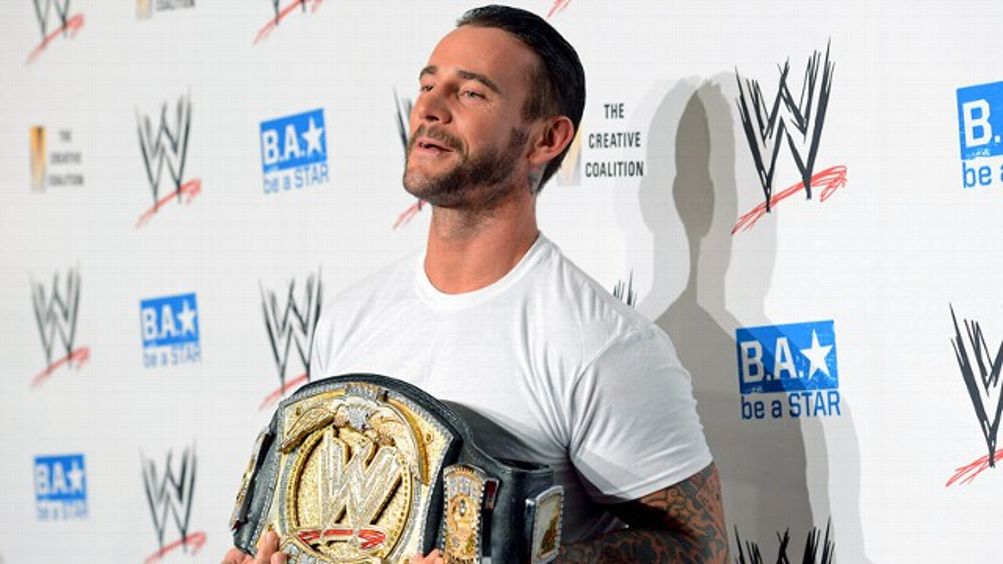 Will The Miz have a match?

This is Night of Champions, after all — the pay-per-view where the point of the show is that all the titles are on the line. When The Miz beat Christian at Raw 1000 to claim the Intercontinental title, it seemed like the perfect marriage of a wrestler in dire need of career rehabilitation and a title belt in need of a star to elevate its value. And although The Miz has been a significant presence over the past month — he capably filled in for Jerry Lawler as color commentator a couple weeks ago — he doesn’t officially have a match leading into NoC. This whole mutual rehabilitation thing doesn’t work so well when The Miz is treading water. Something tells me1 that they’ll find a nice spot for him and a few other guys who deserve to be at the PPV, and if perchance Rey Mysterio is one of them, all the better. Miz and Rey were sneaky-great together at SummerSlam, and more of that will be welcome.

There’s something refreshing about this feud. Maybe it’s the relief we feel that Randy Orton didn’t return from his Wellness Program suspension and march right back into the championship scene; maybe it’s that they’re giving the long-suffering Ziggler a chance against a wrestler whom he can conceivably beat, and in a bout that could actually boost his career. Or maybe it’s that at Night of Champions, this non-title match feels like a happy outlier, an old-fashioned angle in which two guys who just don’t like each other can tussle even though there’s no belt involved. Orton is great when he’s motivated and when he has the right dance partner, and Ziggler is getting to the point where he’s just plain great. If they can convey the animosity they feel toward one another, if they can tell the story as well as Ziggler can bump and Orton can leer, this could be the match to watch.

Can’t we just get it over with and give Daniel Bryan and Kane the tag-team belts?

The last few weeks have seen top-flight grappler Daniel Bryan and stoic demon-spawn Kane interact in a series of comedy vignettes as they have been forced by Raw general manager A.J. Lee into anger-management classes. If this sounds to you like a terrible idea, you’re not alone. But it has been a double revelation — confirmation that Daniel Bryan might be the best all-around performer in WWE and that there is a version of Kane that can exist in the Reality Era. They’ve played off each other beautifully. Bryan has sublimated his discomfort to the point that anger is becoming his motivating force, and Kane, by opening up about his tragic past, has effectively retconned his ridiculous backstory into a delightful postmodern self-awareness. When they were forced to hug in the ring last week, they proved that even the dumbest-sounding ideas can flourish in the right hands.

Their final punishment was to become a tag team. On Sunday they face Kofi Kingston and R-Truth, a makeshift team that has held on to the belts for a while, seemingly for no reason except that another, more charismatic team has not yet emerged to take away the titles. It took a while, but WWE eventually opted to toss Kane and Bryan, a couple of otherwise aimless superstars, into the mix. This could be Jeri-Show, except funnier. And I mean that as a compliment.

Whom will Sheamus offend?

In his ongoing transformation from an unflappable badass to a 5-year-old brat, Sheamus has found mass appeal in bullying peons, breaking rules, and damaging property. On Monday, in a deposition (you read that right) concerning the legality of his Brogue Kick finisher, he codified a new wrinkle in his shtick — crass ethnic stereotyping.2

It’s one thing to be a caricature of an Irishman when you are actually Irish and you’re operating in a cartoon landscape. That’s par for the course. And it’s one thing to rub Mexican stereotypes in your opponent’s face when he’s sometimes a Mexican caricature and you’re operating in a world that has never been afraid to push those buttons. Presumably, the wrestlers are just trying to get in each other’s heads. But it’s another thing to indulge in Irish and Mexican stereotypes and then make fun of an imaginary Jewish person for no particular reason, all in the same five-minute sketch. I mean, sing “Hava Nagila” to rile up a Jewish wrestler all you want (I’m looking at you, Colt Cabana and Bill Goldberg and, um, Barry Horowitz),3 but when your entire gag is “Jewish names sound funny” and “Hebrew folk songs sound funny,” then you might as well snap your fingers over your head and go full Tevye, or tomahawk your arm and do the Indian war cry, or Mickey Rooney your way through some bucktooth Chinaman shit.4

This is news to no one, but pro wrestling isn’t built on social progressiveness. The form is not intrinsically retrograde, though, either. The fans swoon for Sheamus’s racial caricatures, sure, but the itch is in the signifier: Fans in Mississippi in the 1970s booed racist routines because the heels were the ones being racist and because they knew they were supposed to boo the heels. In these instances, pro wrestling subverted the prejudicial attitudes of much of its audience. Wrestling can make racists boo racism! Nowadays fans know they’re supposed to cheer for Sheamus, so they embrace his performance, even though it’s a caveman act.

So on Sunday, when Sheamus defends his World Heavyweight Championship against Alberto Del Rio for the umpteenth time, I can’t help but feel like the finish will be more about shock comedy than in-ring prowess. I hope I’m wrong — they are both good wrestlers and they have good chemistry. I just dread the cheering if my fears prove right.

How much more evil can CM Punk get?

In the weeks since Raw 1000, CM Punk has journeyed along the stations of the heel turn cross in an effort to make the fans acknowledge him as the bad guy he was always meant to be. He attacked The Rock. He demanded that John Cena admit that Punk is the best wrestler in the world before agreeing to give Cena a title match. (Cena refused, but he’s Punk’s opponent at Night of Champions anyway.) He beat up old man Jerry Lawler. He aligned himself with loathsome manager Paul Heyman. He disrespected wrestling icon Bret Hart — in Canada, Hart’s homeland, and in front of a frothy, pissed-off Canadian crowd. He threatened to travel back in time and jump ship from the WWF to WCW.

Perhaps Punk’s greatest offense, however, came Monday night, when he and Ziggler were in a tag match against Randy Orton and Jerry “The King” Lawler. Heyman came to ringside and engaged Punk in a lengthy conversation that didn’t seem to have anything to do with the match; when Ziggler was pinned by Orton, Punk and Heyman were still conversing, oblivious to the in-ring proceedings. Heyman grabbed Punk’s title belt and they walked up the ramp, still talking, apparently uninterested in everything that was going on around them.

And that, for all his angling toward the dark side, for all his insistence upon malice and venom, is Punk’s greatest sin. He demands respect from Cena, from the fans, from the backstage powers that be, because anything that doesn’t directly concern him bores Punk to death. Sunday’s PPV is in Boston, which is Cena’s hometown, but it’s still a major market, the sort of place likely to greet Cena with as many “Ce-na sucks!” chants as cheers — despite his shockingly good promo that ended Monday’s Raw.5 If Punk wants to assure a villain’s reception on Sunday, his most powerful tools are arrogance and lack of interest. As much as I don’t actually want it to happen, the most heelish thing Punk could do would be to not give the fans a good show.

Will any of it matter?

On Monday, legendary wrestler and longtime WWE color commentator Jerry “The King” Lawler had a heart attack on the air. It was one of the most harrowing moments in pro wrestling history. Lawler survived, and he’s currently recuperating in a Montreal hospital. He had three stents put in his coronary arteries, and test results have shown no evidence of brain damage. But Lawler’s absence from the announcer’s booth at Night of Champions will hang over the entire night. Let’s hope that an improving prognosis and, presumably, a show dedicated to his continuing health will make the event reaffirming rather than melancholy. It’ll be awkward that the most central figure of the night won’t be in attendance, but it’s oddly fitting that on a night dedicated to WWE championship belts, the man most conspicuous by his absence happens to be the modern era’s most decorated wrestler to never hold a WWF/WWE title.