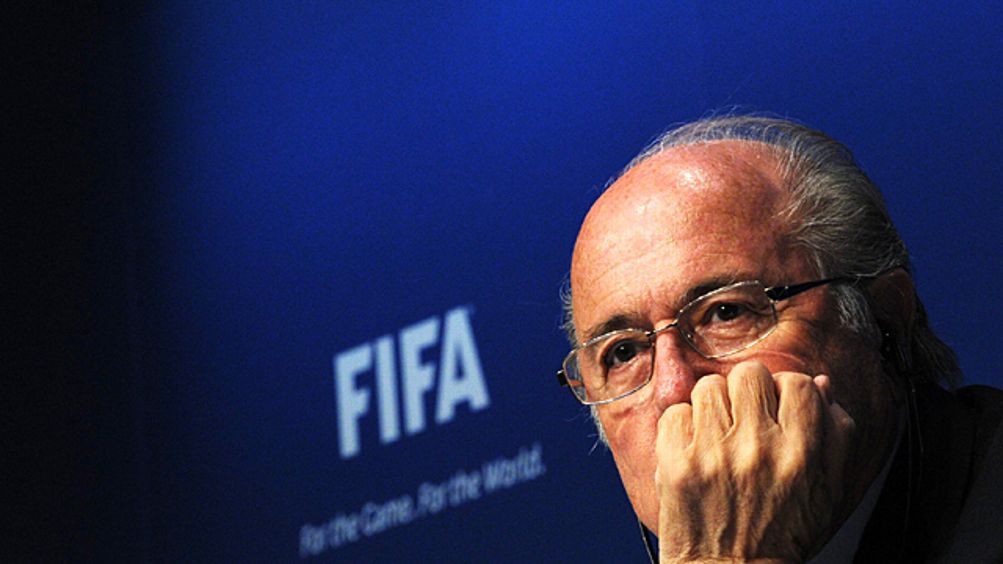 A sport is not a business. You can make a business out of a sport, in the same way you can make a business out of sex or alpaca hair or tomatoes,1 but you’ll be selling something that’s tangential to the sport itself. The NFL doesn’t sell “football”; it sells access to the best football players. Fans buy that access in the form of game tickets. NBC buys it in the form of broadcast rights, then airs the game to attract a TV audience whose sports-captivated attention it can sell to a sports-advertising firm hired by Gatorade, which is selling a drink people might choose to consume while playing a sport.

Sport generates economic activity, but sport isn’t inherently economic. Sport is just some people playing a game. You could argue that playing a game is always an economic activity on some grad-studenty, breathing-is-an-economic-activity level, and you’d probably be right, I don’t know. I have a PhD in economics, but I made it myself, out of graham crackers. The point is that if you got rid of the whole system of professional American sports, just handed it over to the North Koreans and let Kim Jong-un plumply deliver his Glorious Leopard Make Wrong Sunday Ticket Decree,2 football would still exist, would still be played, would still saturate the culture in all kinds of ways, even though there would be no NFL and Football Night in America would draw a Nielsen rating that could only be represented by a drawing of a bomb landing on a sheep.3

A sport is not a business. I’m working my way through this point because I’m about to talk about two of my least favorite things — Sepp Blatter and the question of whether soccer will ever make it in America — and I want to get a little armature in place. Over the weekend, Sepp Blatter alienated, or re-alienated, or re-re-re-re-alienated, American soccer fans. He did this by making a couple of brief remarks, at the end of an interview with Al Jazeera, about MLS and the state of the American game. These remarks were not flattering. They were also not that big a deal, but when the president of the world organization governing your sport turns his stupid-beams on you, it’s only natural to flip out a little. Here’s what he said:

The problem in the United States — it’s a little bit different. Don’t forget that soccer, as they call football there, is the most popular game in the youth. It’s not American football or baseball; it is soccer. But there is no very strong professional league. They have just the MLS, but they have not these professional leagues, which are recognized by the American society.

So, OK. What bugged MLS fans about this was pretty much what bugs everybody Blatter decides to distraction-troll; at 76, the dude simply plays with an impossibly well-crafted blend of cluelessness and malice. He’s the Johnnie Walker Blue of grandfatherly, passive-aggressive smack talk. You never know whether he’s misinterpreting facts because he’s unacquainted with them or because he’s working some Big Lie–type long con and it suits him to deny a trend. So, for instance, if he doesn’t know that MLS is now the third-ranking American pro sport in terms of live attendance, or that (as league commissioner Don Garber emphasized in his response) it has recently signed personal-best sponsorship and TV deals totaling $230 million, or that it’s well along in its successful long-term program of stadium-infrastructure improvement — that’s maddening, because he’s the president of FIFA and he should know stuff. If he knows it and he’s deliberately ignoring it, that’s maddening because he’s the president of FIFA and he shouldn’t be a smug, puffy liar, probably. It’s a mark of the truly great cultural trolls, the Trumps and Becks and Morgans, that they make you hate them for being stupid enough to be as wrong as they are while simultaneously making you hate them for being smart enough to exploit the stupidity of their audience. Blatter takes the confused-moron-but-also-evil-genius routine to a whole other plane, though, because you can’t even say whose stupidity he’s trying to exploit. He’s rousing no rabble — brilliantly. He’s hosting history’s most appalling drive-time talk show for an audience of zero, and somehow he keeps signing bigger and bigger contracts.

And then — as if that weren’t enough! — there’s the fact that he’s kind of right. Not really right, not right on the level of detail, but right in a big, soft way that’s hard to argue with. MLS’s 13-year trend under Garber has been one of gradual, steady, intelligently managed growth. You can point to a hundred measurables that confirm this.4 On the other hand, has the league been embraced by Tonight Show American society? Obviously not. And yes, it’s crazy to assume we should have reached that stage in 18 years, given that there are a couple of other sports over here that compete in a small way for public attention. But by the time you say all that, you’ve already conceded Blatter’s main point, and he just sits there, smiling his dumb smile at you, twinkling horribly.

Anyway, what got me about Blatter’s interview fragment was what it said about his, and by extension FIFA’s, view of soccer in general. FIFA, and try not to laugh as you read this, is technically a nonprofit organization that exists to support soccer at all levels. A 6-year-old practicing with a ball in an alley is, and don’t forget to download my comedy podcast on iTunes here, technically as important as the Premier League, as far as FIFA is concerned. FIFA is inevitably going to be involved with the commercial sphere around soccer, but the group’s main concern is supposed to be the game itself. A sport is not a business! And yet: Blatter looks at America, sees a country where soccer is the most popular youth sport, and calls that “struggling” because they don’t run MLS spots during How I Met Your Mother.

Well, “FIFA is about the money” isn’t exactly a moon-landing headline, news-wise. This would be a pretty minor entry in the old anti-FIFA account if it didn’t so instructively misrepresent what’s actually happening in American soccer. Because the thing is, the quarterly report of a pro league is only one way to measure the state of a sport; it doesn’t tell the whole story. And where American soccer has grown the most over the past decade is in the area where sport exists outside the business of sport.5 Or at least outside the traditional benchmarks of the business. To understand a sport’s place in a culture you have to look beyond TV and even outside stadiums — you have to look at playgrounds and mall concourses and the jokes people you haven’t talked to in 12 years are making on Facebook. And I’m sorry, but by those measures, the condition of soccer in America is roughly a billion times healthier than it was 18 years ago. It’s countless little things. You see grown-ups playing soccer in the park. You see college bros in Messi jerseys killing time at the airport. Manchester United shows up on the front page of nytimes.com — not once, but regularly. Strangers you meet know about the Champions League. I hope this doesn’t sound too anecdotal/Thomas Friedman’s–cab–driver–ish, but the whole point is that you can’t really measure it. Soccer is just much more of a steady everyday presence than it was a few years ago. It just is.

And isn’t it naive to expect anything else? The NFL and superhero movies are all that’s left of the monoculture these days, and the Internet means France is right next door to everybody. It’s the fate of almost every interest to be carried along by complex, dedicated, decentralized groups of fans. You don’t know them because their One Big League suddenly starts throwing off billionaires, you know them because you see three matching T-shirts in the subway one week and realize that this is a thing. In America, soccer fans are painting their faces for MLS games and/or streaming gray-market Blackburn matches and/or hanging out in soccer bars and/or arguing with Spanish fans about Thierry Henry on Barcelona message boards. There’s no real rubric for evaluating the success of that kind of diffuse participation. Maybe someday someone will figure out how to fuse it into a consolidated moneymaking operation, but regardless, is it even debatable that the game as a game is in better shape here than it has been in 80 years? That fans, whether or not they’re also customers, are having a better, easier, less isolated experience?