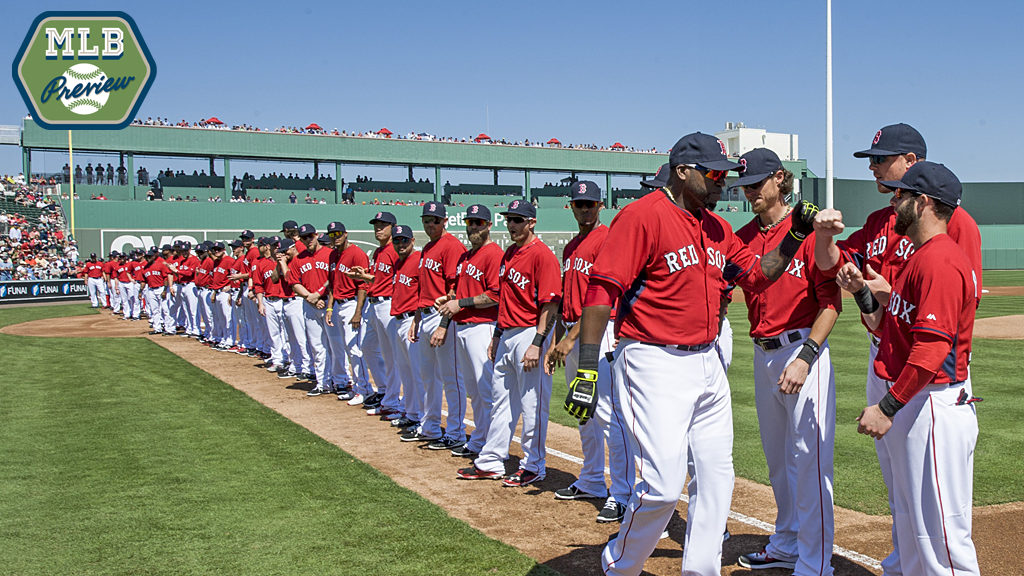 So, on Sunday, the Red Sox announced that Jake Peavy would miss a couple of starts because he cut himself with a fishing knife. (Outside of being bitten by an alligator, or being chased by cops while wearing only your underwear, it’s hard to think of a more purely Florida injury than cutting your hand with a fishing knife.) This is terrible. The season is ruined. The worst things happen to Boston fans. If we hadn’t traded Babe Ruth, Jake Peavy’s flesh would have been invulnerable to fishing knives of all kinds.

Last fall, against considerable odds, the Red Sox won their third World Series in 10 years. They did it with a roster of bearded castoffs, journeymen, and a Japanese closer who was close to unhittable throughout the postseason. They did it by hitting the ball at the right time against some of the greatest pitchers in Major League Baseball. If the 2004 championship was the end to 86 years of frustration, heartbreak, and noxious self-regard, and the 2007 championship was a validation of the new era, the 2013 championship was a nice little semi-fluky lagniappe that laid to rest forever all the cosmic talk of cosmic curses and offered the final proof that the Red Sox had jettisoned most of what made their fan base obnoxious around the major leagues. Most of it, anyway.

What is left is pure normality. That will be the lasting legacy of the 2013 champions: Boston was a well-constructed baseball team — and better constructed than it appeared on Opening Day — that had solid pitching, a few reliable stars, and a collection of guys having career years. The team was unburdened by history. It did not have the deadweight of decades hanging around its neck. It was as loose as the 2004 team was and, when it had to be, it was as coldly efficient as the 2007 bunch. And it was those things in the immediate wake of two of the worst seasons the team ever had seen, and two of the most unlikable Red Sox rosters ever assembled, and that is a considerable distinction. First was the 2011 Fried Chicken and Beer crew, who collapsed down the stretch, cost the team Terry Francona, and generally did their best to obscure the accumulated goodwill of the previous seven years in a thick, foul coating of Original Recipe. Then came the Unfortunate Bobby Valentine Experiment, about which not much more can be said. The team cratered to 69 wins, and finished 26 games out of first place, and managed to do so by being almost as insufferable as the previous year’s team was. Hiring Bobby Valentine to come back from the 2011 debacle was like injecting yourself with cholera to get over the flu.

At that point, more than a few people around the country were happy to see Red Sox fans get a kind of comeuppance for the way their self-indulgence had been, well, indulged since 2004. (Two HBO specials? A Jimmy Fallon Fenway-themed remake of a vastly superior Nick Hornby book? It was a world gone mad.) It was a two-year stint in deepest purgatory for what had been an extended exercise in hubris. For years, slumming Harvard poets had compared the Red Sox–Yankees rivalry to Athens and Sparta. Well, there was the real Greek drama, the House of Atreus, disgruntled, emptying the right-field grandstand.

Last season, then, was a demonstration that the gods had been propitiated and the penance served. And now what we have is a comfortable New Normal, and one that may be sturdier and more permanent than what we thought was the New Normal back in 2004. As that year’s postseason wound down, there was a lot of talk about what Red Sox fans would do once the team actually won a World Series. (My answer? Let them win and then I’ll be happy to see what happens.) What we learned was that they would go right back to being miserable, and that the team would respond to it by being even more miserable than they were. But everything righted itself last year. The Red Sox became a winning baseball team that was nothing more than a winning baseball team. They stood and won on their own simple normality. This is not something that exactly has resounded through the team’s history.

I became aware of the Red Sox in 1964, 50 years ago, when I was 10. They were amazingly bad, finishing 27 games behind the New York Yankees. And then, the next season, against all possible odds, they actually got worse. They finished at 62-100 and an astounding 40 games behind the pennant-winning Minnesota Twins. It was almost as if they were playing in another league. Hell, it was almost as though they were playing on another planet. They drew fewer than 700,000 fans to Fenway, which was not yet America’s Most Beloved Ballpark.™ They were a raggedy, hopeless mess, and I loved them.

So I was formed as a fan in a zeitgeist in which the Red Sox were not expected even to flirt with contention. This was crucial. An entire generation of Red Sox fans was born in 1967, when the team miraculously turned around a decade of futility in a single season, winning a glorious four-way pennant race and pushing the St. Louis Cardinals to the limit in the World Series. These are the people who so stoked the resentment of the rest of the nation in their triumphal glee 10 years ago. This was the seedbed for a thousand exercises in self-flagellation. The first time I ever heard the historical litany of Red Sox failure — Enos Slaughter! Denny Galehouse! — was in connection with the loss of the 1967 World Series, a series the Red Sox had no business winning in the first place.

But, because I became a Red Sox fan during a desolate time in the team’s history, I think I was able to take what happened after 1967 with considerably more equanimity than most people were. The 1975 World Series loss to the Reds was easier to stomach when you remembered not Pesky’s holding the ball but, rather, watching Lou Clinton bat cleanup. The 1986 loss to the Mets went down more smoothly when you remembered not Joe McCarthy’s bungling his pitching staff in 1948 against the Indians, but, rather, watching Jack “The Old Tomato” Lamabe ride in from the bullpen to try to keep the Sox a mere six runs behind.

The Red Sox of my youth were losers, and not particularly lovable ones, either. They were shamefully late to integrate, and they lost enthusiasm for their work reliably around Memorial Day. They were not losers because they would reach the apex of the sport and then fail. They were losers because they lost, a lot. This is where I learned the basic lesson of being a Red Sox fan, a lesson that was lost for many years beneath an avalanche of mystical hoohah: It Could Always Be Worse.

So last season’s team was almost perfect. The local sports punditocracy spent almost the entire summer waiting for it to fail. This was partly because sports-talk radio is a job neither for grown-ups nor for advanced primates. But it also seemed for a long time to be grounded in empirical fact; sooner or later, the league would catch up to Koji Uehara, or Mike Napoli would strike out 111 times in a row, or Jonny Gomes would take a wrong step and send his kneecap spinning off into centerfield. I was waiting for it all to happen, and it never did. I waited for Tampa’s young talent to usher the Red Sox out of the playoffs. That didn’t happen. I waited for the Detroit pitching staff to melt their bats into a puddle. That didn’t happen. I waited for St. Louis’s obvious superior talent at most of the positions to assert itself. It could always be worse. But it never was.

This was the first Red Sox championship of the Post-Nonsense Era. It was achieved through the careful, and very wonk-based, construction of a roster that had precisely the right strengths at precisely the right times. And now, they are going about the business of defending that championship in much the same way. Winning is the newest normal. There are no curses to worry about anymore. Sometimes, a fishing knife is only a fishing knife.