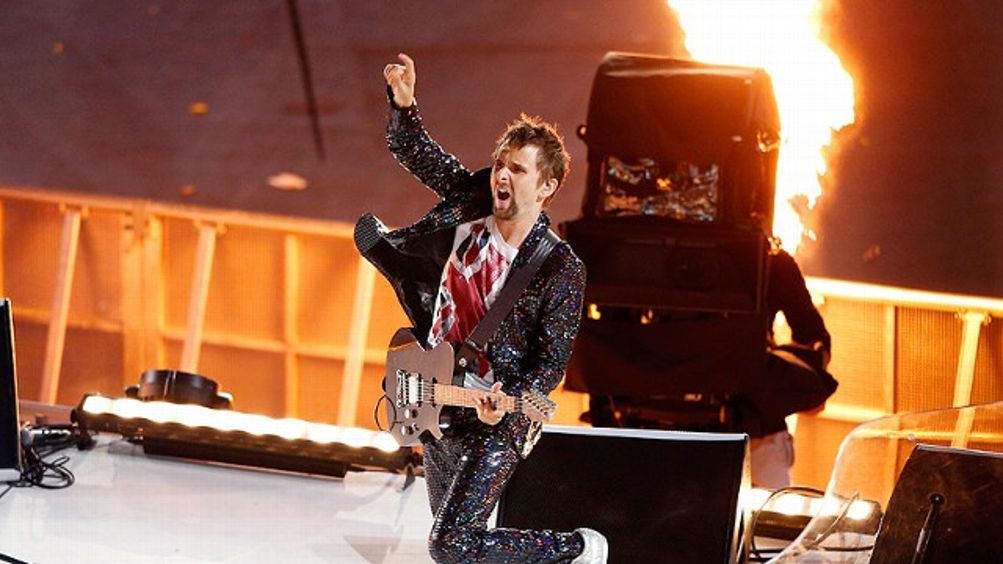 As William Goldman once said, when it comes to pop culture prognosticating, nobody knows anything.

It is unwise for me to concede this. As a member of the shadowy, all-powerful cabal of manipulators and charlatans known as the entertainment media, this undermines my livelihood and sells out thousands of industry brethren in the process. I’m doing what Afghan Whigs’ Greg Dulli did to the male species on Gentlemen, only I’m less magnetic. And yet this statement seems so self-evident at this point that to deny it would require a lethal dose of delusion. We all know that the media has been decentralized in the past three decades and the audience has been carved up among countless, niche-oriented platforms. From a consumer perspective, this is mostly a big improvement. If it were still the bad old days, you wouldn’t be checking this website for pop culture coverage, because it wouldn’t exist. Instead, you’d be stuck with the lifestyle section of your local newspaper and forcing yourself to be interested in a story about Halloween decorating tips. The future is now, and it’s much more readable.

Among other unexpected consequences, the exponential increase in media choices has made our choices less meaningful. Choosing one thing doesn’t necessarily mean not choosing something else a little later on. Technology has allowed us to watch multiple TV shows that air on the same day and time. We can eventually get around to seeing every major Hollywood blockbuster from the summer if that sounds even remotely appealing. We can cherry-pick the best stories from dozens of publications without any single source being favored over the other. We might even prefer things that, in the old-media landscape, would have been depicted as being diametrically opposed to one another. Our heads are full of proverbial dogs and cats, living together in weird non-hysteria.

This is where it gets tricky if you’re in the business of predicting and analyzing “movements” in culture. In 2012, the biggest story being reported in the music media is the rise of EDM, also known as “electronic dance music” or simply “dance pop” or perhaps (depending on your perspective) “that untz-untz bullshit.” EDM has converged on the mainstream from the bottom up and the top down; it started as a grassroots movement of celebrity-averse DJs and illegal rave parties, and is now aggressively marketed by record labels and other corporate interests as the next big live-music trend. In February, Skrillex won three Grammy Awards,1 and in spring EDM’s biggest star generated largely noncritical, even fawning coverage from many of the most prominent music magazines and websites. In April, in a New York Times story about the explosion of EDM festivals like the Electric Daisy Carnival, Live Nation chief executive Michael Rapino declared that “if you’re 15 to 25 years old now, this is your rock ‘n’ roll.”

A couple of things: The phrase “your rock ‘n’ roll” in this context is supposed to mean “the latest form of youth music,” even though rock music hasn’t been the primary signifier of youth culture since (at least) the early ’90s. But Rapino’s point still stands: A lot of people in their teens and early twenties are going to EDM shows. (Which is very good for Michael Rapino.) What’s less clear (and probably less likely) is whether those people are only going to EDM shows. After all, there are practically large-scale rock-oriented festivals every week in the spring and summer, and it’s reasonable to assume that the group of people going to rock festivals isn’t completely separate from the group going to EDM festivals. Any event involving loud, visceral music and the possibility for a preponderance of drugs and/or alcohol and/or willing sexual prospects is going to be popular with the kids. EDM isn’t replacing anything; it’s simply another item on the menu. EDM might be your rock ‘n’ roll today; tomorrow, it might be Justin Bieber, it might be Taylor Swift, it might be Odd Future, it might even be an actual rock record. Or it might be all those things simultaneously, or none of those things simultaneously. Unless you’re some kind of militant entertainment separatist, there’s no need to be an “either/or” person anymore. We choose everything, and therefore choose nothing.

Looking ahead, it’s generally assumed that culture will continue to break down into an infinite series of hyper-specific subsets with finely detailed points of demarcation between micro-genres. But I wonder if we’re actually headed in the opposite direction, where genres will become so jumbled in our heads that they will cease to have meaning as distinctively different properties. Maybe all forms of pop music in the future will basically sound like the same nonsensical mess operating on its own sense of bizarre yet unerring inner logic; the only differences will be the headgear and footwear of the performers.2

If this is where we’re headed — a future where all music sounds like everything at once — the only rock band that appears at all prepared is Muse.

Muse is a British trio that has been putting out records since the late ’90s and can be credibly called one of the world’s most popular rock bands. Critics frequently compare Muse to Radiohead and Queen, because front man Matthew Bellamy sings a lot like Thom Yorke, and the band affects a mock-orchestral grandiosity that borders on camp.3 But for the most part these comparisons are reductive; lazy writers decided these were Muse’s most appropriate reference points in 2003 and haven’t paid close enough attention since then to update them.

The just-released The 2nd Law, as per usual for a Muse record, begins where Radiohead ended with “Paranoid Android”; the most flamboyant track in Radiohead’s catalog sounds like a four-track demo compared to the average Muse song. The most Radiohead-like tune on The 2nd Law is, unsurprisingly, also the most restrained; “Animals” begins with a “Morning Bell”–style keyboard riff laying down a warm bed for some slippery, Santana-style guitar licks. It sounds like the most extroverted track left off of Amnesiac. It’s on the opposite end of the tastefulness scale from “Follow Me,” a brassy disco anthem that incorporates a snippet of the vocal melody from “I Will Survive,” the wubby-wobble of dubstep, some industrial rock guitar, and a light but steady rhythm paced by the in utero heartbeat of Bingham Bellamy, Matthew’s recent newborn with his partner and repurposed retro band-aid, Kate Hudson. Radiohead worried that ambition made you look pretty ugly; Muse insists it makes you fucking gorgeous.

As for the Queen influence, Muse stays true to that band’s “anything goes” attitude but with a 21st-century multitasker’s mentality. Bellamy has described The 2nd Law as a “Christian gangsta-rap jazz odyssey, with some ambient rebellious dubstep and face-melting metal flamenco cowboy psychedelia.” Actually, it’s a lot more convoluted than that. “Panic Station” is like an outtake from an unreleased Rush album from 1986 produced by Jimmy Jam and Terry Lewis, except really odd. The torch-y balladry of “Explorers” imagines a scenario in which Celine Dion performs Jeff Buckley’s Grace in its entirety while riding a flaming seahorse through downtown Las Vegas. The very pretty “Save Me,” one of two songs sung by bassist Christopher Wolstenholme, dials it back a bit, crossbreeding Led Zeppelin’s “The Rain Song” with the opening track from Jimmy Eat World’s Clarity.

This probably sounds awful, and some of The 2nd Law is exactly that. I consider myself a Muse fan, but I’d never argue this band gets it right most of the time. I find that the idea of Muse is often more enjoyable than Muse’s music. One-third of Muse songs are unlistenable, another third are merely ridiculous, and the final third are stupidly exhilarating. The ham-fisted Olympics-themed “Survival” belongs in the first category, the curiously inert two-part title track belongs in the second category, and “Madness” — which starts out as a bump-and-grind R&B sex romp that morphs into yet another dubstep track and then morphs again into U2’s “Stuck in a Moment You Can’t Get Out Of” — somehow, against all odds, belongs in the third category.

But even when The 2nd Law is incomprehensible I can’t dismiss it; there are parts of this record that I suspect were sent from a distant time to assassinate my brain, and I can’t fault them for doing so successfully. This is thoroughly futuristic rock music, in the sense that it puts things together in ways that don’t yet make complete sense. It was created for a world where Skrillex’s Bangarang EP is a deathless classic that future rock fans will enjoy playing simultaneously on one of four stereos with Janet Jackson’s Rhythm Nation 1814, Yes’s Fragile, and the Labyrinth soundtrack.

At the very least, if The 2nd Law is a hit, every popular rock band will be incorporating massive drops into their songs by this time next year, if not much sooner.4 Rock will sound more like EDM, and EDM will take on more characteristics of rock as it continues taking over arenas. Music will be different, but also the same. Everything will change, and therefore nothing will change. The future is now, only it’s too diffuse for us to find meaning in it.