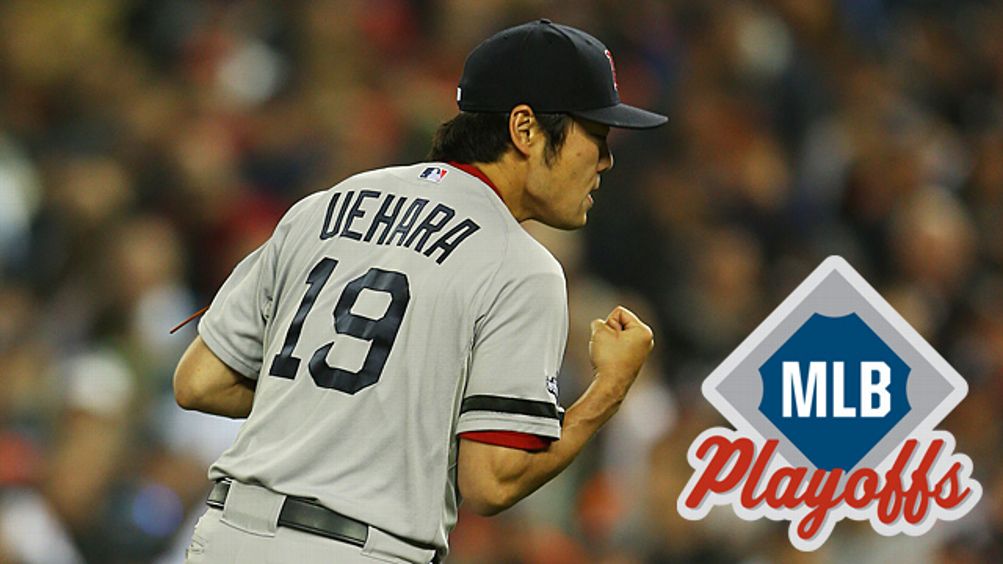 When Koji Uehara came on in the eighth inning Tuesday, after teammate Junichi Tazawa had struck out Miguel Cabrera with two men on, the Boston Red Sox were clinging to a 1-0 lead over the Detroit Tigers in what was undoubtedly the single biggest at-bat of Game 3 in this year’s American League Championship Series. Uehara struck out Prince Fielder on three pitches, the last of them a splitter that was a singular bastard of a pitch. Fielder looked like he was trying to kill an invisible snake. In the ninth, Uehara, who had thrown 12 straight strikes over the past two games, gave up a single to Victor Martinez. But a splitter got Jhonny Peralta to bounce into a double play — and what Uehara did to Alex Avila was simply not fair.

Fastball tight inside for ball one.

Nasty splitter for strike one, swinging.

A fastball right down the middle for strike two.

A fastball fouled off.

Another fastball outside for 3-2.

And then a truly filthy splitter that dropped like a generation of British heavyweights, fast and heavy, at which Avila waved hopelessly.

I jumped from my couch, and by the time I was seated again Uehara had leaped into the arms of David Ortiz, who was carrying the closer as though he were taking him upstairs to put him to bed for the night. It was impossible not to smile. This unprepossessing 38-year-old from Osaka prefecture has become as tough and as solid as a chunk of granite, as cold-eyed as Mariano Rivera ever was, at least at the moment. He gave up a walk-off home run in the third game of the American League Division Series against Tampa, and it has not affected him in the least. You see no emotion until that splitter dives again and the last batter strikes out, and then he bounces from one teammate to another like a smiling spaldeen until Ortiz catches him and bears him away.

And consider that, two years ago, miserable human rain cloud Josh Beckett was haunting the clubhouse like the Bad Fairy and harshing mellows from here to Pluto. I am still Catholic enough to believe in the necessity of the occasional exorcism. Koji Uehara is what you get when all the levitation is over and the devil runs out of pea soup to spew.

I have not enjoyed the performance of a single Boston Red Sock as much as I am enjoying that of Uehara since the bluenoses in management and the various Mother Superiors in the press corps ran Manny Ramirez out of town. I am, I confess, positively giddy to watch him pitch — the brisk, no-nonsense approach, the way he knows just when (and where) to throw what is not a particularly swift fastball, and especially that wicked splitter, which suddenly moved into Bruce Sutter territory late in the year. This is a not-inconsiderable feat on his part, since the 2013 Red Sox have decided that they would win largely through starting pitching and eccentricity, expressed primarily through luxuriant beards that make the dugout look like the final scene in Witness, when the little kid starts ringing the bell and the whole town comes out.

(As someone with facial foliage myself, I, of course, applauded this development. No damn goatees. No Don Johnson filigree. Real damn beards. Civil War photo beards. Ten Commandments beards. However, apparently, the latest thing among the Red Sox is to rub your bat on a teammate’s beard for luck. I believe, as Bill Murray says in Tootsie, that we’re getting into a weird area here.)

Nevertheless, it is the clean-shaven Uehara who makes my lights shine. He didn’t start the year as the Red Sox closer. The team ran through Joel Hanrahan and Andrew Bailey before settling on Uehara, who had had a good, if obscure, career as a setup man in Texas and Baltimore. Uehara’s first game as a closer was June 21, ironically enough in Detroit, a day after Bailey’s time in that slot ended with a Jhonny Peralta bomb the night before. His breakout period came in a one-month stretch between August and September, when Uehara set down 37 batters in a row, missing by only four hitters the major league record for relief pitchers. When Danny Valencia hit a home run off him on September 17, it was the first earned run Uehara had surrendered since the end of June. Right now, he is the best pitcher in this series, and that is really saying something. 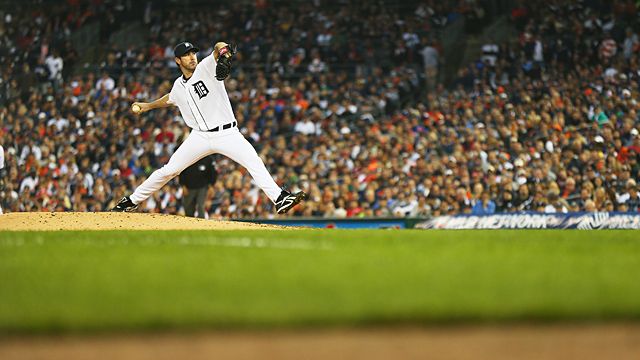 If Boston advances, which is far from a sure thing because this ALCS is shaping up to be an epic, historians are going to look back on what the Detroit Tigers have wrought and drink themselves senseless. You have to go back to the Dodgers of the mid-1960s to see a set of starting pitchers as hilariously dominant as the Detroit starters have been. Anibal Sanchez, Max Scherzer, and, on Tuesday, Justin Verlander have been ludicrous. Verlander went eight innings and struck out 10 on Tuesday, surrendering the home run to Mike Napoli that was the only run of the game. Sanchez won a 1-0 game to start the series. Scherzer left with a 5-1 lead on Sunday night, before the opera opened in the late innings. Napoli hit Verlander’s only mistake out of the park. (Meanwhile, Detroit has failed to score in four of Verlander’s last six starts, which, given the power in the middle of that lineup, is preposterous.) The Tigers now trail the series, two games to one, even though the Red Sox may not really hit one of their starters hard until spring training of 2014.

The whole series, which continues tonight in Detroit, has been upside down and backward, permanently inverted by Ortiz’s out-of-nowhere grand slam in Game 2, which broke the stillness of the Boston offense. The Red Sox starters have been fine themselves, leaving aside manager John Farrell’s decision to leave Clay Buchholz in two batters too long on Sunday night. John Lackey, redeemed thoroughly from his days as Beckett’s beer buddy, dueled Verlander to a standstill Tuesday and got a little hot at Farrell for lifting him for Craig Breslow. I suspect that the games will remain close-run things — though I can’t imagine there won’t be at least one more 6-5 job in there before it’s through — which means that Uehara’s dependability is likely to be the central pivot to whatever happens. This will make me a happy person because there is so little left in sports that surprises me anymore, and the rise of Koji Uehara is the best surprise I’ve had in years. It has given me a reason to jump off the couch as this most improbable of seasons improbably extends itself.

This article has been updated to correct the score of Game 2 of the ALCS when Max Scherzer was taken out.