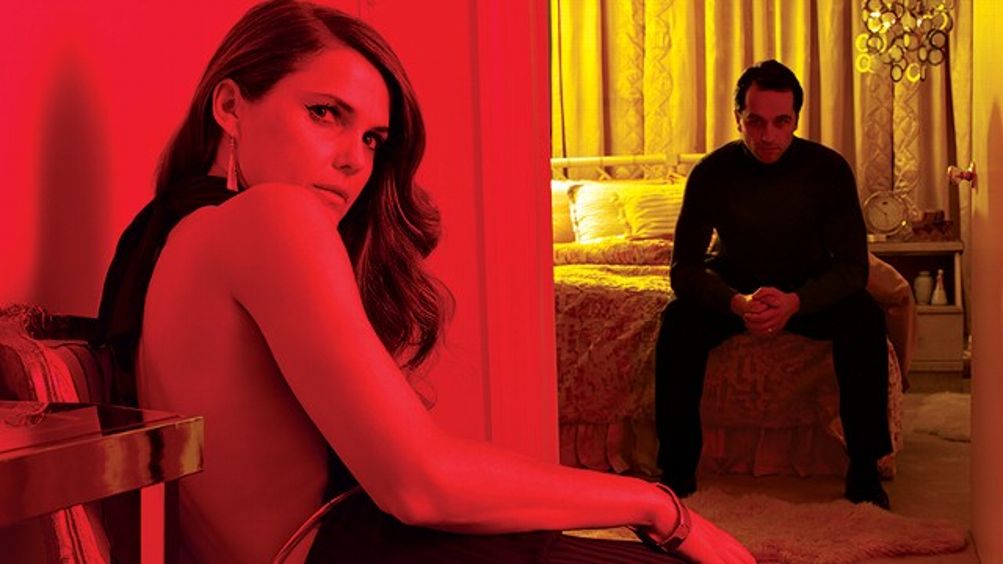 From the gangster with a heart of coal to the science teacher turned drug pusher, there’s a proud television tradition of conflating interesting story with extreme subject matter. But in recent years, the loglines of prestige cable shows have begun to read like an exercise in morality trolling: Whose hero can be the most villainous? We’ve cheered for serial killers and serial womanizers, bloodsuckers and gasbags. The Shield introduced a cop by having him shoot a colleague in the face. The first thing Kevin Spacey does on House of Cards — debuting this weekend on Netflix — is suffocate a grievously injured dog with his bare hands. This macho escalation has resulted in some remarkable television but also an increasing sense of sameness and hot air, a template designed to push the envelope but not toward anything in particular. I’m fairly sure that, at this point, a spec script about Pol Pot could at least get a pilot order at Starz, provided there’s a shrewish wife character who’s always giving her husband a hard time about bringing his genocide home with him.

At first glance, FX’s The Americans — premiering tonight at 10 p.m. EST — fits snugly into this contrarian canon: The main characters are undercover KGB spies, buried deep inside the pleated-pants suburbia of the Reagan era. As played by Matthew Rhys (Brothers & Sisters) and Keri Russell (Running Wilde — psych! — Felicity), Philip and Elizabeth Jennings are the living, carpooling embodiment of Cold War paranoia. They’ve got brownies baking in the oven, a gold Oldsmobile in the garage, and a double agent bound and gagged in the trunk. As agents in the Soviet Union’s fictional — though apparently plausible — “Directorate S,” the two are Russian nationals forced into a marriage of Communist convenience, bred to speak and behave like perfect yuppies; not even their two precocious kids know the truth. By day the Jenningses run a travel agency off of Dupont Circle. By night they kidnap defectors and ply federal employees with martinis, sympathy, and the occasional blowjob. Their countryman Leo Tolstoy once wrote that each unhappy family is unhappy in its own way, but this scenario might have tested even his considerable imagination.

The Americans, in other words, starts with the sort of stakes usually reserved for a cliffhanger finale — and that’s before the FBI guy tasked with rooting out sleeper cells moves in across the street. But it turns out that the show more than earns its fevered pace and the occasionally soapy contrivance. The Americans is the best new television drama since Homeland because, like that similarly sticky, Silver Age show, it uses its killer concept as an ellipsis, not an exclamation point. After all, we weren’t interested in Nicholas Brody because he was a terrorist; what was interesting was how he ended up that way. In a similar fashion, creator Joe Weisberg — himself a veteran of the CIA — uses real wit and skill to avoid jingoist extremes and to humanize his unlikely protagonists. Philip and Elizabeth — their real names are kept secret, even from each other — aren’t transgressive bad guys. At best, they’re highly skilled functionaries, no different from the other harried nine-to-fivers wearing Cavariccis and going out for ice cream, give or take some hand-to-hand-combat training. Surrounded by the extravagant temptations of the “Me Decade” — to buy a sports car or to wear cowboy boots, to exact brutal revenge on an assailant or to defect and run away forever — the two are richly drawn and immediately compelling, their sham marriage a remarkable window into very familiar struggles with work and life, allegiance and love. Despite its clever, propaganda-themed promotional art, The Americans doesn’t turn our flag upside down; it merely replaces the red, white, and blue with an intoxicating shade of gray.

But even though it may not shock, the show certainly manages to surprise. There are ample amounts of sex (I’d think twice about ordering a Dean & DeLuca latte from Felicity once you hear where her fingers have been) and danger — the pilot alone features a stabbing, a rape, and a close-up, lo-fi glimpse of just what Walter White’s favorite body-disposing acid does to a torso. There’s also — thank Lenin! — a palpable sense of humor: Philip line-dances amid the sterility of a shopping mall; instead of helping her kids with their science homework, Elizabeth cautions that “the moon isn’t everything — just getting into space is a remarkable accomplishment.” The period setting — a crutch that, if we’re being honest, has become the Auto-Tune to cable TV’s pop radio — is wonderfully understated here: There’s a spirited action sequence set to Fleetwood Mac’s “Tusk,” some hip-hugging jeans, and a dash of Phil Collins. But otherwise the escalating doom of the ’80s — hinted at by the nuclear speechifying of that newly elected “madman” Ronald Reagan and the arrival of Noah Emmerich’s Agent Stan Beeman across the way — remains an unsettling bass note in the background, a Day-Glo rumbling of blood and rhetoric lurking just beneath the fading ’70s drabness on display.

Where the period stuff really helps, of course, is in the espionage. Alongside executive producer Graham Yost (Justified) and director Gavin O’Connor (who proved his Soviet-busting bona fides with Miracle), Weisberg is clearly delighted to be playing in the same rough-and-tumble sandbox as John le Carré and Charles McCarry. With no cell phones or Internet — insert your own online/bread line joke here, or, rather, don’t — Philip and Elizabeth have to do everything the old-fashioned way: dead drops beneath park benches, poison-tipped umbrellas, and safes overflowing with shaggy wigs like a breeding pen for tribbles. It’s both endearing and riveting, this flashback to a time when something as straightforward as bugging a U.S. Cabinet secretary required the involvement of a housekeeper, a clock, and a “micro” cassette recorder the size of a lunch box.

As Philip, Welsh actor Rhys is a revelation; he’s a full-time chameleon unable to hide his soft heart. On far too many shows, a character capable of skewering another man’s hand like a hot dog would be bristling with testosterone and authority. Here, cable’s stultifying gender roles are finally, mercifully reversed: Rhys’s Philip is falling into like with the Great Satan and dreaming of big payouts and brighter tomorrows, but it’s Keri Russell’s Elizabeth who’s all business, whether she’s downing vodka shots or holding a knife to her husband’s neck. The two spooks are constantly spying on each other, one out of love, the other out of doubt, and the show’s most fascinating wrinkle — that these fake marrieds have sired two very real American children — plays out across this divide. While Philip melts like soft-serve for his kids’ apple-cheeked sincerity, Elizabeth slips stray bits of Kremlin propaganda into their book reports. Weisberg and network president John Landgraf deserve million-ruble bonuses for seeing something this tough in Russell’s previously soft CV. As Elizabeth, she’s icier than a bottle of Stoli, her pixie-ish features sharpened to a deadly edge. Tonight’s pilot accomplishes a considerable amount of exposition with clever dialogue and artful deployment of flashbacks, but nearly everything you need to know — and everything that will keep me coming back — is contained in the sad, scared, yearning way in which Philip gazes at his unknowable wife.

It’s a hallmark of spy fiction that everyone, invariably, is hiding something, that the worst parts of the job are the things that keep people coming back, and that, despite hundreds of promises, there’s never going to be a clean way out. On The Americans, these tropes work on multiple levels. Philip and Elizabeth are trapped by circumstance — they’re predators dropped into an impossibly alluring fishbowl. But we quickly learn that Agent Beeman, despite his placid exterior, also has experience being submerged. Separated by a cheery, artificial divider in one of those sprawling, faux-inviting housing developments that began gobbling up the countryside surrounding Washington, D.C., right around the time the show is set, the two families are each attempting to legitimize a fiction. Namely, it’s the belief that life can be compartmentalized into neatly trimmed boxes: jobs and family, God and country, good and evil. It’s the sort of suburban idyll that can either sustain or suffocate.

The Americans is outstanding television: It pops and crackles like only expert genre entertainment can. But despite the generally jaunty tone, I was struck by something sad and haunting hiding, like the Jennings family, in plain sight. In the pilot and in the weeks to come, Philip Jennings and Stan Beeman are drawn to each other in a way that’s part neighborly playacting and part recognition. They both keep odd hours and sneak onto each other’s property, exposing for a lie that cherished American idea of the picket fence, the one keeping bad guys out and painful secrets in. What we’re left with instead, for the duration of what will hopefully be a long and glorious struggle, is the sight of two families and two competing ideologies, each eying the other warily by the dawn’s early light.