Kareem and OJ: Crime and Punishment 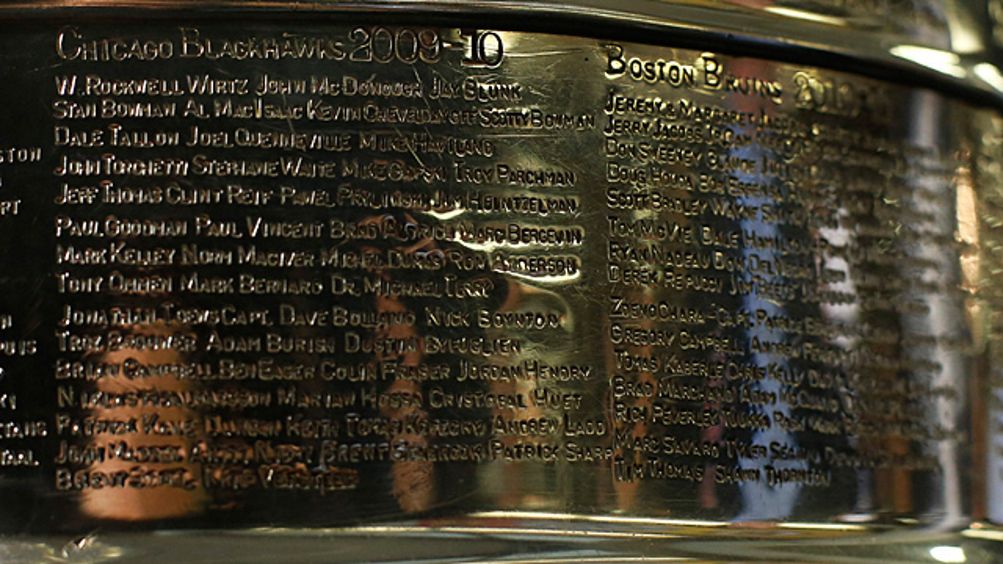 Jonathan Toews sat at his assigned dais Tuesday, propped up in a movie director–style chair, and gamely answered the barrage of questions coming his way. This being the NHL’s designated Media Day, there were a few more than usual. At one point, the topic turned, as it has and will so often this postseason, to the Boston Bruins’ Jaromir Jagr. Toews was just a boy when Jagr was just a pair of rosy cheeks, a mullet, and an unreal set of hands.

“It’s pretty amazing,” Toews said. “He was probably one of my favorite players when I was a kid. I think I wore no. 68 when I was playing summer hockey a couple of seasons.”

He began to cradle an invisible hockey stick in his hands, flexing his wrists, remembering.

“I had his Koho Jagr stick,” he said, still stickhandling an imaginary puck, “so I really looked up to him when I was a young kid. I was probably 9 or 10 at that age, and here I am getting a chance to play against him in the Stanley Cup final.”

Between the two of them, Toews and Jagr have scored one goal this postseason. But the story still resonated, still became one of the most lasting sound bites of the day. Two stars, one glimmering and one beginning to fade, each after the same thing: another Stanley Cup. For all its cruel forward motion, the passage of time can sometimes highlight the comfort of the reliably unchanging.

It’s also a reminder of all the disparate paths that finally collide here, in the final: Duncan Keith, the Chicago Blackhawk, grew up a Boston Bruins fan. (He liked Ray Bourque.) Two once-backup goalies, Corey Crawford and Tuukka Rask, will have front-and-center roles. For some players, the next few weeks are about legacies; for others, they’re just about trying to keep a leg in the door. For all of them, it will be the culmination of a bizarre but ultimately pretty wonderful truncated season.

The Blackhawks and the Bruins face off tonight in Game 1 of the Stanley Cup final at the United Center. Here’s a look at what we might expect in what will hopefully be a long and memorable series. 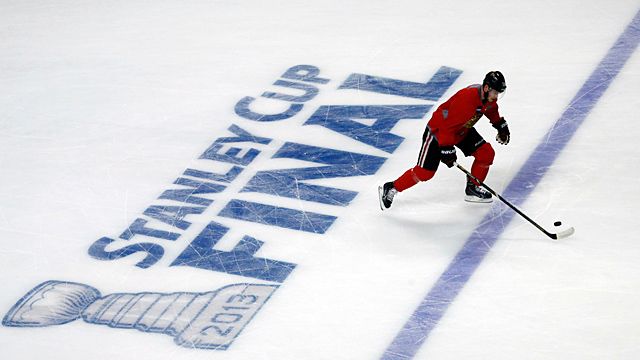 The Blackhawks and the Bruins are two proud franchises whose recent history has similarly cratered and peaked. Less than 10 years ago, Chicago games weren’t even televised locally; Boston fans, fed up with the fallow period the franchise was muddling through, sometimes wished they had that problem. But around 2006, a series of changes were set into motion: Peter Chiarelli became GM of the Bruins and the team picked up Zdeno Chara. The Blackhawks drafted Toews third overall in 2006 and added Patrick Kane as a no. 1 pick the following year. Their games began to be televised. Claude Julien joined Boston as head coach. By the spring of 2010, the Chicago Blackhawks were lifting the Stanley Cup, and a year later it was the Boston Bruins who had earned the right to do so.

“In 2010, you’re kind of so excited to get there,” Kane recalled of the Blackhawks’ successful run, “and I think at that time our team was too young and stupid to even know what was really going on. You just kind of let it fly by without really soaking it in.”

Kane was 21 when he scored the 2010 overtime Cup winner; Toews became a championship captain at 22. The Bruins’ Tyler Seguin probably knows how they felt: He was just 19 when he won a Cup. It’s one of many similarities that persist between the two teams, even though they have operated in mostly parallel universes. Here’s another: It’s been just two and three years, respectively, since Boston and Chicago won the Stanley Cup, and yet both teams are going for the repeat with a different goalie in net.

Then there’s the fact that in this postseason, both teams have had to fight their way out of a corner. For Boston — close your ears, Torontonians — their first-round comeback from down 4-1 in the third period of Game 7 against the Maple Leafs was an all-time feat, while the Blackhawks climbed their way up and over the Red Wings despite getting off to a 3-1 series deficit in the second round.

What else? The Bruins and Blackhawks both feature Selke Trophy front-runners in Patrice Bergeron and Toews. Their teams both thrive on depth and are deadly on the odd-man rush but kind of painful to watch on the power play. They are both coached by men who captained the Windsor Spitfires of the Ontario Hockey League back in the day. (You’ve got to love the bits and pieces of hockey trivia that get dredged up this time of year.) They’re both coming off dominant conference final performances: Chicago defeated last year’s Cup-winning L.A. Kings in five games, while the Bruins allowed two goals total from Pittsburgh, stunning the Penguins with an emphatic sweep. 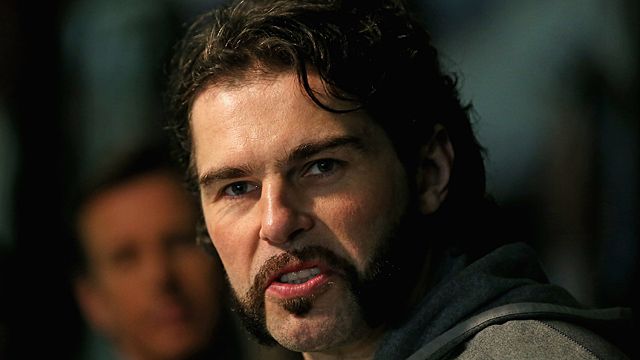 • Can 41-year-old Jaromir Jagr add to his growing legend (which already includes hair dye and weighted vests) with some sort of pivotal goal in his first Stanley Cup final appearance since 1992?

• After the impromptu combination of Bickell-Toews-Kane helped the Blackhawks close out the series against the Kings, will Joel Quenneville’s expected decision to split Toews and Kane back onto different lines pay off?

• In a series featuring top Canadians, Americans, Slovaks, Swedes, and Finns — to name a few — just how tempting will it be to start letting your mind wander to potential Olympic matchups? (Patrick Sharp understands!)

• Will either team be able to finally take advantage when they have the extra man? It’ll be tough, considering both opponents have been excellent on the penalty kill, but with how close so many games have been this postseason, an additional two power-play goals could mean the difference in the series.

• How will Boston coach Claude Julien use Chara? Sam Fels posits that the defenseman could be asked to switch to the left side in order to help shut down players like Kane and Marian Hossa.

• Will there be a better hockey hug this season than The Titanic? 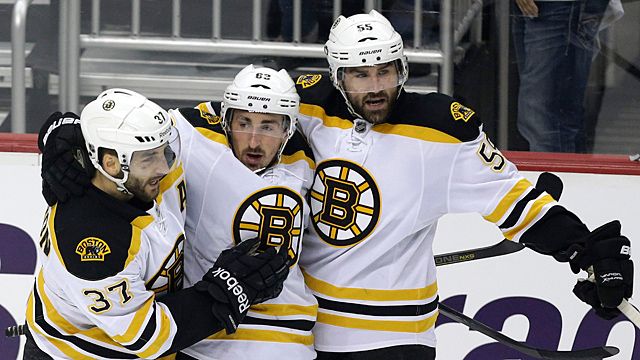 Not yet. Despite all the hoopla around this being the first Original Six matchup for the Stanley Cup since 1979, there’s not really any sort of storied past shared between the Bruins and the Blackhawks. The two teams haven’t played one another since October 2011, and after this year’s lockout and the conference-only schedules, there’s even less of an overlap than usual to draw “bulletin board material” from. That said, it’s probably only a matter of time before hostilities develop. The Bruins successfully needled Penguins captain Sidney Crosby in the previous round, and they’re no doubt well aware that the Detroit Red Wings were able to do much the same to Toews in Round 2.

Boston employs Brad Marchand, one of the league’s craziest-making competitors. To watch him operate, to see his surreptitious slashes and murmured slurs finally having the intended effect (sometimes two minutes, sometimes a stare-down, always a bugged-out opponent) is to get flashbacks to recess and that one muddy, ranting kid your mom would later dismiss as “so overcompetitive.” Maybe so, but he always got picked really early in gym class, and for good reason.

As for Chicago? They’ve got young Andrew Shaw, who said Tuesday that he has “always looked up to [Marchand] and admired him.” To be the best, you’ve got to beat the best.

Speaking of the best, here’s how that piece on Shaw’s remarks was headlined: “Master agitator Marchand ready for apprentice Shaw.” Never change, Boston media: Only you can conjure up images from Fantasia with such a gleeful strut. I’m actually kind of surprised no one went all out and referred to Marchand as “the Sorcerer”; perhaps it’s a nickname being saved for the likes of David Krejci. 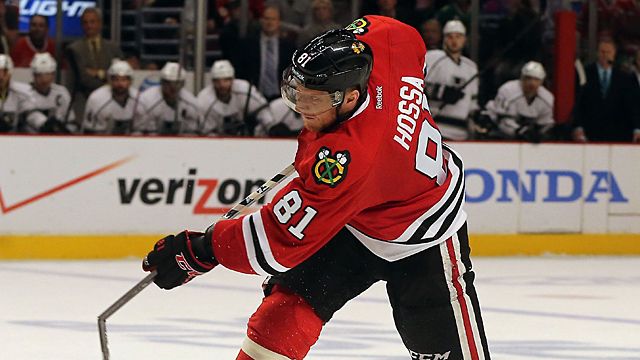 Not only are Chicago’s Hossa and Boston’s Chara neighbors in Trencin, Slovakia, the two knew one another even prior to owning proximate real estate. In 1995-96, they played on the same junior team, and after that, they were together in the Ottawa Senators organization.

On Tuesday, Hossa explained his strategy for playing against the defenseman: “I try to joke with him, because he likes to be serious all the time on the ice,” he said. “I know he doesn’t like to talk on the ice. I try to throw some funny stories on the faceoff, make him laugh a little bit.” The fate of the Stanley Cup may rest on a particularly good “horse-walks-into-a-bar” riff, in other words.

“I Want You Back,” for obvious reasons. 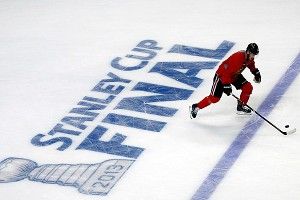 After picking Boston to lose to the New York Rangers, last round I doubled down against the Bruins and was proven wrong so instantaneously that I’m still expecting someone from the NHL to appear like that ominous whispering guy in Willy Wonka & the Chocolate Factory and pluck my credentials from round my neck.

What’s more, Boston’s play against Pittsburgh wasn’t even some sort of uncharacteristic surprise — it was just the Bruins doing Bruins things, only better. To its arsenal of various instruments of provocation, for example, Boston added perhaps the most maddening yet: calculated patience, which drove the Penguins nuts. The players’ familiarity with one another, no small luxury, manifested itself in the sort of tic-tac-toe passing that left no room for dispute. Patrice Bergeron and Krejci were awesome. Rask stood on his head. None of this should have been surprising — the Bruins have been keeping it up for years.

Then there are the Blackhawks, whose run through the postseason hasn’t been without its trials. (It was less than a week ago that Patrick Kane seemed to be giving himself public pep talks.) Chicago romped through the regular season and stumbled a bit early on in the playoffs, but the team has recovered and feels like it’s hitting its stride. Defeating a goaltender like L.A.’s Jonathan Quick makes it a little bit easier to have to face someone as daunting as Rask.

The Blackhawks have home ice for the first two games, but with a few days off in between series, they might not have had the most restful break. Nearly every Chicago player who spoke Tuesday during Media Day talked about the frenzy of hosting the Cup final, from the interview junkets to all the time and stress devoted to hooking up family members with tickets and little things like that.

I think the Bruins could steal Game 1 on the road, though I don’t think the Blackhawks would drop both at the United Center. Ultimately, I’d guess that this series will come back from Boston tied at two games apiece, with each team having won at home and away. As for those last three games, now we’re just throwing darts. If Boston’s defense can squelch multiple lines’ worth of offense the way it did against Pittsburgh, it’s hard to imagine the Bruins losing. (Unlike another defensively minded team like the Kings, the Bruins can actually score goals.) On the other hand, the Blackhawks are deeper and have a far tougher bottom six than Pittsburgh did, and their defensive corps has been looking better with each passing series. If Boston can’t win it in six, then Chicago will take it in seven.

This story has been updated to correct a reference to Jaromir Jagr’s Stanley Cup wins; he has won two.