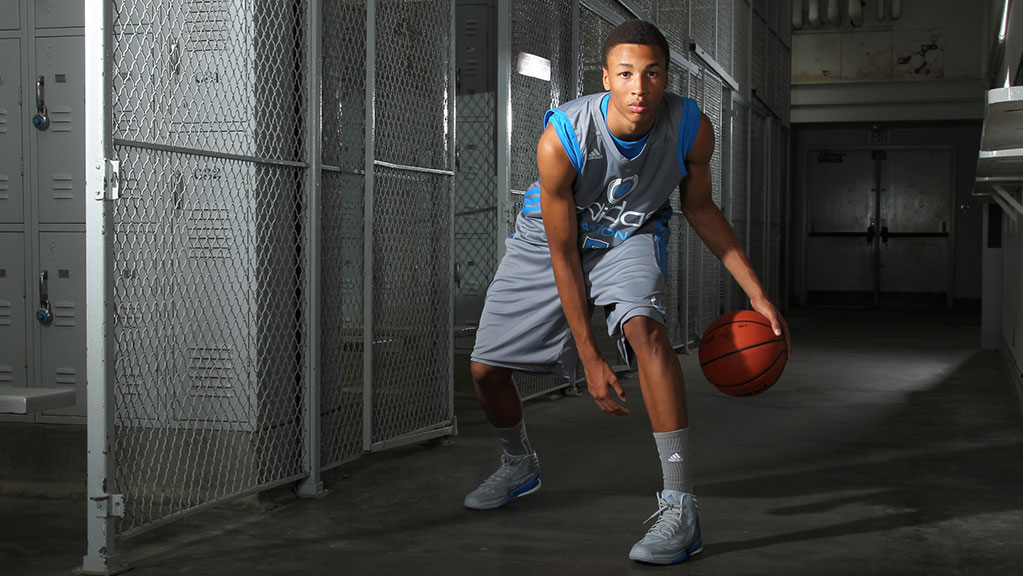 Seahawks running back Marshawn Lynch is getting paaaaaid (for eating all of those Skittles). Sources told ESPN that the candy brand has reached a deal with Lynch that will be announced later today. Skittles will also donate $10,000 to Beast Mode’s Fam 1st Family Foundation for every touchdown he scores Sunday. Guess it was finally time for Lynch to taste the rainbow in paper form.

In other less wacky, perhaps more relevant news, Australian prospect Dante Exum decided to declare for the 2014 NBA draft. The 18-year-old is ranked no. 4 on ESPN’s top 100 board and is regarded as a top-five pick by scouts and GMs. Have no idea who he is? Check out this primer from Danny Chau.

Nathaniel Popper at the New York Times wrote about how girls and boys are being recruited in eighth or ninth grade for college athletic programs and how that’s affecting the game and the children.

If you want a longer read about basketball and David Stern, check out this oral history by David Aldridge.

There are two potentially interesting NBA games — Spurs-Rockets in Houston at 8 p.m. and Grizzlies–Trail Blazers in Portland at 10 p.m. San Antonio will try to avoid losing consecutive games for the first time this season while Houston will look to avoid its third consecutive loss. The Spurs’ lineup has been thin, with hand injuries forcing Kawhi Leonard and Danny Green to sit and a shoulder sprain ailing Tiago Splitter. On the Rockets’ end, Omer Asik is still out. For the later game of the night, Portland is hoping to rebound from a loss to the Warriors in which the Trail Blazers shot a season low 33.7 percent. The Grizzlies’ hopes are a lot higher after having won three in a row since Marc Gasol’s return. Catch these two games and you should be in for a pretty fun night of hoops. You can find the full schedule here.

And there are a few top-25 games in college basketball that could be worth your time. No. 7 Michigan State plays no. 15 Iowa at 7 p.m. on ESPN, and that should be an entertaining Big Ten matchup. The Spartans are missing forward Branden Dawson (out with a broken right hand) and Adreian Payne, who will likely miss his sixth straight game with a foot injury. The team is fresh off a loss Saturday to in-state rival Michigan. Iowa is also coming off a close loss to the Wolverines (its second in the Big Ten) but came back with a win over Northwestern a few days ago. This has the makings of an upset, so be sure to tune in. Here are the rest of the games for tonight.

There’s only one NHL game we recommend tonight — Tampa Bay vs. Toronto at 7 p.m. on TSN. Steven Stamkos has been out for the Lightning with a broken foot, but rookie Tyler Johnson has started to fill that void, netting four goals and four assists in a career-best five-game point streak. The Maple Leafs are coming off two losses, giving up 12 goals to the Stars and the Jets. This marks the teams’ first meeting this season as Atlantic Division rivals, and they will play twice more before the Olympic break. The full schedule is listed here.