It bothers him, you can tell. He is Novak Djokovic, the best in the world — and yet.

There is nothing to follow that “and yet,” nothing to qualify the distance between him and the rest of the field. He is the no. 1 player in the world; he has won 40 of his 42 matches this year; he is the only player who can have an off day against any other and still reasonably expect to walk away the winner. He has now done what only one other man has ever done, and has done it more emphatically than anyone: He has beaten Rafa Nadal at Roland Garros, by the stunning score of 7-5, 6-3, 6-1.

Still, “and yet” follows Djokovic like a faint whiff of cheap cologne. The crowd keeps a slight distance. He looks to it for love; it very slightly turns its face. Nothing impolite, of course — this is tennis. But the roars for his winners are slightly muted; the smattering of applause for his misses just a little too thick. He asks for love, and respect comes instead, respect buffered by a kind of static. Last year, during his semifinal match against Kei Nishikori during the ATP World Tour Finals, the crowd cheered when Djokovic double-faulted, and the Serb sarcastically applauded in response. After his win, instead of signing the camera lens, he drew a small dot.

As he walked out onto Chatrier for his quarterfinal match against Nadal this morning, his mouth was set in a determined line and his eyes flicked around the crowd. They betrayed nothing. He had no nerves — that was clear from the start. He played masterfully through the first four games, quickly grabbing two breaks. He did what no one else could do, effectively attacking Nadal’s scything forehand — normally Rafa’s most terrifying shot — and fearlessly using dying drop shots to bait Nadal, who has incredible speed but likes to play from the back wall. But when Rafa did what Rafa does and rampaged back to even the score at 4-4, it was hard not to feel a sense of order restored.

Djokovic is the best, and yet … he was playing Nadal. Nadal had won 70 of 71 matches at Roland Garros; he has nine French Open titles. Nine! This is usually his place. Chatrier, the main court, seems almost designed to his own specifications. And this is usually his time. As it happens, it is Nadal’s birthday today — but then, when he is here, every day seems like his birthday. Lately, though, Nadal has struggled, and the self-doubt he always expresses was more than justified. Even as he seemed to settle against Djokovic, as he found his footing and measured the range of his pouncing forehand, something appeared slightly off. After one crucial point, he fist-pumped to his team — only to realize he was facing the wrong way. He was looking at the higher-seeded player’s box, which was, for once, not his own.

It took Djokovic six points to secure the first set. But once he did, the world turned flat. Nadal could not recover. He flung his shots with his usual abandon, but there was a feeling of sailing toward the edge. It was obvious; it was dreadful. There would be no way back.

Djokovic did everything better, starting with his fast, unpredictable, unreadable serve. He is nearly as proficient with his second serve as with his first — winning three-quarters of his first-serve points and 60 percent of his second (compared to 38 percent for Nadal). Nadal’s returns fell short, and Djokovic opened the court. He moved between offense and defense so seamlessly that there ceased to be any difference. Even his net play, generally not a (relative) strength, had moments of brilliance. He had one pickup volley that seemed so impossible, I almost didn’t believe what I had seen. Djokovic finished with 45 winners — to Nadal’s 16. It is hard to imagine a more thorough dismantling.

Djokovic blunted Nadal’s favorite cross-court forehand, cutting off angles, and controlled Nadal’s court positioning. While Nadal’s forehands leapt high, Djokovic’s sped through the court. His footwork was impeccable; while Nadal stepped back, Djokovic pushed in. He took shots on the rise, making contact comfortably around his core instead of his shoulders, where other players against Nadal find themselves weakly raising their rackets. He was smothering.

There was a sense in which the asphyxiation seemed literal — like the air was being slowly sucked from Nadal, from the stadium, from the crowd, from my own lungs. That is the quality of Djokovic’s dominance right now. He doesn’t slice you up, or bludgeon you. He doesn’t catch your breath. He gradually suffocates you. 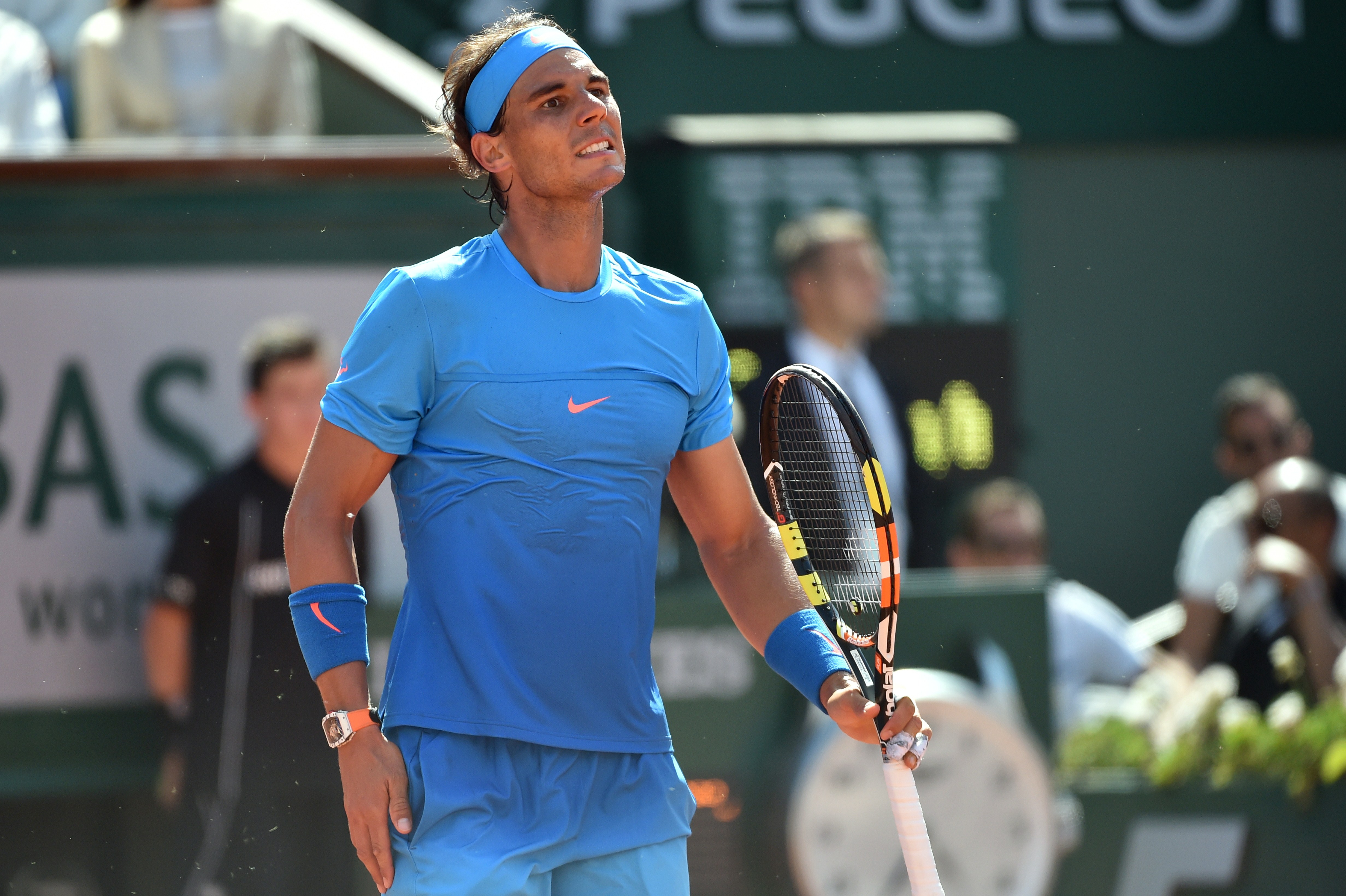 By the end of the third set, the result seemed as inevitable as it did unaccountable. Even Djokovic’s most remarkable shots rarely summon the kind of life-affirming cheers they should. When Djokovic hit a net cord to break Nadal, instead of the usual breathy ooooh and laughing applause, there was a restless rustle that sounded like boos. When he did it again to make the score 4-0, the crowd was even more perturbed. Djokovic hit an ace, and the crowd was almost silent.

Djokovic is playing some of the best tennis ever played right now. But the hallmark of his strokes is efficiency, not grace or athletic awesomeness. It takes some effort to acknowledge how extraordinary and rare it is, and to admire it. But consider the level of competition he has conquered this decade. Consider the completeness of his all-around game. Consider how his flexibility and tactical awareness have changed the sport. Consider his desire. Djokovic has reached the point where I am surprised when he doesn’t win the deciding set 6-0 or 6-1.

Nadal has not always been embraced by the crowds at Roland Garros, either — not like Federer, who has won here only once, and who has never stood on Chatrier and beaten Nadal. Federer can misfire, can hit shanks, can be thoroughly dismantled, can wear outfits that make him look like he just stepped off of a lozenge-factory assembly line — but he can do no wrong. Nadal never seemed to notice, let alone mind. This time, the crowd was firmly on his side. Perhaps it recognized all that Nadal had done there; perhaps it was sentimental, finally seeing Nadal as the underbulldog; and perhaps it had something to do with Nadal’s opponent.

Nadal would double-fault to end the match, bringing the day to a brutal close. The crowd reserved its warmth for the loser, which seemed right, given all Nadal has given Roland Garros over the years.

And yet. Never have I seen a player so obviously dominant and so underrated. Djokovic, inevitably, marches on.