You know what’s fun? Predicting the 23 American players who will go to the World Cup in Brazil. You know what’s also fun? Ranked lists. You know what’s the most fun? Combining the two. Here we present the men coach Jurgen Klinsmann will use in June, as well as a highly subjective guide to their relative importance to World Cup success. (Sorry, Sacha Kljestan, Brad Davis, Juan Agudelo, Herculez Gomez, Terrence Boyd, and assorted others.)

You could talk me into a number of other players in this spot, most notably injured Julian Green, but it’s Diskerud’s to lose. He’s creative, with good vision and imagination, but he’s not strong enough defensively to find the field against the quality of competition the Americans will face. Diskerud is still only 23. He won’t impact the proceedings this summer, but he’ll get a chance in four years.

This goalkeeper has played an outsize role in making Real Salt Lake the only undefeated team in Major League Soccer. Rimando won’t play in Brazil, but he’s one of the all-time good guys and will have a vital role in keeping the team loose off the field.

The backup goalkeeper is essentially useless until he’s absolutely vital. In all likelihood, Tim Howard will play every minute in Brazil, leaving Guzan warming the pine. Guzan might deserve to be higher on this list for pushing Howard last year, but we’re focusing on the future. 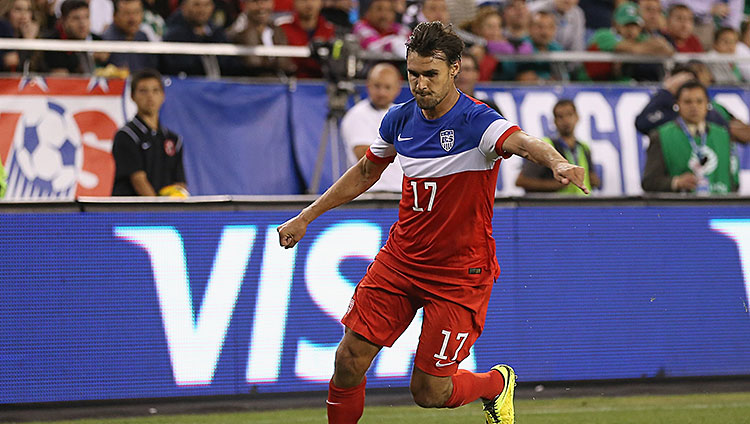 I think the San Jose Earthquakes forward makes the team because he’s the best backup to Jozy Altidore at target forward. Plus, his recent scoring run has shown his knack for goal poaching can extend to the international level. He probably won’t play much, but then again, Robbie Findley started three games in South Africa. Yes, I know Terrence Boyd has been en fuego — and has an American flag tattoo — but I’m sticking with Wondo.

The winger has been a forgotten man recently, but is quietly playing well in France. He’s also a Klinsmann favorite. Bedoya adds pace and a high work rate to the flanks. With the attacking talent ahead of him, it’s hard to see him starting, but he might be useful for the final 20 minutes of a game in which the U.S. needs to protect a lead.

The midfielder is back in MLS and looking good with the Philadelphia Union. Edu has played, and thrived, in the middle of the field for the U.S. as well as on the back line. If he makes the roster, he’s probably the fourth or fifth option in either position, but could get off the bench for brief stints. Don’t forget about that non-goal goal he scored against Slovenia in 2010.

Another player who is finding himself after returning to MLS, Parkhurst can fill in at any of the four spots on the back line. He’s not the biggest, the strongest, or the quickest, but he’s one of the smartest positional players in the pool — the dude committed just six fouls in 32 games (2,880 minutes) as a center back in 2005 — and could make up for some of his teammates’ errors.

After the match against Mexico, you might like to see Goodson start ahead of Omar Gonzalez. Not. Gonna. Happen. But could the Earthquakes center back get a spot start if Gonzalez or Matt Besler pick up two yellow cards or struggle? Perhaps.

Another guy who made a case for himself to start with an exceptional performance against Mexico, another guy who won’t get the chance — at least until Jermaine Jones is forced to miss a game due to caution accumulation. The criminally underrated Beckerman makes more sense as Michael Bradley’s midfield partner — their ceiling is lower, but they’re a more consistent pair than Bradley and Jones — but that makes no difference. 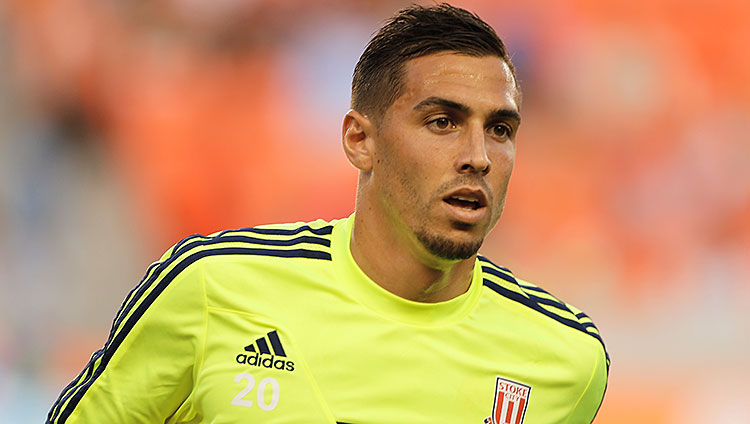 Will he get on the field? Cameron is the best right back on the team, but Klinsmann fancies him in the middle, where the coach has Gonzalez and Besler as the no. 1 pair. At this point, I don’t see Cameron surpassing Brad Evans on the right side (see below), although I would like to be wrong.

It looks more and more like right back is Fabian Johnson’s position, so Beasley — the 2002, 2006, and 2010 World Cup veteran — is in the middle. His experience dealing with the pressure of the tournament will help the team, as will his flexibility as a player.

Your offensive sparkplug. Odds he starts: low. Odds he gets 30 minutes in the second half against Ghana: much higher. Johannsson himself has said he plays target forward in the Eredivisie only because no one plays any defense, which rules him out for the Jozy Altidore role in Brazil. But he can potentially be a revelation off the bench.

Is this a little low for a one of the top American players of the last 12 years? It could be, but so much about his role on this team remains in doubt. (Could he be left off the roster entirely? Not as crazy as it sounds.) He didn’t start against Mexico, which both he and Klinsmann attributed to poor training and a knee injury. Donovan knows how to peak for the World Cup, but there’s this lingering concern that his body is betraying him.

A beneficiary of Donovan’s struggles. Zusi continues to improve with the national team, blossoming into a weapon on the right side of the field. He’s one of the fittest players on the squad, a key component of any success the U.S. finds in Brazil, and could surprise opponents who don’t pay attention. 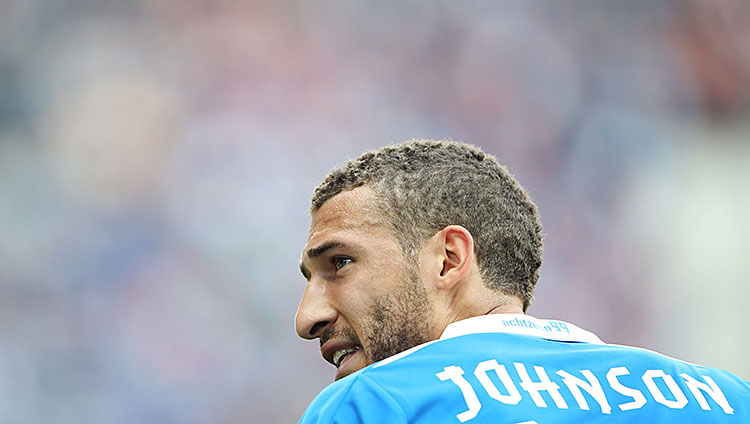 The question isn’t whether Johnson will play, but where? It’s probably left back, given the lack of depth there. If so, Johnson will be vital both defending and overlapping with the midfielder, likely Donovan.

Just weeks ago, silly writers were wondering about the end of Dempsey, but two-straight MLS Player of the Week performances mitigated some of those concerns. While he’s clearly not the guy he was for Fulham in 2011, he’s been much better than he was after first returning from England. Dempsey will start and remains a key in the attack, even if he continues to drift in and out of it.

Altidore, who will have more pressure on him than almost any other starter (yes, he’ll start), doesn’t need to score for the U.S. to succeed. But he does need to show some of the touch that has abandoned him for long stretches at abominable — but surviving! — Sunderland. As the lone target forward, he’ll be responsible for getting on the end of repeated long clearances, taking them down, and distributing. If he loses the ball because of a bad initial touch, the U.S. will find itself stretched, out of shape, and vulnerable.

The Sporting Kansas City center back has played in some big games, like the 2013 MLS Cup and numerous qualifiers, although nothing as big as the World Cup. When he succeeds, it’s because he doesn’t let the pressure of the moment or the opponent shake him. If he can do that in Brazil, the Americans will have one half of their central defensive pairing solidified.

I’m in the minority, but I think some combination of Klinsmann’s stubbornness and perceived vision means Evans will start at right back against Ghana. (Not saying this is the right call; just saying I think it will happen.) If that’s the case, the Seattle Sounders midfielder becomes a key part of the USMNT’s possible success. Will he hold up or get burned?

Klinsmann loves Jones, and the midfielder does boast a bit of bite, which the U.S. needs. But he’s not the ideal partner for Bradley, and is prone to getting caught too far forward. The duo have a month to work out their partnership; they’ll need it.

Teams are going to get their chances against the U.S. in Brazil. It’s going to be up to the Everton keeper not to give up any soft goals, and to make a couple miraculous saves. Both of these things are possible, especially if late-stage-qualifying Howard shows up instead of the Howard who had some wondering if Guzan should get the nod.

The prospect of the Los Angeles Galaxy center back starting in Brazil terrifies me, especially after his less than stellar performance against Mexico, but I still think it’s going to happen. When it does, Gonzalez’s performance might be the difference between the U.S. advancing to the round of 16 and the Americans going home after three games. Because of the position he plays and his tendency to lose focus for split seconds, Gonzalez is the player most likely to be directly responsible for conceding a goal. If (big if) he can manage to avoid that type of mistake, the U.S. could sneak out a couple good results.

The U.S. will go exactly as far as Bradley carries them.