Coming into this week, Dave Caldwell was the richest kid on the block. Thanks to some rollover cap space from last year, the Jaguars general manager entered free agency with nearly $66 million in cap room to play with — by far the most in football. The Jags had made it clear they were planning to open the checkbook, and after a flurry of signings, Caldwell was asked a question yesterday that might seem strange but actually makes some sense: Is it fun to have this much money to spend?

“I wouldn’t call it fun,” Caldwell told reporters. He praised the work of the scouting and finance departments before acknowledging that the last few days had worn on him. This is Caldwell’s third year as Jacksonville’s GM, and even in an organization with tempered expectations, there’s always a timetable. More than past seasons, this year’s free-agency class had unit-altering players worth top-of-the-market deals. For the first time, Caldwell and the Jaguars were under pressure to come away with a couple of substantial names in the pursuit of respectability.

Caldwell said yesterday that Jacksonville’s original wish list consisted of five names: Devin McCourty, Randall Cobb, Jared Odrick, Jermey Parnell, and Julius Thomas. To no fault of Caldwell’s, McCourty and Cobb took below-market deals that brought them back to their Super Bowl–caliber teams. The Jaguars hit on their other three targets, and what we already knew about their free-agency reality has become even clearer: If you’re the Jags, you’re going to overpay. 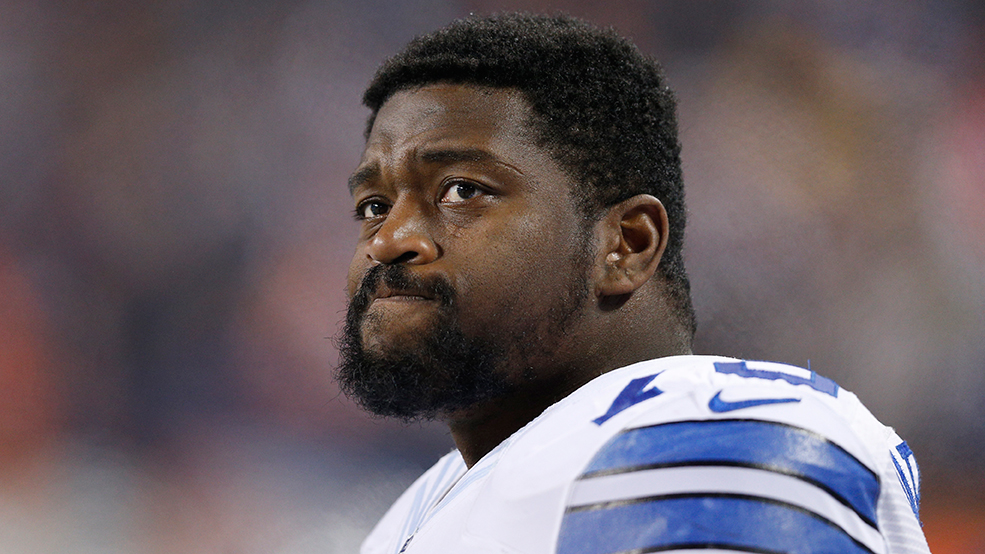 That’s true for almost every free-agent decision that comes down to money — the team that pays the most inherently values a player more than anyone else — but the numbers in Jacksonville kick it up a notch. The Jaguars gave Odrick a five-year, $42.5 million deal with $22 million guaranteed. Parnell, who has started just a handful of games, got five years and $32 million with $13 million in guarantees. Even Thomas got more than expected, with $21 million guaranteed in his five-year, $46 million deal.

Each of those deals is worth more than the market would dictate, so the question is whether having to overpay for second-tier free agents ends up being worth it. Among those three contracts, Parnell’s is easily the most divisive. His deal is firmly in the “quality starter” range even though there are only a few games to suggest that’s what he deserves.

To understand why Caldwell would be willing to pay a premium for a player like that, there are a few factors to take into consideration. First is the state of the Jaguars’ right tackle position. For the past few seasons, that spot has been a positional wasteland. Cameron Bradfield, who (sort of) manned the spot in 2012, was back last season. He lasted two games, before his incineration at the hands of Ryan Kerrigan got him released. For the rest of the season, it was a combination of Sam Young and Austin Pasztor — a former sixth-round pick and undrafted free agent, respectively — neither of whom was going to be the answer going forward. 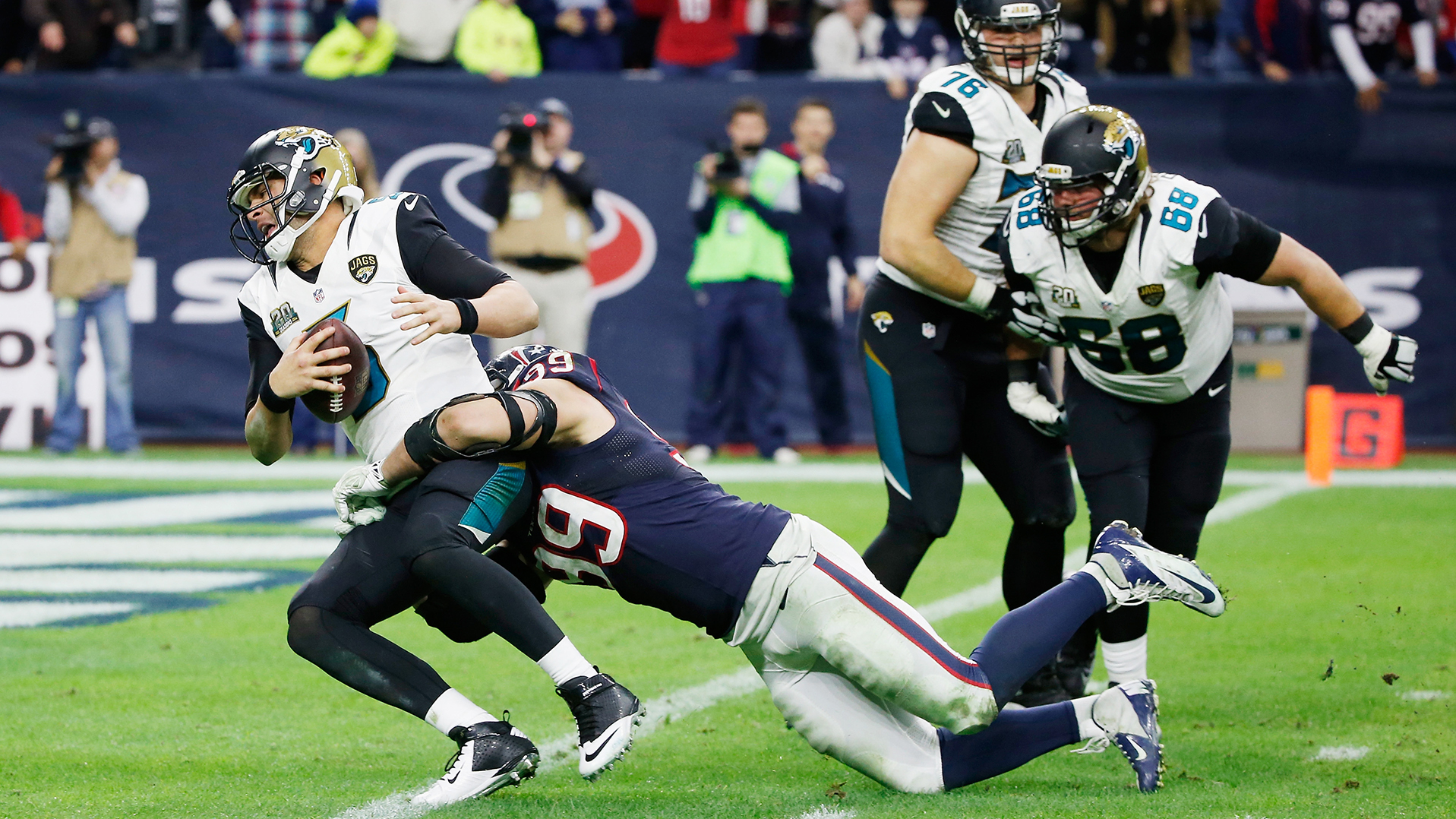 Any hope for the Jaguars being competitive in the next few seasons depends on Blake Bortles turning into a legitimate franchise quarterback, and he’s going to have a tough time pulling it off from his back. Only 16 quarterbacks in NFL history were sacked more times in a season than Bortles was last year. This wasn’t a case of a young quarterback patting the ball, either. The Jaguars ranked 27th in average time from snap to throw. Four of the five teams below them ranked in the top 12 in sack rate; the Jags were dead last.1 Since the merger, seven quarterbacks taken in the first round were sacked at least 50 times during their first season as a full-time starter: David Carr, Ken O’Brien, Tony Eason, Ryan Tannehill, Tim Couch, Jeff George, and Bortles. That is not promising.

Almost 11 percent of their dropbacks ended in a sack.

For now, left tackle is set for the Jags with no. 2 overall pick Luke Joeckel. That means the most obvious opportunity to upgrade was at right tackle. Outside of Bryan Bulaga, the market didn’t provide much in the way of proven talent, especially with Orlando Franklin being courted as a guard. That left an option like Parnell.

Caldwell told reporters that his plan revolves around bolstering Bortles. “What can we do to protect him and help him out, to give him some weapons to throw the ball to?” he said. “Everything that we’re doing right now and throughout the draft will revolve around helping Blake.” The Parnell signing is one instance of that; the Thomas signing is another.

Considering his health history and the all-important Manning factor, there are reasons to be dubious of Thomas replicating what he was in Denver. The $21 million guaranteed he got this week is the most for any tight end in the league. By now, everyone knows that the guaranteed figure is the relevant one in these deals, but how those guarantees are structured still matters. Last year, the Jaguars gave out a few contracts that seemed a bit rich, but once you looked at the deal, there wasn’t much risk involved. Guard Zane Beadles got nearly $12.5 million guaranteed, all of which he’d get in his first two seasons. The entirety of Toby Gerhart’s $4.5 million in guaranteed money came in his first year. The same goes for Chris Clemons and Red Bryant. Every deal the Jaguars signed is one they could get away from in two seasons or fewer. 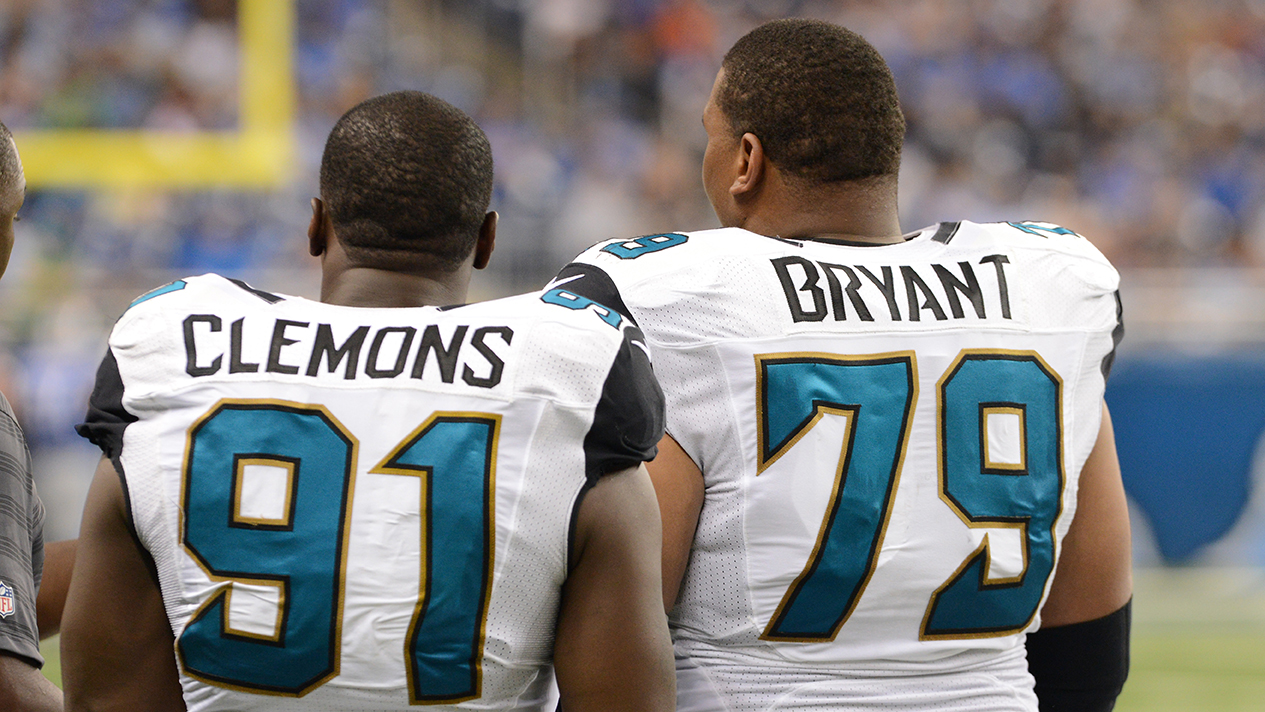 The Thomas deal doesn’t quite fall under that category, but it’s not that far off. He gets $17.4 million in guarantees before the end of the 2016 season. If the Jags do decide to cut him after two years, for whatever reason, he’ll count for just $3.6 million in dead money.

The structure of Odrick’s contract — and the deals for Davon House and Dan Skuta, the players Caldwell settled on when his big fish got away — hasn’t been released yet, but you can probably assume that the guarantees are also front-loaded. The deals handed to House and Skuta, both situational backups now being paid like starters, are a little harder to defend, but if they are structured in a similar way, it’s hard to see how the Jaguars are losing out by overpaying a couple of capable starters.

There are two main downsides to overpaying in free agency. The first is spending so much on marginal players that when a homegrown star is up for an extension, a team loses out. (I’m looking at you, Lions.) Unfortunately, the Jaguars don’t have that problem. The first-round pick who would have been looking for an extension this offseason was Blaine Gabbert. The one who’d come up next year is Justin Blackmon. If Jonathan Cyprien or Dwayne Gratz turns into a superstar in the next two seasons, the Jaguars have about $100 million in cap room available for the 2017 season, with the chance to get out of every non-Bortles, non-Thomas contract for next to nothing.

None of the deals the Jaguars signed this week — and, really, no long-term deals ever signed in free agency — is the foundation of a championship team, but it’s the start of a franchise trying to scrape its way back to adequacy. That may not seem like a worthwhile goal, but in more than one way, it is. Any Super Bowl–caliber team is built on drafting, and by trying to piece together a competent offense around a quarterback taken in the top five, the Jaguars are at least trying to make the most out of the most important draft pick they’ve made in a long time.

If Jacksonville can protect Bortles, put together a 6-10 season, and show a clear upward trajectory, players like McCourty and Cobb might do more than just answer the phone as a courtesy. Landing players of Thomas’s and Odrick’s caliber is already a step up from where the Jaguars were a year ago. Maybe the next step is looking even more attractive if guys in the Marcell Dareus and Trent Williams tier do end up on the open market. None of these recent moves make the Jaguars contenders, but none prevent them from building one, either. Right now, it’s about making the most of what they have while knowing that the next few drafts will determine the direction of it all.