With seven games left in the campaign, the English soccer season is effectively over. Chelsea are seven points clear of second-place Arsenal with a game in hand. Manchester City are seven points clear of fifth-place Liverpool. And all the English clubs have been eliminated from the Champions League. Sure, there’s still a relegation battle to be fought, but among the Premier League’s elite, all the excitement has been sucked away less than two weeks into April.

Financially, England’s top tier is doing great. Teams up and down the table have become profitable, and a massive new TV deal means the top division has a very bright future. So, with the Premier League in such apparently good shape, why has it become an afterthought as the soccer world heads into its home stretch?

We Lose Only to the Best

English teams don’t have a European problem; they have a Barcelona, Real Madrid, and Bayern Munich problem. As Miguel Delaney points out, in the last five years, 12 of the 20 semifinal spots have gone to one of those three super-clubs. Over the same period of time, Premier League teams have lost to that trio 11 times. Only Chelsea, who beat both Barcelona and Bayern Munich on their way to the unexpected 2011-12 title, have eliminated members of this big three during the past half-decade.

In that regard, this year’s performance was actually an exception to the trend. While Manchester City lost again to Barcelona, both Arsenal and Chelsea were eliminated by teams — Monaco and Paris Saint-Germain, respectively — they were expected to beat. Still, we can chalk that up to the randomness of knockout tournaments. Which brings us to the next question: Setting aside Chelsea,1 why, exactly, are Bayern, Barcelona, and Madrid so much better than the Premier League’s top teams?

If you squint really hard. 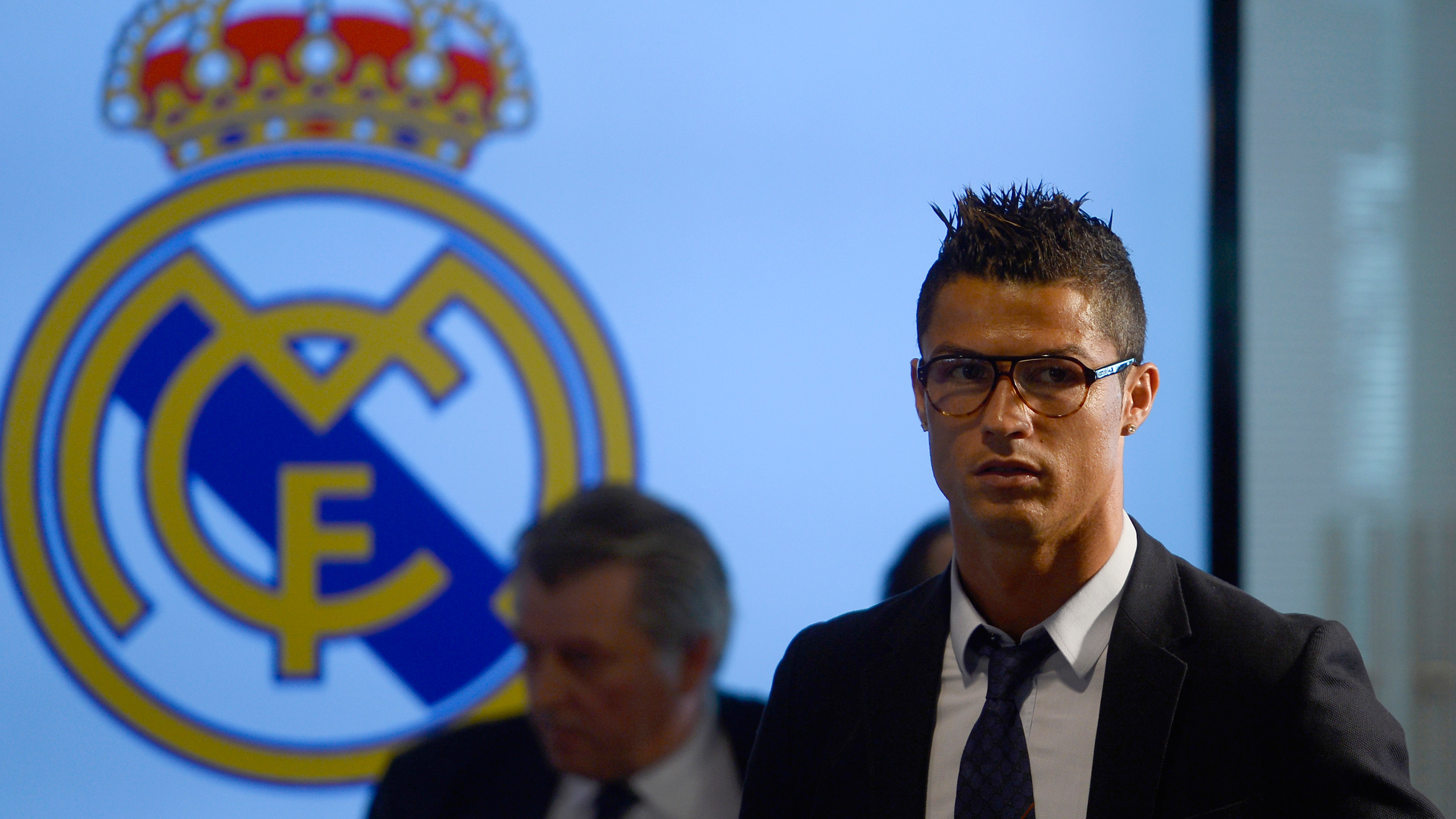 Let’s take a trip back to 10 years ago: Facebook was this exciting new thing only for college kids, and probably not at your school yet. Twitter was still something birds and women in Jane Austen novels did. And Liverpool was winning the Champions League.

The 2004-05 season started a half-decade run of utter domination for England. In addition to Liverpool, Manchester United also won, and both Arsenal and Chelsea reached the finals. For a three-year stretch from 2006-07 through 2008-09, nine of the 12 possible semifinalists were from the Premier League.

Then a funny thing happened: Three of those four teams stopped spending money. In the summer of 2009, Manchester United sold Cristiano Ronaldo to Real Madrid and bought the immortal Antonio Valencia from Wigan. Of the reinforcements that followed the next year — Bebe, Chris Smalling, and Javier Hernandez — none cost more than £8 million. When the lean couple of years ended, it was with the big-ticket acquisitions of Phil Jones, Ashley Young, and David De Gea (who, to be fair, is awesome). For Liverpool, Xabi Alonso, Fernando Torres, and Javier Mascherano went out the door, and while those funds paved the way for Luis Suárez and Jordan Henderson, who have both been instrumental to Liverpool’s recovery, they also led to the arrivals of Stuart Downing, Andy Carroll, and Alberto Aquilani, all since departed. The same was true of Arsenal: It started with the losses of Emmanuel Adebayor and Kolo Touré in the summer of 2009 and quickly progressed to Cesc Fàbregas, Samir Nasri, and Gäel Clichy in 2011 and Robin van Persie in 2012.

In essence, the summers of 2009 and 2010 marked the beginning of a rebuilding process for three of the four major English powers. Meanwhile, Madrid and Barcelona were simply reloading, often doing so by acquiring the players that England’s best were selling off. And not only were Liverpool, United, and Arsenal selling players to the two Spanish giants, they were also failing to compete with them for all the young international superstars on the market. This is the same period when players like Karim Benzema, Ángel Di María, Mesut Özil, and Alexis Sánchez were moving from smaller clubs to the Spanish powerhouses.

You’ll notice that this shift of power doesn’t involve Bayern Munich, who were quietly coming out of their own rebuilding period. During that time, Thomas Müller and David Alaba broke through into the first team to join stars who were already there like Bastian Schweinsteiger and Franck Ribéry. They also added Mario Gomez and Arjen Robben as the final pieces in their return to power, but it was not really until Pep Guardiola took over the squad in 2013 that the German giants began to battle with the other top teams in the same elite player pool. 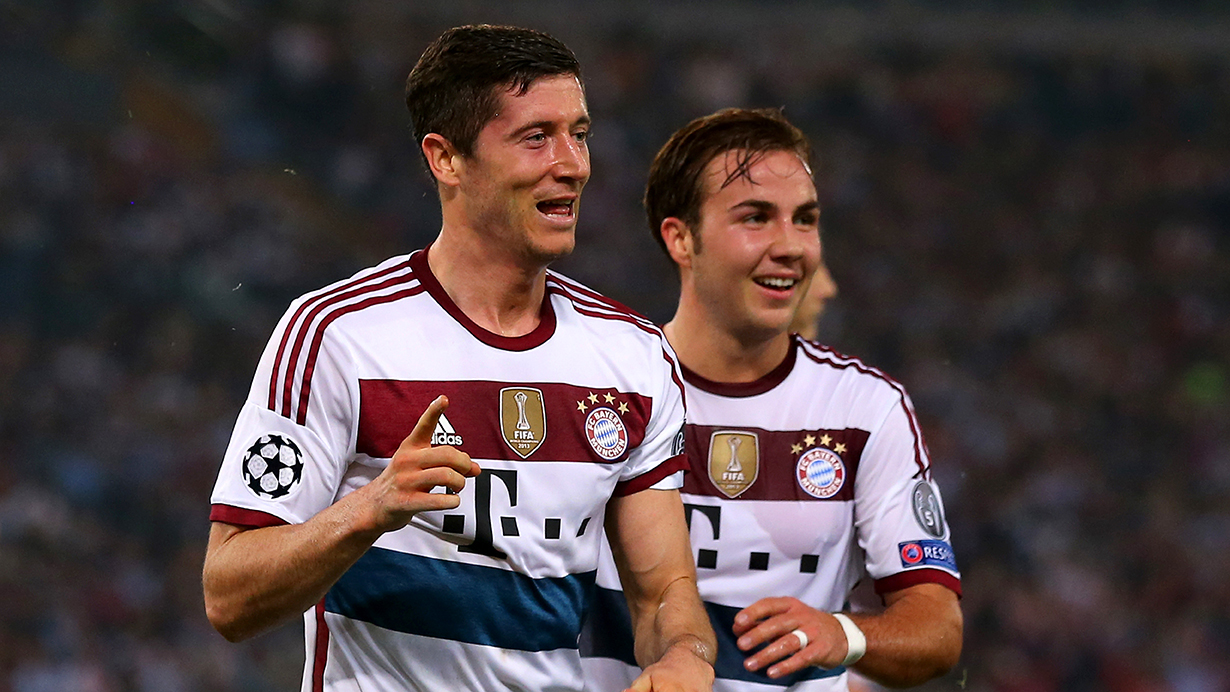 In general, good players on OK teams get bought by competitors further up the ladder. Sometimes it’s the player wanting to move, sometimes it’s the team needing to sell, and often it’s a combination of the two.

Now that Bayern Munich is on top, they have cemented that place by acquiring two of Borussia Dortmund’s stars over the last two seasons in Robert Lewandowski2 and Mario Götze. Dortmund, in turn, has done the same thing to teams further down the totem pole. Most notably, they bought Marco Reus from Borussia Mönchengladbach to replace Götze. As coach Jurgen Klopp said at the time:

Technically Lewandowski moved for free at the end of his contract, but that was because he made it clear to Dortmund he would go nowhere else, and Dortmund opted to just wait him out.

We are incredibly disappointed but we cannot ignore the fact that this was done according to his contract. We don’t like [Bayern paying Götze’s buy-out clause] but we did the same this season with Marco Reus and Borussia Mönchengladbach weren’t happy either.

The same is true at Barcelona and Real Madrid. Barcelona’s lineup is full of the Jordi Albas and Ivan Rakitics of the world — players from the likes of Valencia and Sevilla who excelled at “lesser” clubs and earned their call-up to the big stage. Even superstar David Villa went through that process, dominating at Valencia before becoming a part of the Barcelona machine. The same goes for Real Madrid, which bought Malaga’s Isco and Real Sociedad’s Asier Illarramendi in 2013 to be really expensive backups.

This hierarchy in England got hit by a Manchester City–shaped asteroid at just the wrong time. Right around when the three English powers entered rebuilding mode, City was purchased by owners with infinite amounts of money to spend. So while Arsenal and Liverpool were selling, Chelsea and Manchester City were the ones buying. With Chelsea, it made perfect sense — and even though the Fernando Torres mega-transfer famously didn’t work, the mechanism of good team selling great player to great team is one that is perfectly normal.

However, City were not a great team yet, but in trying to become one they started buying Arsenal’s players. Some pieces like Samir Nasri and Gäel Clichy have more or less worked for the club, but others like Adebayor and Touré did not. Instead of refueling its richer rivals, Arsenal’s players went to a team that, at the time, they were more or less direct competitors with.

Today, the best teams in the world combine two methods of player procurement: They have a steady stream of talent that flows up from the rest of their domestic league, and they buttress that with big-ticket superstars from around the world. When Manchester United, Liverpool, and Arsenal all stopped spending at around the same time, the balance in England shifted. Manchester City, the team spending all the money, was doing so not to reinforce its already strong team but to create one. Along with the lack of spending on superstars across the country, the result was a number of very good Premier League teams, but no great ones.

Will an English Team Ever Join the Big Three?

Everything is cyclical and eventually the hegemony of the big three will degrade. Right now, it’s clear that Arsenal and United are both spending again, but in the intervening years, two important things have changed. The first is financial fair play. The rules are long and involved, but the end result is basically that teams can’t consistently spend more than they bring in. The second is that the Premier League, with all its millions, is much more financially stable than it used to be. To see the effects those two factors are having, look no further than the last two summer transfer windows.

Two years ago, Gareth Bale broke the world transfer record when he moved from Tottenham Hotspur to Real Madrid. Spurs apparently turned down an even bigger offer from Manchester United in order to ship him abroad, where he wouldn’t improve a competitor. In the same summer, Arsenal tried to bid for Liverpool’s Suárez, and Liverpool effectively laughed in their faces. Obviously, the two superstars now ply their trades at Real Madrid and Barcelona, respectively, but would that have been the case five or 10 years ago? Or would both Suárez and Bale have simply moved up the Premier League hierarchy?3 Ironically, both of those transfers ultimately helped Arsenal get better, since both transfers led Barcelona and Real Madrid to sell Sánchez and Özil to the Gunners. That’s good for Arsenal in comparison to their Premier League opponents, but not good for the strength of the Premier League as it compares to La Liga.

That’s assuming that Liverpool-to-Arsenal is an upward move, which it probably is, but the idea is at least slightly debatable.

Manchester United now seem happy to throw around lots of money, but they’re still unable to convince the tip-top tier of players to come. Instead, they’re left with buying players the giants no longer want (Di María), getting fleeced by teams looking to offload expensive mistakes like Radamel Falcao, or overpaying for good-but-not-great players like Juan Mata and Marouane Fellaini. United have so much money to throw at the problem that it almost has to get solved eventually, but as evidenced by last season’s fall to seventh, there’s still a good amount of work to do.

Then there’s Liverpool, which dropped even further than United over the past five years. Thanks in large part to Suárez, they’ve climbed back to competing for the Champions League, but who knows if they’ll be able to find or willing to buy the superstar to replace Suárez. And while Raheem Sterling may be that guy, the fact that the two sides are embroiled in heated contract negotiations just speaks to Liverpool’s cost consciousness.

Manchester City have and are willing to spend money, but they’re especially restricted by FFP. Manager Manuel Pellegrini feels that his team lacks a superstar to pair with Sergio Agüero, but it’s unclear if City will be able to pay the eye-watering sums those superstars cost while not running afoul of FFP.

It isn’t an accident that the team in England most likely to compete with the superpowers is the one that has spent consistently over the last decade. That’s not to say that the rest of the league’s top clubs won’t occasionally be able to make a run in a knockout tournament like the Champions League. But in order to re-create the same level of excellence we saw a decade ago — or the one we’re currently seeing with Bayern, Madrid, and Barcelona — United, Arsenal, City, and Liverpool still have a ton of work to do.