netw3rk: Stanley Kubrick’s 2001: A Space Odyssey ends with astronaut Dave Bowman flying into the monolith, where he experiences the concept of infinity as a blur of shapes and colors before aging into an elderly man, dying, and being reborn as a cosmic baby. 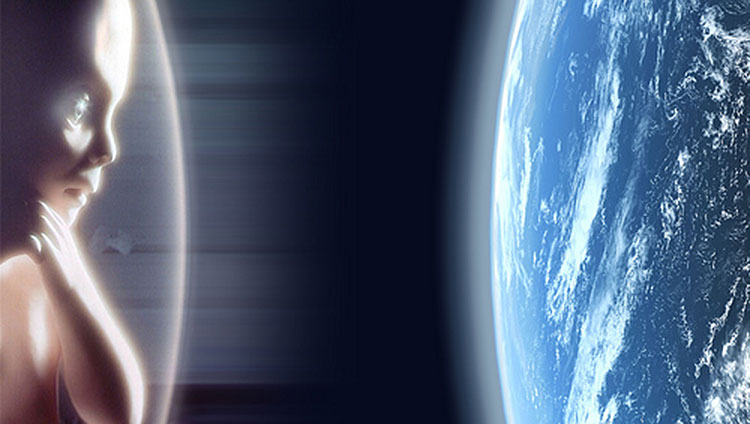 What does that have to do with Game 3 of the NBA Finals? The Spurs didn’t miss a shot for more than 10 minutes. Ten NBA basketball minutes, meaning, like, a half hour of actual real-life time. This was less the work of human beings playing a basketball game, and more like an extended one-sided monologue on what the Platonic ideal of basketball execution might look like.

If you go 500 years into the future and the people there still care about basketball, they will be rewatching the first half of this game.

The Spurs didn’t miss a shot for more than 10 minutes. Ten NBA basketball minutes. The Spurs didn’t miss a shot for the length of a television sitcom. They scored 41 points in the first quarter on 15 attempts; that was four fewer attempts than the Heat, who trailed by 16 despite shooting 53 percent. The previous sentence is basically an algebra problem for anyone who didn’t see the game. At one point the Spurs were shooting 90 percent from the field and 80-something percent from the free throw line.

And it’s not even like you can break down the Spurs’ first-half groove into specific plays. It was just a constant flow of screens, passes, cutting, and drives, resulting in shots of all varieties falling through the hoop for an entire half of an NBA Finals game. It was timeless.

Kawhi Leonard Is Ready for His Close-up

Kirk Goldsberry: Kawhi Leonard is not used to a lot of media attention; you know that, right?

Well, if he’s going to keep playing like he did in Game 3, he’d better get used to it. Simply put, he was the best player on the floor last night. Yes, I know that floor was shared by dudes who have combined to win seven NBA Finals MVP awards, but Leonard was far and away the key to victory on both offense and defense. 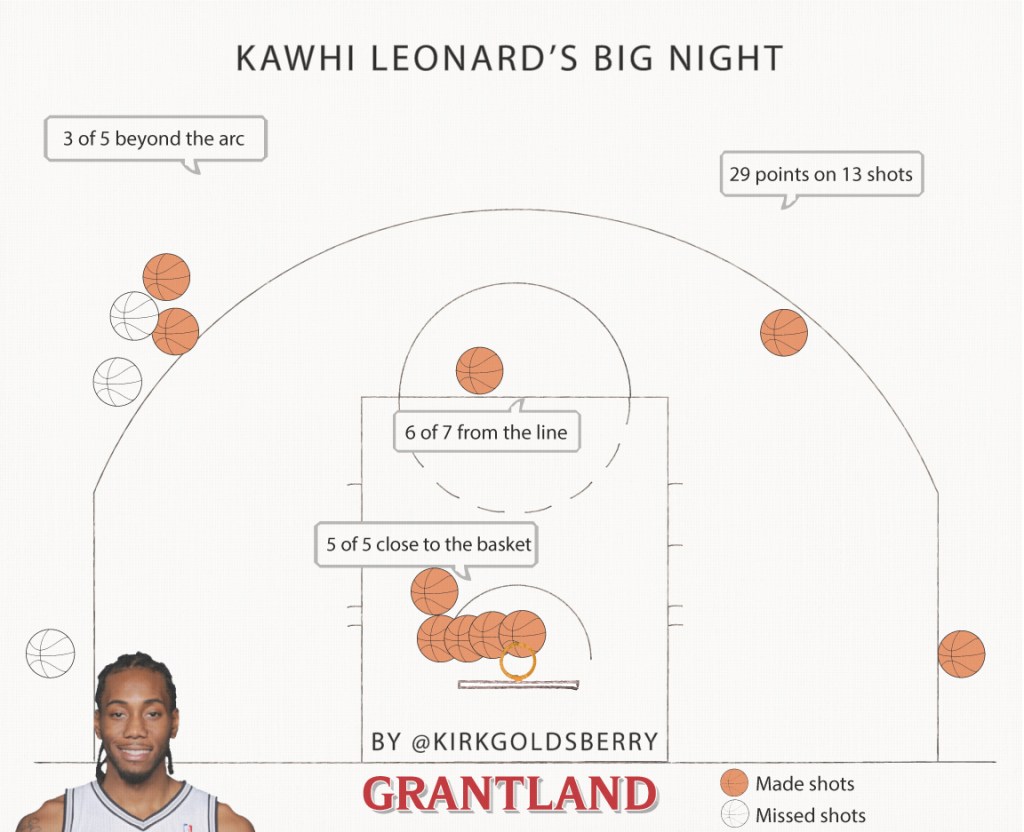 On defense, he may have been even more impressive; he stayed out of foul trouble — perhaps the key thing to watch going forward in this series — and contained LeBron James, who committed seven turnovers and scored only eight points during the game’s final three quarters. For Leonard, it was a career night. For Spurs fans, it was hopefully a glimpse into the future of their franchise.

Chris Ryan: A couple of weeks ago, netw3rk compared the Spurs’ offense to the tiki-taka attack of Barcelona’s soccer team. He was right. 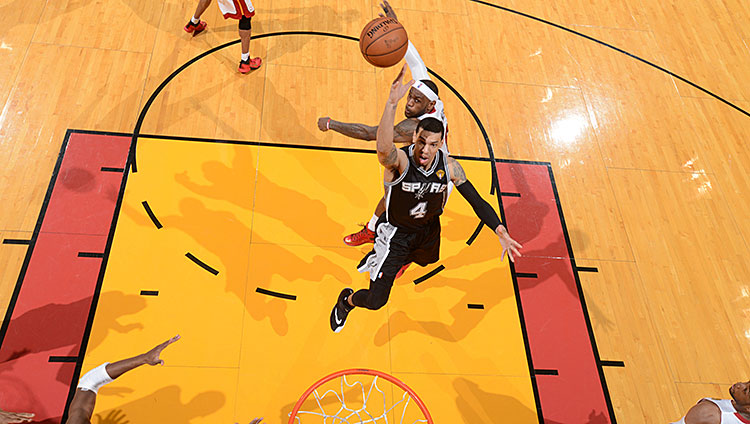 Danny Chau: The floater is a beautiful basketball maneuver, maybe my favorite in the game. For a puny kid on the playground who can’t run, jump, or shoot, it’s equal parts saving grace and last resort. In the hands of a more capable master, it’s the dagger hidden in plain sight. Its beauty is manifold. Like a meringue, it’s light to the touch and heavily reliant on air for its shape and form. It draws its power from the familiar rhythms of the game and the player’s initial momentum, but its effectiveness lies in how it abruptly halts said rhythm and seizes said momentum.

The shot itself is an inversion of everything leading up to the moment of release. At the very least, it is unexpected. At its best, it’s unstoppable. But for me, the most important aspect of the floater is how it is a tacit admission of one’s limitations. There’s a reason it’s occasionally referred to as a “giant killer.” The floater is a weapon of the weak.

We think of the floater, we think of Tony Parker. The teardrop. But last night it was another Spur who took the art form and ran with it, surprising everyone — maybe, probably, especially himself. Danny Green, like most of the Spurs last night, turned into a Hindu rain god and stomped all over it on his elephant mount. Green did exactly what the Heat wanted him to do. This is a player who averaged seven 3-point attempts during last year’s Finals. In this game, he took two. The Heat wanted him to take them off the dribble. So he did. On more than a couple of possessions, Green got his defender to bite on his pump fake from the 3-point line before launching a soft runner after a dribble or two.

The Spurs generally do not want Green operating off the dribble. The runner was a compromise, an acknowledgment of his weaknesses as a player. For a night, Green turned his weakness into one of the Spurs’ biggest strengths, and it’ll be pretty ironic to see Green’s newfound confidence in his dribble-drive game backfire in future games. His Indra swag, like the Spurs’ historic performance as a whole, will regress. It has to, right?

Once Upon a Spurs Possession 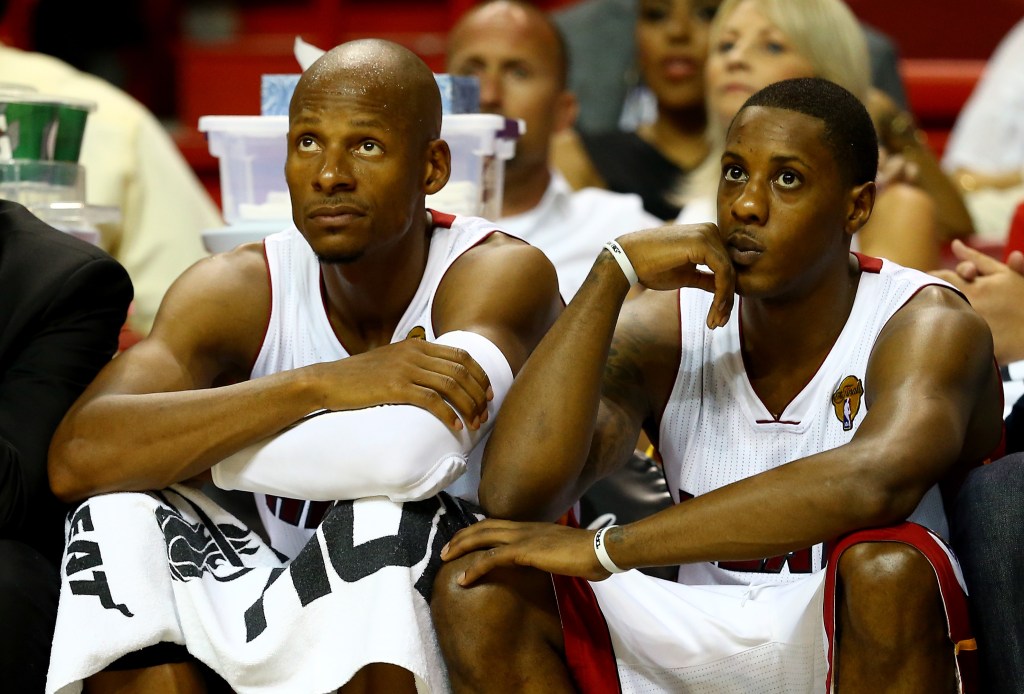 Andrew Sharp: So the Spurs came out and went nuts. We know this. The Kawhi Leonard Robot had been invisible through two games, but then broke out for 29 points, shredding the Heat at both ends. The story should be about them, because there’s not much the Heat could’ve done after that 41-point first quarter set the tone for everything else. Criticizing Miami sort of misses the point.

The Ringo to LeBron’s Lennon. The Booger to his Jesus Shuttlesworth. The Casey Affleck to his Will Hunting. The Zazu to his Mufasa. 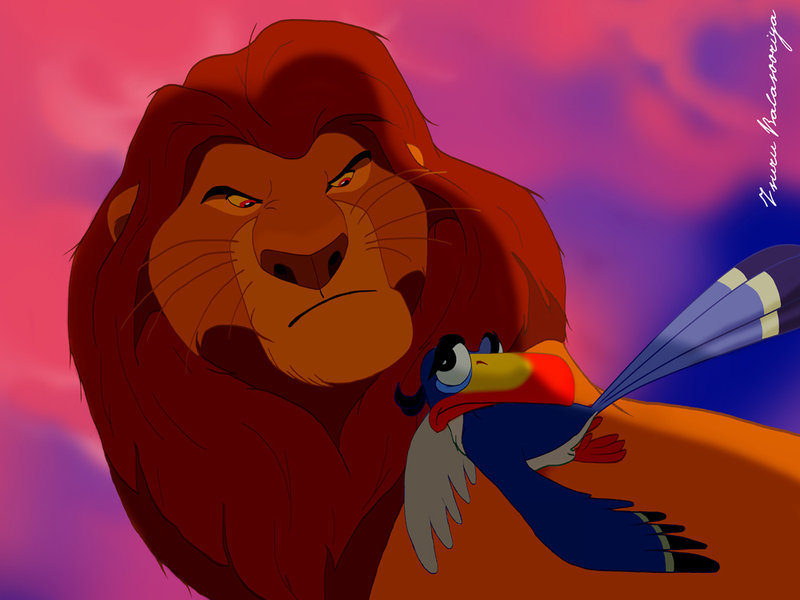 Chalmers has been awful. So bad that he shouldn’t be on the court. It’s been like this all series. Last night he finished 0-for-5 from the field, 0-for-3 from 3, with four fouls and three turnovers. That doesn’t even do it justice. When he’s on the court, mistakes just find him. He kills momentum, he can’t guard Tony Parker, and his offense scares absolutely none of the Spurs.

One of the reasons the Heat looked so good at the end of Game 2 was Erik Spoelstra benching Chalmers and going with a Dwyane Wade–LeBron James–Ray Allen backcourt. One of the reasons the comeback was short-lived in Game 3 was Gregg Popovich playing two point guards in the fourth quarter, forcing Spoelstra to play either Chalmers or Norris Cole. If the Heat are going to win this in the long run, they need something more than an absolute zero from Chalmers. Or at least something better than all the negatives he’s bringing now. Maybe more flagrant fouls on Parker? Right now anything would be an improvement.

But there are two parts to this story. That was Part 1.

Part 2? I believe in Mario. I can’t believe I’m saying this, but it’s true. If there’s one thing he’s never lacked, it’s irrational confidence. And he can’t possibly keep playing this horribly. Right? Chalmers is the blind squirrel, and he’s due to find a nut somewhere here.

So go ahead, keep telling your jokes. Laugh at the stats. Scream at the television. Write a bunch of long blog posts begging Spo to bench Chalmers forever. Nobody’s wrong here. But the thing about Mario Chalmers is, we are never done with Mario Chalmers. Just when you think he’s definitely the worst player on either team and an active liability to the Heat every time he steps on the floor, he’ll go off and come up big enough for LeBron to tolerate him a little longer. It’s the Law of Chalmers.

It might be in Game 4, it might be in Game 6, Game 7, who knows. But he’s been an absolute disaster for the first three games, and you know what that means? That means Chalmers has got the whole world right where he wants ’em.

Shea Serrano: Gregg Popovich is a human with a cell phone so I sent him some text messages during Game 3 of the NBA Finals.

Me: hey, pop. Good luck tonight.
Pop: thank you
Me: one quick question
Pop: there it is
Me: You know the part in Harry Potter when the tree comes alive?
Pop: no
Me: oh
Me: OK
Me: well there’s this part in Harry Potter when a tree comes alive
Pop: thank you
Me: it reminds me of tiago splitter (the tree, I mean). It very much looks and moves like how tiago looks and moves. Do you know if he’s the tree from the movie? Like, is that his summer job?
[No response.]
Me: sooooo
[No response.]
Me: yea or nay?
[No response.]
Me: all right, cool. Ttyl

Me: hey, what kind of phone do you have?
Pop: phone?
Me: yeah. Cell phone
Pop: Motorola Razr
Me: gtfoh
Me: those phones are like 30 years old
Me: why don’t you have a better phone?
Me: I have an iPhone 5.
Me: why is my phone better than gregg popovich’s?
Pop: what does your phone do that mine doesn’t do?
Me: basically everything. It goes on the Internet, it has Flappy Bird
Pop: Can you call people?
Me: yes
Pop: Can you call the bank?
Me: yes
Pop: when you call the bank do they tell you that you’re a millionaire, because that’s what happens when I call the bank on my phone.
Me: :/
Pop: my phone is better
Pop: but at least you have a Flappy Bird
Me: bye pop