As you already know, Barcelona are the Champions League champions. But before we move on, please allow us one moment to gloat: It ended, just like we predicted, 3-1.1

While championship games will occasionally devolve into conservative standoffs between two teams waiting for the other one to make the first move, Saturday’s game was open from the initial whistle. And although we cautioned against this kind of after-the-fact characterization in the preview, the final was so compelling because both sides stuck to the approaches that made their seasons so special in the first place. As they’ve done all year, Juventus controlled the pace of the game, hopefully silencing any doubters of their ability to hang with the world’s best. However, after years of dedication to possession-over-all principles, the new Barcelona added a “score against the run of play” gear we hadn’t seen in seasons past — and it won them the game, as the second and third goals came amid sustained Juve pressure.

With the game and the season now over, it’s time to look toward the future. Despite their hard-to-argue-with status as the two best teams in Europe, success next season shouldn’t be considered a certainty.

But first, let’s get this out of the way …

Guess What. They’re Both Dynasties. 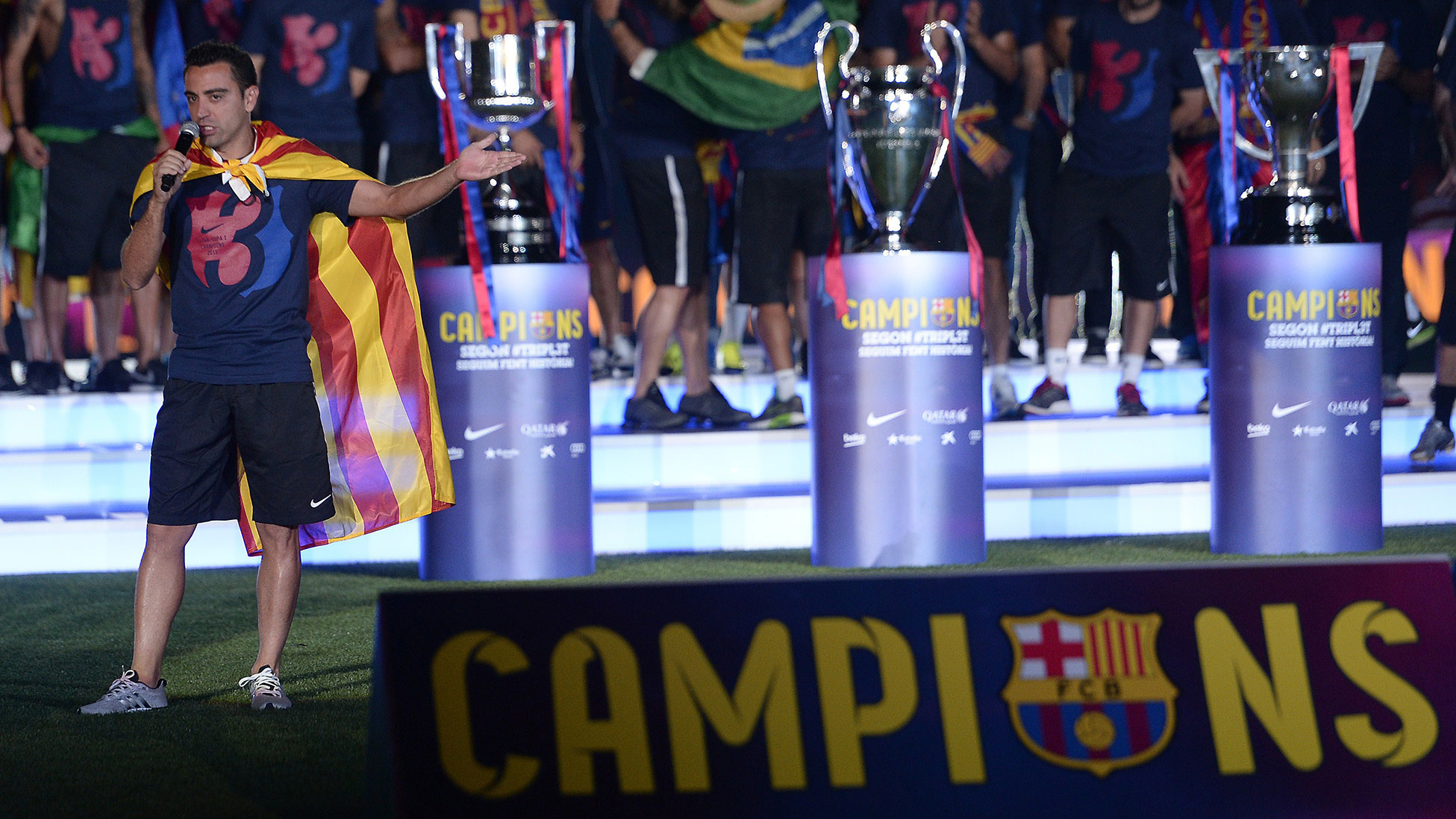 Ah, yes, the old dynasty question: Congrats on winning, great job — but how likely is it that you’ll win a lot more?

It’s hard enough defining “dynasty” in sports that have only one trophy, but with the bevy of hardware-awarding competitions in the soccer world, we’re not even going to try. And we don’t need to — because both Juventus and Barcelona are dynasties. This was Barcelona’s fourth Champions League title since 2005-06. Guess how many other teams have two titles since then. Zero. They’ve also won six La Liga championships and three Copa del Reys during that stretch. Poor little Juventus have won Serie A “only” four years on the bounce, in addition to the 2015 Coppa Italia. As sad as it might be for Real Madrid or AC Milan fans to hear, these are the two premier clubs in Spain and Italy.

If we want to get more specific — and why the hell not? The season’s over, so what else are we gonna do? — we can wonder, “What makes a Champions League dynasty?” Nobody has successfully defended their title in the biggest competition in Europe since AC Milan did it in the 1989-90 season. The nature of soccer’s knockout tournaments — there are plenty of teams that can beat anyone over just two legs — makes dominating the European scene next to impossible. Still, Barcelona are as close as anybody’s come.

The more realistic question isn’t whether one of these teams will win next year; rather, it’s, “Will Barcelona continue to reach the latter stages of the competition? And will Juventus start to do the same?”

The Future at Barcelona

Yes, it seems absurd to look at this Barcelona team, which dominated so thoroughly for so much of this season, and see storm clouds on the horizon, but here we are. For starters, Luis Enrique hasn’t even committed to coming back next season. That’s right: The man who walked into Barcelona, revived a stagnating team, and harmonized possession with a world-devouring counterattack might walk.

Barcelona isn’t the easiest place to navigate behind the scenes, and this season was especially fraught with politicking. It’s particularly notable that while Enrique has refused to commit to Barcelona, he’s made a point of thanking Andoni Zubizarreta publicly. Zubizarreta, who was Enrique’s teammate at the club, was the Barça sporting director who became a sacrificial lamb during the club’s January “crisis.” On top of that, Barcelona are holding elections this summer with former president Joan Laporta challenging the incumbent, Josep Maria Bartomeu, who fired Zubizarreta.

Meanwhile, the squad is also set to change. Xavi is leaving for Qatar-ier pastures. And while he may have been marginalized on the field by the end of the season, his influence on the team, even in decline, was still readily apparent, especially when it needed to revert back to possession mode. Right back Dani Alves is also likely out the door. Ever-present since his arrival in 2008, Alves’s contract is up, and the team seems unlikely to offer him a deal he’ll deem worth taking. They’ve already gone out and bought a ready-made replacement in Sevilla’s Aleix Vidal, but he can’t actually suit up until January because Barcelona have a transfer ban in place until then. See? There’s just a lot going on at this club.

During most of Barcelona’s reign as the world’s most dominant team over the past decade, there was notable stability at the top, especially once Pep Guardiola took over. And sure, there was plenty of turnover on the field, as Guardiola tinkered with strikers, or eased Sergio Busquets and Gerard Pique into prominent roles, but despite the tinkering, Guardiola was always in control and his core always intact. There are simply no guarantees that will be the case this summer. It’s possible that a month from now everything will be resolved, Enrique will be onboard, and Barcelona will be running it all back mostly unchanged, with the club entering the next chapter of a long, long story of European domination. Still, it’s also possible that this season suddenly becomes Barcelona’s last stand, the final victory before ultimate turmoil. If Enrique leaves, and Xavi’s leadership can’t be replicated, and Alves turns out to be tougher to replace than realized, three years from now we could be marveling at how Barcelona managed to put together such a magical year while the club had already begun to lose its way.

The Future at Juventus 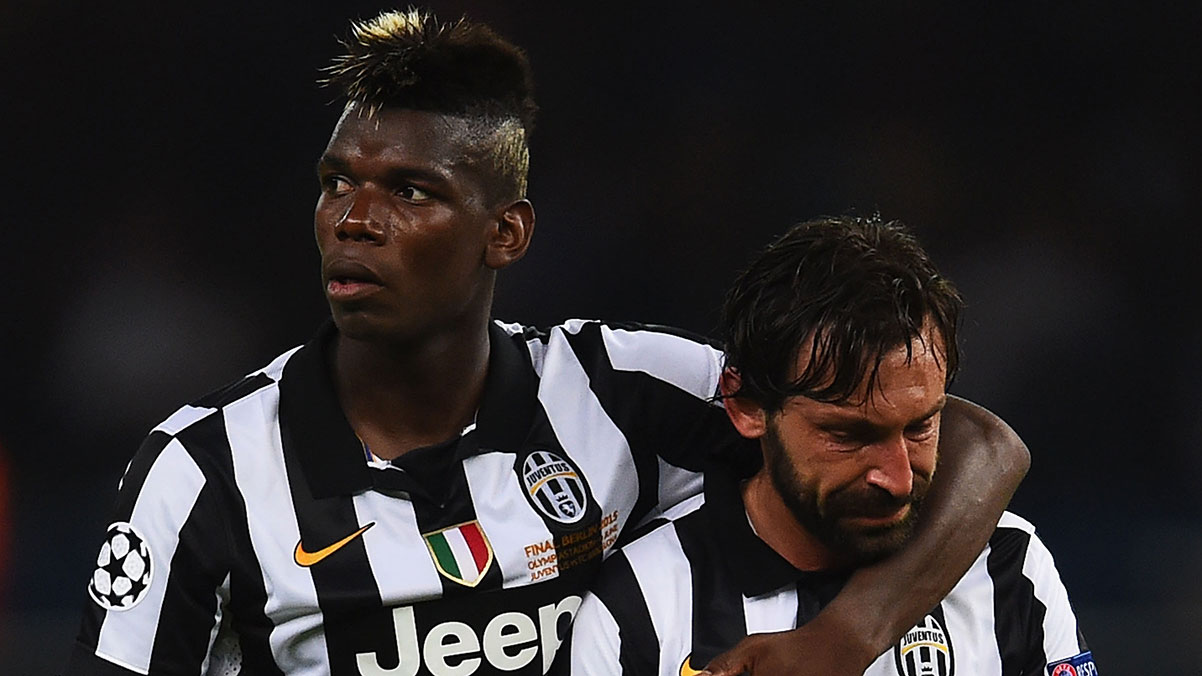 For the losers, the questions are even bigger — if only because their starting point is comparatively lower. This was Juve’s first deep push into the Champions League during their four-year run of Italian dominance, so we’re still yet to see if they can replicate their continental success. And whether or not they can make a similar run next year, that team will almost certainly look dramatically different from this year’s side. When you build cheaply and intelligently, it’s a never-ending process of reimagination.

We already know some of the new arrivals: They’ve added young attacker Paulo Dybala for a hefty €32 million from Palermo, and World Cup–winning midfielder Sami Khedira is set to join on a much more Juventus-like free transfer. But the departures are more difficult to figure out: Andrea Pirlo is 36, and while his hair and his taste for the finest Chianti might live on forever, his legs won’t. He’s flirted with MLS, and while Juventus director general Giuseppe Marotta claims he wants to keep the legend, even if he does stay, Pirlo is more likely to take on a Xavi-like bench role than to remain in the starting 11 for long. At 31 years old and with only one year remaining on his deal, Carlos Tevez, who’s on record about his desire to one day return to Argentina, faces a similar situation. Again, Juventus say they’ll make him play out his contract, but if the right offer comes along — with Dybala waiting right behind him — can they really refuse?

And those are just the players that Juventus have good reason to sell, not the ones that Europe’s biggest clubs will try to pry away with truckloads of cash. Paul Pogba remains the summer’s biggest potential catch around the world, and with PSG, Barcelona (somehow or other despite the transfer ban), and Manchester City already circling, Juventus will be in for a tough fight to keep the superstar midfielder. The same is also true (to a lesser degree) of Arturo Vidal, who seemingly flirts with a big-money move every offseason before inevitably staying put. And while Álvaro Morata isn’t going anywhere this summer, Madrid can buy him back in each of the next two offseasons if he agrees to it.2

One assumes that if Madrid wanted to buy him, they’d offer him a hefty raise.

With all the uncertainty, the team seems bound to change either this year or next. The question then becomes: Can the continual low-risk, high-reward acquisitions re-create the perfect alchemy found this season with a roster of new faces? Maybe they can and this season will be another step forward for a team that has slowly gathered assets, moved on from mistakes, and just kept stepping in the right direction. Or maybe this was a once-in-a-blue-moon high-water mark for a team that needs to get everything absolutely perfect just to get there, and the next three or four years will see it drift back toward relative European mediocrity despite continued Serie A domination.

If it’s the latter, we have to ask: Are an endless parade of Italian titles and the occasional deep run into Europe really all that bad? More interesting is the possibility of Serie A’s recovery accelerating. If the rest of Juventus’s domestic competitors begin to up their game, will that drive Juventus to improve, or will it make the task of getting back to the Champions League finals that much harder?

But Back to That Game

More than most years, this Champions League final might have crystallized a specific moment for both teams. The two sides — each with first-year managers, icons nearing the end of their careers, and uniquely constructed rosters — could look radically different in just a few months. With Juve, that’s by design; with Barça, it’s due to politics. Yet it’s just as likely that each club will look relatively unchanged and sit in a similarly successful position just a year from now. Saturday’s game was a glorious example of what these teams were this year; it just may have very little to do with what they’ll become.