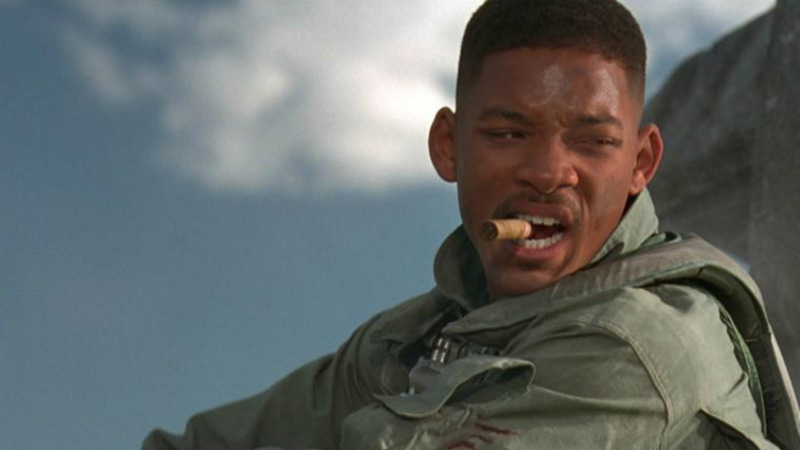 Have we ever talked for as many years about a movie we didn’t really ask for as we have with Roland Emmerich’s ID4ever? The latest development, courtesy of a source at Deadline, is that Will Smith is almost definitely not joining the dubious sequel. “I was told not to set this in stone, because Smith has been back and forth before on whether to make the movie, though I hear he is pretty much decided,” Mike Fleming reports. 20th Century Fox is still looking to get the film into theaters for July 4, 2016, the 20th anniversary of the original.

Emmerich and Independence Day screenwriter Dean Devlin wrote the ID4ever script before passing it to James Vanderbilt (White House Down, The Amazing Spider-Man) for a rewrite. As reported back in the fall, there are two versions of the story, one with Smith and one without him. Now, should Smith really say, “Thanks for making me a legitimate movie star, Rolly, but no thanks because this sequel doesn’t inspire me in any way,” we get it. We’ve been here before, and we came up with a functional list of replacements just in case. But why not pause for a quick two-and-a-half-years-later rap sesh and come up with some more modern replacements? Instead of Smith, let’s consider …

Michael B. Jordan: The Fruitvale Station star and alum of Friday Night Lights and The Wire is already rumored for a new Fantastic Four, and last week he joined the starry heist movie Triple Nine. With That Awkward Moment’s dismal performance in the comedy realm, why not chill on the action-franchise train for a minute?

Dwayne Johnson: The man’s a professional franchise takeover-er, having swooped in to bolster the Fast series, G.I. Joe, The Mummy, and Journey to the Center of the Earth. Let him bust up an alien invasion.

Michelle Rodriguez: Speaking of the Fast saga — is anyone going to argue that M-Rod would be any less badass and deft with the quips than mid-’90s Will Smith? I’d pay $14.50 for a 10-second movie of Rodriguez punching an alien and saying, “Welcome to Earth.”

Jamie Foxx and Channing Tatum: It’s a White House Down reunion, with one caveat: zero nods to White House Down. Unless Emmerich wants to detonate POTUS HQ one more time, in which case we’re not really in a position to say no. He’s addicted, and we have to show him our love and support even when it’s hard.

Chris Evans: I don’t need to make the Independence Day / Captain America connection for you. But I’ll point out that there’s nothing on his IMDb slate after 2015’s The Avengers: Age of Ultron. As a wise man once said: Make it happen, Captain.