That failure, of course, is part of what initially made True Detective Season 2 so intriguing. In direct contrast to Rust Cohle’s messianic alcoholism or Marty Hart’s stolid philandering, the troika of incompetent antiheroes served up by series creator Nic Pizzolatto was more than uninspiring — it was actively disappointing. And while this may sound counterintuitive, I kind of liked it. The immediate capitulation appeared to accomplish two distinct goals: One, it gave Pizzolatto some breathing room from the breathlessly hyped hashtaggery that had stalked his every creative move and, two, it suggested that True Detective, like much of the best crime fiction, would be about investigators far more likely to stumble into holes than to dig up clues. And, indeed, the opening scene of the season remains one of the most striking: Colin Farrell’s ruined Velcoro trying to prepare his son for the ferocious unfairness of the world. It didn’t work, of course: His kid lost his shoes. But how could Ray expect anything different when he, like every other marginally decent adult in and around Vinci, California, was robbed of his dignity in similarly violent fashion years before?

The other effect of making Ray, Ani, and Paul ineffective fuckups is that it more or less deputized the audience into serving as the only competent detectives around. This was a strategy that served Pizzolatto well in Season 1: The frenzy of amateur sleuthing that emerged from the Dora Lange case, like tentacles out of Cthulhu’s face, was far more engrossing than what Rust and Marty actually accomplished at season’s end. Yet Year 2 has swapped out the supernatural menace and replaced it with bureaucratic drudgery. Instead of lightning storms and rogue galaxies, there are manila folders and scale models. Vince Vaughn’s Frank Semyon is a gangster who mostly takes meetings. Where Rust kept a ledger of psychopharmacological musings, last night’s episode, “Church in Ruins,” featured a woman taking detailed notes on a kid eating pizza and watching reruns of Friends. I almost admire Pizzolatto’s dedication to this numbing triviality — it’s not a bad idea to suggest that the world’s most dangerous man is the one who has more accountants than guns. But, god, do I hate sifting through it. “I’m interested in collusions,” Katherine Davis says up in the woods to the super-team of dum-dums she’s assembled like the Avengers. And bully for her! I just remain unconvinced anyone else shares her interest.

Occasionally, of course, even false detectives strike gold. There have been enough glimpses of the divine sprinkled throughout the season’s first five episodes to keep me from tuning out completely — and they were there last night, too, provided you were paying attention. I liked the moment when Ray and Frank, after an MFA thesis of grunted back-and-forthing, stopped gripping their metal dicks under the table and picked up cups of black coffee instead. I liked the clipped banality of Ray’s (carefully observed!) bonding time with his son — and the way its artificiality subsequently informed both his highly theatrical binge and his busted-knuckle bargaining with his ex-wife. And I liked the way director Miguel Sapochnik (the man responsible for Game of Thrones’s remarkable “Hardhome” episode just one month ago) took Ani’s drug-induced flashbacks to what appeared to be a childhood sexual assault and violently spliced them into the frame, as if Freddy Krueger were lounging in the editing suite. 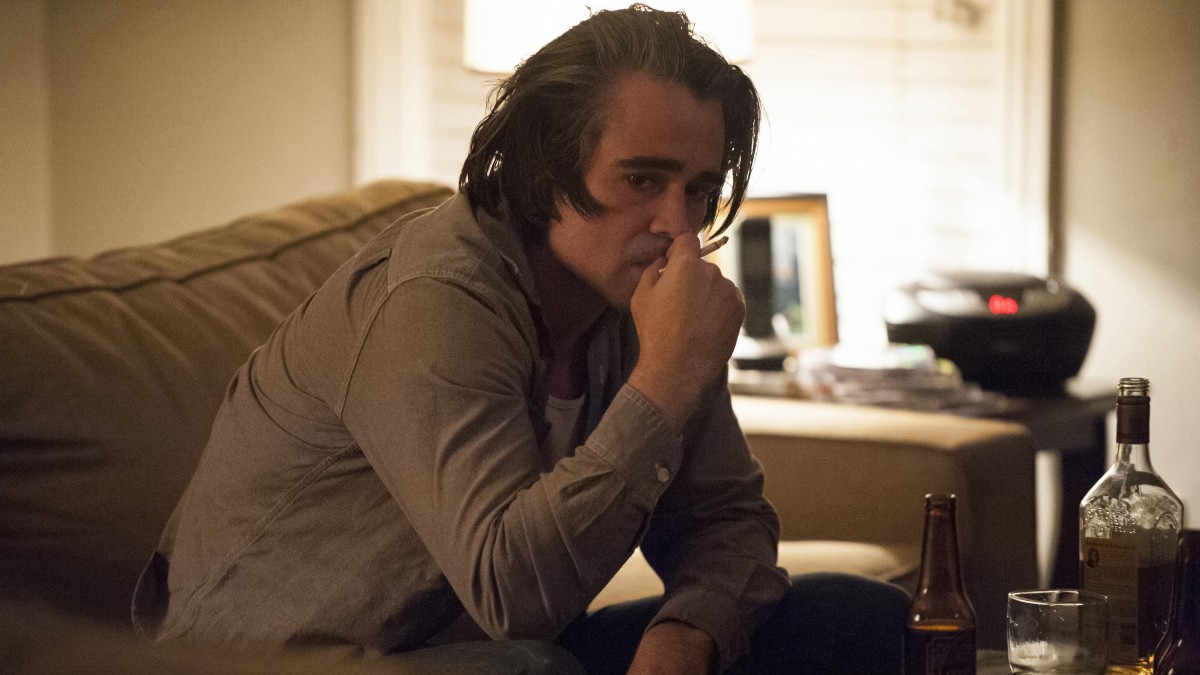 Though it’s buried beneath the mounds of paperwork and dulled by the plodding pace, there is a compelling theme sluicing its way through the season. It’s about the prison of fate and the illusion of choice and the way some people are doomed by circumstance before they’re even conceived. This is what Frank was referring to when he suggested that Ray’s crooked rage was “always there.” It’s violence and waste as a fact of life — Paul was almost a “scrape”; Frank is haunted by a stain — not an avoidable byproduct of it. When the Vinci establishment, cops included, show up at the Guerneville Orgy House (four stars on TripAdvisor — but bring your own towels!), it feels inevitable. These people aren’t haunted by their demons. They are their demons. To think otherwise requires a blindness worse than Ben Caspere’s after his acid bath.

In his landmark 1988 work The Novel and the Police, theorist D.A. Miller wrote that, in fiction, “police and offenders are conjoined in a single system.” Interdependent and, ultimately, interchangeable, cops and robbers can be essentially cordoned off into an amoral universe all their own. This is the universe that interests Pizzolatto. Like Frank on the casino floor or Paul on the battlefield, it’s where he feels most comfortable. The problem with True Detective Season 2, I’d argue, is that its creator has become too comfortable. Free to stack macho genre tropes like Jenga tiles — interrogation by nail gun; potential dismemberment by cheese grater — he’s created a choked and humorless ecosystem. I’m not going to take up more space bemoaning the absence of a singular directorial vision like Cary Fukunaga’s — that ponytail has been snipped. But with Pizzolatto firmly in control of the series, there are no competing voices in the room loud enough to suggest he lower his own.

I don’t think it’s a knock on Sapochnik to say “Church in Ruins” was visually bland. He’s a talented guy, but this is strictly hired-gun work. Unless you’re an equal partner from the start, like Fukunaga, a TV director’s primary responsibilities are maintaining a schedule and not stepping on the toes of those who came before and those still to come. The job is to explicate, not illuminate. That’s why when Athena warns her sister about the dangers awaiting her, Ani is helpfully thrusting and stabbing with Chekhov’s switchblade. Or why, when Ray resumes getting wet off bad habits, he uses a firehose. And it’s why Season 2’s California remains so frustratingly devoid of personality — it’s a smoggy daydream, a quick flyby in a helicopter. Even the much-anticipated orgy scene was shruggingly anonymous: a fuzzy mansion filled with fat-cat tycoons robotically thrusting against toned and faceless female bodies. The soaring, Hitchcockian score was meant to transport, but all it did was confuse. An entirely new aesthetic can’t be slipped on as easily as a bolo tie.

It’d be easy to forgive all of this if the story were compelling, but with only two hours remaining, Pizzolatto can’t seem to get out of his own way. How many tedious supporting characters in suits can one series support? (“There was some kind of deal going down,” Woodrugh says helpfully after burgling the OrgyHaus. This is true of every scene to date!) How could Ritchie Coster’s volcanic Mayor Chessani have been sidelined for so many weeks? And how can it be that Frank Semyon’s emotional fulcrum remains Stan, a tertiary character who was barely seen, easily forgotten, and utterly impossible to care about? Three weeks ago, Pajiba ran a helpful article called “Who the Hell Is Stan on True Detective?” — and that was before we met Stan’s widow and his weeping son, whom Frank placates with a speech about the importance of pain and the value of gold. I hear you, Frank, but this stuff is emotional pyrite of the first order.

At this point, I think the Pizzolatto truthers pleading for patience have been snookered by the idea that contemporary TV — with its prestige “event series” and closed-ended storytelling — is primarily about the destination. The truth is, television, like detective stories themselves, has always been about the journey. And that’s where True Detective has stumbled. There’s a decent, humble cop show lurking at the heart of this season, but it’s hidden beneath all the needless complications and increasingly awkward grabs at profundity. I don’t need to understand the motivations of the various holding companies responsible for the high-speed railway — hell, at this moment I can’t even remember their names. But I do need to understand Frank’s desire to invest in them, and, perhaps more crucially, I need to be invested in that desire. Yes, a murderer in a bird mask is cool as hell. But let’s not forget that the one time we saw him, he was shooting blanks.