Shortly after Menace II Society was released in the summer of 1993, the Los Angeles Times profiled the film’s screenwriter, Tyger Williams. A 24-year-old wunderkind living his dream, Williams was no longer mooching off his parents. His film was the toast of Hollywood. The future was bright. Still, he remained pragmatic. “I do my art,” he told the paper, “but I understand the realities of the business I work in.”

The article stated that Williams and Menace directors Albert and Allen Hughes had already started working on their next project, “an urban action thriller” titled Public Enemez. The film never went into production, and the Hughes brothers soon moved on to Dead Presidents, their 1995 heist film. Williams, however, struggled to land a follow-up to his harrowing debut.

“After Menace I did the usual writing, pitching, rewriting, the whole development treadmill,” Williams tells me. “For one reason or another — regime changes, actors not being available, a changing climate — nothing got made.”

For more than two decades, nothing got made.

“The longer you go, the more stressed out you get — the more stressed out people around you get,” Williams says. “You start looking at IMDb and checking other writers. You feel like you are in a riptide being pulled further out to sea. How do I get back to shore? You just keep writing and working on your craft and getting better.” 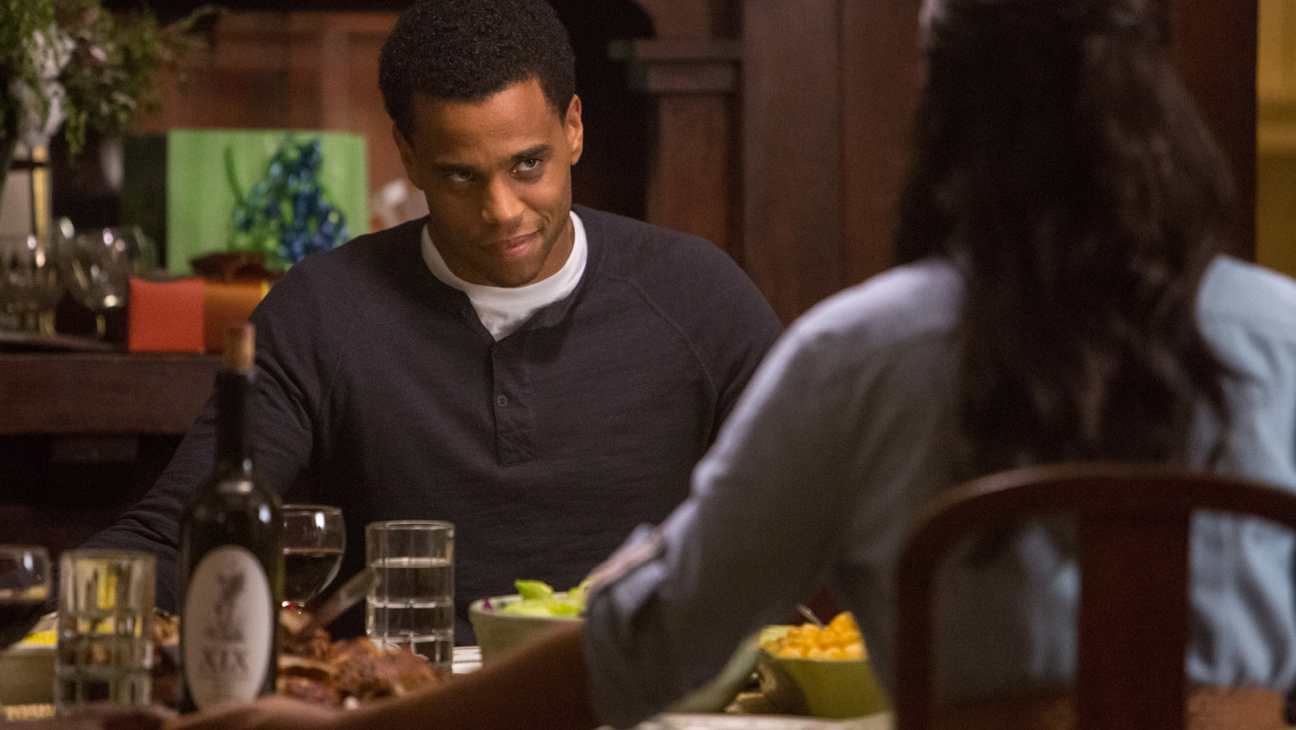 Williams met the Hughes brothers while studying film and business at Cal State Long Beach; his younger brother had acted in short films for the budding directors. They liked Tyger’s writing, and so the twins brought Williams an idea for a movie: a tragedy based in Los Angeles that uses voice-over narration.1 He completed the script in only six weeks.

The Hughes brothers and Williams collaborated on the story, but Williams received sole screenwriting credit.

Menace II Society was a critically acclaimed commercial smash, earning $27.9 million from a $3.5 million budget and altering the careers of nearly everyone involved. Williams then spent the mid-’90s avoiding being stereotyped as “just an urban/hood writer,” turning down any project centering on young black men in the inner city.

“With Menace I said everything that I had to say about the state of young black males in America at that time,” he says. “Anything else to me would have been a rehash. It wouldn’t have been my best work. I would have just been cashing checks.”2

Tyger Williams says Hype Williams even approached him to write Belly. “With Belly, I didn’t feel like I could make it better.”

Over the years, Williams cycled through film and television deals with Sony Pictures, Fox, Showtime, HBO, Disney, Universal, and Warner Bros. He wrote more than 30 screenplays: films like Gridiron Girls, a football version of A League of Their Own for Queen Latifah at New Line. A Foxy Brown remake written for Halle Berry fell apart the morning after she won a Best Actress Oscar for Monster’s Ball. “Her manager called my producer and said, ‘You know we’re gonna need another writer now,’” Williams remembers. “In this industry, that’s often what happens — you got an Oscar-winning actress, you get an Oscar-winning screenwriter.”

A Sonny Liston biopic was another close call. The film, a passion project for Ving Rhames, had limited commercial appeal but was backed at Paramount, with Tom Cruise and Paula Wagner producing and William Friedkin (The Exorcist, The French Connection) directing. Friedkin’s wife, then Paramount boss Sherry Lansing, was also said to be a fan of the script. But the film was scrapped because of budget problems, Williams says. There was also a competing project: Michael Mann’s Ali at Sony, starring Will Smith.

“I had an executive at Sony tell me once while we were working on the film that someone working with Ali came into the office, showed them a copy of my Sonny Liston draft, and said, ‘We need to make Ali now because they have this script and it’s good,’” he says. “I don’t know how true that is, though. It could be one of those true Hollywood stories.”

Williams says he never became bitter. He knew the realities of the business. The money he was earning on all of those unproduced scripts softened the blow, too. “I’ve been screenwriting the whole time. The only other job I’ve had since I started was as an adjunct professor at USC,” he says. “That is how I’ve made a living. There are a ton of writers — especially in the ’90s — who made a ton of money doing rewrite work but never got their name on the screen. It’s always more gratifying to get your name on the project, though.”

Given all the (uncredited) work he’s accumulated in Hollywood, it’s no surprise Williams landed The Perfect Guy. Back in 2005, he sold Screen Gems a musical adaptation of Jane Austen’s Emma. It was never made, of course, but it did lead to Williams developing a relationship with Screen Gems president Clint Culpepper. In October 2011, Culpepper called him “about this thing … for Sanaa Lathan.”

Working from another writer’s draft,3 Williams created the love triangle central to the film; in the original version, the stalker character played by Michael Ealy had no relationship to Lathan’s character. A later draft amplified the romance at Lathan’s behest. The change pushed the script across the finish line, and eventually to the top of the box office.

Williams has sole screenwriting credit on the film.

“Hopefully it will give me a bit of momentum,” Williams says. “Certainly, having your movie in theaters makes it easier for your reps to do their job.” Williams has other projects lined up. He’s working on another romantic thriller, and is also cowriting a historical miniseries at ABC Signature.

He looks back at his strange career without regrets. “It’s a mix of gratification and validation, of the fact that I was honing my craft, kept writing, kept working, kept trying to get better,” he says. “My craft is much stronger than it was when I was 24.”

Williams then pauses, calculating the quick math in his head. “Menace was 22 years ago!” he says. “Who goes 22 years between movies?”