Since I’m not particularly passionate about any show that’s on the air at the moment, there’s no true anchor for the GRTFL mega-yacht right now. So this week’s column will hop around the reality TV landscape, looking at a selection of shows from the hours and hours I watched and distilling the analysis down to the “most important thing” that happened on each. This time, that includes a sexual reveal on Below Deck, a promising new revenue stream for Utopia, the worst excuse for leaving a blind date on The Singles Project, and (tear, sniffle) breaking up with Survivor.

The Most Important Thing From Survivor: TEASOP

Is it just me, or did this season of Survivor kind of sneak up on us? Sure, I knew John Rocker was going to be a contestant, and I knew they were going to run back the Blood vs. Water theme, but I didn’t know anything else. I also didn’t find either of those things particularly interesting. I love the Blood vs. Water format, but that alone isn’t enough to get me excited about the season, and trotting out Rocker just feels like press-release fodder. As any Uncle Cliffy or Jimmy Johnson fan knows, the more interesting and recognizable an ex-sports figure is, the less likely he is to last on Survivor; just ask Caitlin Mangum.

Even with that “intrigue,” Wednesday’s premiere failed to stick with me. And I have proof! The smartphone era has given us a new, quantifiable way to evaluate a show’s pull, and this method trumps ratings, published critiques, and all watercooler conversation. That way is with “TEASOP” (pronounced “tee-sopp”), which stands for “Time Eyes Are Spending On Phone.” TEASOP is the percentage of time a viewer’s eyes are on his or her phone while that person is ostensibly watching a show. It’s also the best way to measure whether or not someone really likes a show. I tell people I love Masters of Sex, but my TEASOP will tell them that I only watch the sex scenes. I tell people I “Kind of watch Real Housewives of Atlanta,” but my TEASOP will tell them that I don’t miss a single second. My Survivor TEASOP this week was around 40 percent. My wife’s was even worse: She was playing the Kardashian game (she’s on the C list), and her TEASOP was 95 percent; she looked up only to announce how bored she was, ask if there was anything for dessert, and marvel at Rocker’s girlfriend’s chest.

I bring up TEASOP because I have no real rational reason for losing interest in this program. The premiere was standard Survivor fare, and if anything it offered more drama than most openers. It just didn’t hold my attention. I fear that I’m breaking up with Survivor. I know that no matter how many decades Real World lasts, I’ll watch every single second of every future season. But I don’t feel that way about Survivor. I might not write about it every week, but I’ll regularly offer my TEASOP score as an indication of my interest. Nowadays, TEASOP is truly the only way to gauge whether or not you enjoy a TV show.

Oh yeah, the second most important thing that happened on Survivor was the editors clowning Rocker. Here he is mid-burp: 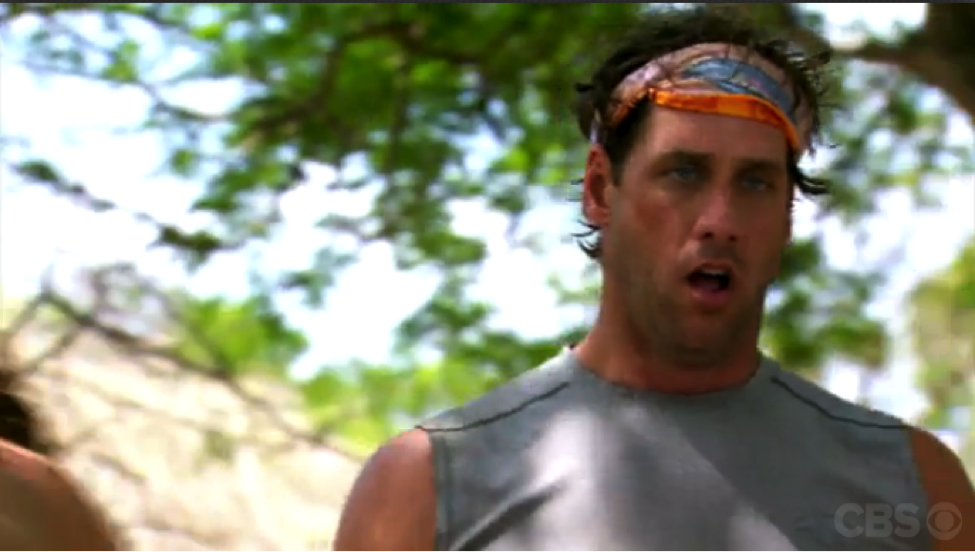 It’s always nice to have a victim we can agree on.

The Most Important Thing From Utopia: “The Utopia Experience”

Whether you think this is the best or worst show in the history of the medium, you have to concede that it’s an important show. This week, the first episode featuring “The Utopia Experience” aired. The Utopia Experience is, basically, paying $60 (or so) to go to the set and hang out with the people on it. Utopia isn’t the first reality show that fans could easily find their way onto, but it is the first (that I can recall) that’s trying to turn the show itself into a consumer-facing revenue stream.

This week’s Utopia Experience drew only two dozen or so curious folks and about $1,500, but it got me thinking: What if this show were a hit? What if this show had become the phenomenon Fox suits had hoped it would be, a national sensation on par with Jersey Shore? What if there had been a “Jersey Shore Experience”? Snooki would have been its Mickey Mouse, a mascot beckoning all from far and wide.

Could this be the new model for reality TV? Create stars by putting a bunch of weirdos in a house together without food so that they argue a lot, televise them arguing, and then charge the public a fee to come and “experience” the arguing in person? Utopia does get a lot wrong (host wardrobe being one thing), but I think the show has stumbled onto something here. On the Utopia website there’s a section for those who want to “Do business with Utopia!” It reminds me of how people are FUCKING OBSESSED with Big Brother in the U.K., surrounding the house at all times of the night. Utopia hasn’t captured that type of enthusiasm, but it’s designed a system to monetize the buzz it has generated. This system could further bridge the gap between the experience of watching reality contestants on the TV in your living room and watching reality contests on the couch in your living room. I’d love to have Red on my living room couch. Red is the best: 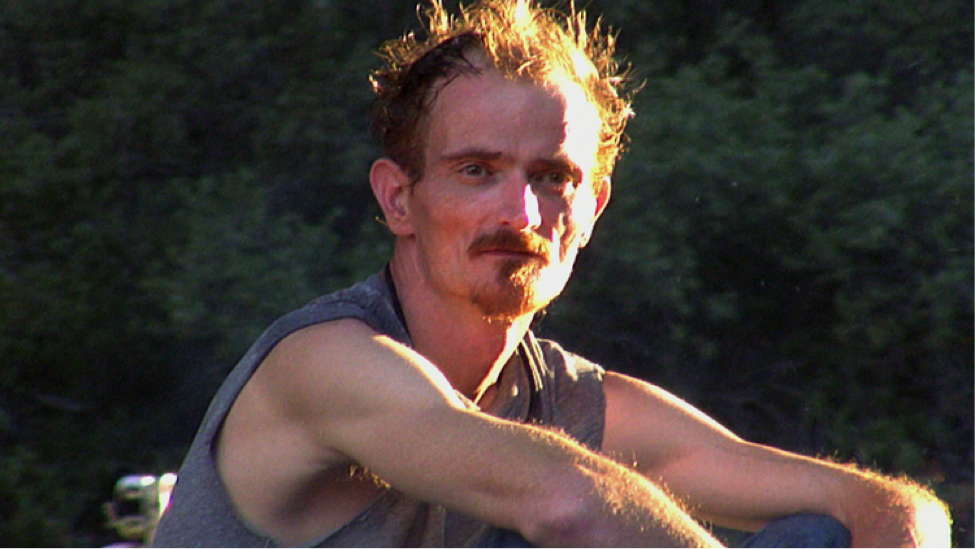 The Most Important Thing From The Singles Project: Ventilated Bathrooms

On The Singles Project, Kerry had been hitting it off with one of those “You aren’t an artist because you’re a true inspired weirdo and couldn’t be anything else; you’re an artist because you’re unemployed and need to tell your rich parents you’re doing something” artists named Tripp. Then things took a turn. Kerry wasn’t enjoying their date, so she decided to formulate an escape plan. She retreated to the solace of the ladies’ room (with camera crew in tow), called her bestie, and devised her plan. When she returned to the table, she announced that she had eaten some watermelon seeds earlier that day and that as a result, something terrible was going to happen inside of her, meaning she needed to find a bathroom with great ventilation as soon as possible: 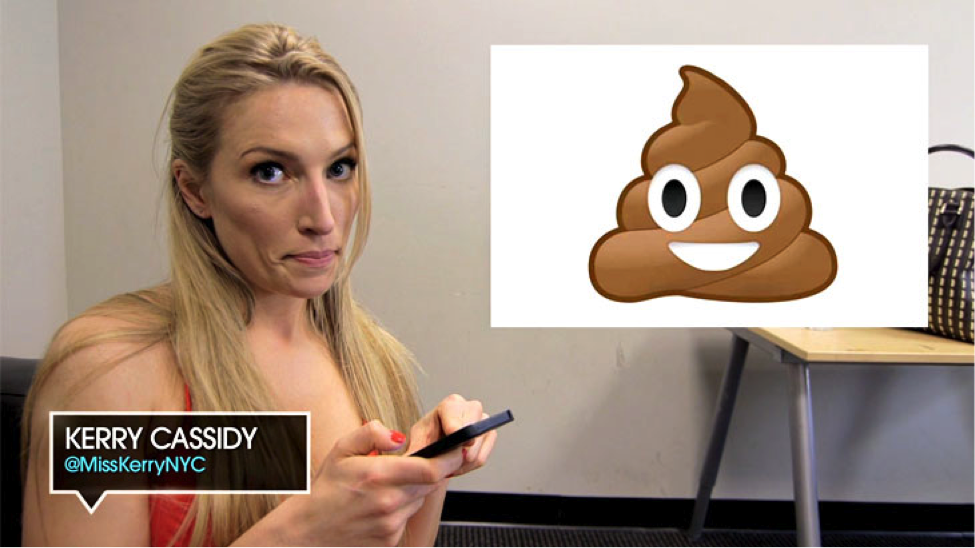 A simple, “I’m sorry, I have an emergency and I have to leave” would have sufficed. There was no need to be disrespectful to a perfectly nice human being on national TV, or to put the visual of what would happen in that highly ventilated bathroom into our heads.

The Most Important Thing From Below Deck: A Sexual Reveal!

That’s it for this week. Catch up on your TV, think about your TEASOP, and enjoy the weekend.