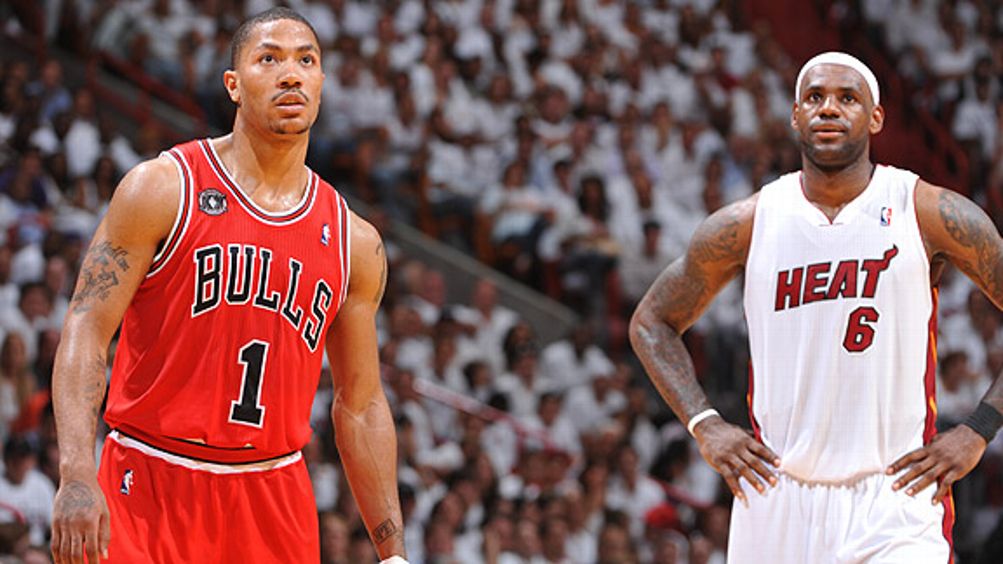 The NBA’s nuclear winter (tentatively) stopped short nearly a month before regular winter actually begins. In its place, we will (pending ratification) have basketball, actual NBA basketball. Before we completely (fingers crossed) move on and wash our hands clean of this lockout madness, let’s take one look back at the winners and losers of this 149-day ordeal.

The NBA — Not a single person or a side, but the product. We landed in an asinine position through asinine decisions. Sixty-six games is more in line with how the regular-season schedule should be anyway. And Christmas is when most fans start paying attention to the NBA. The only people who should be rightly upset over the forfeited time are the arena workers and those truly affected by the lost income.

Derrick Rose — The new agreement rewards young players who play above their contract. It calls for players still on their rookie contracts to earn the new max of up to 30 percent of their current agreement, a 5 percent bump over the expired deal. This is obtainable only by those few rookie-contract players who win an MVP award, start in multiple All-Star games, or make multiple All-NBA teams.

New York Knicks — We finally get to see what Carmelo Anthony and Amar’e Stoudemire look like paired for an entire season, if the Knicks can surround them with compatible pieces. The Chris Paul-to-New York whispers will only get louder once the season begins.

On a more surprising note, James Dolan emerged as a sane, rational voice during the lockout!

Miami Heat — Remember the doomsday scenario for Miami? It involved a hard salary cap and the shedding of one of its three stars. That is not going to happen with the new agreement. Instead, as Brian Windhorst lays out, Miami can go in a lot of different directions and would not have to use amnesty on Mike Miller to lure free agents. Expect Shane Battier, Samuel Dalembert, or Baron Davis to land in Miami.

Deron Williams, Chris Paul, and Dwight Howard — The proposed “Carmelo Rule” did not make it into the tentative agreement, which means Williams, Paul, and Howard can be dealt in sign-and-trades and receive extensions prior to their walk years. So, yes, we can go through the Carmelo ordeal of last year over and over again with each superstar not in a big market.

Boston Celtics — Ray Allen and Kevin Garnett will be free agents at season’s end. The agreement props the door ajar for one more run with Allen, Garnett, Paul Pierce, Rajon Rondo, and Doc Rivers before the Celtics brass addresses some major issues concerning rebuilding (they can get a jump start on those efforts by finding a suitable sign-and-trade for Jeff Green). Speaking of Rivers, he may be the biggest winner of the entire lockout. He inked a five-year extension before it started and was able to see his son Austin begin his college career at Duke.

Kobe Bryant — The lockout trimmed only 16 games off of his career — about 409 points, if you go by his average last season. Bryant’s 27,868 career points are sixth in NBA history, five spots behind Kareem Abdul-Jabbar’s record of 38,387. Can Bryant get there? Possibly, and it’s an endeavor certainly helped by not missing an entire season.

Sports Illustrated‘s Sam Amick — The first reporter to showcase a leaked memo of the tentative agreement.

For that matter, all of the reporters who no longer have to wait in hotels (or on sidewalks), eat stale pizza, fight over power outlets, and place bets on when the sides would talk that day.

Michael Jordan — Jordan did what he does. He won the lockout in the sense that he received most of what he wanted. In the future, the Bobcats will be able to recruit, spend, and retain players. But Jordan lost some luster from his legacy. You cannot go from being on one side as a player and telling an owner to sell his team if he can’t make it profitable to the other side as an owner and be willing to sacrifice season(s) if you don’t get what you want. You are going to be called out on it. He had little chance of recruiting marquee free agents before. Good luck now, MJ.

Jeffrey Kessler — The guy no doubt knows what he is doing. There is a reason he lands these jobs. But it’s hard to see him landing another one after the way he handled these negotiations. He made his biggest public stamp on these talks when he told the Washington Post, “Instead of treating the players like partners, they’re treating them like plantation workers.” David Stern called Kessler “the single most divisive force in our negotiations … Kessler’s conduct is routinely despicable.” Stern derided Kessler long ago when he began the negotiations by saying the players would decertify and file an antitrust lawsuit. In the deciding calls, the sides reached a tentative deal with Kessler removed from the room and only involved at times through conference calls.

J.R. Smith, Wilson Chandler, and the rest of the players who went to China — This is one where hindsight factors in. No one would have blamed players who pursued their options a couple of weeks ago. China is a market already saturated in the NBA, and the talk back then involved disbanding, ultimatums, and nuclear winters. All reports indicate that Chandler and Smith are both dominating play in China. But then Chandler sent out this discomforting tweet: “loud noises all night and morning outside … can’t even sleep smh, this town looks and sounds like a war site … str8 up” and Smith suffered a suspicious knee injury. The injury looked worse than it was, and only led to reports that he and the Zhejiang Chouzhou Golden Bulls were not exactly the best of matches (that one required no hindsight, just common sense). The Chinese Basketball Association stipulated that locked-out NBA players could not opt out of their contracts once the sides reached a resolution. It is highly suspect that the rule will hold up to an NBA free agent in search of a payday.

David Stern/Billy Hunter — There is no real reason why we couldn’t have arrived here in June or earlier. The sides started talks of this agreement more than two years ago and games were still lost. That reflects failure on both sides and a willingness to diminish a product. Instead of recognizing the drawbacks of the 1998-99 lockout, both sides sought to leave this lockout with a tangible victory, retain their jobs, and keep their reputations. Both sides allowed too many voices to seep into the discussion. Did we really need to know that Robert Sarver’s wife wanted him to return to Phoenix with the mid-level exemption in her purse? Did that help anybody? Did it even make sense? And why is Dan Gilbert saying the decision to settle a years-long dispute should be made by trusting his gut? Is that negotiating? It should have been Stern and Adam Silver and Hunter and Derek Fisher negotiating at the bulk of the meetings by themselves. There is a reason the deciding negotiation involved such a small group and no committees. Everyone could be heard.

Veteran players — All of whom have to play those dreaded back-to-back-to-backs and consecutive days in the playoffs. We are going to see some sloppy basketball. It’s unavoidable, given the layoff in time and the compressing of the schedule. I used this Charles Barkley quote from the ’98-99 lockout in a previous post, and it is again applicable here. Barkley: “I can’t play three days in a row. I can’t have sex three days in a row.”