The Worst Injury in Sports 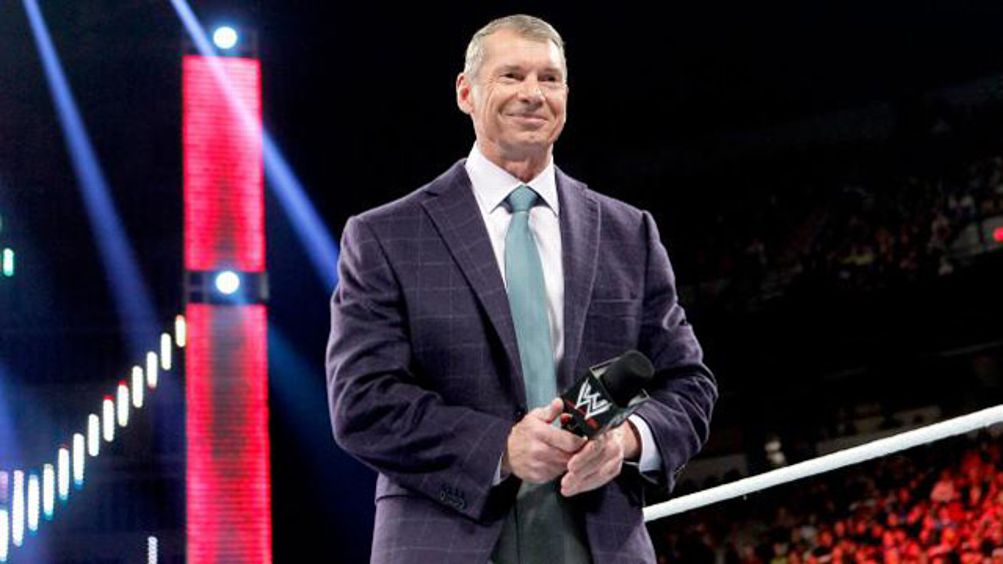 There are a lot of disappointed CM Punk fans out there right now.1 There are a lot of people who are peeved that The Rock won the WWE Championship at the Royal Rumble, a lot of guys who were so invested in the villainous Punk being the face (no pun intended) of the WWE that they probably woke up Monday morning hoping that Sunday had been a bad dream.

I can’t be the only one who had an eerie feeling of déjà vu after Monday night’s episode of Raw. Vince McMahon was back, throwing his weight around despite his presumptive removal from managerial power. It was a form of Vince we haven’t seen since he crowned AJ Lee the general manager of Raw last July.2 On Monday, with Vince seemingly in charge and intent on firing Paul Heyman, Brock Lesnar returned to save his erstwhile adviser, F-5ing McMahon and functionally resuming his rivalry with the WWE family dynasty. In other news, Chris Jericho made a shocking return at the Rumble to continue his fight with Dolph Ziggler, who had forced Jericho’s retirement not so long ago. Daniel Bryan and Kane beat the Rhodes Scholars to keep their tag titles on Sunday, but their partnership is fraying and they’re seemingly headed back into a feud. If you’ll recall, their collaboration grew directly out of a feud in the first place. To top it off, John Cena is your no. 1 contender to the WWE Championship, and he was in the ring on Monday night talking about how he’s going to defy the odds and win at the next pay-per-view event.3 As is the norm at this time of year, WWE took all its major narratives and reset the table, but all of a sudden the road to WrestleMania feels unsettlingly like the road to last August’s SummerSlam.

To top it all off, the feud between The Rock and CM Punk, which continued Monday night, was restarted in December after a five-month hiatus. It began on the 1,000th episode of Raw, when The Rock declared that he’d be wrestling for the title at the Rumble, and Punk ? then a good guy ? attacked him. Had The Rock been anybody but The Rock, had he been a guy on a regular contract and not an occasional performer, an attack like that would have obviously meant that the two would end up fighting at the next PPV ? which, needless to say, would have been SummerSlam.

Monday’s Raw could have just as easily aired the night after SummerSlam and nobody would have blinked an eye. Five months have passed and all we have to show for it are Chris Jericho’s new tattoos. It wasn’t the Punk fans who woke up from a bad dream. It was the entire WWE.

The nightmare in this case is CM Punk’s reign of evil. It’s the Freudian notion that dreams are unconscious wish fulfillment, except the dreamers are the meta-fans and reality belongs to Vince. On Monday, after being beaten by The Rock the night before, Punk was a raving mess. First he insisted that he was still champion because McMahon restarted the match after Punk had pinned The Rock. Later, he interrupted the new champ’s victory speech, ranting that the WWE Championship “is prestigious because I made it prestigious” while The Rock stood in the ring and looked at Punk like he was crazy. Maybe he is crazy. Maybe none of that happened at all.

In any case, McMahon closed the show in full Vince Ex Machina fashion. Almost literally overnight, McMahon unraveled and delegitimized the past few months of genuinely interesting and nuanced WWE storytelling by unleashing a retroactive story line H-bomb. For months, it was unclear if Brad Maddox and The Shield were in cahoots with Heyman and Punk, or if they were working for someone else, or if they were simply acting on their own. McMahon settled that Monday by releasing a video in which Heyman was shown cavorting with Maddox and The Shield and admitting that he’d hired them. The video is a sight to behold ? Heyman turning to the cameraman and saying to turn off the camera, then admitting his whole scheme. (This opens up the intriguing possibility that Heyman is both the most conniving man in wrestling and the dumbest, which is probably not too far from Vince’s perception of the truth.) It was the Romney 47 percent tape reset in the WWE gladiator’s pit. There was no interrogation, no accumulation of evidence ? there was only a moment of realization and the negation of all that had come before, with the joy apparent all over Vince’s face. He seemed to relish scrapping five months’ worth of scripts.

It’s unclear how the WWE’s chairman of the board has the power to fire Heyman, an informal adviser to one of the company’s wrestlers; it’s even more unclear how chartering a few cronies to help win a fight is a fireable offense in the world of pro wrestling. It happens every other week. But let’s set aside those inconsistencies. What Vince ? what the WWE ? effectively did with that video was to expunge everything that happened in the latter half of Punk’s reign, at least since Maddox helped him win at Hell in a Cell. I mean, sure, it happened, but if it happened so dishonestly, does it really count?

Punk wasn’t even there to defend his role in the scheme. He had been escorted out by security, and Vince was apparently only concerned with punishing Heyman, his erstwhile rival. Despite the whole issue being Punk’s recently ended championship reign, you’d be forgiven if, by the end of the segment, you’d forgotten that Punk and Heyman were an item at all. Lesnar came in to interrupt the firing, demolished McMahon, and we were right back where we were five months ago, before Lesnar “quit” and Heyman took up with Punk.

It remains to be seen if Triple H will return from the boardroom to defend WWE’s corporate honor, but that’s where things seem to be heading. The Rock and Cena will almost definitely be in the main event at Mania. Everything’s back the way it was before, like nothing ever happened.

Like it was all just a dream. It’s the Bobby Ewing Corollary from Dallas, imported into WWE. At the beginning of the 10th season of the ’80s TV drama Dallas, the show revealed in a still-famous shower scene that the entire previous season had been a dream. Crimes that had been committed weren’t actually real. Characters who had died weren’t actually dead. Well, WWE has just pulled off a small-scale version of this ruse on WWE fans. I know what you’re thinking: That’s a stretch. And I agree ? I mean, if they really wanted to reference a TV show that went off the air two decades ago, they’d probably give us a hint, right? Perhaps a character named Bo Dallas, who appeared for no reason and out of nowhere? Who won his way into the Royal Rumble by winning a contest between NXT wrestlers the day of the show? Who celebrated his win by recording a celebratory interview in, of all places, the shower?

OK, OK, maybe I’m taking this too far. Maybe I’m seeing things where there’s nothing. But the next time you talk about Punk’s epic 434-day reign and somebody looks at you like you’re crazy, and tells you it was all a dream, don’t say I didn’t warn you.

Heck, maybe we’re going even further back in time, to a moment 15 years ago when Heyman was something approaching actual competition for McMahon and WWE ? when he was actually a worthy rival for McMahon and not just another fireable peon. When Heyman was a competing “no-good, swindling promoter,” as Punk called Vince earlier on Monday’s Raw. There was a moment when Heyman thought the camera was switched off, and his whole demeanor changed ? he was suddenly the scheming villain, too harsh and wily to jibe with his current on-screen character. Vince grilled him, asking if that was indeed him on the video, and Heyman denied it. “That’s not Paul Heyman,” he answered. Because it wasn’t ? Heyman is the businessman half of his personality, the public face. The bad guy? That’s Paul E. Dangerously.

Is that the trade-off for having the last five months be a dream? I think a lot of the people who’re mad that Punk lost the belt would be happy to take that swap. If WWE wants to re-adjudicate the end of ECW, they will, because the past is never settled until Vince decides it is.

Vince said that the video revealing Heyman’s duplicity came from an anonymous source. It doesn’t matter if the source is ever revealed ? whether it’s Maddox or a conscience-stricken cameraman ? because the real source of that video is Vince, who has decided to rewrite history. When he walked onto the stage in the waning moments of the Rumble and restarted the Punk-Rock match that Punk had seemingly won, Vince wasn’t just interrupting the card. He was interrupting the last five months of story line. He wasn’t restarting one match, he was resetting the playing field.

None of this means WrestleMania will be compromised ? it doesn’t even mean Punk won’t be in the main event along with Rock and Cena. We don’t know what’s going to happen. But it does mean that the sort of fans that were decrying Punk’s loss need to remember what they’re watching every Monday night. This is still Vince’s WWE. I mean, did you really think everything had changed? That WWE was suddenly the company you’d always hoped it would be? Wake up, guys.