The Legacy of Oscar Robertson 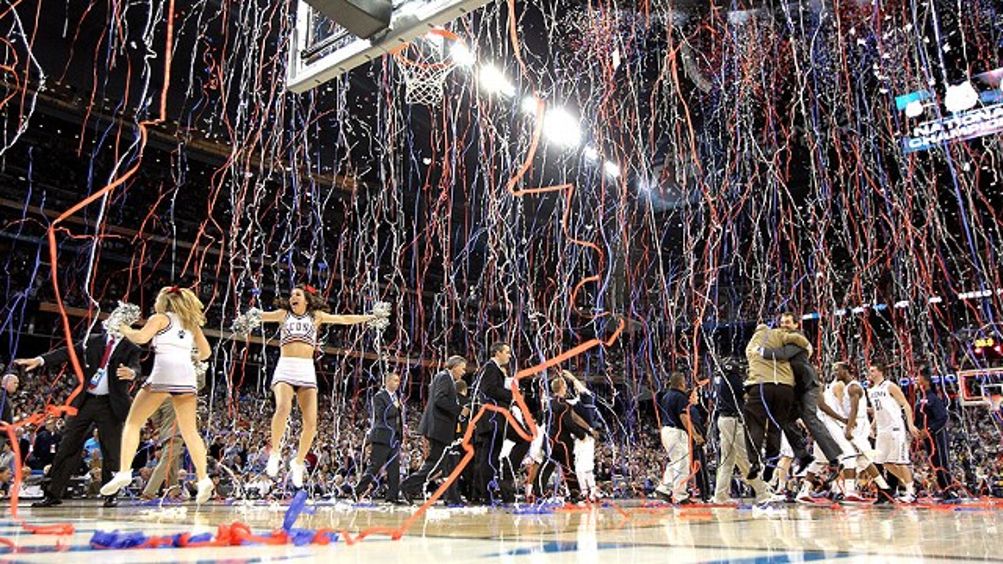 As the NCAA tournament has become Bigger and More Important, it also has become more and more predictable. It’s not even any real surprise that the president is bringing British prime minister David Cameron to Dayton tonight to watch the play-in game — er, the first-round games. The president likely will attempt to explain to Cameron how the four teams playing tonight are really as legitimately a part of the tournament field as are any other entrants. Cameron, however, since he is familiar with the process of relegation from having followed the English Premier League all his life, will not be fooled for a moment. Nevertheless, the appearance of a sitting president at the tournament — even at the extended trailer for the tournament that they put on in Dayton every year — is now to be expected, since the tournament is Bigger and More Important than ever.

Too many horses are out of the barn for the thing ever to go back to the charming little cultist event it used to be. (My first Final Four was in Greensboro in 1974. My ticket cost nine bucks, and that was to see Bill Walton and David Thompson tee it up.) The games will now forever be played, preposterously, in domed football stadiums. The primary gift of the Internet to the world being gambling and porn, the underground bracket-pool economy will continue to draw in the suckers from Human Resources, and your idiot brother, the Classics major who always picks teams that have nicknames drawn from ancient Greece and Rome, and who always ends up winning some money because Michigan State makes it into the Final Four. Dilettantism is always the price of success.

There are so many things you can count on every year that the tournament has lost almost all of its renegade charm. It’s a product now. As such, it is required to be safe and reliable, the way we want all our products to be. You make peace with that, or you find another event to love. I choose to stick with this one. Therefore, here are five predictions of what will ensue over the next month. I present them, as always, For Entertainment Purposes Only.

1. The Redemption Song of John Calipari

I have no illusions about how the sausage gets made. I actually met the street agent who, upon being given a leased luxury car by the assistant coach from a Major Power with whom he was doing business, drove the car three blocks and into the side of an elementary school, whereupon he walked back to where the horrified assistant coach was still standing and asked for another car. I was covering the game when AAU ball was just getting started, and many of the teams were being run by very skeevy, very sweaty rich guys, and the whole thing was the Wild West. (In AAU ball, as is the case in college basketball, the corruption is now more systematized and, therefore, less interesting.) I remember how Al McGuire banned a New York City talent hound from the entire city of Milwaukee on pain of having the poor guy arrested the minute he stepped off the plane. The guy operated out of an Orange Julius stand in Times Square that was run by a Chinese gent somewhere between 80 and 400 years old. A coach calling for the scout had a 50-50 chance of being screamed at in fluent Mandarin. This always has been the way of the world. I mean, I’ve been around.

But Calipari is sui generis in the history of basketball brigandage. He has taken two teams — UMass and Memphis — to the Final Four and, according to the official NCAA record books, neither one of those teams exists anymore. Their participation has been Vacated because it subsequently was revealed that (a) things were going on at UMass that made that program one small step away from being an actual whorehouse, and (b) there was some jiggery-pokery surrounding who actually took the SATs for Derrick Rose.

A lot of coaches cheat. A lot of coaches lose control of their programs, or don’t care to exercise it in the first place. But, in the history of the game, only one coach has had two Final Four teams taken down. This is a remarkable historical achievement. When Kentucky gets close to winning this year, I predict that nobody on television will bring this up, although I’ll buy a cookie for the first analyst who says, “What’s the over/under number on Vacated? I put it at eight months.”

2. The Love Song of Christian Laettner

This is the 20th anniversary of the Kentucky-Duke regional final that is reckoned to be one of the best tournament games ever. It ended with Christian Laettner’s jump shot, as we all know from the endless replay of the moment on CBS, where it is the One Shining Moment of all One Shining Moments.

Apropos of the anniversary, here are a couple of things that will not be mentioned as the assorted Kelloggs and Vitales reminisce about that game. The first is the fact that Laettner should not have been in the game to hit that shot. He should’ve been thrown out for deliberately stomping Kentucky’s Aminu Timberlake earlier in the contest. The second is that Laettner, along with his Duke teammate and close personal friend Brian Davis, has gone on to a second career allegedly stealing other people’s money, which has resulted in the two of them owing various people $30 million. Apparently, one of those people is Shawne Merriman. I’m not expert in defrauding people, but I’d say it is advisable not to defraud professional linebackers who have the PED doctor on speed-dial.

And then, of course, there’s Karl Hess.

The ACC tournament just past is a perfect precursor to the fact that some team’s One Shining Moment is going to be ruined by incompetence, egomania, overwork, or some combination of the three. There was the ludicrous no-call on what would prove to be the winning basket for North Carolina over N.C. State. But even worse, and little remarked upon, was the towering choke at the very end of the other semifinal between Duke and Florida State. The latter held a three-point lead with barely over a second left, and the FSU player inbounding the ball threw it up for grabs at midcourt, gambling that the ensuing scramble would eat up the clock. The scramble ensued, and Duke’s Seth Curry wound up with the ball, whereupon he took at least three steps with the ball literally under one arm before launching a shot that damned near tied the game. He looked like Ray Rice breaking the containment on a sweep. And he did this right in front of the referee. Had the shot fallen, as it nearly did, this would now be another Shining Moment, even though the referee clearly choked on one of the most obvious walks in the history of the game. It will happen again in the tournament. And more than once.

I am happy for Vanderbilt. I am really happy for Harvard. I am even happy that the Selection Committee, which, as we know, produces these matchups only through the happy accident of their arcane mathematical formulas, and not because it would be a really good story, paired them up in the first round. I can only vainly hope that the players on both teams are not hijacked into some phony morality play about student athletes, and the role of sport in our educational process, and Whither Goest We From Here?

The NCAA is under unprecedented assault from the respectable media. My old buddy Joe Nocera has attached himself to the organization’s ankles on the op-ed pages of the New York Times. Taylor Branch performed a splenectomy without anesthetic in the pages of The Atlantic. The basic absurdity of having large educational institutions running multi-billion-dollar entertainment industries on the principles of unpaid labor, and the obvious existence of the underground economy that’s resulted from said absurdity, is becoming too great for anyone to ignore. I have an ominous feeling that the NCAA is going to use this game, and the players in it, as part of a general pushback that we’re going to see throughout the tournament, as though the tournament itself isn’t prima facie evidence of the basic absurdity under discussion. The players at Vanderbilt and Harvard deserve better than to be used that way. For that matter, so do the players at Kansas and Michigan State.

Can we please, for the love of god, find something besides “One Shining Moment?” That thing makes Hamilton, Joe Frank & Reynolds sound like the Sex Pistols, and no matter that they’ve replaced the original sensitive singer-songwriter version with something a little more soulful. Every year, the tournament is contested among kids who listen to hip-hop, or crunk, or basically anything that doesn’t sound as though it were recorded in 1972 by Arista Records. Then, in the end, all that hard work is rewarded by a song that sounds as though it were written by Dan Fogelberg’s boring brother-in-law. Jim Nantz will be struck into speechless awe by this chunk of cream cheese. That’s all ye know and all ye need to know.