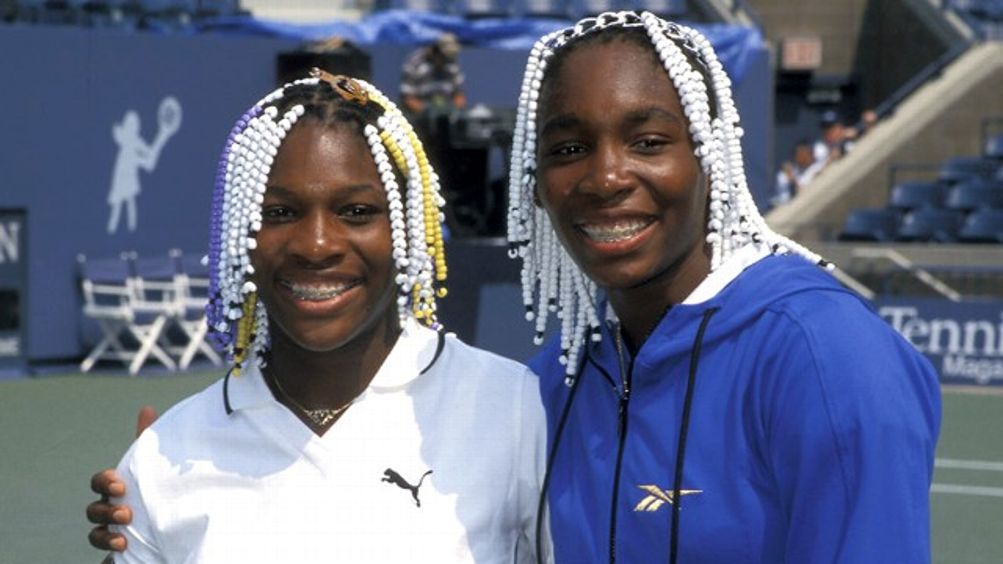 When Venus and Serena Williams began their miraculous runs in the late ’90s, it was a story for a number of reasons. They were brash teenage sisters with beaded braids, and they were bigger and stronger than nearly every woman who had ever played the game. As the 2000s progressed and the Williamses began trading off Grand Slam championships, it became clear the sisters could go down as two of the game’s greatest players. But even now, in the waning stages of their careers, when the conversation usually turns toward enshrinement among the all-time greats, Venus and Serena have never been able to fully escape the anomaly of their race.

I grew up playing tennis in the heart of black Atlanta, at a tennis center whose staff, coaches, and regular players were all black. In every black tennis center in the city, before the Williams revolution, there was always a picture hanging of Arthur Ashe, maybe a picture of Althea Gibson, and on the rare occasion, a smaller photo of MaliVai Washington, Zina Garrison, or Chanda Rubin. Once the sisters burst on the scene, these centers replaced their dated photos with action shots of Venus and Serena, hitting monstrous serves, their beads flying everywhere. For many black families across the city, tennis officially became the new athletic “meal ticket.” They became heroes for black kids like myself, and convinced a lot of us (for better and often for worse) that we would make it to the pros. While I, thankfully, escaped the post-Williams sister homeschooling revolution that took place among my preteen black peers, I still had moments when I was convinced that, with enough practice, I could be the next great black player to shake up the otherwise white tennis world. Within our community, my peers and I were being celebrated as the next young black generation of tennis stars.

In black Atlanta, we wanted people to celebrate the Williams sisters for their talent, sure. But we also didn’t want anyone to ever forget that these were two black girls doing it big in the predominantly white sport of tennis.

Fast-forward to Monday afternoon. Floyd Mayweather, in reaction to another solid performance by Knicks phenom Jeremy Lin, took to Twitter:

Jeremy Lin is a good player but all the hype is because he’s Asian. Black players do what he does every night and don’t get the same praise.

Mayweather’s statement drummed up quite a bit of controversy, and given his history with Manny Pacquiao, his tweet should be read as rude and tasteless. But he’s not completely wrong. It’s naive to believe that all of this hype would follow Lin if he were black. We’re talking about the NBA. Of course he’s hyped because he’s Asian. The reason Mayweather is very much in the wrong, though, is because his underlying message is that Lin doesn’t deserve the accolades. It’s hard to imagine, given what’s transpired over the last six games, what Lin could possibly do to not seem like just a product of media hype in Mayweather’s eyes.

While Mayweather’s statements are troublesome, they shed light on a repressed, widespread sentiment that has been growing with every passing year.

To put it plainly, basketball is supposed to be a black thing, and we aren’t ready to give that title up. Not yet. There are so few things in American culture that are still dominated by black excellence. The other great black mainstay, hip-hop, continues to diversify, but basketball was always supposed to stay ours.

In all major athletics, color barriers were broken, and once the floodgates were opened, blacks began growing in numbers in the three major American sports: baseball, football, and basketball. In a sport like basketball, where we went from the minority to the majority in a generation, there has always been a sense of pride in that transition. We came in, and we changed the way the game looks and is played. It would be foolish to ignore, however, that the point of pride has often translated into an almost possessive attitude toward the game, one that welcomes “outsiders” to join in on the festivities, but doesn’t expect (or want) them to truly rise to prominence.

When Mayweather returned to Twitter, post-backlash, and said, “I’m speaking my mind on behalf of other NBA players. They are programmed to be politically correct and will be penalized if they speak up,” I wasn’t happy with how he said it, but, again, there’s some truth there. I understand his sentiment, because over the past six games, Lin has undermined some of the most basic beliefs held by many an NBA player and black American.

Our ongoing coverage of Linsanity.

• Mays: Beyond the Buzzer-Beater — How Lin and the Knicks Beat Toronto

• Kang: Immediately Stop What You Are Doing and Watch This Jeremy Lin Tribute Video

Growing up, I was taught that perhaps the most embarrassing and shameful way to lose a basketball game was to a team full of white boys. This point was made on an all-black AAU team and again (even louder) on a diverse high school basketball team, within a diverse basketball league. Throughout my high school basketball career, whenever we played against an all-white team or I was matched up against a white player, one of my black coaches would always pull me aside and, sometimes quietly, sometimes very loudly, say, “You’re black, those are white boys, you know what to do.” And every time I heard it, I swelled with pride, because suddenly I was playing not only for a victory, but also to uphold the tradition of basketball being a black thing. The belief felt like such a no-brainer and was made so vocal at times, some of the white kids even began to sip the Kool-Aid. It became so engrained in me over the years, I can easily admit that it will never fully go away. Losing a pickup game to a team full of black guys pisses me off, mainly because I lost, but losing to a team full of white kids still feels somewhat unacceptable. (I say white in this case because there were few other races represented where I grew up, but had there been a squad of Asian kids in my high school league, those sentiments would have undoubtedly been 100 times stronger. Why? Because this was our sport, no longer a white sport, and definitely not a sport for some Asian kids.)

If we, as blacks, truly believe the idea that basketball is our sport, Linsanity is the perfect wake-up call. The honeymoon is over, and as a black guy, I couldn’t be happier.

I couldn’t be happier because while I love witnessing his performances night in and night out, more important for me is watching the faces of my Asian American friends as they watch Jeremy Lin play. After the first two games, my friend Andy Suzuki hadn’t seen Lin play. As I showed him the highlight reels from both games, I saw him swell up with pride in a way I’ve never witnessed. He couldn’t believe what he was seeing, and as he reenacted some of the moves in his living room, I pictured a 7-year-old Andy, in his driveway, mimicking Jordan, but quietly wishing he had a Jeremy. And when I went to the Knicks-Lakers game with Grantland staff writer Jay Caspian Kang, I watched his demeanor go from cool to impressed to excited to giddy to proud and speechless over the course of the two hours. I was happy for Jeremy Lin, but I was even happier for Jay Kang.

I’ve been there and know how it feels. Watching Serena defeat Martina Hingis at the 1999 U.S. Open and then Venus come back the next year and defeat Lindsay Davenport in both Wimbledon and the U.S. Open solidified the feeling that we had arrived. Things were going to be different from here on out. I remember watching every second of the 1997 Masters, in amazement, as Tiger schooled every white guy in the tournament. Yes, his talents were mind-boggling, but as a black guy, he not only was doing his craft at the highest level, he was doing it in Augusta, the last place he was welcomed to start a revolution. It was one of the proudest moments of my life, because he unknowingly got that win for all of us. Tiger, more than most trailblazing black athletes, wasn’t winning tournaments to be a trailblazer, but he did and that’s forever his gift and his burden.

These feelings I experienced watching Tiger, Venus, and Serena must be similar to what my Asian American friends feel when they see Jeremy in the NBA, splitting the defense between two black guards, blowing past a white forward, and hitting a reverse layup around a black center. I know that sounds crude and overly racial, but we process sports in crude and overly racial ways.