What Grantland Got Wrong

So Good, So Young 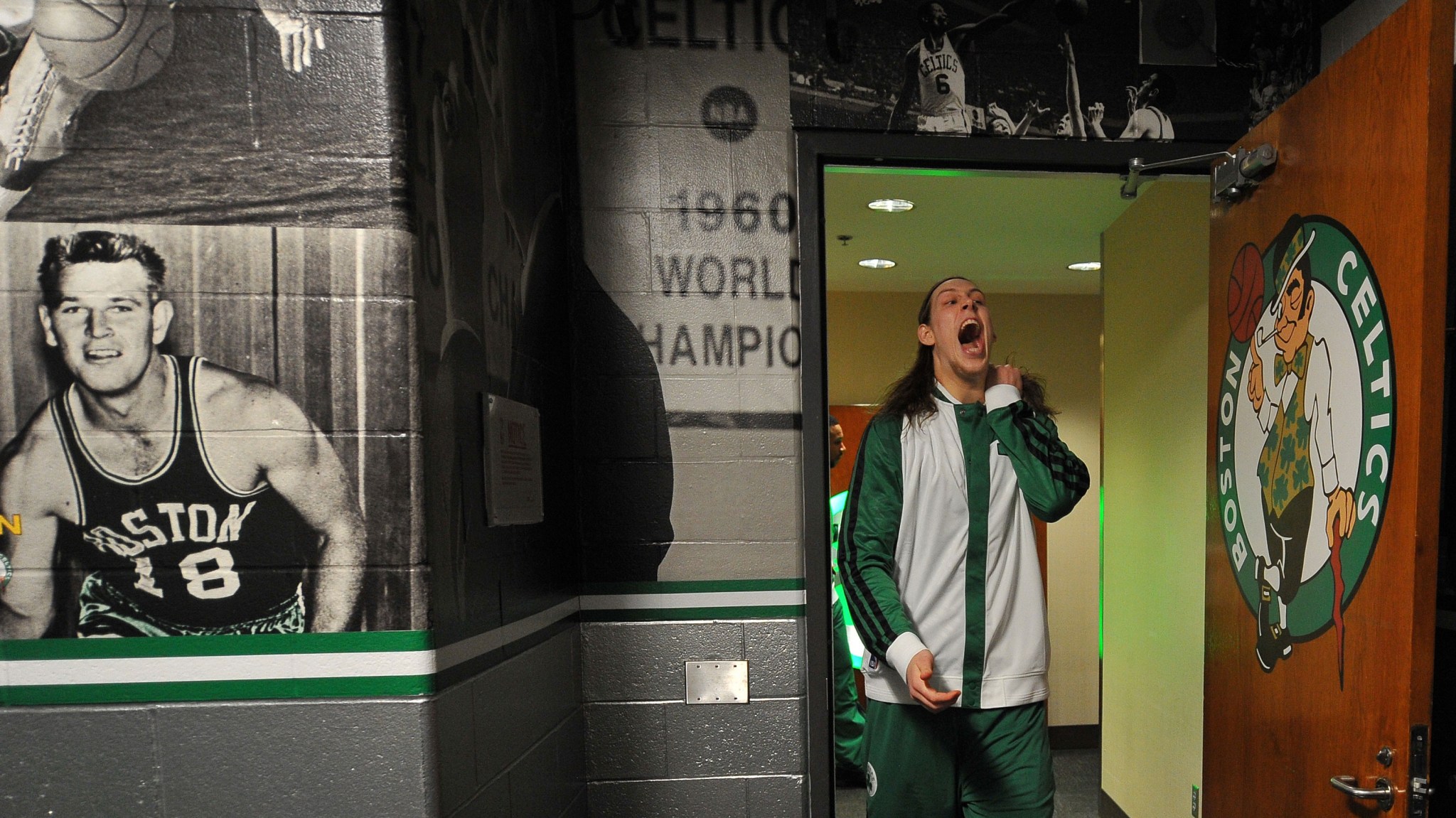 It’s been four days, and hardly anyone remembers the game, and that isn’t how it used to be when the Los Angeles Lakers and the Boston Celtics played each other. I still remember the first time I saw it, in 1969, when the Celtics won because, in the last minutes of the game, Bill Russell blocked a dunk by Wilt Chamberlain and a breakaway layup by Jerry West. But, by the time anyone reads this, it is very likely I will have forgotten that Friday night’s 107-104 Lakers win was salted away on two free throws by Los Angeles rookie Ryan Kelly, or that the Celtics were led by 25 points from their rookie, Kelly Olynyk, who looks more like Geddy Lee than any player in NBA history. (No, wait. I’ll probably remember that part.) I was browsing the two rosters before the game and I noticed that the only links to the golden days of this rivalry were the two trainers.

Eddie Lacerte and Gary Vitti once taped the ankles of Larry Bird and Magic Johnson. They once popped back in the dislocated fingers of Kevin McHale and Kareem Abdul-Jabbar. Now they work on the various joints and ligaments of Kelly Olynyk and Ryan Kelly, and that’s really the way you judge how the time passes. First, the players are younger than you are, then the coaches are, then the general managers are, and then the owners are, and that really stings because they’re all gazillionaires, and the only people you recognize are the guys at the end of the bench with the scissors and the tape and the weary eyes that have seen it all, and the Celtics and Lakers seem like just another stop along the road, two teams that were a combined 28-51 going into Friday’s game, each the loser of 12 of its last 14 games.

Which is a damned shame because the game, while choppy and erratic, was vastly entertaining. Boston point guard Rajon Rondo played for the first time in nearly a year. The Celtics had a lead most of the way, only to have their defense give out at precisely the wrong time and have themselves outscored 13-2 in the game’s last four minutes. If it wasn’t mythic, it was contested hard enough to stand for what remains of this rivalry as both teams try to rebuild themselves.

“It was different when they started chanting ‘Beat L.A.!” Olynyk said. “That was cool, although I’m still pretty new around here.”

“This is one of the legendary arenas in the country,” said Laker Kendall Marshall, who can be forgiven the gaps in his architectural history, since he was born four years after the last time Magic’s Lakers and Larry’s Celtics played for an NBA championship, which occurred in the old Boston Garden, the bits and pieces of which were buried deep in the ground below where he was standing. “That made it special to come and play here.”

History sits lightly upon these Lakers and these Celtics. The two teams are preposterously unfamiliar with each other; the Celtics just concluded a three-way deal that shook up a roster with which not many people in Boston were familiar anyway. (Jordan Crawford, we hardly knew ye.) And the Lakers were missing not only Kobe Bryant, but also Nick Young, who was serving a suspension for throwing a punch at Goran Dragic of the Suns earlier last week. “I think,” said Laker coach Mike D’Antoni, “that it might have meant more to me being here tonight than to the young guys. I was a big Jerry West guy growing up, being from West Virginia and all, but I think they got a little bit of the sense of the electricity that used to be in these games.” 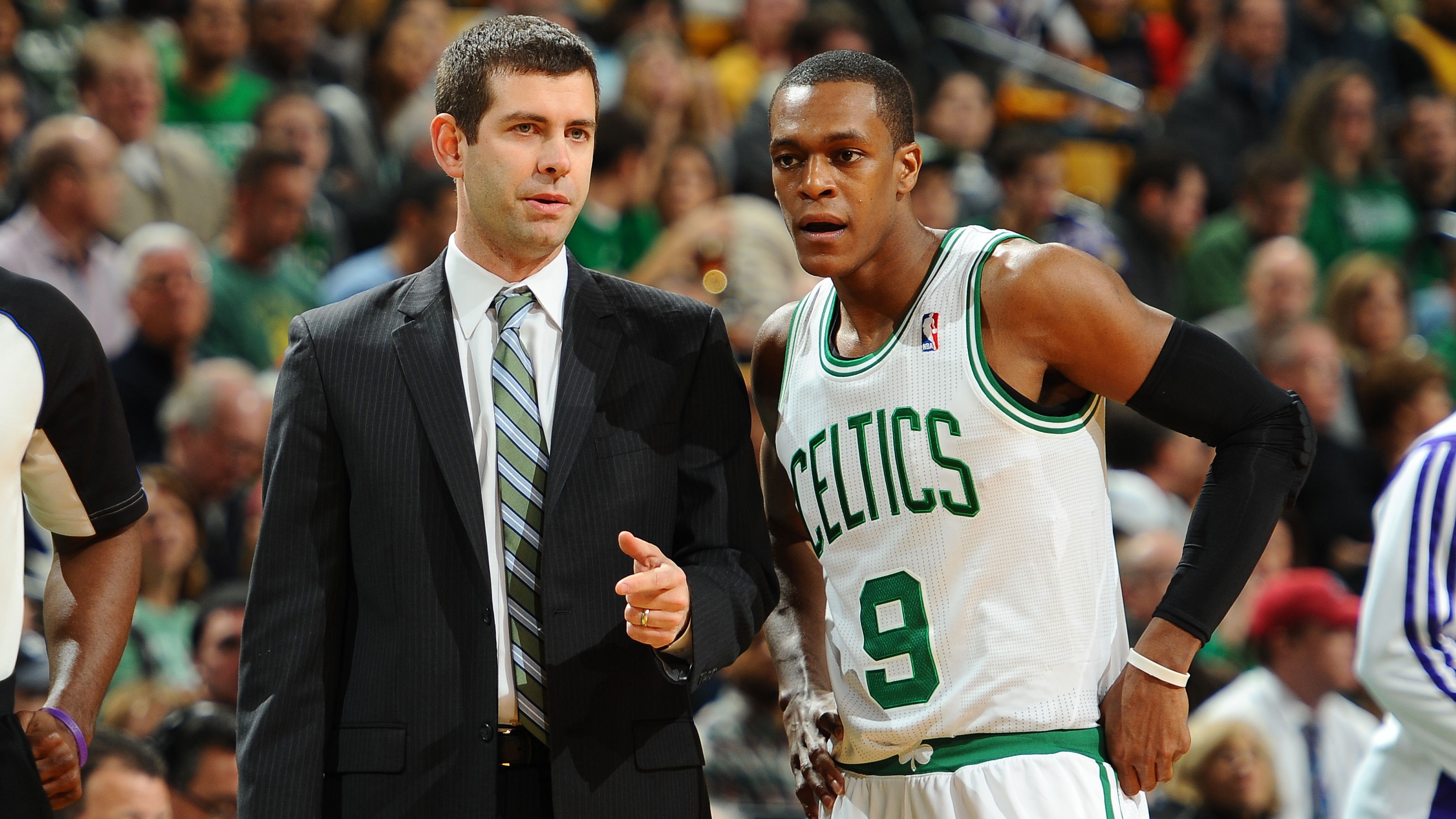 He is the only real link left in Boston to the last time the Celtics and Lakers could put a charge in the dead middle of the NBA season, and it was not all that long ago. It was 2007-08, to be precise. Rajon Rondo was a young Celtics point guard with a sackful of swagger on a team full of veterans, and they beat the Lakers and Bryant over six games for Boston’s 17th championship. Two years later, Bryant and the Lakers returned the favor in a seven-game series, and there was history hanging from every moment both times. Friday night, Bryant was still sidelined and Rondo was coming back from a year’s hiatus with a knee injury, but it was on the level of their shared history that Bryant was able to comment on Rondo being named the Celtics captain that very night.

“He’s an asshole, just like me,” Bryant said before the game.

“I take that as a compliment,” Rondo said later.

They share something with each other that neither one of them can share with his teammates. They were integral parts of the last Laker teams and the last Celtic teams that could stand in line with the Magic and Larry duels, and the Russell-Chamberlain epics before that. For good or ill, they are what’s left of recent history that seems ever receding.

Rondo began the game tentatively, like a man stepping onto ice of which he does not know the thickness. His game was a series of soft arcs, not hard angles. He missed his first two shots. It wasn’t until about five minutes were left in the first half that you could see him lock in. He scored eight points in a row, his first field goal a rock-the-cradle drive across the lane, and he got a steal at the end of the run.

“He looked pretty good out there,” said Boston coach Brad Stevens. “In the first quarter, he was obviously really rusty, but that was to be expected. And then, you know, he got that run in the second quarter and did a lot there.” It was Rondo who put up a 3-pointer that would have tied the game in the final seconds, but it bounced away.

“I thought he made a lot of plays down the stretch,” Stevens said. “He just came up a little short, but I was glad he had the ball.”

It is a signifying move that Stevens made, making Rondo his captain before the latter had even played a game for him. From the beginning in Boston, Rondo has taken a not altogether fair rap for … something. He has been criticized for loving assists too much, and for the visible back-and-forth yapping that he did with departed coach Doc Rivers, who now has only glowing things to say about Rondo in public. He has been traded, in rumors and on the airwaves, regularly, for almost everyone since just about the moment he stepped into the league. There has always been something about him that rubbed folks the wrong way. To make him captain is Stevens saying, largely sight unseen, that none of that matters.

“I never told him,” Stevens said. “I mean, maybe it was something I should have done, but I think it’s something you earn through your effort, through your leadership, through your involvement in the community and all of those things. So, yeah, he earned his captaincy; he didn’t need to have it be named by me. That was my thought process.”

“It really didn’t hit me at first,” Rondo said long after the game, having received extensive treatment on his repaired knee. “I was just trying to lock in. I just knew that I was going to be the last one to be called, so I went through the huddle. But after I came back, a couple of guys told me, ‘Congrats on being named captain.’ So I didn’t have a lot of time to take it in.

“I’m definitely honored, following Paul Pierce, who was our last captain, and he held the seat for a long time. So it’s definitely something I’m very proud of. I think I’ve earned it, but, at the end of the day, it’s not just me as a leader. It’s honestly a lot of guys who lead this team.”

It’s strange to see Rondo, who is 27, as both a link to the past and as a transitional figure, but that’s where he is right now. He represents continuity with the last Boston championship team, and he also represents the foundation of what Stevens and the rest of the more anonymous Celtics are trying to build for the future. He is the team’s past, present, and future all at once. It’s enough to try the patience of a patient person, which no one has ever called Rajon Rondo.

“The actual game was different,” Rondo said. “I’m still trying to find guys — where they like to get their shots, their rhythm. They’re still finding out where they’re going to get the ball from me. It’s going to take a little bit of time, but I don’t want to spend too much time trying to figure it out. I’d like to get it as soon as possible.”

He had eight points and four assists in the first 19-odd minutes of basketball he’d played in a year, but he played them in a radically different context than the one in which the rest of the Celtics and the Lakers were playing. He played those minutes in a context where he already is, and one to which the rest of his teammates have yet to arrive. A place where the Celtics and Lakers play games in January that matter in June, and where people remember those games for the rest of their lives.