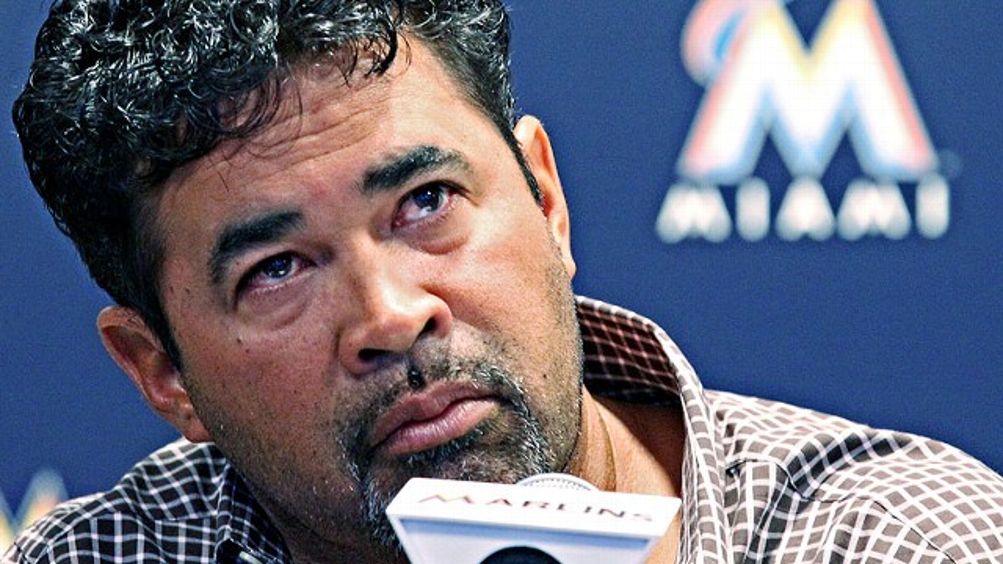 About a decade ago, I had another one of those ideas that make me wonder why I am not the wealthy man I so richly deserve to be. The Montreal Expos were a very talented young baseball team that was stuck in the mud financially and played its games in Castle Dracula — the old Olympic Stadium in Montreal that was dark, dingy, and had a roof that kept falling piece by piece onto the playing surface. There was talk of moving the team.

This was my suggestion: Send them to Havana.

I was dead serious. My idea was prompted by conversations I once had with old Yankees writers who remembered the trips that they made with the team when Batista and the American mob were running the show there, and all the fun they had as guests of the jefe. Havana was baseball-silly, they told me, and then they started talking about the nightclubs again.

So, I figured that an injection of old-fashioned mixed-economy capitalistic pop culture might just be the ticket. After all, blue jeans and The Beatles had as much to do with the fall of the Soviet Union as geopolitics did. The elderly dictator was a lifelong baseball fan. So, I thought, let’s let some big American firm build us a stadium along the waterfront and let the old man name it: Venceremos Stadium or something. Give it five years, and it’d be Minute Maid Venceremos Stadium. Guaranteed. I would also stipulate that the entire right-field bleacher section would be sold cheaply to families with children. I figured 50 cents a head would be about right.

I mean, why shouldn’t that baseball-happy part of the world have its own home team? Does it make any less sense than having two teams in Florida — or, alas, as it turned out with the Expos, giving Washington an opportunity to bankrupt itself building a ballpark to house another team for the city to ignore? And the Expos were the ticket. At that time, the team was loaded with Latin ballplayers from all over the Caribbean Basin. Vlad Guerrero already was a star, and Jose Vidro was getting there. Give my team in Havana five years, I thought, and Communism would fall to the implacable forces of well-financed fun, just the way it has in so many other places.

The problem, of course, is that the United States has been out of its mind on the topic of Cuba for almost 60 years. So the Expos became the Nationals, and my dream died a’borning.

I thought about this again over the past couple of days. Ozzie Guillen, the manager of the Miami Marlins, was quoted by Time magazine as saying, “I love Fidel Castro … I respect Fidel Castro. You know why? A lot of people have wanted to kill Fidel Castro for the last sixty years, but that (expletive) is still here.”

Now, Ozzie Guillen has the same relationship with saying goofy stuff as a firehose has with water, so I was not entirely surprised when he said this. And, as far as loopy political commentary goes, this wasn’t anything too far beyond Luke Scott’s being a Birther who opined, “Obama does not represent America. Nor does he represent anything what our forefathers stood for … He was not born here,” which, being aimed at a sitting president, strikes me as a much more serious bit of idiocy than that aimed at the ex-head of state of a battered Caribbean island. Except, of course, that the United States has been out of its mind over Cuba for almost 60 years.

The Cuban community in Miami went into orbit. Ozzie was dragged out to a ritual of public self-abnegation of which Castro himself would have been proud, and then he got suspended for five games anyway. Inevitably, commissioner Bud Selig felt compelled to chime in, puffing himself up to twice his normal size.

“Major League Baseball supports today’s decision by the Marlins to suspend Ozzie Guillen … Baseball is a social institution with important social responsibilities. All of our 30 clubs play significant roles within their local communities, and I expect those who represent Major League Baseball to act with the kind of respect and sensitivity that the game’s many cultures deserve. Mr. Guillen’s remarks, which were offensive to an important part of the Miami community and others throughout the world, have no place in our game.”

And, for what? For saying something stupid (Castro is not lovable), something more than marginally self-destructive (dude, know your audience), and something that was absolutely true. People have been trying to kill Castro for 60 years, and most of those people were Americans.

Damn it, I’m tired of this. In 1962, I hid under my desk at school for 10 straight days in October while the United States and the Soviet Union decided whether or not to lob nuclear missiles at my young ass. And why? Because a year or so earlier, a bunch of expatriate Cubans and some CIA cowboys launched an invasion of the island. Which prompted Nikita Khrushchev to take the genuinely insane step of installing nuclear missiles in Cuba to forestall any future enterprises of that sort. Which led to my being under my desk, mumbling Hail Mary’s at 78 r.p.m.

For going on 60 years now, the foreign policy of my country — and a good bit of its domestic politics as well — has been held hostage by a band of noisy irreconcilables in South Florida. The embargo is a joke to the rest of the world, the Helms-Burton Act a modern farce, ignored by such radical Marxist nations as Canada, Mexico, and Germany. The success of the exile community in Florida is a remarkable story, but, Lord knows, it’s not without its darker side. With the inexcusable aid of several U.S. presidents, and according to documents gathered by the National Security Archive at George Washington University, that community has harbored outright terrorists, including the men allegedly behind the 1976 bombing of a Cuban airliner that killed 78 passengers (including the Cuban national fencing team). By way of comparison, many Irish-Americans who conspired to arm the IRA during the Troubles wound up in prison. Here, though, President George H.W. Bush went out of his way to pardon one of the men alleged to have helped arrange the bombing of the airliner. The rules always have been different, because of the investment — covert and otherwise — that the U.S. has made in destabilizing Castro, and the centrality of Florida to just about every presidential election of the past 40 years.

Operatives from Miami were hip-deep in the Iran-Contra mess. The Cuban community in Miami went mad over the Elian Gonzalez affair, and the outrage over that controversy was central to some of the hooliganism surrounding the recount in Miami-Dade County in the aftermath of the 2000 presidential election. The first generation of émigrés are strong and they are politically active, and nobody ever says no to them, and it’s past time for them to get over themselves, a feeling that more than one survey has noted is shared by the grandchildren — and now great-grandchildren — of the original émigrés. This country doesn’t owe them or their tender feelings anything anymore.

My god, we’re doing business in Vietnam. The butchers of Tiananmen Square are the country’s primary landlords. We’d be building electronics factories all over North Korea if that country’s leaders weren’t all completely nuts. The émigrés who came from Cuba in the wake of the revolution can be proud of what they built, but they had it a lot easier than did, say, the Hmong people of Southeast Asia, whom the United States sold out at the end of the Vietnam War, breaking all kinds of promises about repatriation and leaving them to be slaughtered until, finally, we allowed some of them to come over here and farm chickens in Arkansas on the cheap for corporate agribusiness. And yet we can’t come to grips with a sensible policy for one small island in the Caribbean because a bunch of old men in Florida are carrying a grudge against one old man who refuses against all odds to die?

Ozzie Guillen should have been smarter than to say what he said in Miami. (Of course, if he were, he wouldn’t be Ozzie Guillen, and the Marlins never would have hired him, so there’s that.) It was a marketing glitch — a big one, surely, but not one that is particularly original or particularly worthy of public punishment. (At the very least, we can be grateful that Major League Baseball largely left the ultimate disposition to the Marlins, keeping the whole sorry business local.) The national commentary on what Guillen said, however, has been shot through with rhetoric that passed its sell-by date in 1965. Castro is old and (probably) dying. Cuba is no threat to anyone anymore. It’s battered and bloodied by six decades of senseless Communist economic paralysis and senseless capitalist economic warfare. We should have been in there with both feet years ago. I should have my stadium and my ball club by now. Instead, we listen to the loud voices of a reactionary past, the ones that demand the occasional ritual sacrifice to atone for someone else’s crimes, and the loud calls for history itself to apologize, over and over again.