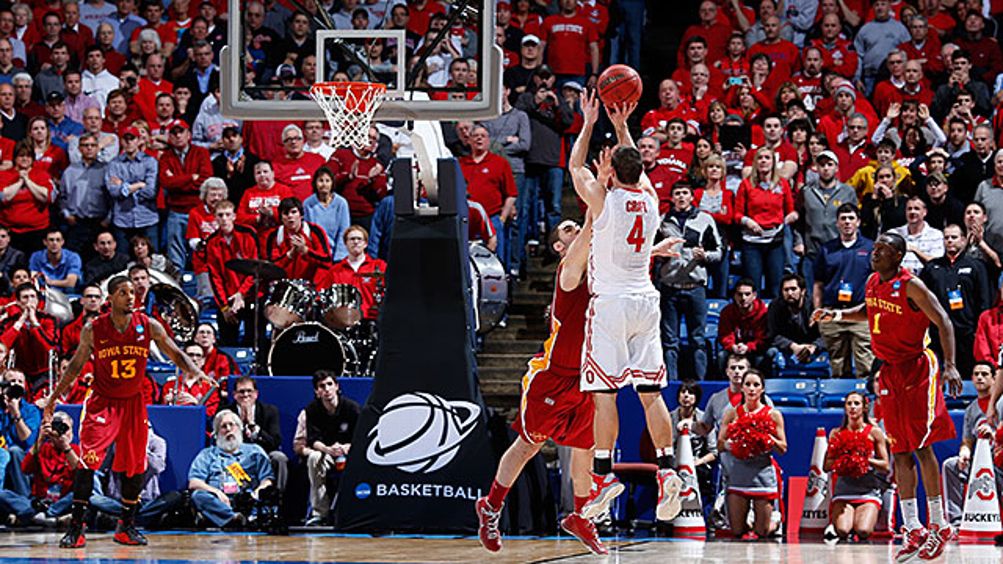 The first weekend of the 2013 NCAA tournament is in the books, and in what should come as a surprise to nobody who followed college basketball this season, it was one of the wildest starts ever. Here are 12 extremely important observations about the opening rounds.

1. I don’t want to live in a world where the Sonic guys don’t win every comedy award in existence.

If you don’t think the Sonic commercials are the best series of commercials on TV, you’re wrong.

2. The endless discussion and overanalysis of Aaron Craft’s drawn charge toward the end of the Iowa State game is ridiculous.

I don’t even care that it makes me an Ohio State homer to say this. It took zoomed-in still shots for all of us to realize it was the wrong call, yet so many people seem to expect the refs to be able to see the play and make the right call at live speed with guys flying all over the place. Besides, why is it a foregone conclusion that Iowa State would’ve won had Craft been called for a block? There was still 1:41 left in the game and the Cyclones would’ve had a three- or four-point lead, depending on Will Clyburn’s hypothetical bonus free throw. A three- or four-point lead is definitely better than a one-point lead, but come on — it’s not like Ohio State coming back from down four would’ve been that unrealistic. It was the wrong call, it was an important call, and it most certainly hurt Iowa State’s chances of winning, but it was also a really tough call to make in real time, and it wasn’t a game-deciding call.

3. Referees have no idea what they’re supposed to look for on charge/block calls.

This has always been the toughest call to make in basketball, but ever since the NCAA implemented the restricted area arc, the problem has gotten worse. It seems that some refs only care about whether the defender is inside the arc, while others seem to forget what the arc is for. As a result, defenders who are still moving their feet but who are outside the arc get calls in their favor, as do guys who are perfectly still but have a foot inside the restricted area.

Oh, and Frank Haith. Don’t forget about him.

5. America hit a home run with the “Shocker” puns after Wichita State upset Gonzaga.
Pat yourselves on the back, America. You really stepped up to the plate and knocked it out of the park Saturday night. As the Wichita State-Gonzaga game was coming to a close, two thoughts came to mind: Does anyone realize that Wichita State’s nickname is the name of a sexual act that junior high kids like to make jokes about? And does anyone realize that, considering Gonzaga is a 1-seed and Wichita State is a 9-seed, this game could be described as a “shocker”? By god, America, you answered both of these questions via Twitter and Facebook, and the results are in: Every person on earth realizes both of these things. Bravo, everybody. Go ahead and take the rest of the week off.

6. Coach K’s halftime interview wasn’t as big of a deal as I thought it would be.

For the unaware, Coach K typically makes one of his assistant coaches handle the interview as Duke heads into the locker room for halftime. He’s one of the only coaches in the country who does this, and he does it because he believes his attention should be focused on the game. If Florida Gulf Coast coach Andy Enfield did the same thing, everyone would applaud him for “putting his kids first,” but since it’s Coach K and Duke, we all make fun of him for being too full of himself to take 10 seconds to answer questions. Anyway, I’m not sure what it means that Coach K decided to do a halftime interview during Duke’s games against Albany and Creighton. But I know this much: It was every bit as boring as when his assistants do it.

7. I’m taking out a restraining order on my parents that will only be enforced during Ohio State’s NCAA tournament games.

I’m not that superstitious, but when Iowa State took a late lead over the Buckeyes after Ohio State had looked like they’d run away with a win earlier in the game, I momentarily considered murdering my parents. Here’s why: From 2010 to 2012, I watched exactly three Ohio State basketball games with my mom and dad. All three were NCAA tournament games, and the Buckeyes lost all three. On Sunday, I watched my fourth Ohio State basketball game with my parents. And if it wasn’t for Aaron Craft’s heroics, this game may have been yet another NCAA tournament loss for my alma mater. Even though things worked out this time around, I’m done tempting fate. In fact, from now on I might not talk to my mom or dad in the 24 hours leading up to every Ohio State tournament game. It’s just too risky.

8. The Southwest commercial is my pick for the most annoying commercial of the 2013 tourney.

Last Thursday, I predicted the most annoying commercial of this year’s tournament would reveal itself before the first game was even over. Since then, my Twitter account has been dominated by nominations for the annoying commercial title. The leading vote-getter has been the Bud Light blind date ad that’s shown every five minutes and features a completely unrealistic conversation between two obnoxiously hip thirtysomethings. But the popular vote doesn’t count here, and although I hate that commercial just as much as the next guy does, I’m going with a different one. The most annoying commercial is Southwest’s ad featuring “Some Nights.” It’s pompous in a way that just chomps away at my soul. It’s not in-your-face annoying like the “IT STARTED WITH A WHISPER” commercial from last year. Instead it’s a kind of annoying ad that says: “Let’s pretend that what we do is the most compelling and important thing in the world instead of acknowledging that we’re the airline poor college kids use when they go on spring break.”1 Which, in case you’re wondering, is the worst kind of annoying.

Although, now that I think about it, if I’m going to get mad about self-aggrandizing commercials, the NCAA spots that claim the NCAA is “always there for student-athletes” should probably take the cake. I’m still trying to figure out if we’re supposed to laugh at those or be enraged.

9. Aaron Craft, Victor Oladipo, and Shane Larkin were as clutch as it gets.

When a guy hits a 3 with 0.2 seconds left to give his team the win and an argument can be made that two other shots that day were more clutch than his game-winner, you know it was a good day of basketball.2

10. Khalif Wyatt is my favorite player in college basketball.

Well, I guess he was my favorite player in college basketball now that his career is over. Still, the point remains — if I could choose one guy who played this season and watch him go through his college career all over again, I’d pick Wyatt and there isn’t a close second. Despite being — as was the case in almost every game he played this year — the least athletic player on the floor during much of his two tournament games,3 Wyatt scored 31 points in each game. If it wasn’t for Oladipo, he would’ve single-handedly carried Temple to the Sweet 16. Considering that only two of Wyatt’s teammates made even one field goal, Temple probably would’ve lost by 100 if Wyatt hadn’t played hero ball all game against Indiana. It defies logic how good he is and I’m such a fan that I’m seriously considering moving to Philadelphia and doing whatever it takes to get on his church league team.

I know his name isn’t something crazy like the St. John’s duo of Sir’Dominic Pointer and God’sgift Achiuwa, but it’s still my favorite. I laugh every time I hear announcers say “Reginald Buckner” because if I didn’t know it was true, I’d never believe that a 21-year-old college basketball player in 2013 would have such a name. It sounds like the name of a Civil War general, a high school, or a deviant sex act. In fact, I’d be willing to bet that in 1843 there was a small-town sheriff somewhere in America named Reginald Buckner. He was probably as crooked as they came and constantly said things like, “You’re not from ’round here, are ya, boy?” when he broke up bar fights. He walked with a limp because he got shot in the leg a few years back while dueling with some outlaw who rolled through town looking for trouble. He spit, he cussed, and he did whatever he damn well pleased because the only woman he’d ever loved was his mother, and she died of dysentery during the drought of ’32.

And then, 170 years later, he played forward for the Ole Miss Rebels.

12. Florida Gulf Coast is the most fun team in NCAA tournament history.

I don’t care that this is totally unverifiable. And I don’t care that I’m probably just wrapped up in the moment. I’ve never had so much fun cheering for a team I have no affiliation with. And it’s not just because they’re a 15-seed. Sure, I probably wouldn’t lose my mind over all the no-look lobs the Eagles throw if they were a 1-seed or their jerseys said “Duke” instead of “FGCU.” But my excitement has less to do with them being underdogs and more to do with them playing like they’re in an all-star game, not to mention that they have the best bench reactions in the history of basketball. If you knew nothing about college basketball and didn’t know what seeds the teams were, you’d think FGCU was the best team in the country. And honestly, at this point it wouldn’t surprise me that much if in two weeks they actually become that.