The Winners’ History of Rock and Roll, Part 6: Linkin Park 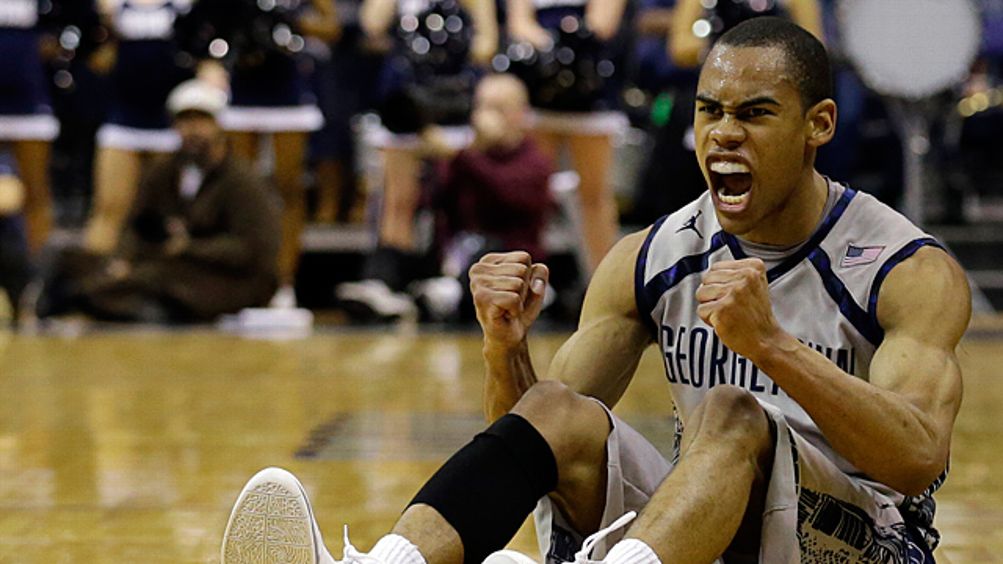 At halftime of a game between Marquette and Georgetown that was the ugliest thing to hit Washington since the Nixon tapes, I fell into conversation with Kevin Stacom, the last Irish basketball poet now that Jim Carroll’s dead. Stacom is a scout for the Dallas Mavericks, but 40 years ago this season, he was what would today be called a 2-guard on a Providence College team that made the Final Four, and featured not only Ernie DiGregorio, who is still the nearest thing to Bob Cousy we ever saw since the original, but also Marvin Barnes, who is the only Marvin Barnes we ever will have. (It also featured one forward named Nehru, and another one named Fran Costello, whom the IRA would have hired on sight.) The team ran and shot and was completely charming, and would have beaten Memphis State had Barnes not popped a knee before halftime. Stacom and I had a long chat about the state of college basketball, which was being whipped into a pudding by the two teams Monday night.

“Every practice,” Stacom said, “looks like a dance class. ‘You go here. You go there.'”

“Nobody plays basketball in practice anymore,” I told him. “It’s getting like football practice.”

Georgetown won, 63-55, on Monday in a game featuring a statistical landfill that would qualify as a Superfund site. Marquette had 20 field goals and 19 turnovers. They shot 47 percent in the first half, as opposed to Georgetown’s 39 percent, and still trailed by 10 because they had exactly two offensive rebounds. “They scored 50 percent of their points on layups,” said Marquette coach Buzz Williams, digging hard for the pony he knew was under the pile somewhere. “And they still shot 39 percent from the field. A lot of those layups were coming off our turnovers. Something’s haywire somewhere.”

A choppy, inchoate game is perfectly in keeping with the way the season has run so far this year, with the no. 1 spot being handed around between four teams, half of whom hang on for about a week or so before bungling it away to someone else. To me, playing at its best, Indiana still looks like the best team in the country because it looks more comfortable running a conventional fast break than most of the other teams reckoned to be the best. But Indiana also gave up an uncontested layup to lose to Illinois before handling Ohio State easily in Columbus. Louisville drilled Marquette at home and Rutgers on the road, and then went up to Notre Dame and got beat after five overtimes.

As the game was a perfect fractal view of the season, the season, of course, is a perfect fractal view of what’s going on in college basketball, generally. The sport has lost its logic. It has lapsed into incoherence, and nowhere more obviously than in the Big East, once the premier conference in the country, and now a listing hulk that everyone expects to be demolished and sold for parts in the very near future. As usual, football is the culprit. Once the league determined that it would have a football conference, it doomed its internal politics because the investment it takes to run a football program always will become the great gravitational center of a sports enterprise. So, now, the big football schools, both the original members like Syracuse and arriviste members like West Virginia, are peeling off to conferences with more money to sling around. The remaining schools are trying to put together what is jokingly called a “Catholic conference” for basketball, but which is still likely to be called the Big East, and the idea is a pretty sound one, especially if they can sign up those heathen bastards from Butler. (There’s also some loose talk about Gonzaga, but the idea of mid-February three-time-zones-east road trips should put the kibosh on that pretty quickly, particularly after the weekend we just had.) If you were to take the Catholic schools presently in the Big East — Georgetown, Marquette, Villanova, Seton Hall, Providence, DePaul, and St. John’s — and add, say, Xavier, Dayton, Butler, and, what the hell, Saint Joseph’s, you would have a serious league, and one that would be united in its history the way that the original Big East was, back in the days right after Kevin Stacom and Ernie D and Marvin ran people off the court, when things all made sense. 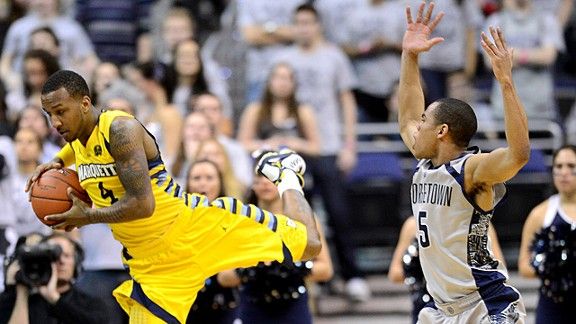 The coach of that Providence team was the late Dave Gavitt, and if you want to know why the Big East succeeded, it’s because it was the brainchild of the only coach ever to get Marvin Barnes to play for him. After that, wrangling various administrators into a new conference was an easy job. First of all, history always was the foundation of the Big East’s original appeal. The schools invited to participate by Gavitt back in 1979 had been playing each other for years, within the semi-formal structure of the old ECAC sectional groupings or as independents. They were a league in all but name and administrative detail. (This was why little Holy Cross also got an invite, which the school turned down, radically changing forever the nature of its intercollegiate athletics, and for the better.) Georgetown played Syracuse for the first time in 1929, Villanova for the first time in 1921, Pittsburgh for the first time in 1911, and Seton Hall and St. John’s for the first time in 1909. All the Big East did was to place ancient basketball rivalries into a formal league structure and turn the accumulated enthusiasm the teams all had for beating each other loose on a grander stage. When the league planted its conference tournament permanently in Madison Square Garden, the historical continuum was complete. One Madison Square Garden or another had been vitally important to basketball in the East, for good and ill, for almost a century, and the league tournament became one of the hottest tickets in town.

Throughout the 1980s, the Big East and its personalities prospered. Born in on-campus facilities like Georgetown’s McDonough Gym and Syracuse’s Manley Field House, the league moved into bigger arenas. Personalities exploded. Patrick Ewing. Chris Mullin. Send-It-In Jerome Lane. (And, to be fair, the great broadcast team of Mike Gorman and Bill Raftery.) I will never forget the night in Providence when it looked like John Thompson and Rick Pitino were about to come to blows, or watching Pearl Washington light up the Hoyas in a Big East final, only to have Syracuse lose at least in part because an official took back a technical foul called on a Georgetown player in the full view of everyone in the Garden, including Syracuse coach Jim Boeheim, who livened up the postgame press conference by throwing a chair across the podium. The sudden emergence of the Big East troubled executives in other leagues, most notably in the ACC, where, quite frankly, a lot of the grassroots resistance I heard came from run-of-the-mill anti-Catholic nativist bigotry. In the main, however, the Big East was resented because it was big and loud and people paid attention to it.

(I am not exaggerating when I say that, back in the 1980s, you could still hear snarking from people around the country about Eastern schools playing in the sinful confines of Madison Square Garden, and the point-shaving scandals of the 1950s and 1960s. Somehow, the involvement of North Carolina in the latter scandals was lost to history.)

For all the grumbling that came from Southern traditionalists, this was a league that grew from historical roots at least as deep and lasting as any that existed on Tobacco Road. It couldn’t last, of course. A decade later, the Big East succumbed to football, which is the heroin of college sports, bringing in Rutgers, West Virginia, Virginia Tech, Miami, and Temple to join charter members Syracuse, Connecticut, and Boston College. The Big East football conference could not coexist with the basketball conference and, by 2003, the ACC was picking off Miami, BC, and Virginia Tech and causing the league to bring in schools like Cincinnati and Louisville for football and basketball, and DePaul and Marquette strictly for basketball. (Even these latter two had some existing connection with the original Big East basketball schools. Georgetown had been playing DePaul fairly regularly going back to the 1940s.) But the creation of a Big East football conference, and the expansion of the basketball league that was its inevitable consequence, created an instability that grew worse over time. Recently, both Boise State and TCU planned to joined the league and then bailed out without playing a game.

Monday night’s game was a splintered one without any flow. The Big East right now is a splintered league in a sport that is constantly splintering and re-forming itself. All of which leaves Marquette and Georgetown, and all the rest of us, where we are today, with the league starting to fade into the shadows, and something vague and undefined rising to take its place, something that might in every sense keep the faith in the history of the Big East that was buried unceremoniously in various end zones.

Filed Under: Big East, College Sports, Teams, The U