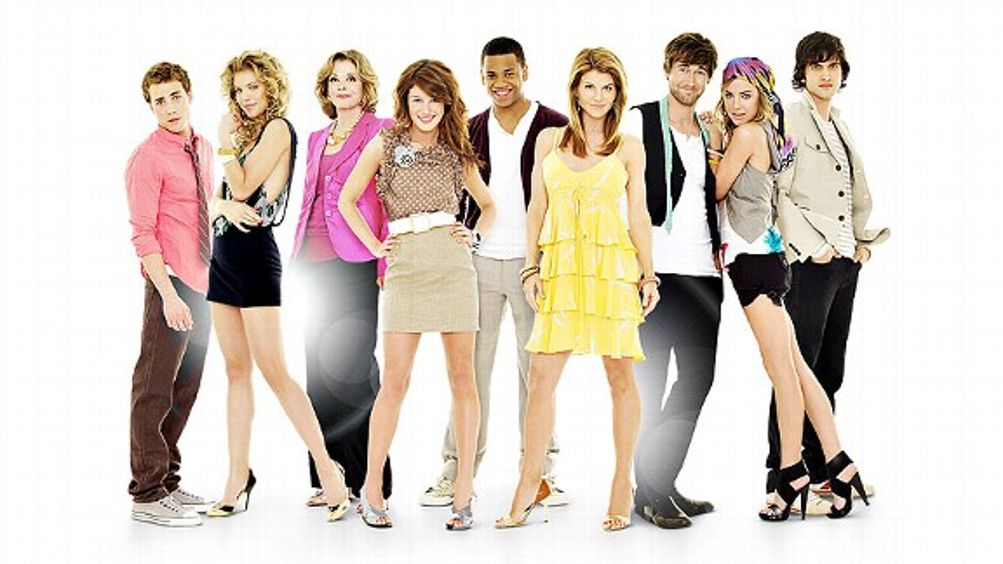 There’s a TV show I’ve been watching for years that I’m somewhat reluctant to talk about. It’s not that it’s offensive or embarrassing to discuss publicly, because there no longer is such a thing as a TV show that’s too offensive or embarrassing to discuss publicly. Shows that might’ve once fit that description now pop up most often in casual conversation; on the scale of universal small-talk topics, there’s the weather, the local sports team, and then whatever patently cheesy TV talent competition or culture-cheapening reality show that happens to be in vogue at the moment. Or let’s say you watch something really bad, like that awful-looking Tim Allen sitcom about how the guy from Home Improvement became even less funny 20 years later. Somebody is being paid to write 1,000 words (or more) on that show every week somewhere online. We live in a time where television shows are covered with the kind of veracity and thoroughness once associated with IRS auditors driven by politically motivated vendettas. The only TV-related shame these days is not being able to contribute to in-depth workplace postmortems on the previous night’s installment of Toddlers & Tiaras or Work It.

No, the problem with the particular TV show I’m (reluctantly) talking about is that I can almost guarantee that you don’t care about it. It’s not just that the show has low ratings (though it does) or that no media outlet (that I can find anyway) is currently recapping it on a weekly basis. There’s a wealth of data — some scientific and some anecdotal — suggesting this show might be the least cared-about program in all of television. (At least among shows with a reasonable expectation of being cared about.) This is obviously an arguable assertion, but I’m confident that I can confirm it with one simple question.

Let me clarify: I’m talking about the new 90210, the one that airs on the CW every Tuesday night. (It returns January 17.) You know, the remake of the iconic ’90s teen drama Beverly Hills 90210 that’s been on the air since 2008. Still not ringing a bell? Here’s a quick rundown of the main characters. (It’s highly likely that your eyes are already glazing over, so feel free to skip ahead.)

Before we go any further, let’s address another, perhaps more pertinent question: Why does any of this matter? The simple answer is: It doesn’t. The more complicated answer is that one of the great television franchises of all time no longer matters, which illustrates what happens when a purely nostalgic product outlasts the nostalgia that necessitated its existence.

It also makes me feel awfully lonely, because to my own amazement I’ve seen practically every episode of 90210.

I started watching 90210 more than three years ago because I was a fan of the original, though not until near the end of the show’s run in the late ’90s, when I was in college. When it was at the height of its popularity several years earlier, 90210 inflamed all my insecurities, depicting all the sex, parties, and immaculately perfect complexions that I was not experiencing as a deeply unsexy, non-sideburned middle schooler. It wasn’t until much later that I was able to watch 90210 without feeling like it was somehow critiquing me and my horribly nerdy existence. Only then could I enjoy the escapism of watching 28-year-olds act like high school seniors. (By the time I turned 28, I learned this was surprisingly true-to-life.)

Thankfully, my wife has watched 90210 with me for the past three and a half seasons, so I’m not totally alone. I wouldn’t say we watch 90210 ironically; it’s more like we watch it socially. There are shows you watch because they are great, and because you also want to participate in the cultural conversation those shows inspire. There’s cachet in being able to recognize (or make) a knowing reference to Gus Fring or Omar Little, and people are willing to invest hours of free time in order to earn that cachet. But with a show like 90210, which has no cachet, you can watch without really watching. The best part of a typical 90210 viewing experience is the conversation that takes place between my wife and me during the episode, which may or may not have anything to do with the episode. I’m not sure I could pass a reasonably difficult trivia quiz about the show’s characters and plot points. (Though I do know my wife and I both hate Adrianna.) But I feel closer to her while watching 90210 than I do during, say, Mad Men or Breaking Bad, both of which inspire shared stony silence (punctuated by occasional gasps of shock or exasperation) that puts us into separate, miles-apart headspaces. (We’ve also never planned a week’s worth of meals while watching those shows.)

Of the four kinds of television remakes, two have nothing to do with 90210 — there’s the remake of a popular overseas (typically British) show, like The Office or American Idol (which originated from Britain’s Pop Idol); and the full-scale reboot of an old show with a completely different feel and level of sophistication from the original, like Battlestar Galactica or Knight Rider (which attempted a reboot unsuccessfully). 90210 is a hybrid of the other two kinds of remakes — it started off as a spinoff in the mold of Saved by the Bell: The New Class, which featured a new cast of kids playing off the two wackiest (and seemingly cognitively disabled) characters from the original, Principal Belding and Screech. When 90210 debuted in the fall of 2008 and scored the best ratings of its entire run (so far, anyway), it included original cast members Jennie Garth, Shannen Doherty, and the aforementioned Joe E. Tata, who played Peach Pit proprietor Nat, as well as a guest appearance from Tori Spelling later on. But as the show progressed, 90210 shifted into a remake similar to CBS’ hit crime drama Hawaii Five-0, which retains the title and locale of the ’60s series and nothing else. It is a remake in name only.

“Basically no TV remakes have succeeded.” That’s according to Todd VanDerWerff, my colleague at The A.V. Club and editor of our insanely comprehensive TV Club section, which currently runs weekly reviews of around 50 shows. (More than 100 shows are in regular rotation.)

“Battlestar Galactica did, but it was never a ratings smash, and it was a takeoff of a show with a good premise but faulty execution, which left plenty of room for new writers to play around,” Todd told me. “Hawaii Five-0 is a hit, in that it’s on CBS, where everything’s a hit, but it hasn’t been as big as the network hoped for. A few overseas remakes have worked, but it’s not like a huge number of American viewers had fond memories of the original Ugly Betty, and the few who did have happy memories of the original Office — myself included — gave the remake a higher hurdle to clear than it probably would have had otherwise.”

Todd can talk authoritatively about shows that you’d assume nobody watches, like that Tim Allen sitcom Last Man Standing — not to mention dreck like Still Standing, Who’s Still Standing?, and, I assume, whatever shitty show in the future has “standing” in the title. Of those 50 shows currently being reviewed at the TV Club, Todd writes about a dozen or so himself. And yet he’s never seen an episode of 90210; it is “the only show on the big five networks I’ve never seen a single episode of,” he said. “This isn’t wholly intentional, though it’s slowly becoming intentional, because I like the idea of having this one show that’s a complete and utter mystery to me when people talk about it. It’s just a show I’ve never had to watch to be up with what was happening in the world of TV, and the one time when it was relevant — its 2008 debut — was the one fall when I wasn’t working on some level as a TV critic, so I never felt the need to catch up.”

About 1.5 million people watch 90210 every week. That’s a pretty low number, though not quite as low as you might think. It’s less than 10 percent of the audience for The Big Bang Theory, one of America’s most popular shows, but it’s only a few hundred thousand less than The Daily Show, and only 400,000 less than the most recent season of Breaking Bad. It’s actually twice as high as the series debut of Portlandia, but that doesn’t matter, because people talk about those shows and nobody talks about 90210. Like Todd says, 90210 is not relevant — and that has as much to do with its media profile as its viewership.

During its 10-year run of nearly 300 episodes, Beverly Hills 90210 never once cracked the Top 40 of the Nielsen ratings. And yet at the peak of its popularity it had as much relevance as any show on television. A Rolling Stone cover story from 1992 spoke of the show’s “massive, Jihad-like following” and the “devoted cult following that grew into a national youth movement.” Around the same time, Jason Priestley hosted Saturday Night Live, Ian Ziering was invited to shoot guns with national hero Norman Schwarzkopf, and Shannen Doherty inspired ‘zines devoted solely to expressing how hateful she was. There was a fraction as much media committed to covering TV as there is now, but Beverly Hills 90210 still lapped 90210 in terms of buzz many times over.

Todd suggested that remakes are stifled in part by memories people have of the originals. But one reason remakes exist in the first place is nostalgia. (The other reason is laziness.) People are nostalgic for things they once loved but came to see as passé, which is what caused those things to fade away only to be brought back after the normative waiting period of 20 or so years. (This period appears to be shrinking as media cycles accelerate.) Every time a remake is attempted, the hope is that the audience will either (1) realize they were wrong to ever think that what they once loved was passé, or (2) love it because it is passé. But what happens after that, when it goes back to being passé in the old, uninteresting sense?

Appropriately enough, 90210 is a show that viewers prefer to enjoy in retrospect rather than in the present.

Surely there are teens who watch 90210 that have no personal relationship to Beverly Hills 90210. But their friends are watching high school dramas about vampires and werewolves. The other kind of little monsters — the ones who drive sports cars and develop eating disorders and witness underdeveloped minor characters shoot themselves in the face — are disappearing. Teen dramas influenced by Beverly Hills 90210 have gone the way of prime-time Westerns and Cro-Magnons like Lou Ferrigno becoming legit TV stars.

An interesting footnote about 90210 is that the show owes its continued existence to DVRs; apparently, its playback ratings sometimes are higher than broadcast, which played into the CW’s decision to renew it for a fourth season. Appropriately enough, 90210 is a show that viewers prefer to enjoy in retrospect rather than in the present.

As for me, I’m not sure if I can hang in with 90210 much longer. My wife and I don’t seem to enjoy it anymore. We just sit there and watch it restlessly. I’ve grown nostalgic for the conversations we used to have when not watching it.

Previously from Steven Hyden:
We Are All ‘Closing Time’: Why Semisonic’s 1998 Hit Still Resonates