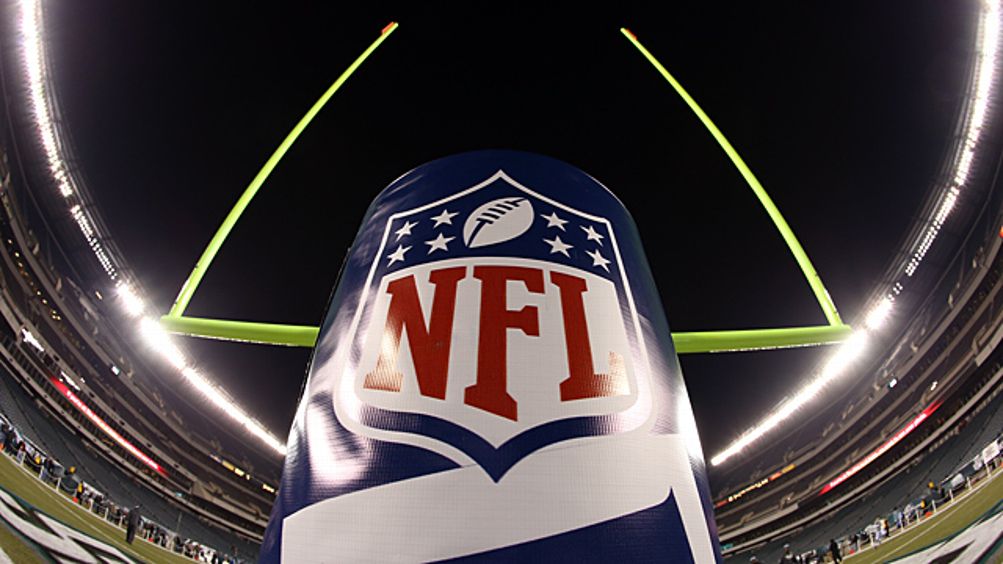 The National Football League is just now stirring from the approximately 11 seconds of hibernation that it allows itself each year. As usual, it is coming awake slowly, wiping the initials out of its eyes, OTAs and all the like. The players are all in T-shirts and shorts. The coaches do not yet look like fugitives from a Turkish prison. By and large, everyone is upright. Everyone is smiling. Somewhere in the bowels of the medical facilities around the league are unopened boxes of tape and racks of shiny syringes that have not yet been used. This is how the NFL begins its year, every year. This is how the savagery begins, in T-shirts and shorts, in the sunshine and the spring breezes and the lilacs hanging over the chain-link fence. This is how the savagery begins.

Euphemism is no longer adequate. Euphemism is, in fact, an insult to our collective intelligence and a cruel mockery of our collective morality. At its highest and most lucrative level — at the very apex of its slow dance with the institutions of American corporate power — it is at its most savage, which is fitting, because we are in an age of organized (if somewhat more polite) corporate savagery unseen since the days of Jay Gould and the rest of the Gilded Age brigands. Euphemism is no longer sufficient camouflage. Football is about breaking human beings, preferably on the cheap, and replacing them with human beings who, for the moment, are unbroken — or, at least, less broken. The only even remotely interesting question remaining is whether the nation can simply admit this to itself and — if having done so honestly — whether it can live as an ethical and moral culture in which the savagery is allowed to prosper.

There really are no other questions left. For a long while, the league was able to mask the fact that the destruction of the human body was as central to its fundamental structure as that destruction ever was to, say, boxing. For a long while, the libertarian argument seemed to prevail; yes, the argument went, we concede the savagery and the destruction but, to paraphrase Hyman Roth, this is the business they have chosen. Both of those strategies have run their course. Scientific evidence continues to overwhelm any attempts to spin what happens to a human being over the course of a career playing football. And there comes a point at which the libertarian argument runs headlong into the question of whether it is moral for a society to allow people to commit slow-motion suicide for the purposes of mass entertainment. That leaves us with the question of what we will tolerate as an ethical and moral culture, and why. And that is the question that the NFL must answer in a whole host of areas regarding the safety and health of its employees, lest one day it get an answer that it will not like very much.

A few days ago, Sally Jenkins and Rick Maese of the Washington Post wrote a long, stunning piece about one of the NFL’s most conspicuous failures in this regard — namely, its catastrophic lack of long-term insurance coverage for its retired players. Jenkins and Maese brilliantly limn how NFL owners have arranged to game the players out of coverage that every moral and ethical standard imaginable says they deserve. (In California, the owners are lining up behind a workers’ compensation bill that, if passed, virtually guarantees that coverage for former NFL players will fall on the Social Security system, or on Medicare.) Players are faced with endless litigation; often, it seems, the team doctors who once made sure they could return to the field despite injuries that would have kept the rest of us in bed for a month turn up as witnesses against them, which is going to give those doctors something interesting to discuss with Hippocrates in the Hereafter. It’s systematized obfuscation of the only question that still demands a clear answer.

In doing this, of course, the NFL owners, most of whom ascended to the country’s corporate class during the de-unionization and deregulation of the past 35 years, are behaving the way you would expect the members of that class to behave. For example, when Jenkins and Maese point out that the failure of the NFL to cover its former players adequately for the long term ultimately causes the burden of that coverage to fall on the taxpayers, they might just as well be talking about Walmart as about, say, the Cincinnati Bengals.

Playing in the NFL for almost any length of time means hurling oneself into an avalanche of future symptoms. The really bad dogs in the fight — Alzheimer’s, or ALS, or Parkinson’s — might not show up until years after the window for filing claims has closed in most states, but you’d have to be stupid or a sociopath not to admit that playing in the NFL was at least partly responsible for those conditions no matter how long after a player’s retirement they manifested themselves. Somewhere, in its dark heart, the NFL has always known what it is. Ever since Pete Rozelle married it to television, and to corporate America, and to the vast universe of suckers that makes up the audience for both of those, the NFL has sought to deny the barbarian in its soul. It put him in a suit. It gave him a flag to wave. And it pretended for a long time that it had civilized him.

In The National Forgotten League, writer Dan Daly’s essential — and very often hilarious — history of the NFL in its iron-men-and-wooden-ships decades, he includes an interview with Dr. Harry A. March, the first general manager of the New York football Giants and (probably) the author of the first book on professional football. In the interview, Dr. March is quite candid about the disposability of the commodities that actually played the game.

“A player is as good as his legs,” Dr. March opines. “Of course, some brains are essential.” Further, he maintains that the club should have the whip hand over the player for the player’s own good, because, frankly, the player is to be considered rather dim.

“The reserve clause is absolutely necessary for the preservation of any league,” Dr. March concludes. “We admit that this privilege has been abused and some injustices have been done. But on the whole, this reserve clause is rightly and fairly administered and many times it is for the player’s own benefit. Men are but children of larger growth, and there are a lot of saps among professional athletes; if you don’t think so, meet a dozen, and see how many you would wish as a business partner.”

For years, smoothed out and starched up, this was the essence of the relationship between a player and his team, as far as NFL ownership was concerned, anyway. In the days when people like Dr. March were running things, there was a fundamental honesty to the transaction. Nobody pretended to be anything more than he was. There wasn’t what we have today, a massive, glittering corporate façade built atop an endlessly churning charnel house. We didn’t have a multibillion-dollar enterprise trying to dive through every available loophole to get out from under having to pay the bills for the bodies it ruined. We didn’t have a multibillion-dollar enterprise crying poor mouth in court in front of former employees who may not have the cognitive ability left to realize how badly they’ve been cheated.

In every sport, there is a tension between the old renegade violence and the modern streamlined image machinery. You see this tension pop up in various ways: every time there is an argument about fighting in hockey, say, or every time there is a beanball brawl in baseball. But all of these arguments are fought in a context in which both sides know that the old days are gone, and that the violent past emerges now only as a kind of vestigial event, an unruly spasm of the sport’s deep lizard brain. But the essential violence of football remains unchanged, no matter how much money it produces, or how many corporate partners it attracts. The savagery remains unchanged, no matter how many people sit in how many luxury boxes and how many zeroes get tacked onto the final figures in a television contract. The NFL exists because it has struck a moral and ethical bargain with the culture that the culture can tolerate. This bargain is in no way permanent. This balance is not struck forever. This is a perilous time for the NFL, and it should keep up its end of the bargain scrupulously and err always on the side of caution. People will not watch the flag forever without noticing the barbarian who waves it.