The Ballad of CM Punk 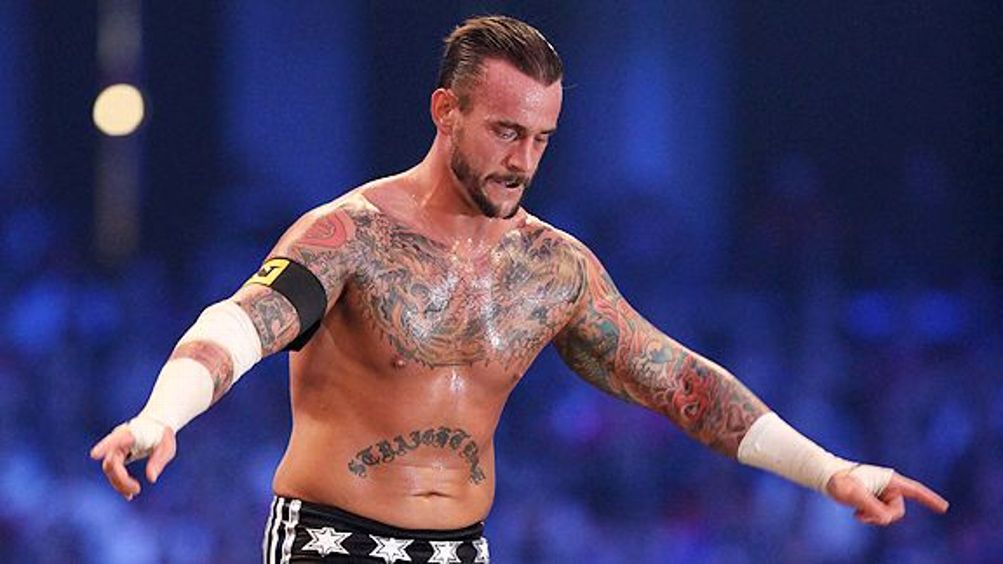 So what the hell happened Monday night?

Let’s recap: Sometime around midnight, WWE.com released a statement announcing that CM Punk had been suspended indefinitely, and that with his contract three weeks from expiring his WWE career was presumably done. Punk’s profile was removed from WWE.com — the ultimate indignity in the web-based wrestling world.

This comes after Punk barged in on Monday-night Raw‘s main event between John Cena and R-Truth and cost Cena the victory. While Cena grappled with Punk in the middle of the ring, Truth tackled Cena through a folding table to score the win. But, of course, “unlicensed” interference in matches isn’t exactly a punishable offence in wrestling unreality. What got him “suspended” was what came after.

With Cena lying half-broken in the ring, Punk walked to the top of the entrance ramp, sat down cross-legged, and proceeded to issue one of the most defiant fourth-wall-breaking monologues in wrestling history.1

He started off by calling himself the “best in the world” and called Cena — and Hulk Hogan, and The Rock, whom he persistently called “Dwayne” — ass-kissers. He complained that he isn’t used on promotional materials the way Cena is.2 He said that the fans’ complicity in the whole commercial enterprise is what drove him over the edge. This part was less meta-affectation and more straightforward bad -guy posturing: “You’re the ones that buy those programs that my face isn’t on the cover of, and then at five in the morning at the airport, you try to shove it in my face thinking you can get an autograph and sell it on eBay because you’re too lazy to get a real job.” He said the fact that “Dwayne” is already scheduled for next year’s WrestleMania makes him sick, and that when he wins the title at the next pay-per-view event, he would take it with him to New Japan or Ring of Honor.3 He said that Vince McMahon has hurt himself and the company by surrounding himself with “glad-handing nonsensical douchebag4 yes-men like John Lauranitis,” the WWE head of talent relations who’s notorious for choosing muscles over talent. And finally, the coup de grace: “I’d like to think that maybe this company would be better after Vince McMahon is dead, but the fact is it’s gonna get taken over by his idiotic daughter and his doofus son-in-law [wrestler Triple H] and the rest of his stupid family.”

When he was cut off, Punk was starting to tell a “personal story” about McMahon and the anti-bullying commercials that the WWE has been running lately. Instead, the mic went dead and the screen went black. This is a staple of the pro wrestling “worked shoot” promo — when a wrestler seemingly goes off script and breaks down the fourth wall in addressing the audience (this is a “shoot”), but when in reality the whole thing is part of the script (thus it’s “worked”).

The “worked shoot” is a vital part of wrestling. Fans are in on the joke — they always have been, more or less — but in the modern era, it’s necessary to wink a little more, to give the audience assurance that you’re in on this together.

The adage in pro wrestling is that if you’re seeing something on TV, it’s because you’re supposed to be seeing it. It’s a testament to Punk that everyone who watched Monday night was confused as to whether or not they were seeing something “real.” Punk wasn’t winking at the audience — he was waving at it, broadly and literally. He wasn’t merely connecting with average viewers by breaking down the fourth wall — he was voicing the concerns of the entire audience.

It’s important to note that Punk prefaced his monologue by interfering in a match. Most of the time, worked shoots occur away from the in-ring action, since such pseudoviolence is implicitly what they’re calling into question. But Punk situated his speech within pro wrestling reality. While insisting that he was breaking down the fourth wall, Punk was calculatedly buttressing it. His promo was less an annihilation of wrestling’s underpinnings than a shout-out to a bygone era when reality and “reality” were blurred and wrestling was more exciting.

They had the self-referential details down pat. Punk came out in a “Stone Cold” Steve Austin T-shirt, foreshadowing the anti-establishment outburst that was to come. It was also no mistake that Punk interrupted a tables match — a plain echo of ECW, functional originator of the shoot promo style.

For years, ECW was the lone voice in the wilderness, the company speaking truth to power about the failing of the wrestling industry. And, as the WWE co-opted their brash style, Steve Austin was the leader of its anything-goes movement. He stood opposite Vince McMahon5 in his everyman’s crusade against his asshole boss and the pro wrestling status quo.

Punk and Cena are natural adversaries because they’re two sides of the same coin. Cena is a cartoon, loved by kids and hated by adults; Punk is the counterculture, darling of the insiders who sneer at Cena’s mainstream. Punk has added a brilliant wrinkle to Austin’s anti-establishment character: he can attack the evil empire and still come off as a bad guy.

Punk has always styled himself as a truth-teller, a holier-than-thou prophet decrying human fallibility. But this posture has always been a put-on wrestling persona. By co-opting every legitimate criticism of the WWE, as he did Monday night, Punk refashioned himself from a simplistic messiah figure into an evil on-screen ombudsman.

What happened Monday night wasn’t unplanned. It may have been nominally unscripted, but wrestling promos are often delivered off the cuff. If the crises that Punk addressed Monday night were things that wrestling fans were happy to hear, it’s because of Punk’s tone and style as much as the substance. We miss ECW and we miss Steve Austin. Thus, Punk is fashioning himself into something new: a messiah of the Attitude Era.

We know that pulling his profile from the website was just a gesture. We know that this was a “work,” that it’s all part of the script. But what’s important is not what they can trick us into believing, it’s what they can make us want to believe.