The Most Hated College Basketball Players of the Last 30 Years 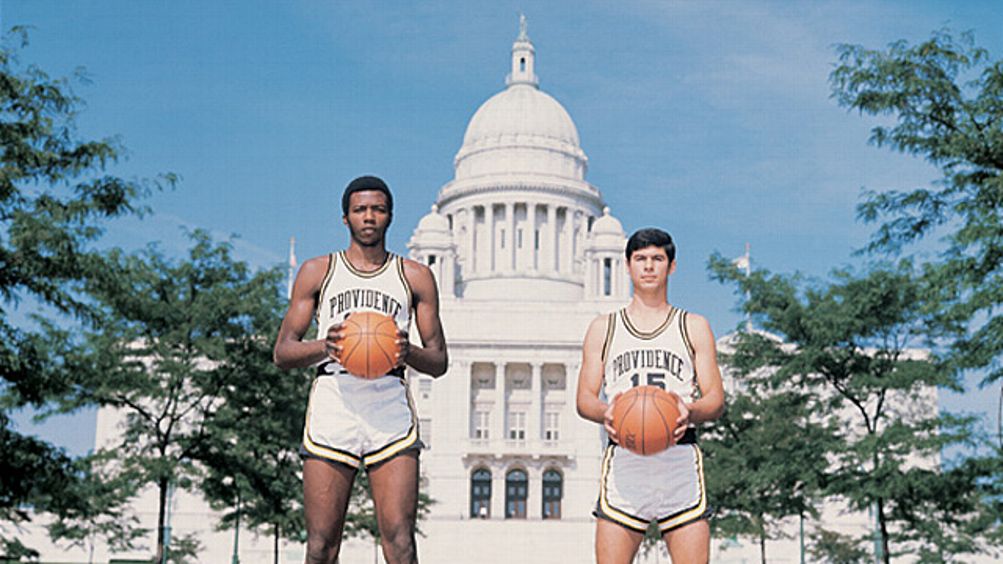 It’s the Saint’s weekend coming, God be good to him, and as such, let us recall 1973, which was a very good year for a great number of reasons, most of which are none of your damn business, thank you very much. But it was also the year in which, I believe, anyway, the Big East Conference, or at least its essential Hibernian ethos, was born in one of the greatest collections of mad angels ever to grace the Final Four. It is the 40th anniversary of the run put up by a Providence College team on which Marvin Barnes — MARVIN FREAKING BARNES! — was taxed for the pole position of being the most eccentric entry on a roster that contained, well, him, and we’ll get to him in a minute. Oh yes, we surely will. But we will begin with the late Dave Gavitt, who coached these guys, and who created the Big East, and probably much of what we recognize today as college basketball, now that I think about it.

He was a child of the Irish diaspora, the way Frank McGuire was, and the way all those players that Frank brought down to North Carolina and South Carolina with him were, all the kids named Kearns, and Roche, and Cremins. And the same way as were the other two McGuires, Dick and Al, and when Al got famous and described one player as being “faster than the 11:15 Mass at a summer resort,” there were people out in the country who thought that was funnier than a lot of other people did, because they’d actually been to a 11:15 Mass at a summer resort, and they knew that the liturgy ran at 78 rpm, generally because of tee times. Gavitt was one of these people. He was someone who knew the difference between a CYO team and a CCD team. East Coast basketball — at its high school and college levels — had a strong throughline of Irish papists running in its history, all those Catholic city schools for all those Catholic city dreamers. Send your kid to St. Joe’s, or the Cross, or PC. It was part of the immigrant bargain with a country that for a long while wasn’t sure whether it would live up to its end.

So Gavitt came to Providence, and he brought in Fran Costello, a tough forward with a face that Michael Collins would have hired on sight, and Kevin Stacom, a versatile and poetical guard. But he also brought in Ernie DiGregorio and Marvin Barnes, and that was where Gavitt’s own native poetry came into play. There never were two players more alike in their basic eccentricity, and so different in how that eccentricity manifested itself. Ernie was the lineal heir of Bob Cousy. (Pete Maravich had a lot of the same skills, but he was taller and a better shooter than either DiGregorio or Cousy.) He played the full court. There wasn’t a sliver of daylight through which he couldn’t thread a pass. The geometry of the game was different for him. He saw angles, acute and oblique, that nobody else saw because they were there only for a second, and then they were gone. His eccentricity was all in his play. The physical mathematics of his game were open only to his unique solutions.

Barnes was a prototypical big forward, as the position was evolving to suit the athletes now coming in to play it. (The most basic change in athletes in my lifetime — from Boris Becker to Karl Malone to Tony Gonzalez to LeBron James — is summed up in this phrase: big people who are also fast.) He was a tough cover, inside and out. This, of course, is not even to get into the fact that he was as strange a jamoke as ever laced ’em up. To mention only one of his problems, he was probably the world’s worst criminal; once, he tried to stick up a city bus while wearing his personalized high school championship jacket. Before that season even began, he allegedly assaulted a teammate with a tire iron at practice. (The facts on that remain in dispute, but Barnes pled out, and eventually got three years probation, which he violated after leaving PC by trying to bring an unloaded gun onto an airplane. That one bought him the first of several bids in the slammer.) But over that season, either through hectoring him or through one of the greatest novenas ever said by man, Gavitt got Barnes to play at his ability.

They stormed through the regular season. They dropped a game against lordly UCLA at Pauley Pavilion, 101-77, and still came away believing (a) they’d been hosed by referees intimidated by John Wooden, and (b) they could beat the Bruins no matter how good that Walton fellow was. They won their final 14 regular-season games, including a wild-assed televised affair at St. John’s in which Ernie put up 41. Costello won the game with one of the last one-handed set shots in recorded history. They got into the tournament and brushed aside Saint Joseph’s and Penn. In the latter game, Barnes went 10-for-10 from the floor, an NCAA record that stood until Kentucky’s Kenny Walker went 11-for-11 in 1986. That sent them in against Maryland for the East Regional final.

As it happens, I was watching the game in the 11th-floor television lounge of my dormitory at Marquette. The late Maurice Lucas also was there, the Warriors having been dispatched earlier that week by Indiana. What ensued was one of the greatest halves of college basketball ever played. DiGregorio scored 24 points in the opening 20 minutes, and he was all style. He whipped passes crosscourt, down the sideline, between his legs, and behind his back. He turned John Lucas, then an All-American point guard himself, into something approximating a deer trying to cross an interstate. At one point, Luke, who had been all over me about DiGregorio’s being “another hype,” leaned over and gave me his palm to slap. “I’m convinced,” he said. Nevertheless, Maryland led at the half by a hilarious 51-50, only to have Providence, behind DiGregorio, come flying out of the intermission, running up a quick 12-point lead. As it happened, Ernie fouled out with 13 minutes left, and Stacom and Barnes were left to run out the 103-89 final. (And, yes, children, college teams once scored like that with some regularity.) Amazingly enough, a week later, against Memphis State, they were even better, for a half anyway.

You tell me if anyone’s ever played better than that. The behind-the-back to Stacom for the wing jumper. The halfcourt whip-around to Barnes, splitting the defense down the lane. The behind-the-back to Stacom that got him a layup. The behind-the-back drop to Barnes, trailing the play. (Damn, I wish the dunk hadn’t been banned back then.) They all ran and they were all ready as soon as they got open because they all knew what was coming their way. Look at Stacom on that wing jumper. This is the way people used to play basketball, before all the motion and the clinics and the way every game now looks like a hockey match choreographed by Arthur Murray.

You will never see this again. You will never see a coach give his players this much freedom. (The 1990 UNLV team came close.) This is what Gavitt learned from being part of the basketball culture in which he was formed. This is why he could invent the Big East. Right there. Those clips. It didn’t last, of course. Late in the first half, Barnes banged knees with Memphis State’s Ronnie Robinson and couldn’t return, and that was just enough to sink Providence’s chances — though, to this day, Stacom and the rest of them will tell you how much they wanted UCLA again, on a neutral floor, with Ernie and Marvin running free. This is what was, and this is what’s lost, too.

The last Big East basketball championship will be contested on the eve of the Saint’s day, God bless his name, and that’s the kind of cosmic irony poets and renegades like. There are, of course, no poets left in basketball. There are only salesmen, some better and more entertaining than others. We’ve traded Yeats for Mamet, and I’m not entirely sure we got the better of the deal. And the Big East was part of the process that made college basketball too loud to hear what the poets were saying, so there’s a cosmic irony in that, too. But before it all starts again, it’s good to recall that, 40 years ago, things were different and a little more free, because that’s what everyone came to this country for in the first place.