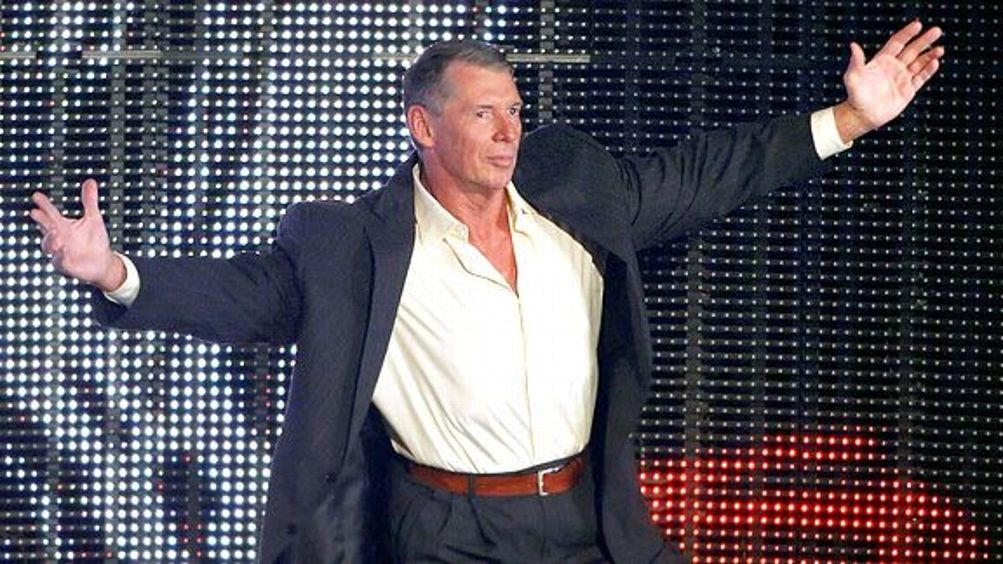 Everybody thinks they know exactly how this match should end. Don’t get me wrong — nobody agrees on how the John Cena-CM Punk WWE Championship match should end, and everybody’s excited to see what will happen, but everybody’s got an opinion. And that there’s no obvious outcome is a tribute to the players: Cena, Chairman Vince McMahon, and, most importantly, Punk.

Punk, the newly minted anti-establishment icon, began this episode by performing one of the great “worked shoots” in wrestling history, a six-minute diatribe that insulted the state of the WWE and questioned his place in such a company. Since then, McMahon and Cena — the cartoonish hip-hop superman and face of the WWE — have succeeded in bringing the conversation back to a more comfortably unreal spot. Vince suspended Punk and accused him of grandstanding to get a cushier contract, while Cena siphoned off some of Punk’s hype by demanding Vince reinstate Punk so fans could see the match. Vince relented, but told Cena that if Punk won, Cena would be fired. Punk has promised to defeat Cena then leave the WWE with the championship belt.1

“Money in the Bank” has fans more excited than just about any non-WrestleMania card I can remember, and rightly so. The Cena-Punk storyline has inspired so many online predictions and theories that it feels like wrestling’s answer to the last season of Lost. This storyline has broken into rare territory, somewhere between wrestling’s “reality” and fans’ hypothetical unreality. Let’s call it wrestling areality. But first, to understand what that mean and why it matters, a brief history lesson.

The two companies had been feuding since 1995, when WCW decided to chokeslam the WWF with owner Ted Turner’s checkbook. WCW signed away some of the WWF’s wrestlers and launched a new television show that ran directly opposite McMahon’s Monday Night Raw. The rivalry was compelling — both on-screen, as the two promotions made thinly veiled jabs at one another, and backstage, as their gambits with programming and personnel were documented widely by online fans — and unquestionably great for ratings. The WWF, for a change, played the underdog, as the familiar fan favorite squaring off against an impudent, deep-pocketed juggernaut in the WCW. After overtaking the WWF, Turner’s WCW dominated the ratings for more than 18 months, but, like a classic wrestling storyline the little guy eventually won. The WWF’s comeback sent WCW into a tailspin of desperate, half-cocked storytelling fueled by dubious management decisions. Once the insurgent had toppled its established enemy, WCW felt anxious, adrift, and in need of reinvention. AOL/Time-Warner put WCW up for sale in 2001 and, in a coup that remains shocking even today, McMahon bought his only rival for pennies on the dollar.

What came next was one of the most thoroughly bungled opportunities in wrestling history. Fans were salivating at the chance to see the best WWF and WCW talents square off. But it never happened, at least not the way fans imagined it. WCW’s top stars were under contract not to WCW but to the parent company. McMahon had the opportunity to take on any of their contracts, but instead he chose to let AOL/Time-Warner overpay guys such as Hulk Hogan, Kevin Nash, and Goldberg to sit at home. Meanwhile, McMahon did his best to extend the storyline of WCW as an insurrection within the WWF, even though he had only a handful of its more inspiring wrestlers to work with. It didn’t help that the story ended up being mostly about the McMahons, or that half the WCW guys seemed to have forgotten how to wrestle by the time they got to the WWF.2

Needless to say, fans were dissatisfied with the WCW Invasion storyline. A funny thing happened, though, on the way to disillusionment — wrestling fans mostly didn’t resort to straightforward complaint about the product, but instead to revisionism. A fair amount of “fantasy booking”3 had accompanied the news of the two companies’ merger. These were regular viewers’ fanciful takes on how they hoped events would play out. Now, though, viewers were turning back to those suggestions to vent about the perceived failure of the WWF’s writers. What mattered, suddenly, wasn’t so much the lackluster product on TV screens, but the disparity between that product and the many alternatives penned by message board denizens. Fantasy booking had existed long before 2001, but after the Invasion, imagining storylines and then second-guessing them became the liveliest form of wrestling discourse. Why consider the product on its own terms when you can instead review what might have been?

For the uninitiated: Recall the latter seasons of Lost, when everybody seemed to have a theory on the mythology and science undergirding the series. Entire websites devoted themselves to airing and revising such theories, and as time wore on, predictions that didn’t match the show’s progress were either discarded or expanded to encompass more possibilities. I remember reading one theory — I’ve forgotten it now, but I’m fairly sure it had to do with Schrodinger’s cat — and thinking to myself: “This has got to be it. Except that it would take 10 more seasons to explain all of it.”

Of course, when Lost ended it did so in a way that rendered almost every theory moot. Fans who had spent weeks pouring over the various possibilities were understandably upset; not justifiably upset, perhaps, since they weren’t judging the show on its own terms. Rather, they were complaining that it wasn’t the show they had imagined. Their expectations weren’t unrealistic, per se, but arealistic — they existed independent of the show’s reality. As with pro wrestling, this became an accepted form of evaluation. The fans’ objections were at once totally legitimate and totally unmoored from reality.

Little wonder, then, that Punk has prompted a renaissance of wrestling areality. Every fan seems to have a horse in the race — not a wrestler, but a theory they like best. The outcome of the match is almost secondary. Someone may “quit” or be “fired,”4 and Punk might walk away from the WWE with the championship strap in hand.5 We’ll all be tuning in for Cena-Punk, not necessarily to see what happens but to see if we knew how things were going to happen. It seems inevitable that a few people will call the outcome exactly (and gain some vague claim to having influenced WWE). The rest will be disappointed because the result they imagined was better than what the WWE actually produced.

Can Sunday’s show live up to expectations? Of course not. It’s impossible, because somewhere on the Internet, a better idea exists. That doesn’t mean, however, that it can’t be great on its own terms.

The Masked Man is David Shoemaker, author of the “Dead Wrestler of the Week“ column. You can follow him on twitter at @AKATheMaskedMan.