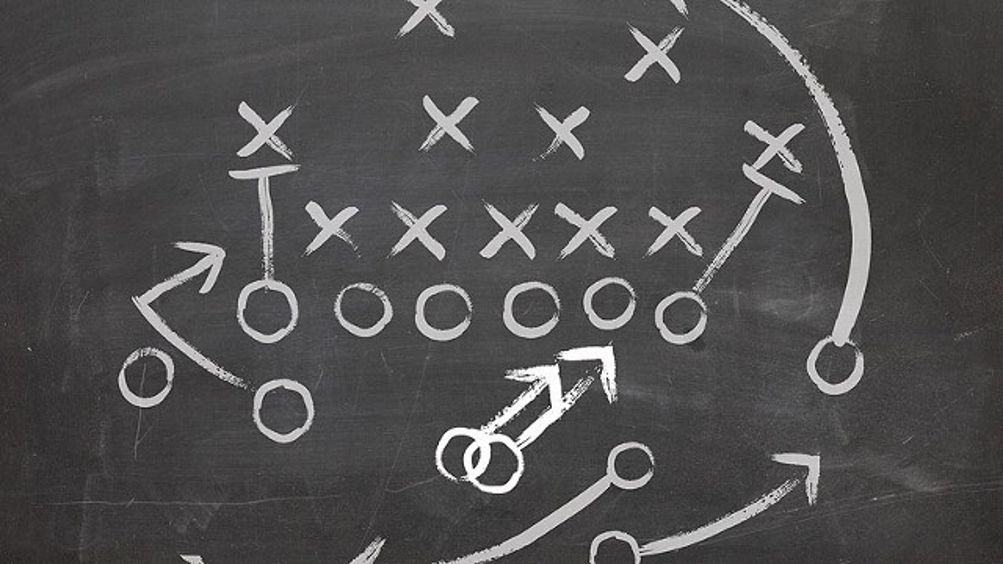 It has been a year without a spring in Lincoln, Nebraska. Summer came in fast and hard, and the annual Red-White scrimmage had to be postponed because of a tornado warning — thereby confounding those people who believed all their lives that the game would not have been postponed even for an actual tornado. The whole natural world seemed to accelerate to all points of the compass. Summer had itself a running start.

There is a joke — actually, there are several dozen, and many of them completely foul — to be made about the “heat” coming down on the Nebraska football team as April turned the corner into May. One of the team’s assistant coaches, Ron Brown, went up to Omaha and testified in opposition to a proposed anti-discrimination ordinance aimed at protecting gay citizens in that city. The ordinance passed, and then things got a little closer to home when the City Council in Lincoln took up a similar law.

Brown’s opposition was clear and unequivocal; he maintains that the anti-discrimination statute is contrary to what he believes are scriptural injunctions against gay sexual activity. (Brown has made a second career out of being an “inspirational” Christian speaker, and it was he who organized the prayer circle after the Penn State–Nebraska game last season just after the molestation scandal at Penn State had broken.) “The question I have for you all is, like Pontius Pilate, what are you going to do with Jesus?” Brown said in Omaha. “Ultimately, if you don’t have a relationship with Him, and you don’t have a Bible-believing mentality, really, anything goes …. At the end of the day, it matters what God thinks most.” Brown also said he’d be “proud” if his views got him fired. After Brown’s testimony, there were calls for his resignation that continue to this moment.

The Nebraska football community was seriously wrong-footed; the local talk-radio stations talked more about gay issues over the past few weeks than they had in the past five years. There are ongoing arguments about Brown’s right to say what he feels, and what is perceived to be the city’s — and the university’s — commitment to the equal enforcement of the laws for their gay citizens and their gay students.

That Brown is speaking bigotry through the Scriptures seems undeniable. The laws he is opposing are purely secular ones, and if Brown thinks he can justify his stated beliefs through the Gospels, he hasn’t read them closely enough. And it doesn’t behoove any of us to take seriously a man who grounds that bigotry in the Old Testament if he doesn’t also keep a kosher home, there being more dietary regulations therein than there are anything else. Since the issue exploded, Brown has gone to ground somewhat, declining to testify in opposition to the Lincoln anti-discrimination law at a hearing last night, and writing to a local newspaper that he would “tolerate” an openly gay player on the Nebraska roster. Say, fella, that’s mighty straight of you.

However, that’s the nut of the issue right there. Brown’s views are narrow, intolerant, and not half as Christian as he thinks they are. But the laws in question ban actual discrimination. They do not ban approval of discrimination. They do not ban prayerful support of discrimination. Whatever Brown thinks, and whatever he says, ought not to be touched by any law. Whatever he does is the important thing, and the only thing that ought to cost him his job. But his case has emerged at an interesting time in the history of our games — when the stranglehold of a certain splinter of American Protestantism over our public religious piety is weakening, and when the tough-guy macho culture of football is imploding under the grotesque weight of mounting medical evidence of the harmful effects of concussions, and when, slowly but certainly, sports are also emerging as places where all Americans, gay and straight, can gather together and cheer.

The real momentum has come from the National Hockey League, and, specifically, from Brian Burke, the general manager of the Toronto Maple Leafs. No straight man has ever done more for the cause of toleration in sports than Burke has. His son, Brendan, an openly gay man and a hockey player himself, was killed in an automobile accident. Burke has taken on homophobia in sports as a tribute to Brendan, and he has done it with a vengeance. Last September, he demanded that the NHL punish players for using anti-gay slurs on the ice during the game. In addition to Burke’s work on the issue, several teams — including the Boston Red Sox and Chicago Cubs — have taken part in the It Gets Better Project, a series of advertisements aimed at empowering gay teenagers. And, when his team was rolling toward the Super Bowl, New Orleans Saints linebacker Scott Fujita stood up in support of gay marriage when asked about it; he later cut a television commercial supporting marriage equality. All of this was unthinkable a decade ago.

At the same time, of course, a reflexive fundamentalist religiosity still suffuses sports all the way down to the most basic level. Ron Brown is a product of that culture who has taken to proselytizing for it among impressionable young people. I have no doubt that he believes what he says. I have no doubt that he believes firmly in the rightness of what he sees to be his cause. He goes out and preaches it, using his considerable stature with the Nebraska football program to do so. In fact, the constitutional case for dismissing Brown is on the grounds of promoting religion on the public dime in his capacity as a high-profile employee of a public institution.

There was a time, and not so very long ago, when Brown could have said what he said with complete equanimity and secure in the knowledge that nobody of any influence would gainsay him on his beliefs. Being an anti-gay bigot was still deeply tolerated both within Brown’s profession and within the culture at large. The only real opposition would come from the organized gay-rights community, which the panjandrums who run our major sports institutions felt safe in ignoring. It took until 1987 for President Reagan to mention the word “AIDS” in public, and even longer than that for his dilatory response to the epidemic to be considered a serious blot on his record by the public at large.

However, after some 40 years of vigorous advocacy, there is something like an equal power to push back against faith-based bigotry. As a resident of Massachusetts, where we’ve had legalized gay marriage since 2004, I can say with certainty that the resistance to that idea is pretty much doomed demographically. In 50 years, our grandchildren are going to wonder what all the fuss was about. Equality for our fellow citizens who happen to be gay has a cultural and social momentum behind it that can now, in certain specific instances like this one, be more than a match for people who believe the way Brown does, as he has learned to his own disadvantage over the past month.

No action should be taken against Ron Brown … That’s not what we should be doing to people in this country. But somebody should take him aside and explain to him that the world is changing around him and that, for everyone’s sake, it’s time for him to adjust or get out of the way.

In the past 10 years, we have seen the barriers to marriage equality fall. In the past year, we have seen the bar to gay people serving openly in the United States Armed Forces fall. (Pretty soon, at one of our bizarrely militarized major sporting events, we may have four gay pilots doing the flyby.) Sports were supposed to be the last real redoubt, and you can feel the ground shaking there, too. I do not believe that any action should be taken against Ron Brown based on what he says and what he believes. That’s not what we should be doing to people in this country. But somebody should take him aside and explain to him that the world is changing around him and that, for everyone’s sake, it’s time for him to adjust or get out of the way. Nobody is asking him to abandon his faith. They’re just asking him to grow within it, to take the essential message of love that is the heart of the Gospels and to apply it generally, as all Christians are called to do, and without any legalistic nonsense about “loving the sinner but hating the sin.” If he’s going to loosely toss around the name of Pontius Pilate, he should go back to his Bible and remember that Pilate was forced to provide a secular execution to appease the local religious authorities. “I find no basis for a charge against him,” Pilate said, and then sent Jesus to Calvary anyway. There are lessons that Ron Brown needs to learn. He wouldn’t have five minutes for a player who couldn’t adjust on the fly. It’s time for him to realize that it’s his turn now.