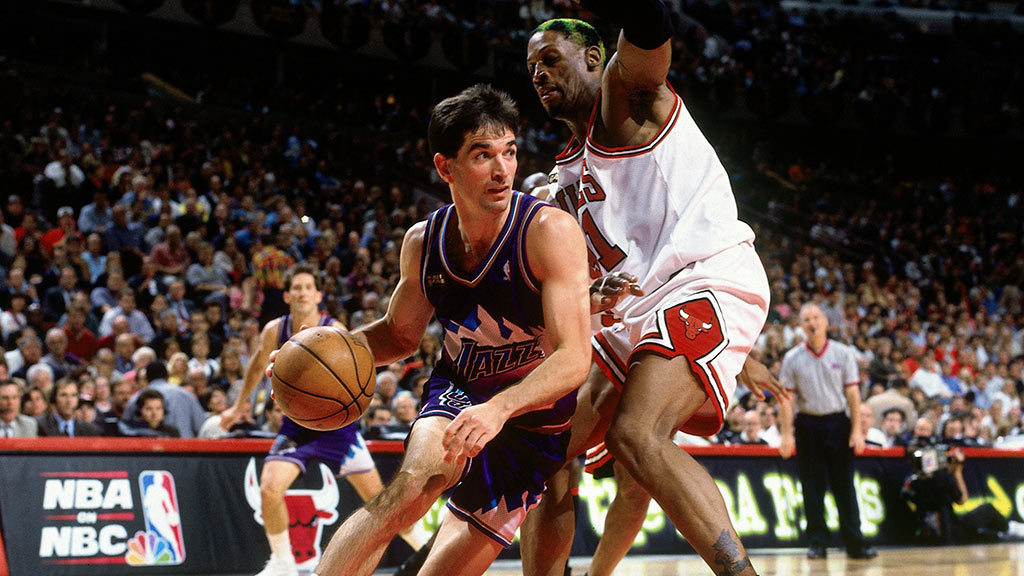 There is only one outcome that really matters when sports and work stoppages collide. With apologies to tales about decertifications and labor lawsuits, play-by-play simply isn’t as invigorating in the court room as it is on the court. Pundits will pretend to care about lawsuits and sports talk hosts will call lawyers to kill time, but all anyone really cares about is when the dispute will end and play will resume.

Tuesday’s courtroom activities included an unfair labor practice charge and a federal lawsuit against the players’ union, which the league alleges is not negotiating in good faith. (See? Even with all the drama, it’s just inherently uninteresting …) Both actions signal the end of bargaining. At this point a fingers-crossed, best-case scenario is the NBA and the union reaching a resolution in time to preserve a handful of regular-season games.

The lockout of 1998-99 resulted in a truncated 50-game schedule and ended any hopes the league held for a smooth transition from Michael Jordan’s retirement to its new crop of stars. The other memorable byproducts of that lockout? David Stern’s beard and quotes like this one from Patrick Ewing, the then-president of the players’ union: “If you look at people who play professional sports, not a lot of them are financially secure. They make a lot of money, and they also spend a lot of money.”

Did NBA players, front offices, and union representatives learn anything from the last lockout? Here are the lessons of 1998-99, along with a few predictions on the current teams and players who might repeat history. 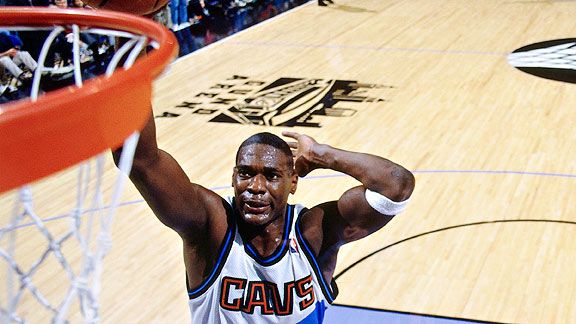 How does a shortened season affect older teams?

Then: Before they were locked out, the Utah Jazz, built around Karl Malone, John Stockton, and Jeff Hornacek with capable role players such as Bryon Russell, Howard Eisley, and Greg Ostertag, stood next in line for the throne vacated by the Michael Jordan and the Bulls.

For most of the regular season Utah played the part, but the takeover started to unravel with about two weeks left as old legs started to feel the strain of a season that was more sprint than marathon. NBA veterans build their schedules around continuity, and it’s possible that the shortened season put an old Jazz team out of its rhythm. The Jazz split their final 10 regular-season games and lost a tie breaker to San Antonio. A first-round matchup against an up-and-coming Sacramento Kings team knocked the wind out of Utah. The Jazz survived that series and eventually lost to Portland in six games (Malone went 3-for-16 in the final game). Utah has not returned to the Finals since the year before the lockout.

Now: The 2011-12 Boston Celtics could be devastated by a prolonged lockout. It’s perfectly reasonable for someone to make the argument that Boston can rebound after last season when they were unsettled by the Kendrick Perkins trade and Shaquille O’Neal’s will-he-or-won’t-he-play drama. It’s harder to see Boston’s veteran legs outlasting teams in a shortened season in which games would be played on a tighter schedule. Additionally, if a whole season is missed and the contracts of 2011-12 never come into play, Ray Allen and Kevin Garnett will become free agents and Boston will likely be denied ever having a last run with the core of the 2007-08 championship team. Only Rajon Rondo, Paul Pierce, and Avery Bradley are currently under contract for the 2012-13 season. 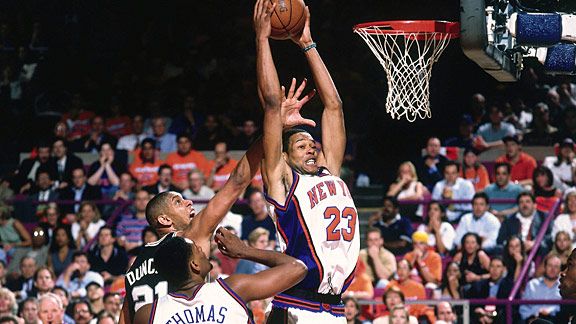 Can you sprint your way to a title?

Then: Before the last lockout, the Knicks had won at least one playoff round in each of the previous seven seasons. They were primed for a breakthrough, but not necessarily with the roster pieced together post-lockout. The Knicks took the bait and traded for an unproven Marcus Camby and a high-risk, high-reward Latrell Sprewell, fresh off his suspension for choking P.J. Carlesimo. In the process, they dumped mainstays Charles Oakley and John Starks.

When the lockout ended, Ewing reported overweight and was still recuperating from wrist surgery, Camby played 19 seconds in his debut with the organization because Jeff Van Gundy questioned his work ethic out of camp, and Sprewell missed the first two games with an injury and then came off the bench. Meanwhile, Van Gundy — involved in a fractured relationship with general manager Ernie Grunfeld — fielded questions on his imminent firing and reports of the Knicks “secret” flirtations with Phil Jackson. The Knicks still managed to slog through a 27-23 regular season and backed themselves into the playoffs as the Eastern Conference’s final seed.

The Knicks’ regular season did not hint toward any type of postseason success in a lockout-breached season or any other for that matter. But Allan Houston’s clutch shot propelled the Knicks past the Miami Heat in the first round, as New York became only the second eighth-seeded team to beat a top seed. The Knicks then swept an overwhelmed Atlanta team. Ewing went down in the next round against Indiana, but Camby evolved into one of the most athletic players on the floor, Sprewell entered the starting lineup, and Houston continued his solid play, scoring 32 points in the series-clinching win.

In the Finals, the Knicks ran into the tag team of David Robinson and Tim Duncan.

But their fleeting success that season ran against the conventional wisdom that only teams that have been together, played together, and won together can succeed in neutralizing the effects of a prolonged lockout.

Instead of preserving the momentum, of course, the Knicks lost to Indiana in the Eastern Conference finals the next season, traded Ewing, and fumbled through bad decisions and awful decisions (Antonio McDyess; Steve Francis; Stephon Marbury; Eddy Curry; Jerome James; Isiah Thomas, the coach; Isiah Thomas, the executive; etc.).

Now: It’s hard to predict if a current NBA team will be able to replicate the 1998-99 Knicks run because no one knows when free-agency movement will occur and who will wind up where. If things are the same — which they won’t be — it’s hard to argue against Memphis sneaking into the playoffs and going even further than it did last season. The Grizzlies have the young legs, the volatility, and the right mix of defensive commitment and streak scoring to thrive in a shortened season. 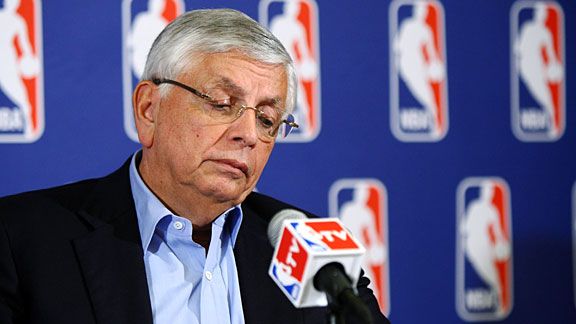 What happens when the thrill is gone?

Then: Other than the Jordan-less Bulls, the Seattle SuperSonics suffered the worst post-lockout drop, falling from 61-21 in 1997-98 to 25-25 in the lockout season. The 1997-1998 Sonics fought their way to that stellar record without Shawn Kemp, who had left for Cleveland in the offseason. After the lockout, the momentum was gone — Vin Baker’s precipitous decline, Nate McMillan’s retirement from his playing days, and George Karl’s exit to make way for the reign of Paul Westphal spiraled the organization into mediocrity.

Now: Reality may set in for the Denver Nuggets. They were one of the NBA’s best stories last season and persevered despite the constant rumors surrounding the franchise-altering trade of Carmelo Anthony. The 2010-11 Nuggets were the team that could, but every team eventually needs a go-to scorer. Of the players currently on the Nuggets roster, who would you want taking a last-second shot? Al Harrington, Danilo Gallinari, or Ty Lawson? 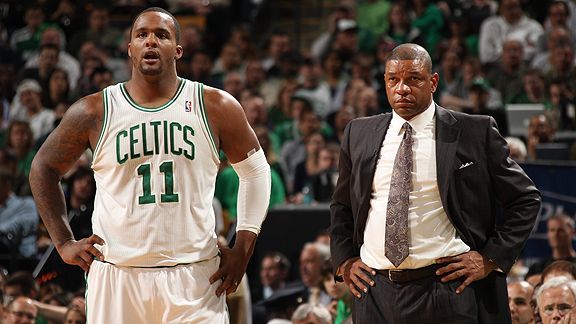 There is no “I” in team, but there is one in overweight …

And then there are the added variables of what players exactly did or did not do during their added time off.

The ’98-99 NBA lockout marked the steady decline toward irrelevance for players like Shawn Kemp, Vin Baker, and Bryant Reeves, who ballooned during the downtime. Several others waited until the start of an abbreviated training camp to drop the added 10 or 15 pounds.

More players are now cognizant of year-long training and conditioning programs. But if you’re a team interested in Glen Davis, aren’t you worried about not seeing him on a court for a while?

Portland fans had a right to be concerned after watching video of Raymond Felton, who enters at about the 39-second mark of this clip from the NC Pro-Am. He looks like a roly-poly.

Players who are not careful and mindful could fall into the following categories:

This is obvious. If a season is shortened or canceled, there is less time for rookies such as Kyrie Irving and Derrick Williams, and others to acclimate to the pace of a new league. The 1998 draft produced a solid class of Vince Carter, Dirk Nowitzki, and Paul Pierce. With those players all on the table, the Clippers chose Michael Olowokandi first overall.

Olowokandi, of course, became one of the biggest busts in league history, but it’s worth wondering if he might have fared differently had he undergone a standard training camp, and if his teammates, coaches, and front office hadn’t been completely distracted by labor negotiations. Would he have been as big of a bust? Probably, but who knows?

The lockout already weakened the 2011 draft class when prospects bypassed entering an unsettled NBA for another season of college. The draft then developed an international flair, as a slew of unknown foreign players took advantage of a weak collegiate class. All of the rookies, but especially those like Enes Kanter, Bismack Biyombo, and Jan Vesely, have to adapt to the American game. They will be further handicapped by the lack of a standard training camp.

Those Who Need to Stay in Shape

Along with Felton and Big Baby, a.k.a. Uno Uno, Baron Davis fits this category. A homecoming and huge contract did not motivate Davis when he arrived with the Clippers. For most of his first season in Los Angeles, he played overweight and was a shell of his explosive self. Davis is now in Cleveland, where he will likely back up/mentor Irving. Neither serves as motivation to right the ship.

Extended rest will benefit a veteran like Kobe Bryant, aware enough to recuperate during extended downtime and competitive enough to return to shape long before the lockout ends. For other veterans, it will only push them further toward retirement/irrelevance. Vince Carter is an example of a player who falls into this category.

Too Much Free Time

This category is for the players who need the strict schedule that basketball provides, not only to develop their skills, but also because their coaches are afraid of what they will do/come up with during a surplus of free time. Michael Beasley was already pulled over for a speeding incident this offseason, and authorities allegedly found marijuana in his car.

For some teams, the lockout will be a bump in the road. Others could be set back for years if history repeats itself. Everything remains uncertain, except for this: Mike D’Antoni already has a built-in excuse with the Knicks. This will be the second season that he did not have a training camp with Amar’e Stoudemire and Carmelo Anthony together.

Somehow, it’s always something with the Knicks.