The Draft After Dark 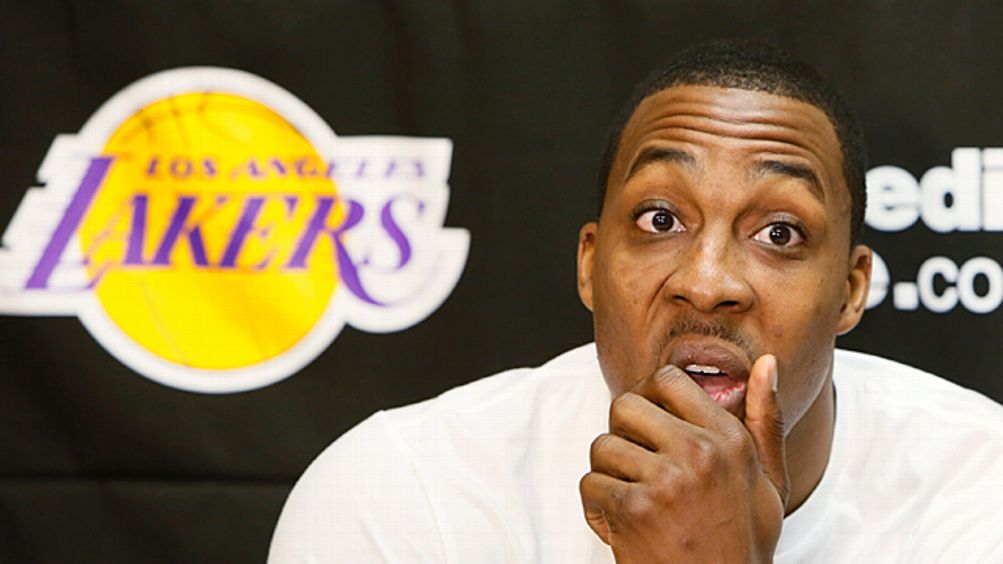 Were it up to me, ‘Fi were king of the forest, the NBA free-agency period would take place in the Andromeda Galaxy, far from the eyes and ears of humankind, and at a sufficient distance that light would take two and a half million years to get here and, by then, whatever team was dumb enough to fall for Dwight Howard’s annual con this season might just be finishing up paying off the last of his contract. Then the season would start, and all those players would be on different teams, and we wouldn’t have to listen to all the evolving reasons why.

There are many things I love about the NBA. Regardless of what you may hear from the college basketball fascists, and from angry romantics nostalgic for a good back pick, the quality of play is consistently high. At least at the level below the championship round, the competitive balance is more than respectable. The game presentation gets a little overwhelming for those of us in our sportswriting dotage — I fled the arena during a playoff game in Indianapolis this year for the same reasons that Noriega finally gave himself up in Panama — but that’s the case in every sport. (Ever seen a baseball game at Turner Field in Atlanta? It’s like sitting in the middle of a game of Tron.) That horse is out of the barn, over the hill, retired at stud, and sitting around in a smoking jacket counting its money. Even the draft is still fun; I’m sure that Sergey Karasev is using that Cavs hat they gave him for a bathtub by now.

But NBA free agency is the biggest carnival of egos and the biggest parade of public hysteria in all of sports. If I have to hear one more analyst tell me that Player X is considering going to Dallas or Houston because of the tax implications — like the player is Milton Friedman or someone, and like his agent doesn’t sprinkle decimal points on the puppies the agent eats for breakfast — I may go Elvis on my television set. NBA players are never more insufferable than when they are putting themselves up for bid, and NBA fans are never more pathetic than when confronted with the possibility that Superstar Y may be leaving town. It is a public context that rewards nakedly mercenary behavior and then encourages the general public to behave as though someone had stolen their childhood right out from under their beds. It is a public context in which the player is enthusiastically encouraged to demolish every single bit of goodwill he may or may not have accumulated over the first several years of his career. It is a public context in which fans are encouraged to hate with the heat of a thousand suns — no, Michael Beasley, not you — those players they had been idolizing only three weeks earlier. The extended German opera thrown by the city of Cleveland upon the departure of LeBron James in 2010 was only the most baroque of these annual ceremonies. Every year, fans of the team losing the player do everything but hurl themselves off cliffs in despair.

Look, folks. This isn’t football. You don’t need 30 guys to retool your franchise. You only need one. Or two. Or half of Andrew Wiggins. A player leaves and another one shows up. Things are very rarely as bad as they look at the moment. What gets lost in all the agonized moaning is that most of the players you lose, and most of the ones you most desperately want, are operating at a level so remarkably beyond avarice that they seem to have departed the empirical plane of their own lives. Let us examine two such examples, and let us then decide to chill the hell out for a spell.

Is there any good reason for anyone to believe anything Dwight Howard says at this point?

He’s on the market again. On Monday, as the bell announcing the opening of the free-agency market was still pealing, he was being romanced by Houston and it was said that the Rockets were attractive to him at least in part because Texas has no state income tax. (This is a nice perk if you’re Dwight Howard the ballplayer, who will be making a gazillion dollars and can afford your own private police force. It’s a bit of a drag if you’re Dwight Howard from the Third Ward who’s trying to get him some public services.) Yao Ming Skyped in to pitch the team, and Howard’s also met with Hall of Famers Hakeem Olajuwon and Clyde Drexler, as well as with James Harden, who likely will not be joining them in Springfield. He’s going to take the grand tour. Howard will be meeting with Golden State and Dallas, too, before deciding whether he wants to pick up the great burden of being a celebrity athlete in L.A. again.

Is there a bigger fake in this league? Seriously, the guy came into the NBA with a smile on his face and Bible verses on his shoes, and there hasn’t been a player in my memory who’s dived for every nickel with the enthusiasm this guy has demonstrated. (Dwight? Rich man. Camel. Needle’s eye. Google these terms along with “New Testament” and get back to me.) He can’t help being injured. He can help being miserable, though, and this guy is simply never happy. He wasn’t happy in Orlando. He wasn’t happy in L.A., and he’s not going to be happy wherever he ends up next. This would be tolerable if he brought championship ball with him. (Shaquille O’Neal wasn’t always a field of buttercups, either.) But the guy doesn’t necessarily help you win. He looks great — not good. Great — in the uniform. At the baggage carousel, there’s nobody more formidable. On the court? Not so much. He couldn’t really mesh with Kobe Bryant and he never really got along with Mike D’Antoni, and now he’s back running the grift again. Please, Houston, sign this guy. Moses Malone will come back from retirement just to kick his ass.

Then there’s Chris Paul, who has condescended to return to Los Angeles now that the Clippers gave him 107 million good reasons to be coached by Doc Rivers. This is another guy with a costume-jewelry résumé whom the league nonetheless slobbers over. You have your analytics and I have mine, but if you’re a big-money point guard, the basic metric is whether you can get your team to win anything and, right now, Paul’s got one division title with L.A. He, however, has fewer rings than Rajon Rondo or Mario Chalmers. But he gets to hold up the Clippers to the point where they raid another team for its coach, throw the league into an uproar, launch a brawl between my favorite person in the NBA and my, uh, boss, and all so that Paul won’t take his stylish, couldn’t-beat-the-Grizzlies-with-a-hand-grenade hindquarters somewhere else in the league. The barstools are full of point guards who guided their teams to a loss in a six-game playoff series.

I’m all for every player getting every nickel he can get out of any owner who wants to pay it. There has not been a single labor-management dispute in all of sports for the past 40 years that has not seen me squarely on the side of the people who do the actual work. (Sports management lost me forever during baseball’s collusion fakery in the mid-1980s. And let’s not even get into the NHL and the three most useless lockouts in the history of man.) In my experience, which is now long enough to be called “extensive,” the management side of any sports industry couldn’t find the truth if Diogenes himself were running the polygraph. So, no, this isn’t about “greedy athletes.” I frankly couldn’t care less.

Which is, in fact, what I am recommending to every NBA fan out there. Find a way not to care less. There will be another player for your team. There always will be another player for your team. (Hell, wait around long enough, and Howard likely will get around to signing with your team.) The Bucks, of all people, could lose Brandon Jennings and pick up J.R. Smith. That’s the kind of swap that baseball people can waste an entire February chewing on, and it’s only about two players. Hope your boys make a run at Tony Allen or Tyreke Evans. There will always be another player. And you really only need one. Or two. Or half of Andrew Wiggins. It’s summer. Be cool. And hope your team doesn’t fall for Andrew Bynum.