Class Is Still in Session 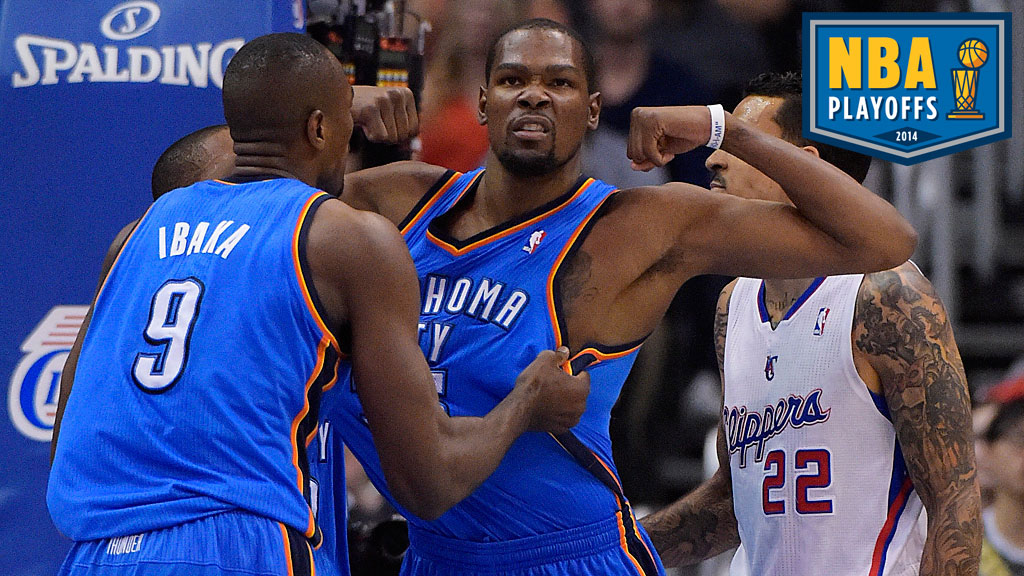 When what is rapidly becoming an epic playoff series between the Clippers and the Thunder was in Oklahoma City the last time — which was on May 7, when the home team roasted the visitors over a slow fire — Los Angeles coach Doc Rivers was almost through with his postgame press conference when somebody asked him the following question:

“Doc, there’s a report that Shelly Sterling wants to keep control of the team. Would that be acceptable to you?”

Rivers responded first with a sigh that began somewhere east of Muskogee. “Boy,” he said. “Almost made it out of Oklahoma City. It was so close. We almost made it.”

“Would that be acceptable?” he was asked again.

“I don’t know,” Rivers replied. “I’m not prepared to make a comment on it, right now, so I’m not. I like to wait. Things are going, let’s just put it that way. I don’t have a comment on that.”

Not that he really could dodge it or anything. After all, he was going home to L.A., where Donald Sterling was still talking and estranged wife Shelly was still trying to keep the Clippers in the family and showing no signs of letting go until everybody had ridden every thrill ride in Depositionland.

What we have here, besides two superbly matched professional basketball teams putting the wood to each other, is a playoff series truly fit for the new media age. First, a surreptitious tape gets leaked in which Clippers owner Donald Sterling is caught being basically the same reptilian creep he’s always been. This explodes all over the Internet, morphs itself into debates over free speech, secret recordings, and what a terrible owner Sterling always was. Then NBA commissioner Adam Silver gets to publicly drop the hammer on Sterling and cements his commissionership for the next several decades. While all this is going on, Oklahoma City star Kevin Durant wins the league’s Most Valuable Player award. He marks the occasion by giving a heartfelt shout-out of an acceptance speech that detonates on YouTube and makes Durant, whose public image always has been maddeningly vague, into a cuddly, grateful superstar whom nobody will ever call “Mr. Unreliable” again. Instead, he received a massive ovation before that night’s game had begun. And, Tuesday night, when the Thunder won a mad hooley of a game by erasing a seven-point L.A. lead in less than a minute — an ending that took everyone’s breath away except for Rivers’s, who had enough left to be infuriated by a clearly blown out-of-bounds call at a pivotal moment — Durant and his mom were in the middle of a wild celebration in Oklahoma City.

(And we need not point out that shortly after all this took place, the St. Louis Rams drafted Michael Sam, which triggered a social-media moment of its own, and resulted in a member of the Miami Dolphins being fined for ill-tempered remarks on Twitter. It also has resulted in former Ole Miss basketball star Marshall Henderson apparently checking in from Pluto. It wasn’t me. It all was a science project! That’s an alibi for the damn ages, right there.)

Like most of our older institutions — coughnewspaperscough — sports was slow to appreciate the power of the technology that has blossomed over the past 20 years, and even slower to realize the extent of its impact. Anything involving communications — which, as Aristotle put it, is the only thing that distinguishes human beings from the other herd animals — was transformed with such dizzying speed that life itself seemed accelerated. In the wake of this transformation, a great deal of what once was presumed to be our invulnerable privacy was sacrificed. It used to be that, if you were a bigot who owned a sports team, you could do your sorry business in a nice, dark office. (That’s how Major League Baseball got itself segregated.) Now, though, who knows? Maybe that chanteuse you’ve been canoodling with in that gin mill down the block is wired. And, then, one fine morning there you are, bloviating out of every desktop in Christendom. Suddenly, you discover that angry people in Alaska are calling for your head.

There are undeniable dangers to this, of course. The Internet — and the Twitterverse, which is the Internet on crystal meth — is a marvelous environment for raising up an unthinking mob. (Which is what comedian Patton Oswalt has recently been up to.) But there is no question that it all is part of the environment within which Doc Rivers is trying to coach his team, and in which Kevin Durant is trying to get the championship that will be the definitive validation of his great talent as a player. Rivers has to confront the reality that his team’s executive offices may well turn into five alarms in Shanghai during the offseason. Durant’s team can blow a 16-point lead in the fourth quarter on Sunday, but that’s OK, because, man, you see how much that dude loves his mother? It is a series conducted aboard a speeding carousel of impromptu new realities, one after the other. Red Auerbach never had these problems when he was getting his teams ready for the Rochester Royals, to say the least. 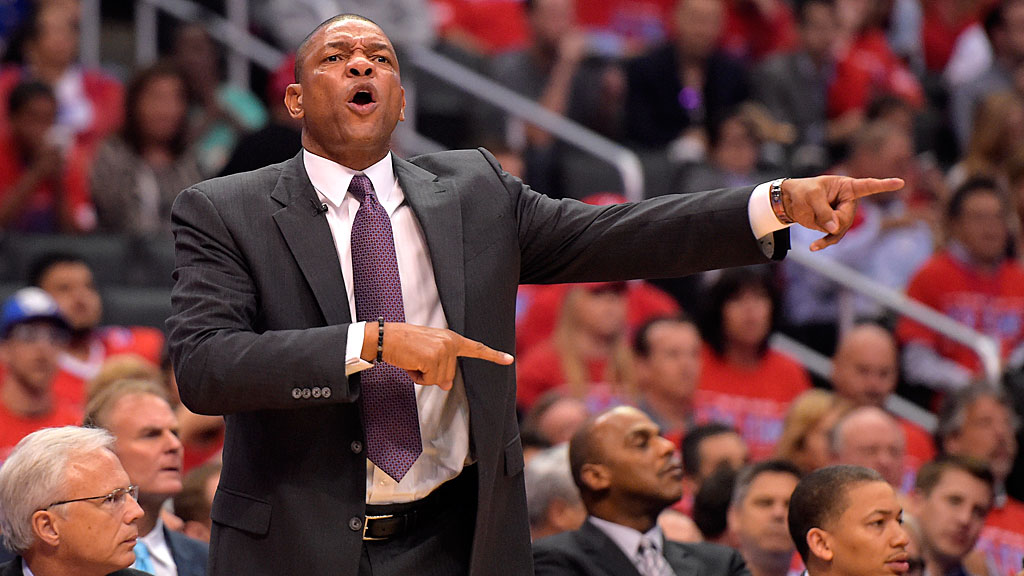 One of the most intriguing developments of the last couple of weeks was the revelation that, amid a cache of old newsreel films that had been found beneath the permafrost of Dawson City, deep in the Canadian Yukon, was some extraordinary, well-preserved footage of the rigged 1919 World Series. That was the way distant populations watched their sports back then. Even an epochal moment like that World Series came to town at the movie theater. The deliberate fraud of the Black Sox was something you watched before the projectionist teed up The Miracle Man or The Oyster Princess. One of the clips they dug up in the Yukon was of one of those giant scoreboard-type things they used to hang on the outside of newspaper buildings, the ones where the little player figures would get pushed around the “basepaths,” like they were the tiny shoe or the thimble in a game of Monopoly, while the play-by-play was sent to the paper by telegraph. That was how the people in the competing towns watched their sports back then.

Technology improved. Radio came in, and then television. Now, you can sit in traffic and watch the NBA playoffs on your telephone. Still, sports require the construction of their own internal — and very profitable — mythologies. This has resulted in a curious phenomenon: the development of myth without imagination. This is because, while sports needs mythology, as games were brought closer to larger audiences, enjoyment of them became increasingly less dependent upon the imagination of the individual customer. Once, kids in Iowa, listening to that nice Reagan fellow re-creating games on WHO, had to picture Wrigley Field in their minds. Then, they could see it in their living rooms. Now, they can virtually hold it in their hands. But the mythmaking properties on which sports so vitally depend found a way to exert themselves even as imagination became less important, because the new modes of mass transmission showed us more of the actual games. Television was an industry based on the proposition that myths could be made right before your eyes, that the audience would never notice the strings, or the hands within the puppets, or that nobody shot at our ships in the Gulf of Tonkin.

Now, though, with the hyper-acceleration of communication, reality can shift in an eyeblink, and old myths can be replaced by new ones in the course of an afternoon. Further, the democratization of the mass media has enabled individual athletes to more easily create their own myths themselves. (It took Muhammad Ali years to craft a new public persona. It took Kevin Durant less than a day.) Many of them, of course, don’t realize that, once you’ve created your own myth, it’s up to you to sustain it, lest a new instant reality appear and destroy it.

You’ve been able to see the institutions grappling with how fast everything changes, how quickly new realities are created. You could see it in everything from David Stern cracking down on Allen Iverson to the policies enacted by many teams at many levels that prohibit tweeting from the locker room. (For me, I truly would have liked to hear what, say, Russell Westbrook had to say for himself about the officiating in this series.) This is the era in which Doc Rivers has to coach his team. This is why there are no easy getaways anymore.

For centuries, athletes subcontracted the job of creating their professional identities to bards and newspapermen, to novelists and TV producers, to agents and admen and all the other subspecies of huckster that arose as new industries did. Now, it is in their hands to make or break the identity on which the myth depends. Donald Sterling discovered that, due to the way we get our information these days, there’s far less latitude to be a bigot than there used to be. Kevin Durant discovered that, by saying the right things, the way we get our information these days, you can reintroduce yourself to the public in a whole new way. And then everybody has to go out and try to win an ordinary basketball game, a game like all the others, all the way back to when word of mouth actually meant that very thing.