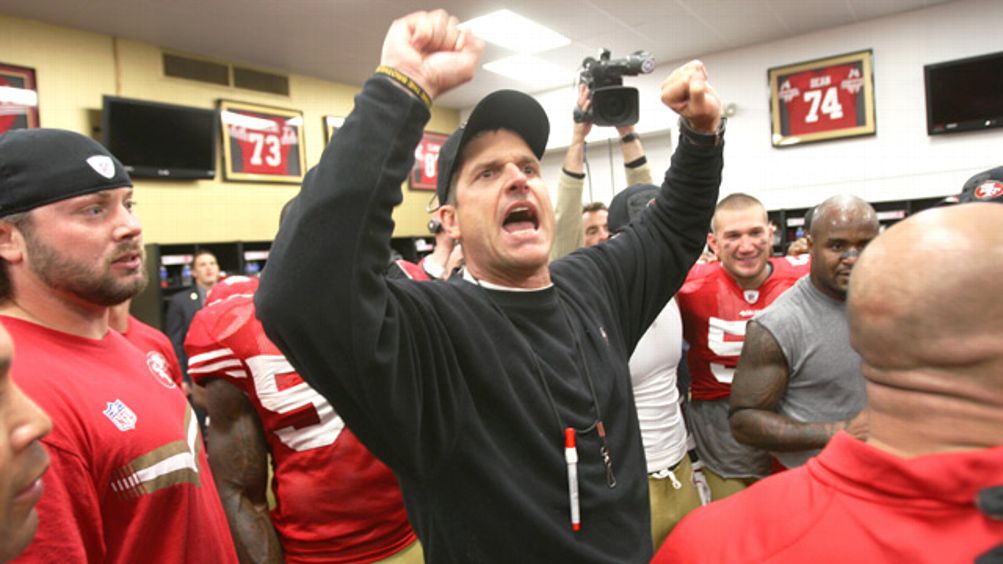 It happens every year. Before the season, fans and pundits alike throw out countless playoff predictions that fail to include one or two simply terrible teams from the previous season. Of course, unless you’re a die-hard fan of one of those teams, picking one of them to make the playoffs is a good way to attract derision. If I picked the Browns, Buccaneers, Colts, Dolphins, Jaguars, Redskins, Rams, or Vikings to make the playoffs during this year’s preseason, I’d have to pass a drug test before I’d be allowed to write another column. If I picked the Bills or Panthers to make it in, I’d have a little more leeway, but it’s not just the trendy picks who go from the bottom of the barrel to the playoffs. Since 1990, better than 25 percent of the teams who finished 6-10 or worse in the previous season have followed their dismal season by making the playoffs. One in four of those teams, on average, will find their way into the postseason this year. Last year, a whopping five made it in, including two 4-12 teams (the Bengals and Broncos) and three 6-10 teams (the Lions, Texans, and Niners).

Isn’t it worth trying to figure out whether the sorts of teams that take those huge leaps forward into the postseason have anything in common?

That’s what this piece is here to do. Those five teams from last year don’t appear to have very much in common — they made it to the playoffs on an easy schedule, divine intervention, healthy quarterbacking, an enormous defensive leap, and the single biggest coaching improvement in the history of football, respectively — but there’s got to be some sort of link between the teams who come out of nowhere to make the playoffs, right? Unearthing that link could identify those teams who are going to make an unexpected leap in 2012.

OK. Pushing it back to the advent of the 16-game season in 1978 and removing the two strike-shortened seasons from the group, there have been 72 teams who jumped into the playoffs after a 6-10 (or worse) season in the previous year. The average team in this group won 4.9 games during their down year and improved by an average of 5.4 wins1 in their shocking playoff season. Do these teams have anything in common that drove their success? Let’s test some of the more common theories and mix in a couple of our favorite statistical indicators.

Ah, the simplest fix of all. Just fire the head coach! If your old head coach was an easygoing offensive guru, bring in a fire-breathing taskmaster who’s spent 18 years as a defensive coordinator waiting for his chance to take over. If your old head coach was a real jerk, hey, bring in a player-friendly coach and watch the wins rack up as your guys all tell the media how relaxed and refreshed they are. And if it doesn’t work in the first year, well, your new coach needed a full year to implement his scheme and wash away all the awful work done by the old head coach! This general managing stuff is easy.

Every experiment needs a control: Our control in these studies, of course, are the crappy teams who finished 6-10 or worse who then didn’t make the playoffs during the following season. That takes the air out of the ” … half the teams in the study” blurb. We’re dealing with exclusively awful teams here, so it’s a sample of teams that are way more likely to replace their coach than the league average. Since 1990, just under 41 percent of teams who finished the year with a record below 6-10 have changed head coaches, and about 66 percent of those teams had a coach who was in the first two seasons of his tenure with the team. Jim Harbaugh’s success with the 49ers last season shows how quickly the right coach can transform an organization, but for every Harbaugh, there are several Mike Singletarys. There’s more to turning around a team than shaking up the leadership.

Ah, the second-easiest switch a struggling team can make! You know how replacing quarterbacks works, so I’ll spare you the preamble and get to the numbers. Thirty-three of the 72 teams who made a leap forward replaced their quarterbacks during the offseason.2 As you might suspect, the vast majority of those teams were using quarterbacks who weren’t very good. Of those 33 teams who did change quarterbacks, 22 of them were using starters who rated among the bottom 10 in football in yards per attempt. (I know that isn’t exactly breaking news.)

This is, again, a slight indicator at best for sudden playoff success. You might remember the Panthers swapping out the dismal Jimmy Clausen for Cam Newton last season, and while Newton was an upgrade, Carolina didn’t sniff the playoffs. Alternately, the Falcons were able to replace the Joey Harrington–Byron Leftwich monster from 2007 with Matt Ryan, and he immediately pushed the Falcons into an improbable 11-win season. Improving your quarterback play is always a good idea, but it’s not always a game-changer.

Unfortunately, reliable injury data only exists going back about 10 years, so there’s not enough information out there to really test the relationship between these huge changes in performance and a similar change in a team’s health. Over that 10-year stretch, though, the relationship between the changing health of a team’s starters and the change of the team’s record has been very strong; I’ve estimated it to be responsible for about 25 percent of the change in year-to-year record for all teams. So mark this one down as an Incomplete.

Ah, our old buddy. The Pythagorean Theorem/Expectation uses points scored and points allowed to produce an “expected” winning percentage for a team; historically, it’s been a better indicator of future team performance than a team’s actual win-loss record in baseball, basketball, and football. There’s going to be a longer story on this and some of the other common statistical indicators later on in our season preview, but just as the simplest rule of thumb, consider this: Of the 114 8-8 teams since 1978, 54 had a positive point differential. Those teams averaged 8.6 wins the following year. Fifty-nine had a point differential below zero. They won an average of 7.5 games. It works, I promise.

With regard to these big leaps, the idea is that some of the ground being made up by the rapidly improving team is actually already accounted for in the gap between their Pythagorean expectation and their win-loss record from the previous season. Let’s say you have a team like the 2004 Buccaneers, who went 5-11 despite the fact that they were only outscored by a total of three points. That sort of score difference is what we would expect from a team that wins an average of 7.9 games, so the difference between their expectation and reality is 2.9 wins. When the Buccaneers improved to 11-5 the following year, it looked like a massive improvement, but Pythagoras would suggest that the team was already much better than its win-loss record. In fact, in 2005, the Buccaneers had the Pythagorean expectation of an 8.9-win team, so it projected the 2004 team as particularly unlucky and the 2005 team as particularly lucky. In 2006, they fell all the way to 4-12.

The average team in our study had a point differential that was 0.8 wins better than their actual win-loss record in the year before their breakout. During their big season, they then outperformed their point differential by 0.8 wins, accounting for a swing of 1.6 wins over the two seasons.

Before you start looking for possible playoff teams with a negative point differential during last season, though, remember that oh-so-important word when it comes to experiments: control. The reality is that most teams who have a record of 6-10 or worse underperform their Pythagorean expectation; in fact, if we look strictly at the 6-10 teams who didn’t break out into playoff teams during the subsequent season, they had put up an average point differential that was 0.7 wins better than their actual record during the season. In other words, there’s nothing special about our 72 teams that stands out from the rest of the crappy pack.

Wins by a Touchdown or Less

Last-resort time. I’ve mentioned in the past that wins by a touchdown or less are mostly random from year-to-year. Is there a notable swing in our special group of teams that stands out from the pack?

The good news is that these teams clearly derive a benefit from playing better in close games. Our 72 teams only won 33.2 percent of their games decided by seven points or fewer during their down seasons, and during the playoff year, that figure rose to 63.0 percent. The bad news is that the control group came from the same exact place. The “other” teams that were 6-10 or worse won 33.3 percent of their close games during their rough seasons, and while that figure only rose to a winning percentage of .463 during the subsequent campaign, there’s nothing notable that separates the playoff teams from the ones that stay bad before the season begins. In other words, it’s a sure bet that the teams from our list that make the playoffs will end up winning a higher percentage of their close games than they did a year ago, and we can suspect that the majority of teams with a poor record in close games will be better the following season, but there’s nothing in the data that tells us which team(s) will have an unexpectedly great season by virtue of their record in those games.

Other points like strength of schedule and fumble luck befell the same fate in my research. Those 72 teams that transformed into playoff contenders were no different from the hundreds of teams who looked just like them before the season, no matter which way the data got sliced. So what’s the point of writing (or reading) about it? Well, it’s extremely important to figure out both what we know and don’t know as football fans. It saves us from having to listen to anecdotal examples that worked in one situation and pretending that they’re cure-alls that solve even a majority of teams’ problems. That makes us smarter, even if we don’t know all the answers.

We can say very reliably that one or two teams with terrible records from a season ago will make a leap into the playoffs this upcoming season. We can suspect that they’ll be healthier, play better in close games, and outperform their point differentials. We just can’t say that there’s something hidden in the numbers that makes one team more likely to rebound harder than another.